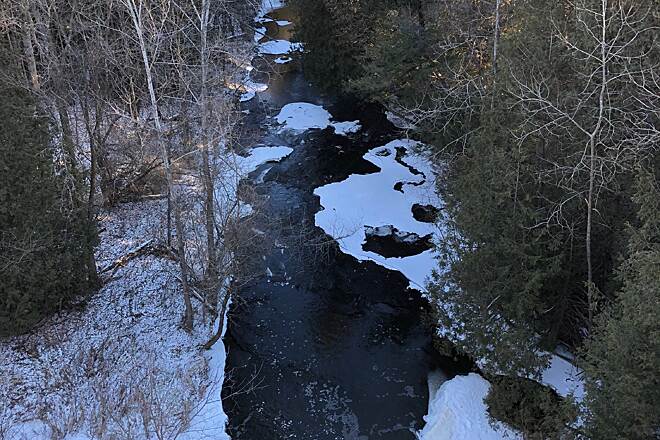 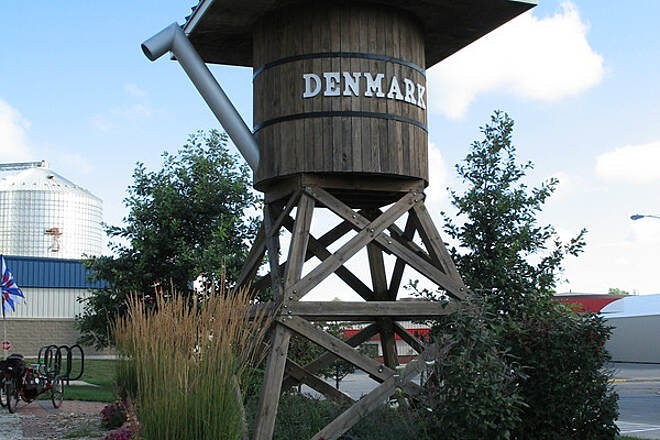 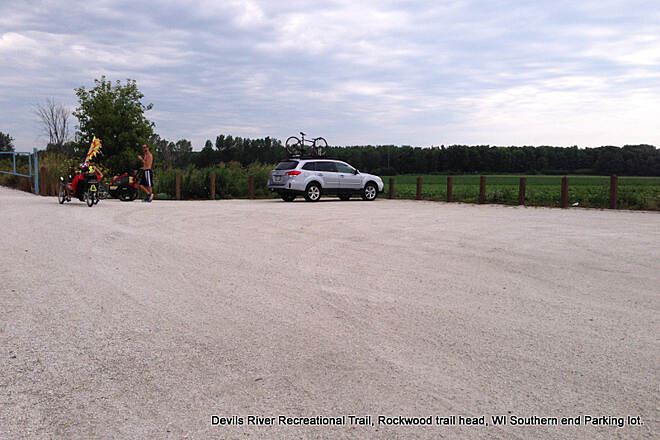 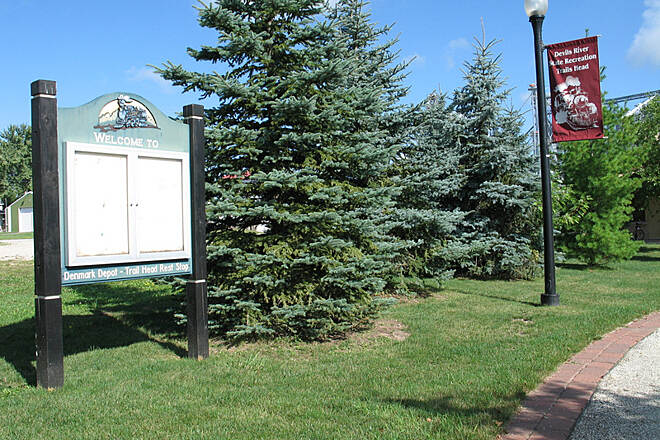 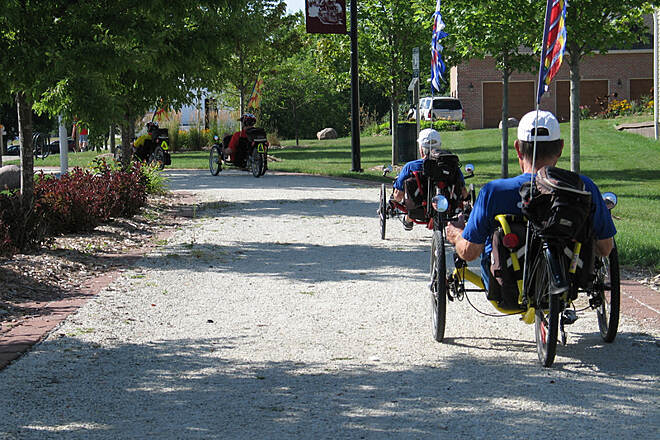 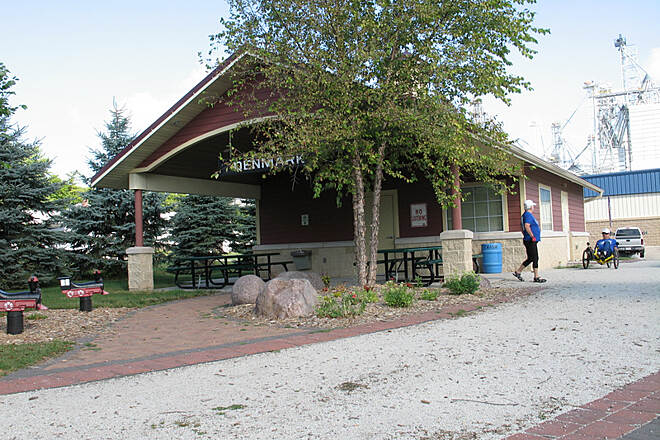 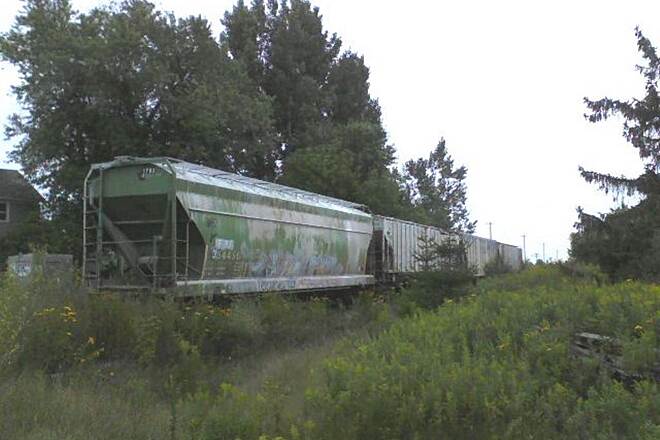 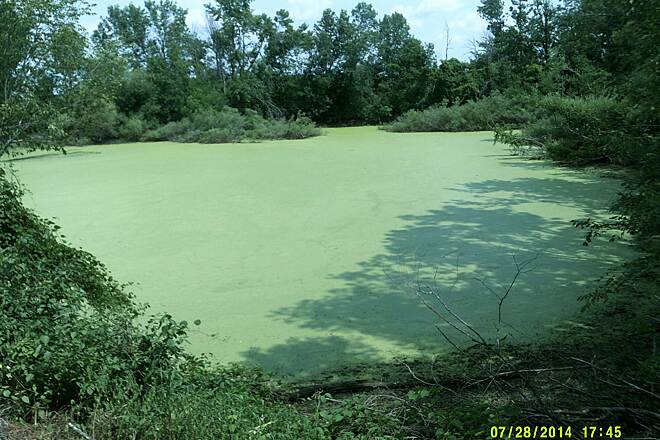 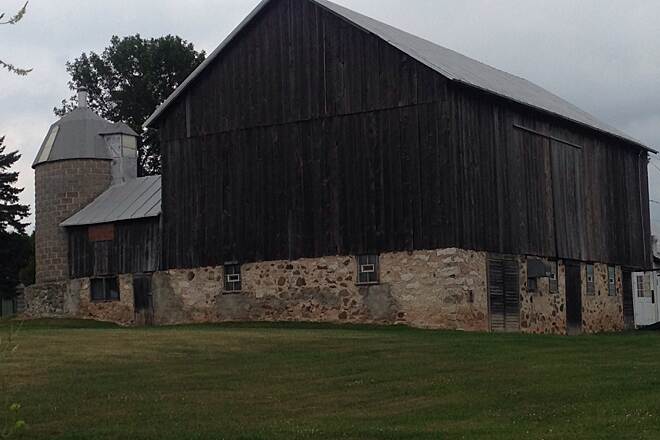 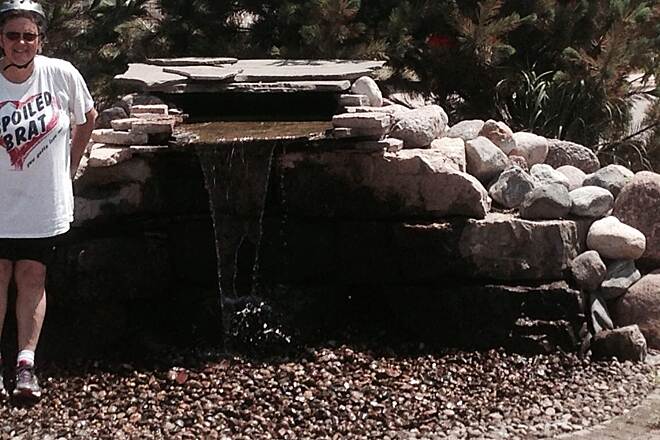 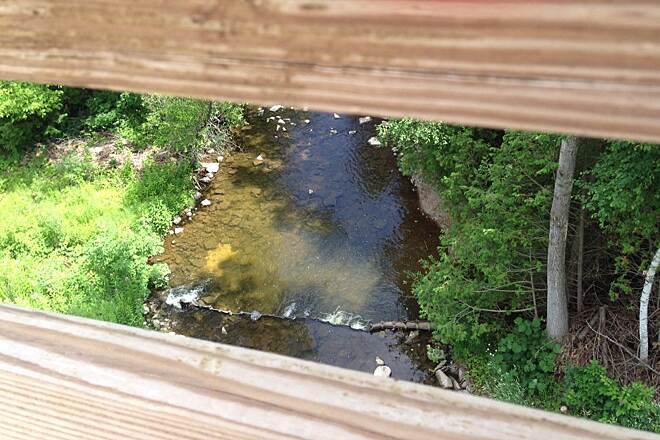 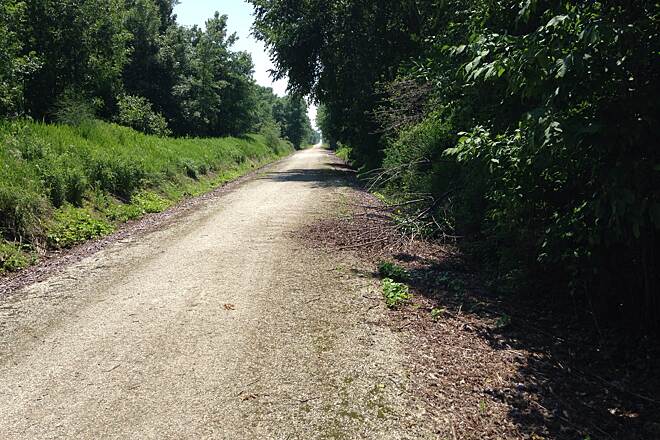 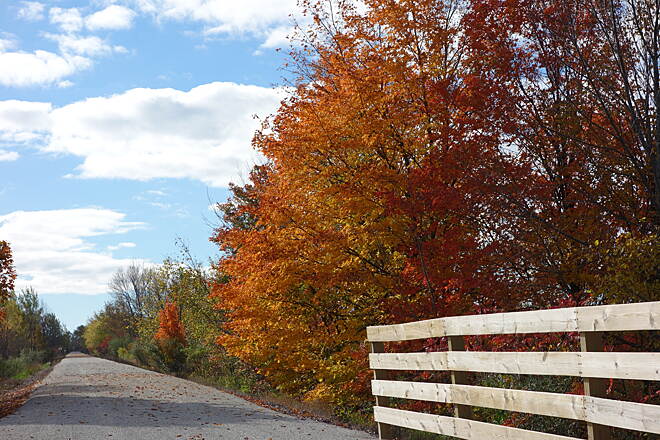 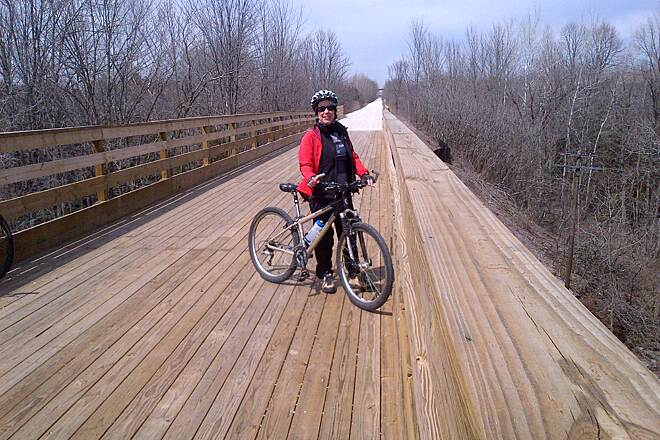 The Devil's River State Trail stretches more than 14 miles, connecting the towns of Denmark, Maribel, Francis Creek and Kossuth in eastern Wisconsin. The trail is a scenic jaunt through farmland, woodland and wetland with dramatic views from two railroad trestles over river crossings.

In winter, the trail is popular for snowmobiling, cross-country skiing and snowshoeing. In summer, walk, jog or bike. Watch for wildlife, including plentiful species of bird.

Maribel Caves County Park is located just off the trail, and Devil's River Camper Park is also nearby on County Road R. At the Denmark trailhead you'll find a park shelter with a kitchen and bathrooms plus ample parking for vehicles with snowmobile trailers.

At the north end of the trail, park in the lot off Railroad Avenue near E. Pine Street in Demark. Mid-trail, you can park in Maribel Lions Park (10300 Mulberry Street), or in Francis Creek's city park south of Oakwood Drive.

I started this trail in Denmark and rode the entire length of the trail. At Denmark, it was well marked with rest stop facilities. The trail is a very pretty trail. You see lots of wildlife as well as farm animals. It is a well maintained trail. My only complaint is that the end of the trail in Rockwood could be marked better. There are a number of buildings that may be confused for a parking lot for the trail.

My wife and I enjoyed the Devil's River State Trail this afternoon. We encountered a fair amount of rain, and this made the wet gravel a bit more difficult. So we were tired by the time we finished. Our bike computers said we did 29.75 miles for the round trip, though officially the trail is shorter than that.

We were initially surprised to discover that downtown Denmark had a festival going on, so it was busy. But parking was still available at the trailhead. I was impressed; it is a nice park for the trailhead.

We liked that trail mileage markers were posted every quarter mile.

One thing though. Heading south from Denmark all trail markers say XX.XX miles to Rockwood. We were sort of expecting something interesting at the Rockwood trailhead, but there were no services and no signs. You just get there, take a water break and snack, and turn around. My advice would be to start this trail in Denmark and do as much as you have energy for, but don't force yourself to go to the very end.

The whole trail is beautiful, but I sort of think the nicest parts are in the northern section.

Very nice, but is a long for ride for kids (under 10) so bring snacks/plenty of water.

Started in Denmark, very nice parking and restroom facilities. Drinking fountain available. The trail is well kept, crushed stone and is shady in the afternoon or early morning. Midday would be very sunny. The trail is long for a group of children. Nice park about 12.5 miles south on trail. All intersections with roads are well marked.

My son and I enjoyed a 14.6 mile ride on the Devil's River State Trail this afternoon. One last ride before college! Peaceful and beautiful, trail was in awesome shape. Impressive new bridges too.

Road completed trail today. It was a long time coming but Manitowoc and Brown Counties did a great job. The surface is a little soft in some places but I am sure after a summer of bike riders and a winter of snowmobiles it will harden up. My odometer had it just under 30 miles round trip.

Enjoy the trail and wildlife along the way.

Rode mountain bikes from Denmark to Maribel (6 miles) and took side trip to Maribel Caves State Natural Area + return. 17 miles total. Trail is complete, not partial as indicated on the DNR and Manitowoc County websites. Fine graded gravel on the 6 miles that we rode, hard packed and very nicely graded. The bridge at the Devil's River looks new and is in premium condition as of this writing. The Northern 6 miles have good shelter from the wind and the route is primarily through woods. Great trail.

Deep fresh gravel made the going a little slow

I rode this trail on July 17, 2012, and didn't enjoy it as much as I thought I would. I began at the south end, at the gravel plant on Rockwood Rd., and made it all the way to the original north terminus at Greenstreet Rd., although the trail now goes for several miles past this point. The trail is kept up well enough; but, probably because it is also a snowmobile trail in winter, the fresh gravel was laid on a little thick, and its looseness made the peddling a real slog in some places. I kept wishing it had not been applied so thickly and that the surface were more a nice mixture of gravel and soil, which to my mind is optimal for hybrid biking.

We rode part of the trail today; would have gone further if the temperatures weren't so extreme. The trail was grest and is well-kept. We will definitely go back sometime.

Travelers on the Mariners Trail will be spoiled with beautiful vistas of beaches, parks, forests and the sparkling waters of Lake Michigan....

The Rawley Point Trail is a winding, hard-packed limestone pathway from the harbor town of Two Rivers on the shores of Lake Michigan to Point Beach...

The Friendship State Trail will eventually run between Stevens Point and Manitowoc in eastern Wisconsin. Currently, two disconnected segments of the...

The Ahnapee State Trail in northeast Wisconsin provides a scenic 45-mile journey between Sturgeon Bay and Kewaunee, featuring a tour of water bodies...

The Fox River State Trail connects Packerland with pastureland as it rolls for 25 miles from the hometown of NFL’s Green Bay Packers to farming...

The East River Trail winds for just over 6 miles along its namesake waterway through the communities of Green Bay, Bellevue, Allouez, De Pere, and...

The Baird Creek Trail begins on the east side of the East River in the heart of Green Bay. The paved pathway follows the river a short distance north,...

The Shoreland 400 Rail Trail opened in 2013 on a former Union Pacific Railroad corridor through the heart of Sheboygan. More than 30% of Sheboygan...

The CE Trail, one of the longest trails in the Fox Valley region of Wisconsin, links Appleton and Kaukauna along busy County Highway CE. While not...

In western Green Bay, the Packerland Drive Trail primarily parallels its namesake roadway, just east of the airport. The paved trail is separated from...

Taylor Drive Multi-use Path is a 2.75-mile trail in the heart of Sheboygan, Wisconsin. The trail stretches from Crocker Avenue to Kohler Memorial...