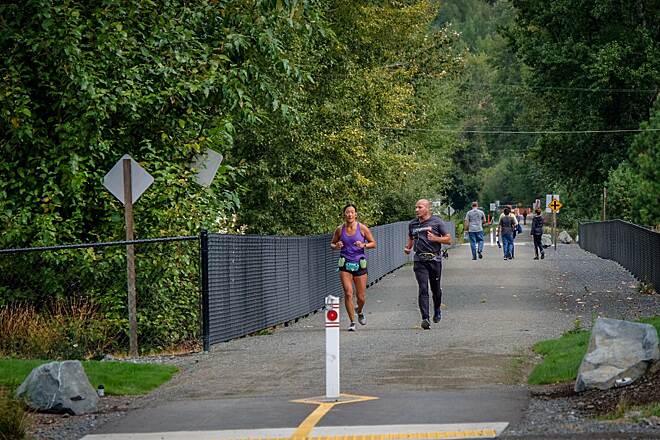 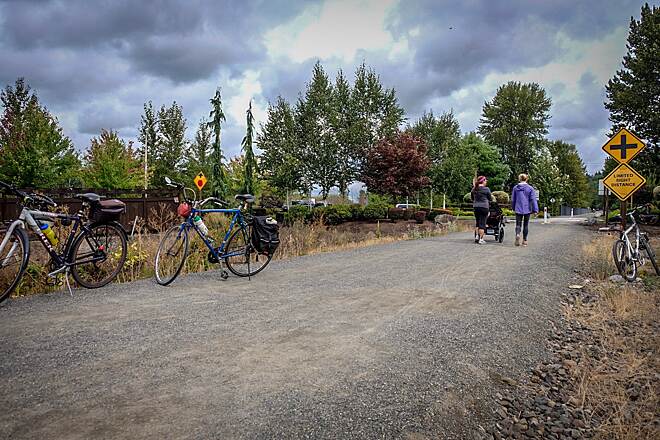 The Eastside Rail Corridor Trail, built on a former BNSF freight railroad, will one day traverse 42 miles through King County, connecting Renton, Bellevue, Kirkland, Redmond, and Woodinville. In 2018, 4 miles at the southern tip of this route—between Renton and Bellevue—opened. When fully complete, the trail will connect to numerous others, including the Cedar River Trail, located near the trail’s southern end.

The trail begins near Renton’s Gene Coulon Memorial Beach Park, where travelers will find a boat launch, swimming beach, and a playground. From there, the trail heads northward, tucked between Lake Washington and residential neighborhoods along Lake Washington Boulevard. The trail is largely tree-lined, but you’ll have glimpses of the lake as you go. Should you wish to splash in, the pathway’s passage by Kennydale Beach Park offers another opportunity.

At the northern end of the trail, you’ll end your journey at the doorstep to Bellevue’s Newcastle Beach Park, where you can enjoy swimming and picnicking, and have access to a children’s play area and a nature trail.

Another segment of the Eastside Rail Corridor Trail, known as Jane Hague Way, also opened in 2018. Other components of the project which are already open include the Redmond Central Connector and the Cross Kirkland Corridor.

this trailhead is closed

Currently under construction and fenced off.

this trailhead is currently closed

Looks like a great trail, but it appears to be closed for renovations. Not sure how much of it is closed, but the trailhead is under construction.

We were looking forward to trying out the ERC today since we were short on time but wanted to get in a ride. We arrived at Newcastle to find that the trail is closed for paving for the 2 miles bet Newcastle and Seahawks training facility. Riders are using on-road detour but hills were prohibitive for my new rider and we prefer trails to shared roads for kiddo’s safety. Decided to head to Cedar River Trail instead (which also had a detour but a shorter one on sidewalk)

FYI if you start at the Gene Coulon park on the south end, the trail starts OUTSIDE the park where the train tracks are. Follow the tracks north and it turns into the trail. Also, dogs are not allowed in the park and the fines are pretty stiff.