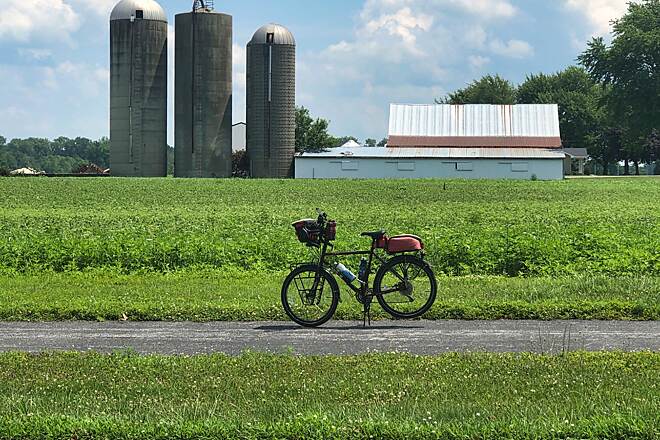 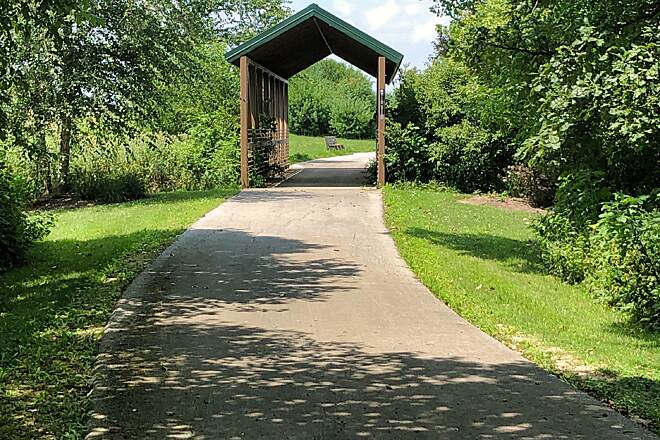 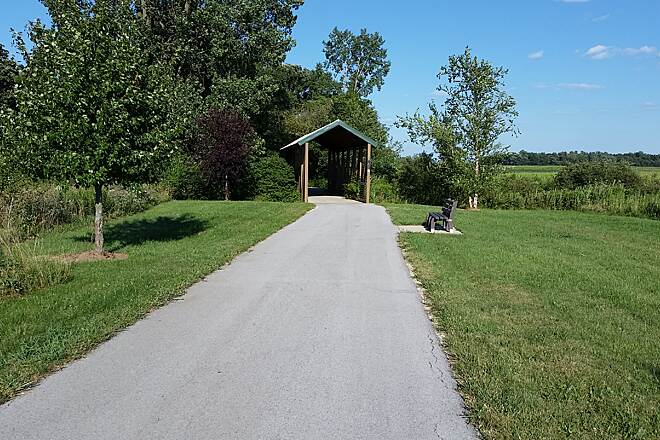 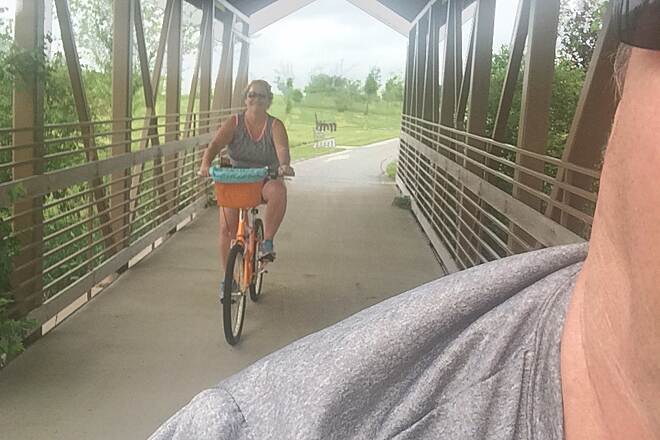 The Franklin Township Greenway Trail runs on flat terrain through conservation, agriculture and residential areas just beyond the southern shoreline of Grand Lake, Ohio’s largest inland lake. Portions of the trail pass through Grand Lake Saint Marys State Park, which consists of a variety of properties ringing the lake’s edge.

Highlights along the paved trail include its passage through a 100-acre wildlife preserve and over two covered bridges.

Franklin Township is east of US 127 and west of State Route 364, just south of Grand Lake. Parking for the trail can be found at a large lot on Karafit Road south of Cottonwood Road and at a smaller lot near the intersection of SR 219 and Club Island Road.

Very little shade on the trail. My bike pedometer measured it at 10.5 round trip not the 6.5 one way as app states. Just resurfaced part of the asphalt. Farmer was spraying fields along path and didn’t like riding in the chemical mist. Only saw 2 other riders on trail.

The Trail Has Very Few Views of Grand Lake

The Franklin Township Greenway is very flat with almost no change in elevation at all. The trail surface is asphalt which is in good repair. The trail parallels and crosses over State Route 219 several times on the southern shore of Grand Lake near Celina, Ohio. Unfortunately, you don't get to see much of the lake from the trail. You really are really riding along the farm fields that surround the lake. You do get to see a number of canals where the residents and boaters dock their boats. The trail is beautiful in its own kind of way, but with few trees in the area to serve as wind breaks I can see where riders could face really strong headwinds at times. The greenway seems to have been designed for the many people of the boating community that utilize the lake. It's probably the best way to keep casual cyclists off of a busy roadway with cars traveling at high speeds.

It would be really cool if the residents of Franklin Township, Celina, St. Mary's and Mercer and Auglaize Counties could complete an off road route all the way around Grand Lake. Then you might have something worth checking out; particularly if you’re also interested in boating.

The trail was well maintained but not very scenic. Not well marked at road crossings and junctions. No shade. We drove an hour to ride this trail and it wasn't worth the drive. If we locally it would be a nice evening ride.