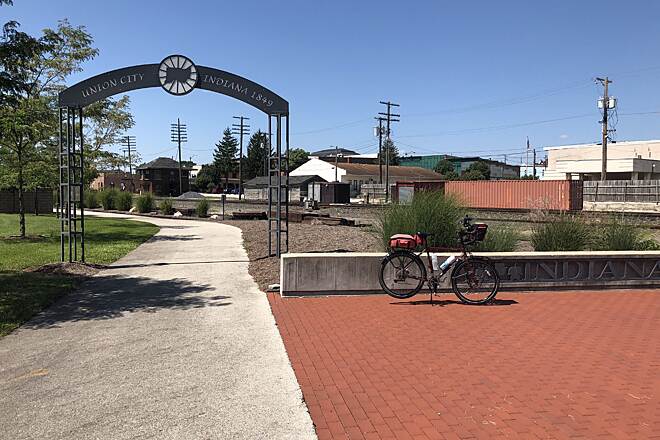 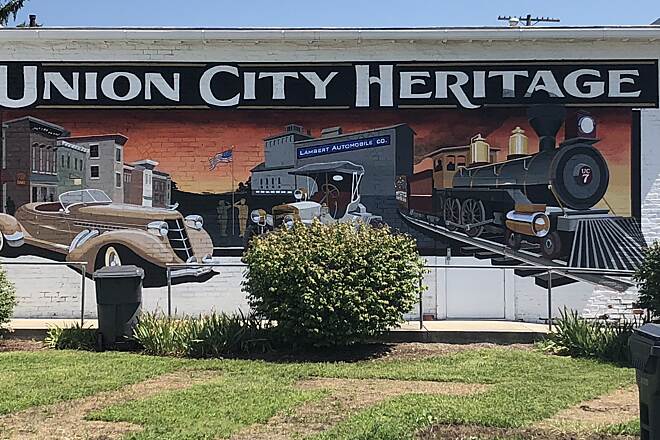 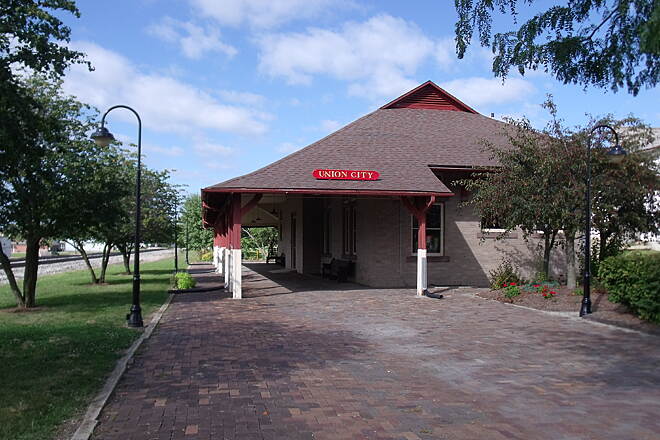 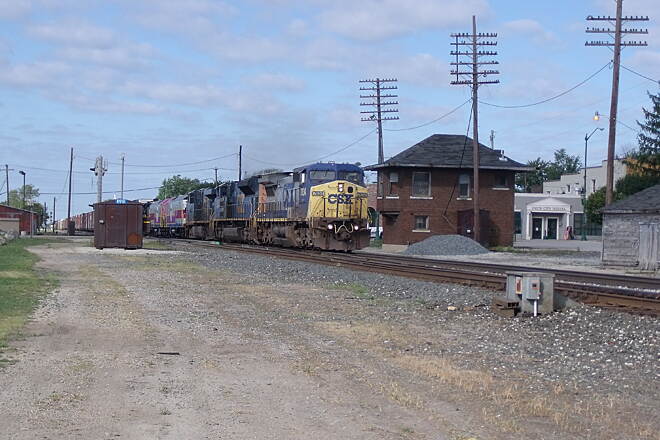 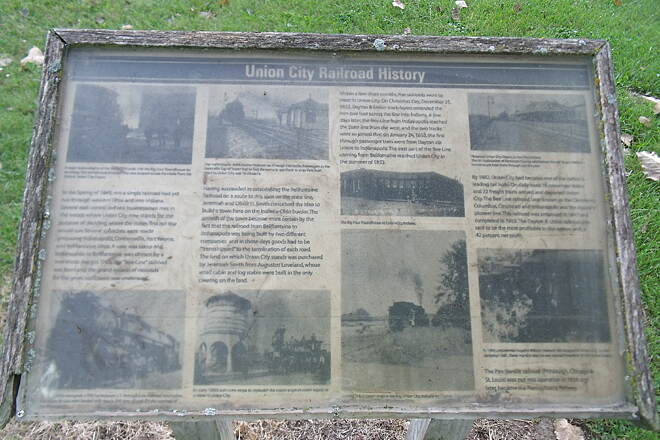 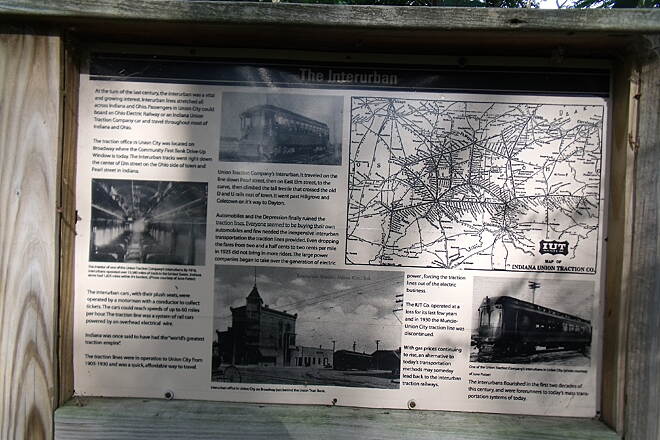 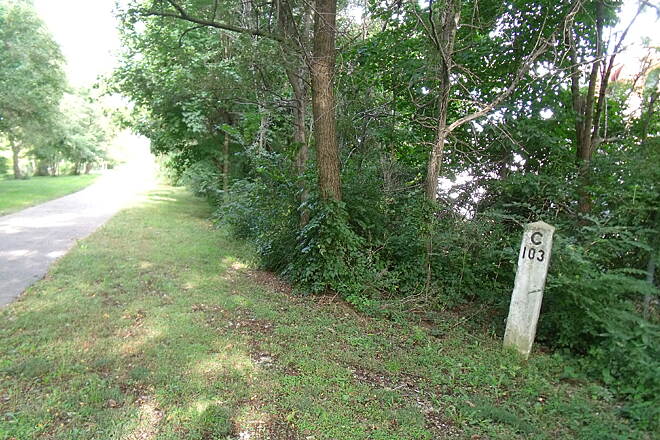 The short Union City Gateway Trail is significant in that it was the first trail to cross the Indiana–Ohio border. A highlight along the paved pathway is the beautifully landscaped park on both sides of the border along Stateline Street.

Eventual extensions farther into Indiana will tie into the 62-mile Cardinal Greenway, while connections are planned farther east into Ohio through Darke County into Greenville and to the existing Tecumseh Trail in Bradford.

Parking for the Union City Gateway Trail is available adjacent to Railroad Park on Stateline Street in Union City.

The Union City Gateway Trail is a tribute to this Indiana-Ohio border town's railroad history. Union City has preserved it's old train station and celebrates it's unique status as a two state city on this trail. While the trail has some unique and interesting features it's short length make it nothing more than a local recreational trail. Only railroad buffs and perhaps trail completists are likely to travel any distance to check out this trail. Previous reviewer Rich Ballash thinks that the trail could be extended to nearby Greenville, but given the rural nature of the area I see that an unlikely proposition unless Darke County Commissioners get a healthy dose of Clean Ohio Fund Money from the state legislature. Besides, I think that the county government is more likely to look to extend the Ohio to Indiana Trail or Ohio Bike Route 36 before extending this small little trail.

You can make a good mile out of this interesting little trail which the people of Union City have obviously taken great care in constructing, and in the process, they have done an outstanding job of interpreting the fascinating railroad history of their town. The Pennsylvania Railroad's Columbus-Chicago main line crossed the New York Central's old Cleveland-Indianapolis Big Four main line in front of the brick tower which still stands. This trail is built on the eastern side of the old Pennsy main heading eastward. Several very nice historical displays document the railroad and other local history along the trail. It was a pleasant surprise to find pristeen cast concrete PRR mile marker "C103" at the east end of the trail. "C" indicates that this location was exactly 103 miles west of Columbus Union Depot, itself gone since 1977. Halfway around the turnaround loop here, there is a beautiful plaque with a detailed map, photos, and the story of the once huge Indiana Union Traction interurban system. These trolley systems usually ran alongside the steam railroad lines, and the line into Union City was probably right here, too. Since there is a double bridge inset pier out here. I first thought this might be the right-of-way of the IUT, but the still intact crossties, and the newness of the multi-railroad pier's concrete I found here, were too new for a pre-1930 trolley line. Then I realized that this smaller bridge obviously carried B&O's Dayton & Union track southeastward out of town, toward Greenville, the route of a future trail extension, I hope. At the west end of this trail, at its gateway, take a look at that brick interlocking tower. It was closed in the 1950's when the railroads installed Centralized Traffic Control here. The old PRR depot across the street is a beautifully restored art gallery. The Pennsy's track and platforms ran right alongside the depots's trackside face, where, after crossing the Central main, the line split away from today's ex-NYC CSX main line, and headed northwest toward Marion, Sweetser, and Winamac, where two more rail-trails run over this very same old Conrail (ex-PRR) mainline, ripped up in the 1980's. Check out the Penn Central hack and the nifty little railroad shed on the west side of the depot. The Union City Gateway Trail is a fine start to what I expect to be another of Ohio and Indiana's fine intercity trails some day, hopefully soon. -Rich Ballash, Latrobe, PA 9-14-2014.