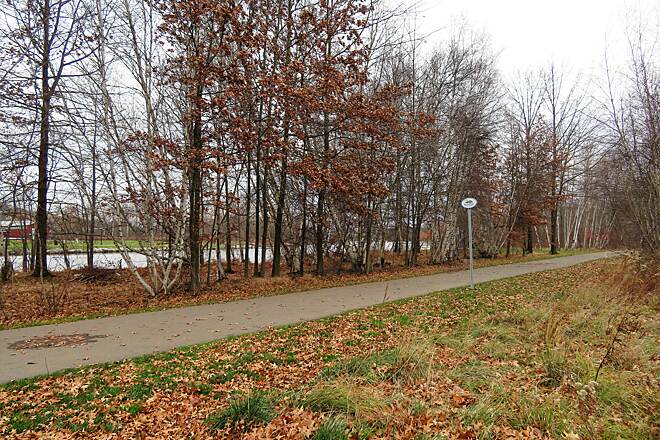 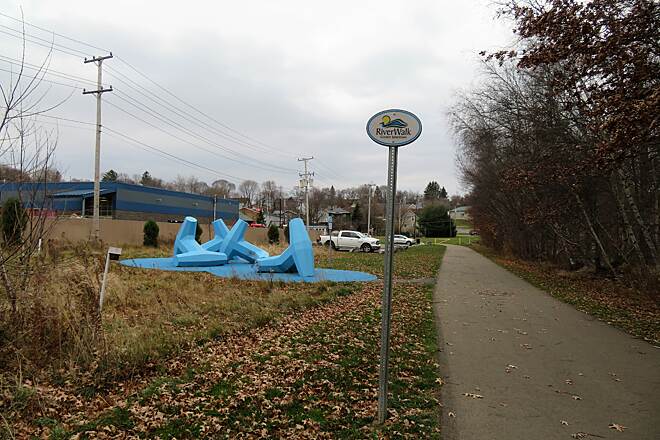 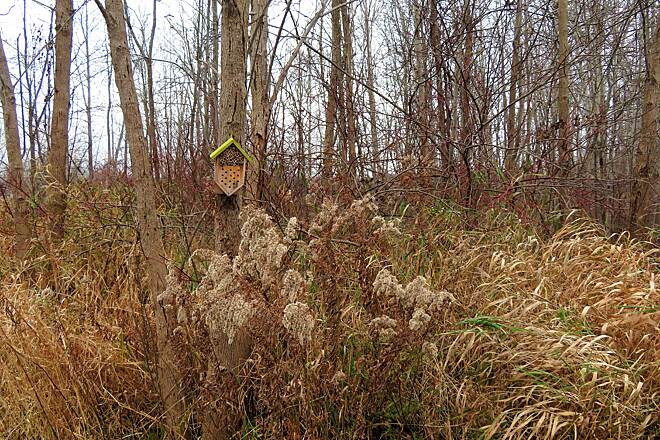 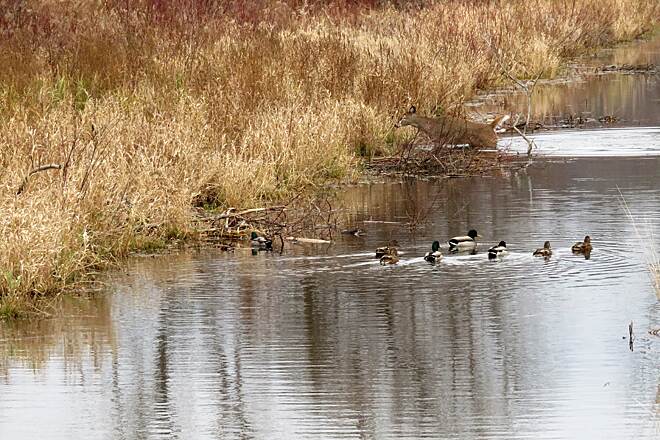 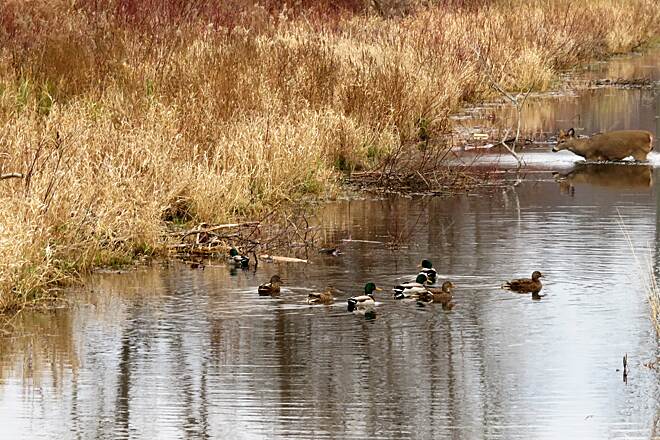 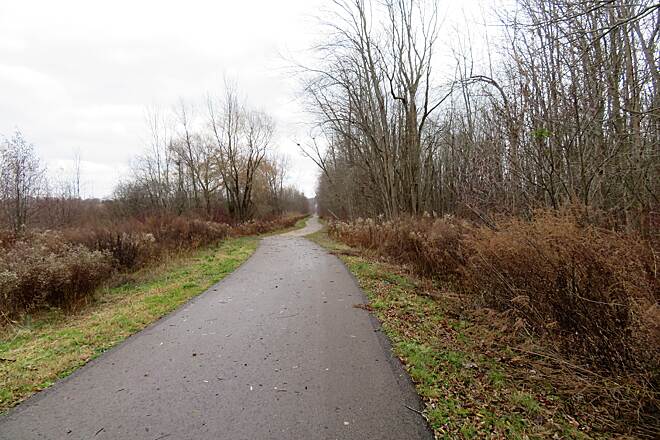 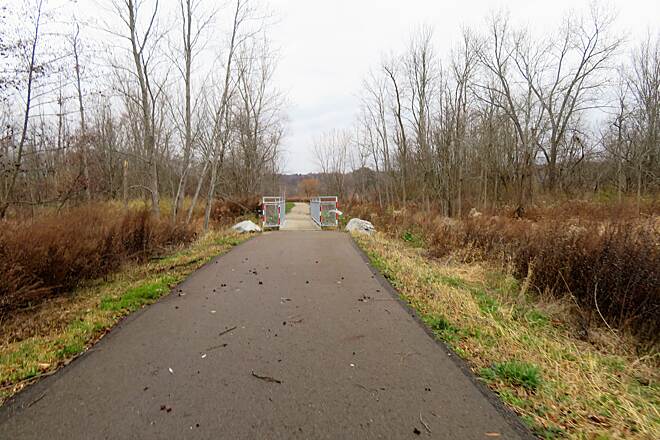 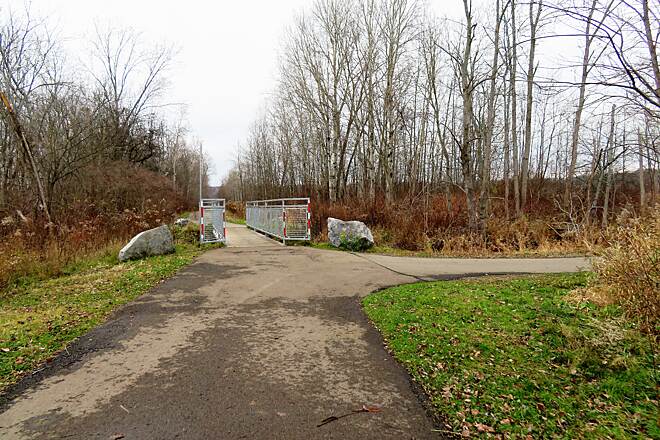 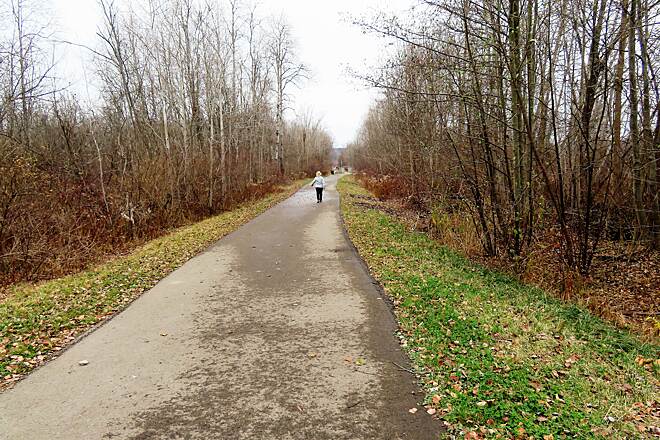 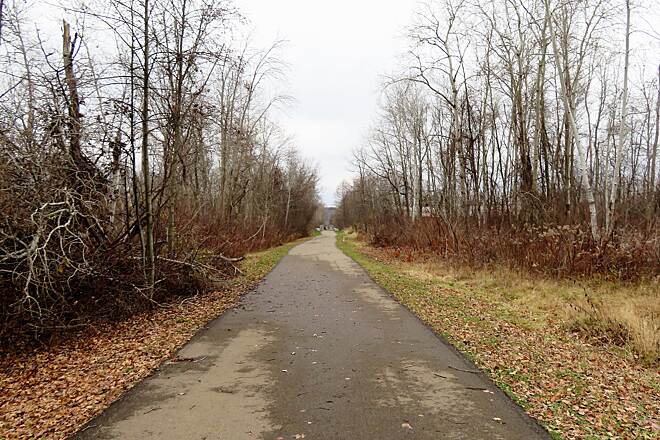 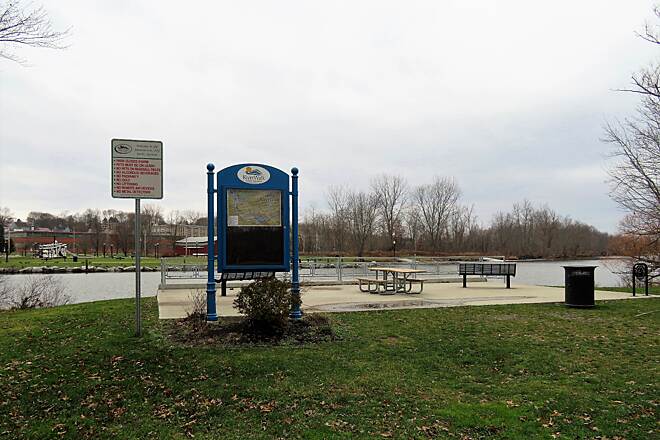 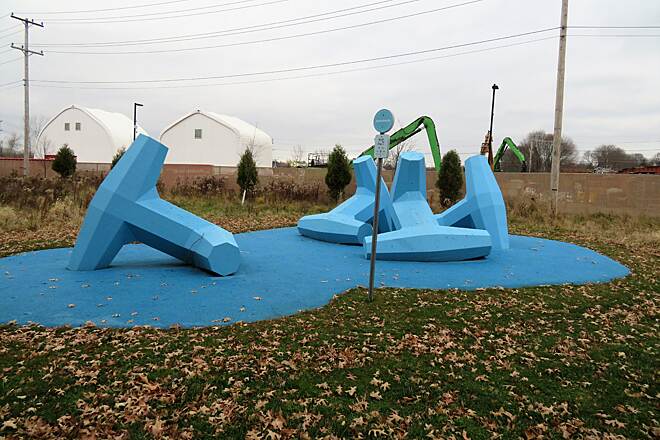 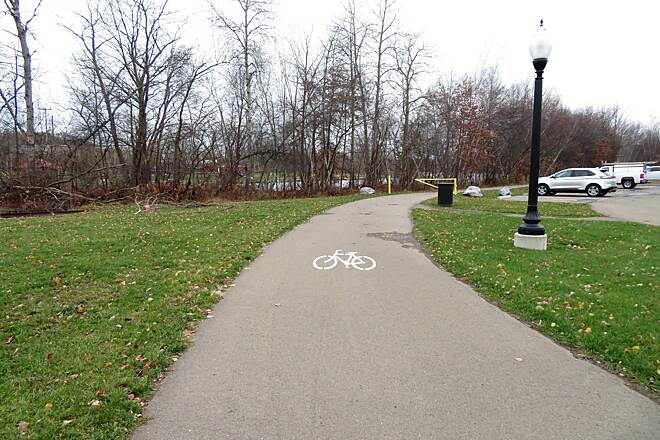 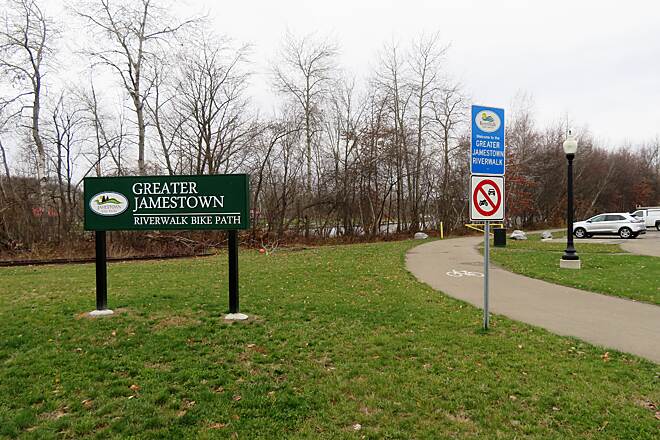 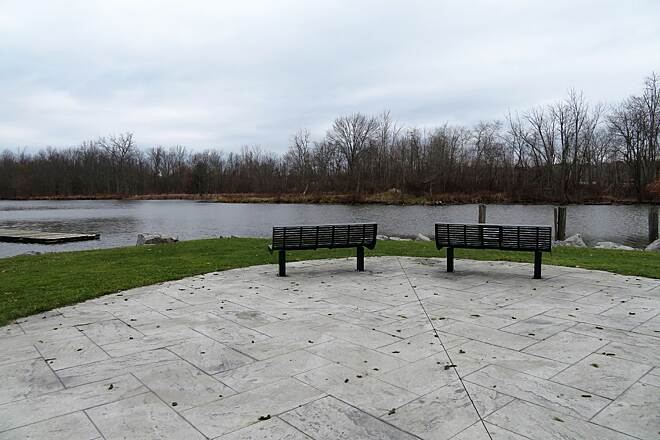 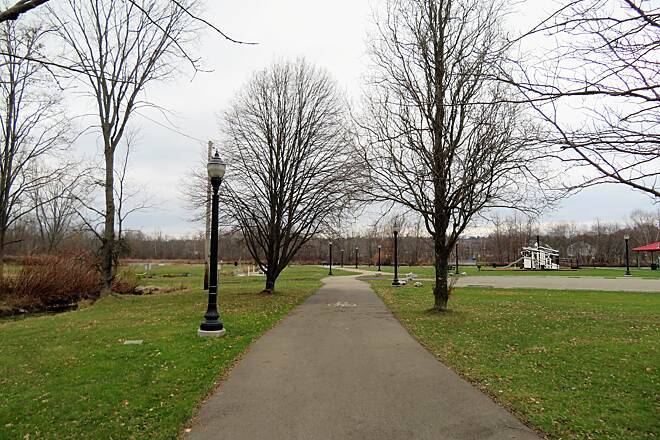 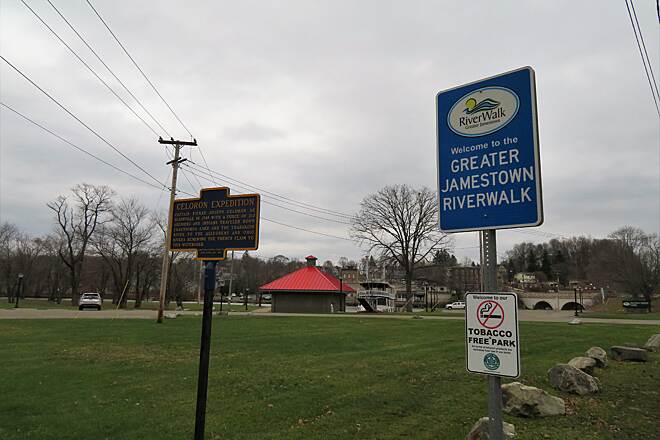 The Greater Jamestown Riverwalk offers a 5-mile route through the southwestern New York community of Jamestown. The route includes a mixture of off-road trail, sidewalks (such as along Steele Street), and marked on-road connections.

Its rail-trail portion spans 1.2 miles on the northern end of the city, paralleling the Chadakoin River. The route follows the former Jamestown, Westfield and Northwestern Railroad’s electric trolley car line, which ended service for passengers in 1947 and freight in 1950. This section passes Chadakoin Park and is sometimes referred to as the Chadakoin Park Trail. The popular park features a playground, athletic facilities, a skateboard park, and picnic shelters. Across the river, the trail reaches McCrea Point Park, where you'll find another playground and picnic area, as well as a boat launch.

The trail includes three footbridges and connects residents with woodlands, wetlands, and other natural areas. Native grasses, trees, and shrubs have also been planted trailside, and the trail is a hotspot for birders.

The southern end of the trail also connects to Panzarella Park, which provides fishing access in the Chadakoin River. And, on the trail's northern end, the pathway ends just steps from Fluvanna Avenue, which is lined with a variety of shops.

Parking is available in the parks which the trail connects: Chadakoin Park, McCrea Point Park, and Panzarella Park.

It's about 1.39 miles paved. At both ends, it terminates into streets without marked bike lands.

It's about 1.39 miles paved. At both ends, it terminates into streets without marked bike lands.

We accessed the trail at McCrea Point Park and walked along the Chadakoin River. We saw some ducks in one of the streams off the trail and a deer crossing the stream. Nice parking area next to the scrap recycling plant. A great trail to safely walk on around Jamestown. Not real quiet due to the machinery at the scrapyard. Trail is flat and in good paved condition. We went out a few miles and turned around.