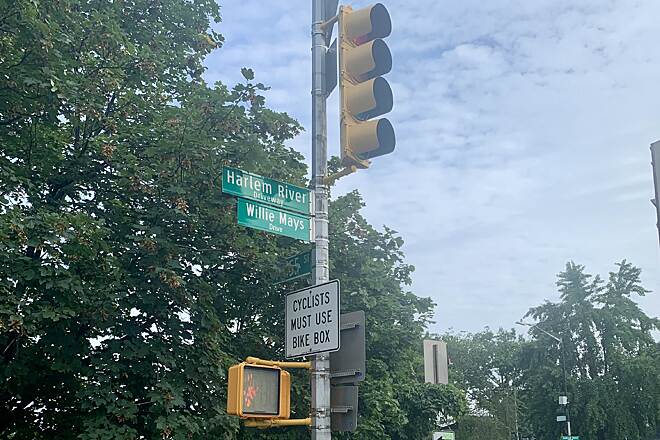 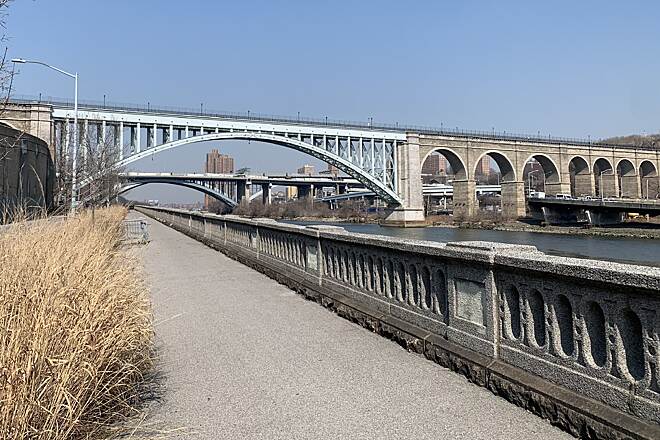 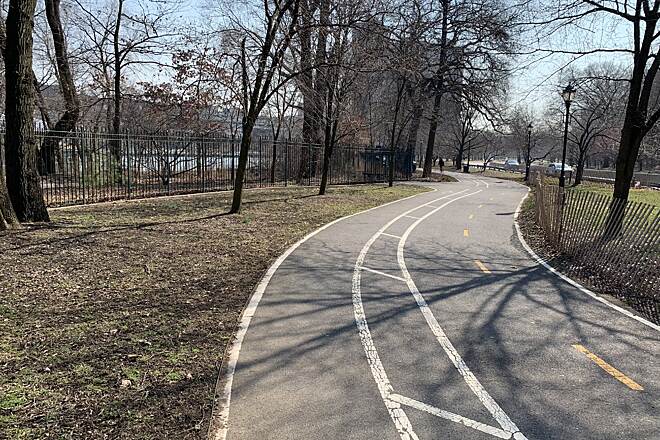 The Harlem River Greenway runs north-south along the Harlem River on the East Side of Upper Manhattan. The northern terminus is Dyckman Street and Harlem River Drive. Going west on Dyckman allows access to the Hudson River Greenway down the West Side of Manhattan, a distance of one mile, via a protected bicycle lane and sidewalks. The southern terminus is West 155th Street and St. Nicholas Avenue. From this point, bike lanes and sidewalks wind through Harlem to Central Park.

Just south of Dyckman Street is the recently renovated Swindler Cove Park, a public space on the Harlem River with an urban forest, saltwater marsh, and an array of wildlife, including manmade oyster beds designed to help replenish the river with oysters. Users of the trail will see the Bronx riverfront across the river and pass through a couple of gritty sections close to Harlem River Drive. For about a half mile, the trail follows a frontage road re-named Willie Mays Drive, which parallels the highway past the site of the old Polo Grounds baseball park.

The Greenway passes under the High Bridge, the oldest bridge still standing in New York City. Completed in 1848, the High Bridge conveyed clean water over the Harlem River from the Croton Aqueduct system in Westchester County to the city in an engineering marvel of the time. In disuse for decades, the High Bridge was reconstructed and re-opened to pedestrians and cyclists in 2015 and now serves as a busy connection between Manhattan and the Bronx.

At West 155th Street, Edgecombe Avenue angles north toward the Morris-Jumel mansion, a historic home built in 1765, which now is a museum showcasing life in late 18th and early 19th century New York City. Edgecombe merges with Amsterdam Avenue, providing a link between the Greenway and Highbridge Park where the High Bridge is entered near West 174th Street.

Users of the NYC subway can take the 1 train to the Dyckman Street stop and go approximately two blocks east to the northern entrance of the Harlem River Greenway. Parking is limited, but spaces exist on Dyckman and 10th Avenue, which merge and feed into Harlem River Drive. Greenway access is on the east side of the Drive.

Subway users can get off the C train at the 155th Street stop and go about one block east to the southern entrance tof the Harlem River Greenway. Street parking is difficult but can be found on 155th Street, St. Nicholas Avenue, and Edgecombe Avenue.

Bikeshare stations are conveniently located at either end of the trail.