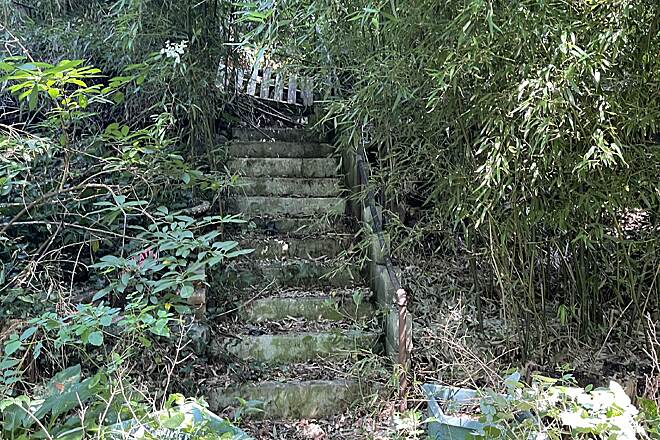 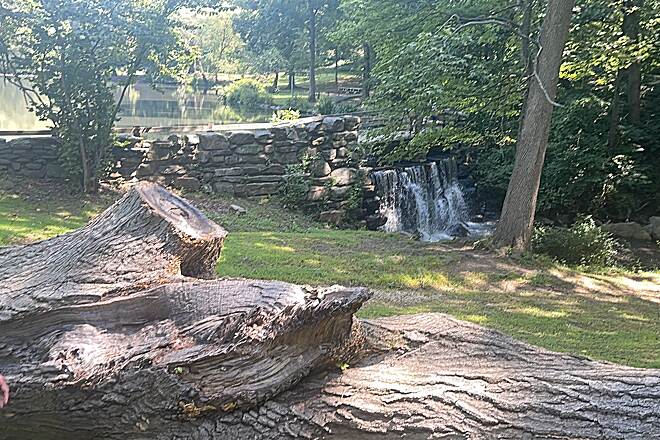 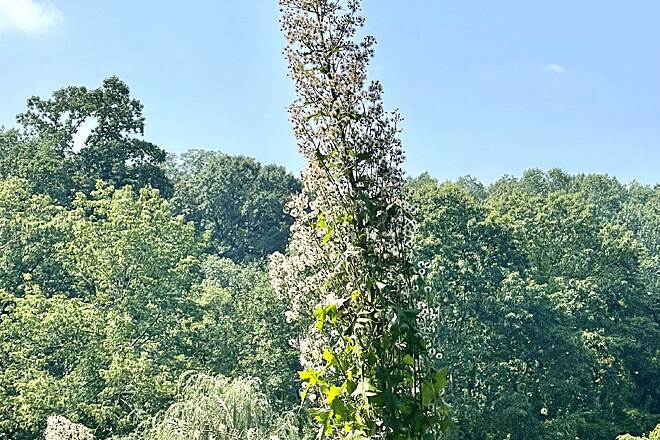 View Trail Map Send to App
The John Kieran Nature Trail is a short loop that borders Van Cortlandt Lake and its associated wetlands. It is a wonderful site for bird-watching. The trail also passes several sites of significance including an old cemetery and the 67-acre Parade Ground, a large field that was once the site of a large Native American settlement. A portion of the trail is on the former Putnam Line of the New York Central Railroad that once connected New York City to Brewster and points north.

A free parking lot is close to the start of the trail. Enter the park at Van Cortlandt Park South and Bailey Avenue, and follow the signs for the Van Cortlandt Golf Course. Make the first left after the underpass into the lot. Paid parking is also available in the same area.

This trail will, in time, be incorporated into the Empire State Trail.

Trailside parking is available just off of Van Cortlandt Park South, at a lot primarily used by golfers. The southern trailhead is located here, near a beautiful pond.

The trail heads north for about 1 mile on a cleared, but unimproved surface. It's an easy walk; bicycles are not permitted according to posted regulations on the NYC Parks Department web site. However, I saw bike tracks all along the route during my visit.

This is a nice walk during spring, fall, and winter months. Expect many bugs during the summer though."

"After a day of riding from Mahopac to Yonkers on the North and South County Trailway, I decided to ride down to NYC. But Van Cortlandt Park took my eyes and I decided to explore the John Kieran Nature Trail as it said it was part of the Old Put(nam) line.

I found it behind the museum and just past a small pond with a bridge (the one pictured in this picture section).

While the trail officially ends after one mile, it actually continues for about seven more miles to connect at Barney Street and Grey Oaks Avenue to the trailhead for the South County Trailway.

I had that nature to keep exploring the trail and here goes the details.

The trail is surrounded by thick woods on both sides and there are many remnants of track wood everywhere. The part of the park has the trail to the left of the tracks which are all visible for quite some time. Golf course holes and fairways appear on both sides.

Then a paved pedestrian path is visible on the right with emergency call boxes as well. Eventually the trail goes a little higher in elevation and you can stop and see a big community park with playgrounds and a pool called Tibbets Park. I asked about the paved trail and it's paved and goes in a gigantic circle around the park.

Back on the trail it goes past a private golf course on the left and over a train trestle which goes over the Saw Mill Parkway between exit 2 and 3. (The ramps are visible). At the end of it just ahead is the Yonkers Motor Inn (but it looks abandoned and it's kind of tall). There's a sign on it saying ""Exit Yonkers Avenue.""

Then the trail spits you out where 2 cars are in front of you and to the right down below is a Waste Management Facility and Weigh Station. To the right of the facility is a building housing a Gold's Gym. I asked the people in the trailer where i was and they said Yonkers and i wasn't allowed on that trail since it was private.

I went back on the trail and in front of the cars is a fence and there's an opening on the right so you have to get off your bike and push it through. Then there are more tracks, some mud and another golf course. Watch out because there's a big pit up ahead. You then go through a very overgrown field.

Please note that in various sections of this ""private"" trail there is a lot of thorns and overgrowth and you have to ride and duck.

From here, the trail empties at access gates into very quiet Yonkers neigborhoods which is quite a transition from the very urban downtown Yonkers. The trail dumped me out at Mile Square Road and Little John Place. To the right was a big brown sign declaring Frank Egan Park (Yonkers).

Then the trail continued and i exited the woods and heard cars on an expressway and was in an open field full of vegetation and a gravelly trail. It ended at a big locked gate and a road going uphill. I climbed over the fence and found i was at Mile Square Road and Midwood Road. I asked a neighbor about where i was exactly and she told me Yonkers and said the trail i was on was supposed to be converted into a paved trail. She said if i continued past the fence and up the hill and made at left at the stop sign it would be Tuckahoe Road and eventually Saw Mill River Road (9A). I went back to the trail and found that it curved to the left before the fence downhill and under that little bridge. This part is really muddy but the bridge is a cool temperature. Not much debris is here surprisingly and it's a quiet neighborhood, despite the highway nearby.

Then more wooden tracks appear and the trail gets skinny and drops you off behind a strip mall called Mile Square Plaza on an embankment above the parking lot. You have to ride your bike on the grass here and it's slightly down and to the right until you get past the strip mall and the trail continues. I was told it was Tuckahoe Road to the right.

The trail goes under another small bridge and then hits the quiet woods again. Ahead are plenty of quiet houses and it goes through their backyards and under another bigger bridge and past a small business that's abandoned with plenty of overgrowth. Then it takes you over this HUGE train trestle.

It goes back in the woods and under one more bridge. From here is where you can't go anymore because this is the one-mile segment of gigantic thorn plants that look like miniature corn crops. I tried cutting a swath with my pocket knife and bike but it's too thick. I'm 6'3 and even on my toes i couldn't see that far ahead of these tall thorn plants. I went back and there was a small driveway access behind a bus company which is off of Saw Mill River Road (9A). Just ahead the street is the 7 Brothers Diner located at 900 Saw Mill River Road. I stayed on my side of the road and rode to the top of the bridge i couldn't get through underneath. Looking over i saw the path i tried to cut as the thorn plants were flat in a small trail.

I took Saw Mill River Road and sure enough it connected to the South County Trailway terminus/trailhead at the corner of Barney Street and Grey Oaks Avenue by La Lanterna Italian Restaurant.

Doing a distance search on mapquest i typed in the address of the 7 Brothers Diner to La Lanterna and it's .87 miles (of thorns). Past La Lanterna is a field where the tracks continue for a few hundred feet before coming to a dead end and a fence and woods.

I also calculated the distance from the start of the trail to the 7 Brothers Diner and it's 7.2 miles (8.1 miles total to La Lanterna).

If this trail is connected through, one can ride from Mahopac to Van Cortlandt Park in the Bronx covering 44.3 miles!!!