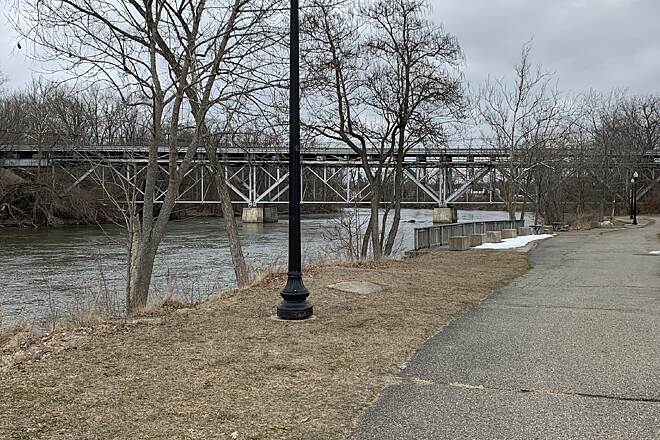 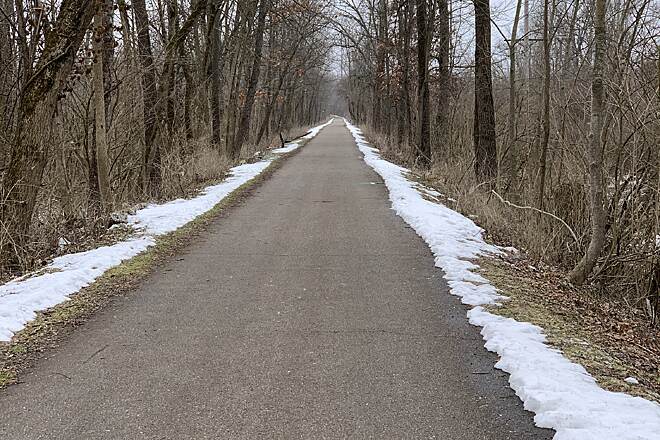 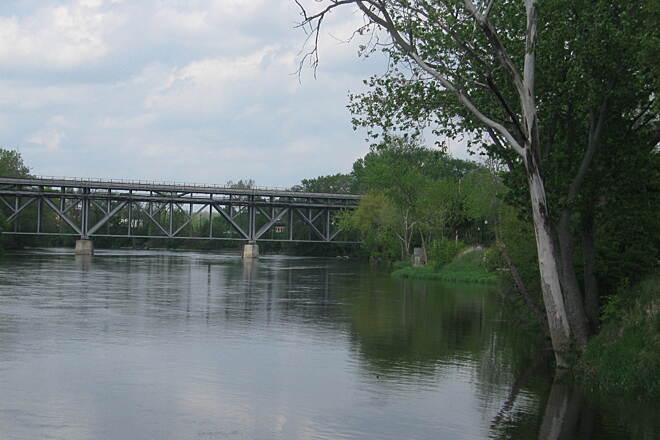 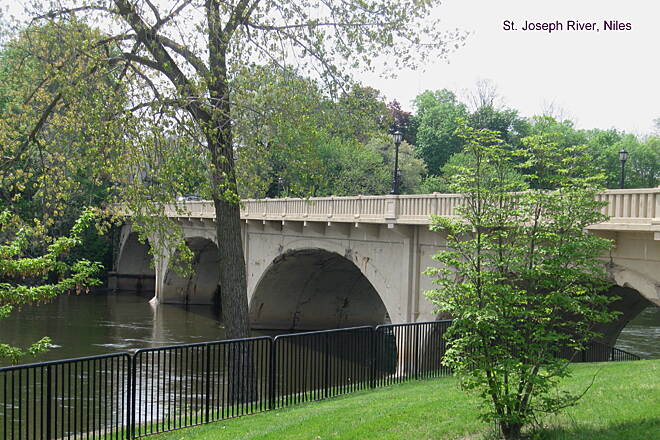 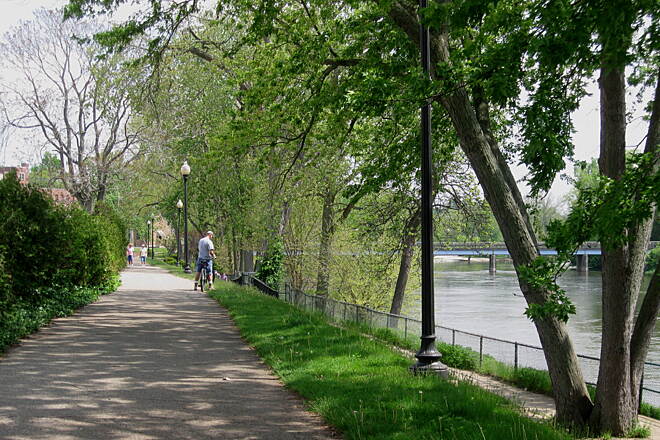 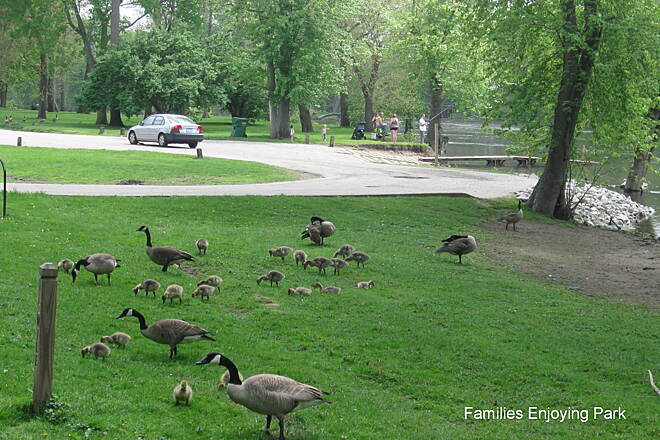 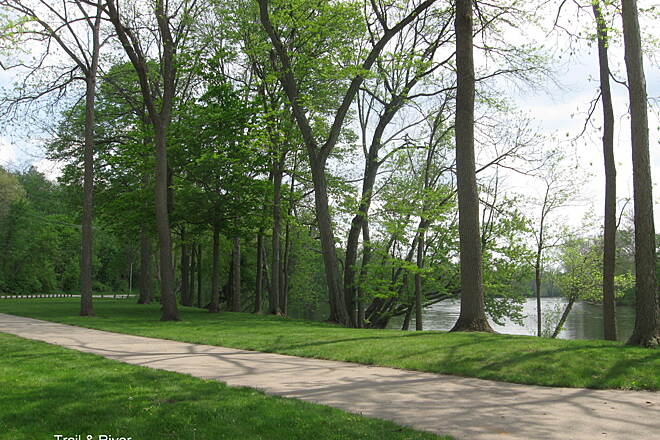 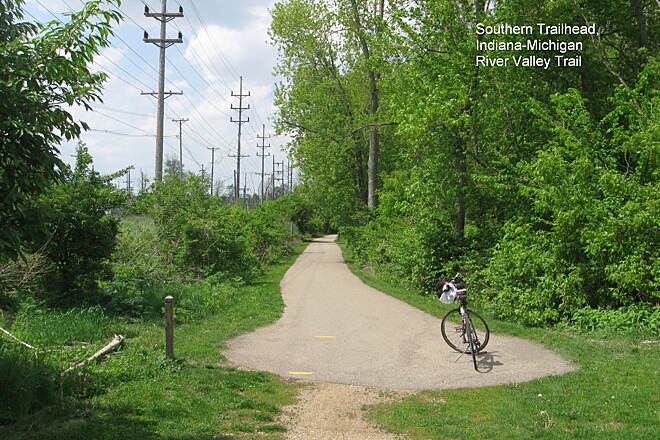 The Indiana-Michigan River Valley Trail currently runs for more than 5 miles through Niles, Michigan, on the eastern bank of the St. Joseph River. The trail occupies a former New York Central Railroad corridor, abandoned by Conrail in 1980. In fact, the large Riverfront Park in downtown Niles—through which the trail runs—was once a large rail yard for the New York Central Railroad and its immediate predecessor, the Big Four Railroad. A historical marker in the park commemorates the extensive local railroad past.

Riverfront Park offers a playground, pier, boat ramps, picnic shelters, charcoal grills and even an amphitheater where concerts are held throughout the summer. In the north, the trail ends at Plym Park, which provides playing fields and tennis courts. As the trail heads south from downtown, it leaves the river’s edge and ends at Niles’ southern city limits at Fort Street.

The second segment of the  Indiana-Michigan River Valley Trail extends south from the Brandywine Creek Nature Park through Niles Township, within an abandoned Michigan Central Railroad corridor. At the Michigan–Indiana border at State Line Road, the trail meets the LaSalle Trail, which occupies the same former railroad corridor farther south in Roseland, Indiana. Now cyclists, runners and other recreationists and non-motorized commuters can travel seamlessly on a trail network from Niles, through South Bend, to Mishawaka.

Parking for the Indiana-Michigan River Valley Trail can be found in Niles at Riverfront Park off Front Street or Bond Street. Farther north, parking is available at Plym Park on Canal Street.

The ride is very enjoyable. It is more scenery at the Nile town area along the river. There are quite a few benches along the trial just in case you want to sit down for short break.

I have walked this trail but I have recently started to bike it. It is beautiful and well maintained. I especially like the encouraging words in chalk written on the path at you go. Very inspiring, especially to the newbies.

Nice easy pleasant ride . Not to many Canadian Geese dirtying up everything.

Scenic trail, very nice and well maintained. I can not wait until they add on to this trail. The only down side to this trail is it is very short.