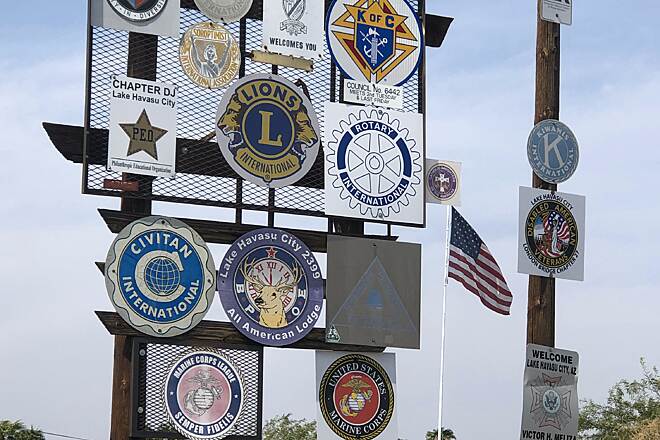 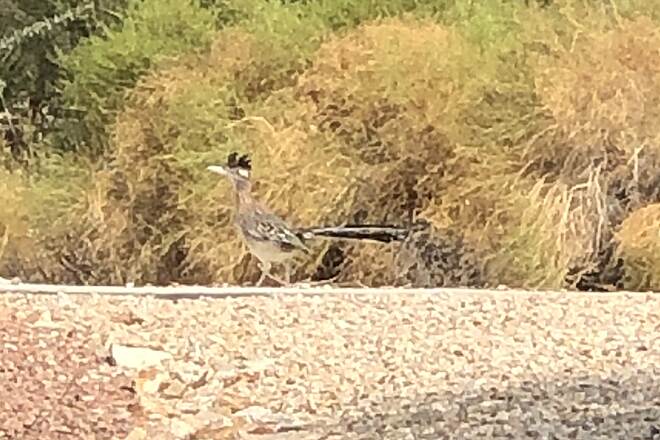 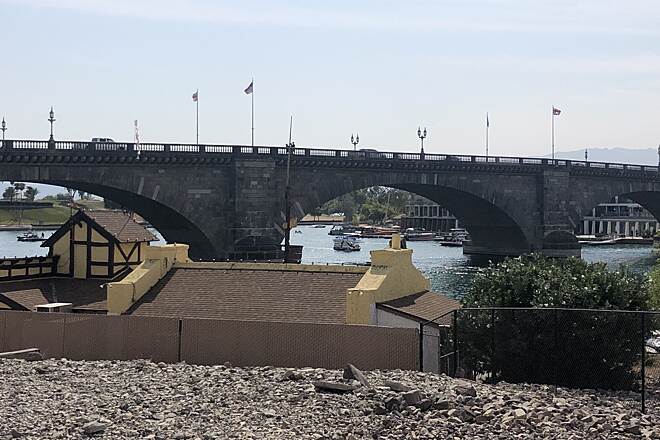 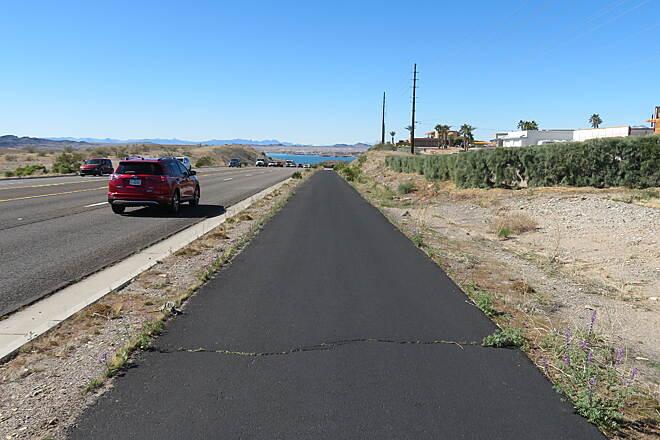 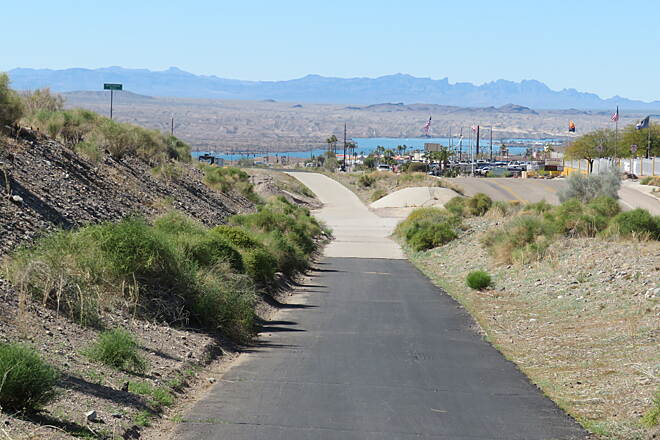 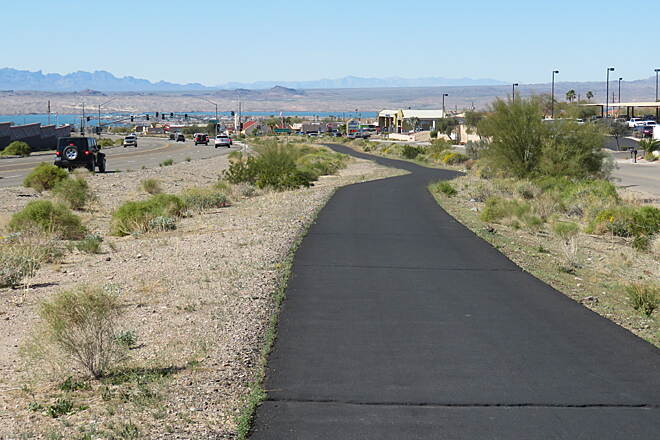 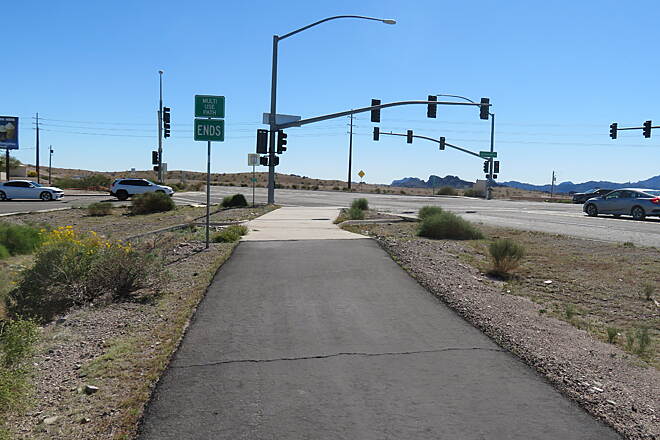 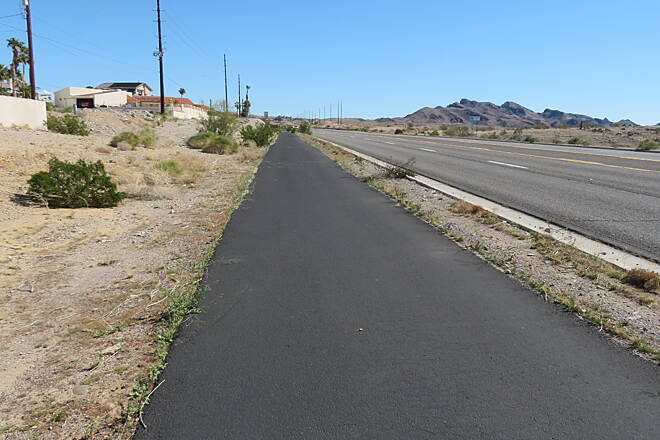 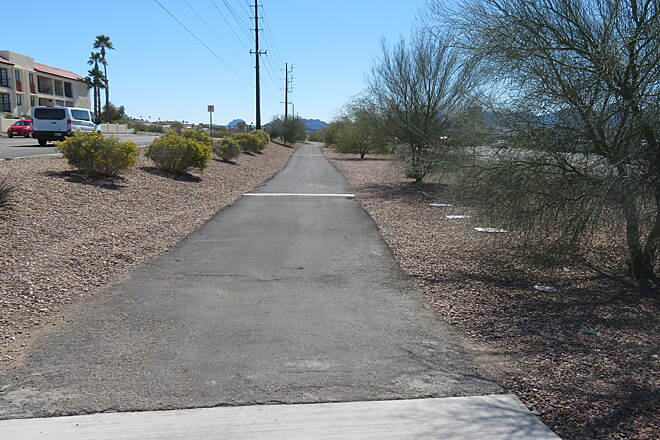 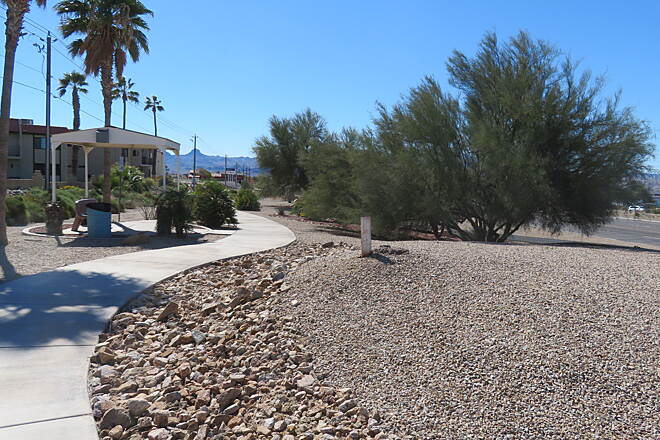 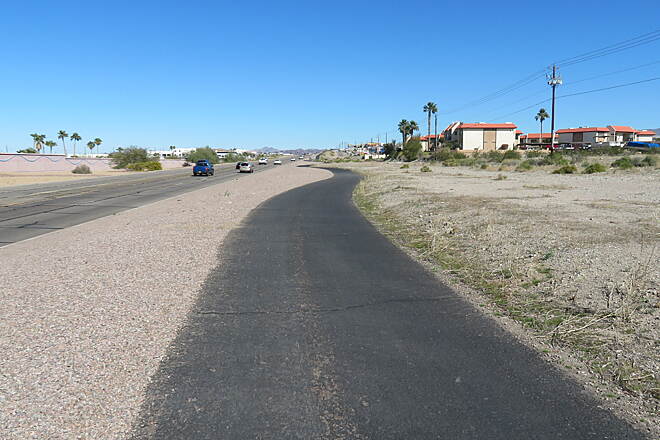 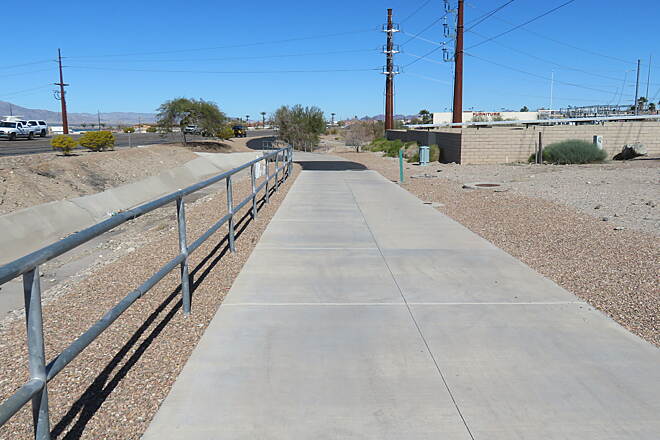 Lake Havasu City sits on the shore of the reservoir of the same name in western Arizona. The lake was formed when the Colorado River was dammed at what is now called Parker Dam. But Lake Havasu City, a vibrant vacation town has another claim to fame: The original London Bridge over Lake Havasu was dismantled, shipped from over the Thames River in London, and rebuilt stone-for-stone across Lake Havasu.

The London bridge can be seen at about the halfway point of Lake Havasu City's multi-use trail. The trail follows State Route 95 beginning at Palo Verde Road and ending 8.5 miles south and east at McCulloch Boulevard South. It's a paved trail, in parts little more than a dedicated sidepath, which crisscrosses the highway - it switches from the east side of the highway to the west and is even in the median for a spell.

The multi-use trail affords an opportunity for residents and tourists to get around the city without driving.

nice path with some beautiful views. the downside is that it runs right along Hwy 95 with a lot of traffic. has several intersections to navigate across

Location: Lake Havasu City, AZ
Parking: City Visitor Center next to London Bridge
Trail Condition: Asphalt smooth with lots of lateral cracks. Appears to have been sealed recently but nothing to fill the cracks. A few of the cracks are wide enough to be felt when riding over. Plenty wide.
Signage: Sufficient amount of route direction and end points.
Comments: Starting at the visitor center means that which ever direction is followed it will be pretty much uphill from there. The northern end is a gradual climb to the end of the trail about 3 miles out. Along the northern end a number of intersections and traffic lights are encountered. The trail parallels the major highway and switches sides of the road several times. This means instead of one traffic light at an intersection there are two that must be negotiated. Most of these intersections are a good distance apart. Not real scenic along this stretch but still okay for a ride. The southern section from the visitor center still requires crossing a couple intersections and changing side of road. The hill climb begins and goes for a good long distance before more intersections are encountered. This hill climb is steeper than the northern end. On the return downhill some good views of Lake Havasu and area can be had. This southern end is certainly more scenic and fewer intersections to deal with. Throughout the trail the designers added many “wiggles” in the trail, avoiding long straight stretches, a nice touch.