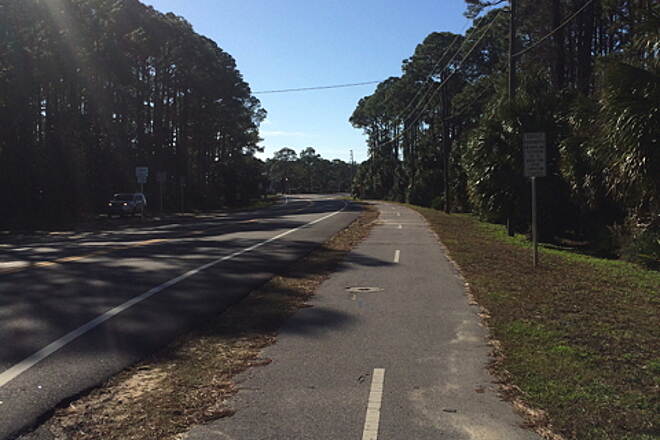 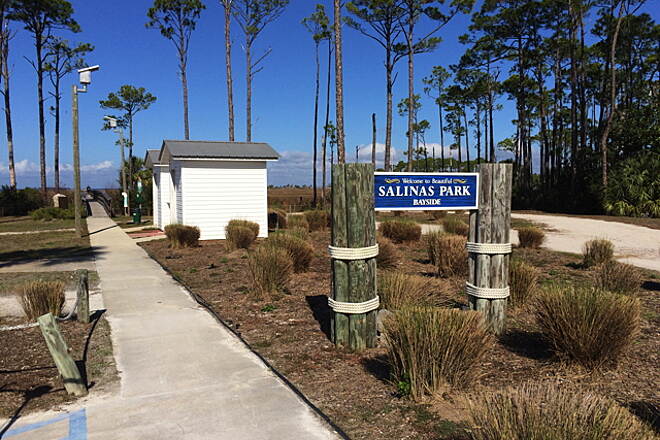 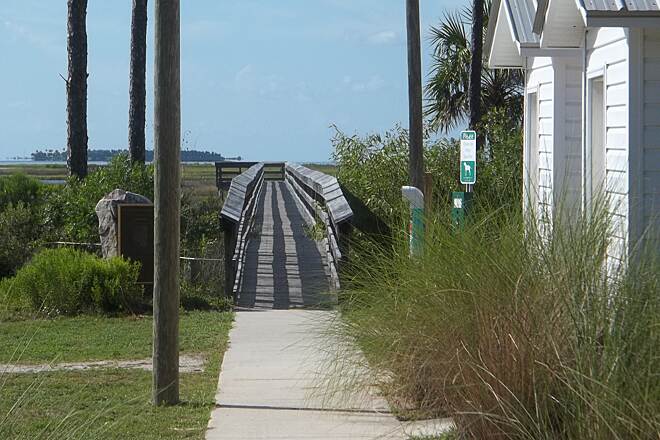 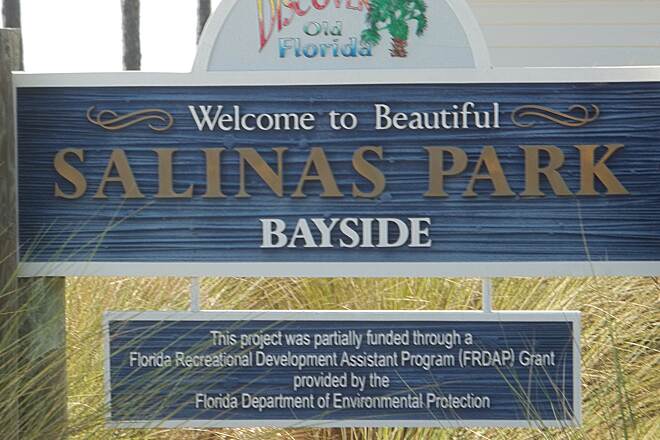 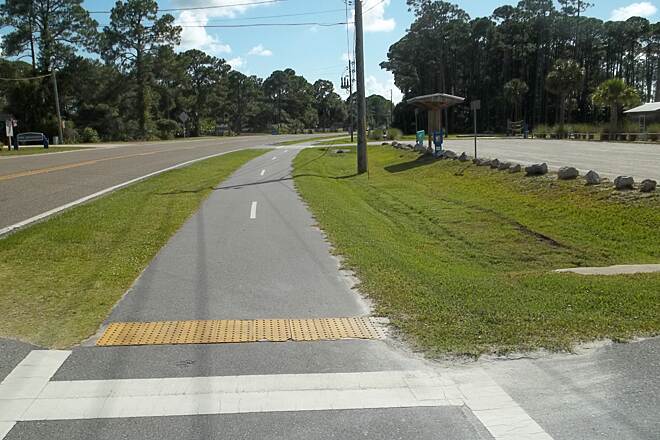 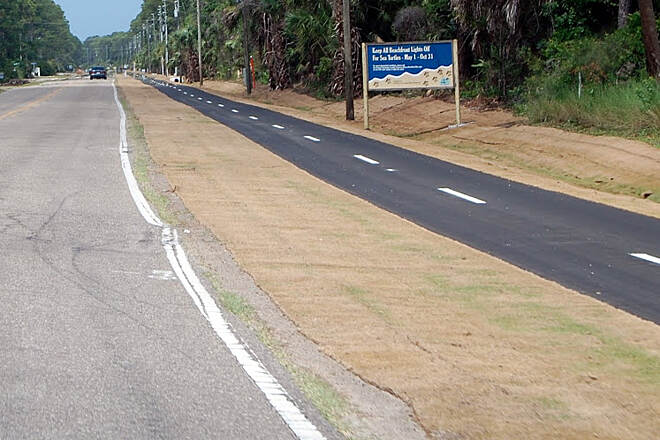 Nice trail along the road. No shade at all so bring sunscreen. Was hoping for a few more options for snacks along the route, cafés, sports bar, something. There was a small gas station and one small restaurant that’s it. Lots of nice homes to look at while riding. Ends at a state park.

We started at Salinas Park, has a bathroom, beach access and a boardwalk. It is riding along a road that is not very busy. There are some shops and restaurants to stop by and enjoy. You are mostly out in the sun on this one , be sure to take water with you. Enjoy

This trail seemed to go on forever. We parked at Salinas park, which has clean restrooms, beach access, and a gorgeous boardwalk overlooking the bay. We did 16 miles round trip, with a stop at the beach. But you could go even further if desired.

The description for this trail says 7.7 miles, but it actually about 8.7 miles, end to end.

We parked at the Salinas Park which had clean restrooms, and is located across the street from the South Gulf County Volunteer Fire Department.

We road our Trikkes (see Trikke.com for more info about Trikkes) out to the end of the trail, which is at the entrance to the St. Joseph Peninsula State Park.

The trail runs right next to the road, is about 6 feet wide, and for most of the trail it is marked with center white lines to denote lanes for oncoming cyclists and pedestrians.

The surface is smooth and clean for the majority of the trail. One section, between mile-marker 6 and 7, is lacking enough vegetation between the road and the trail, so that area had several spots that were covered in mud or sand. This is hazardous for those on inline-skates or riding a Trikke.

There is little to no shade, and at parts it felt like we were in a wind tunnel, but overall, it was a nice trail.

If we were there during busier times, and needed to pass pedestrians and there was oncoming traffic, I might have found the trail to be a bit narrow, but today the trail was pretty empty.

Given the number of recent deaths of cyclists and pedestrians, nationwide, due to inattentive driving, adding rumble strips along the edge of the road on the side of the trail, would increase safety.

Overall, I say, "Kudos and thank you to the folks who made this trail happen!"

We rode the entire length from Salinas Park to the state park, about 20 miles round trip. Upon returning to Salinas Park, you have the option of swimming in the Gulf or birding by the bay. The bike trail closely parallels the main road, so it's not a wilderness adventure, but there are numerous parks and beach access on both sides of the road for exploring and the view from the trail is quite nice. Several places along the trail for ice cream or beverages. Not much protection from the sun or wind, if that's a concern for you. Great way to enjoy the Gulf Coast in the Florida panhandle. Lots of vacation rentals along the bike trail, too.

I rarely work with any buyer who doesn’t tell me the bike path is a huge draw for them, and for several it weighed heavily as the deciding factor when they were comparing properties in various coastal markets for investing.  The traffic on it of people of all ages is amazing. Sherri Dodsworth, President of Realtor Association

Bike at the Beach and Bay!

“Loggerhead Run is much more than just a safe and enjoyable way to exercise. It is a tangible link for all of us along the Cape. It’s an amenity, yes, but it’s also an attraction, making our Cape a more desirable place to live and visit. As the president of a conservation organization, I can attest to the fact that linking people with nature is a difficult thing to do, especially in our increasingly electronic world. This trail brings people and their natural environment together in an immediate and important way – a way that would be even stronger were we to offer some interpretation of the plants and animals one might see along the trail. I hope the County Commissioners will support our request to maintain and improve Loggerhead Trails as a key component of our community.” Jeff Bonner, President, St. Louis Zoo