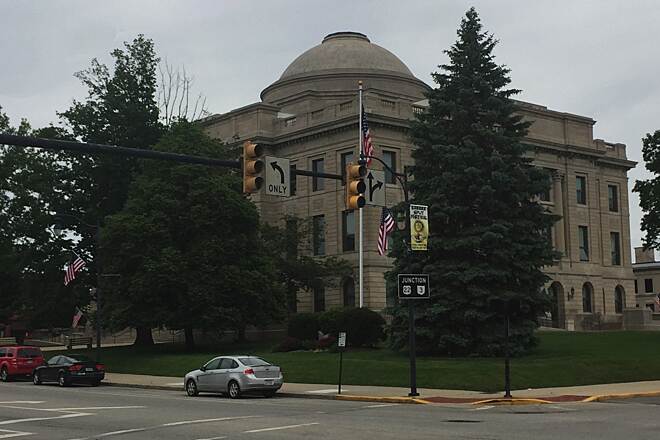 View Trail Map Send to App
The Luther Warren Peace Path is shady 1.2-mile journey along a level paved surface, delightfully cool in summer. The trail includes two old railroad bridges, one covered and built as a local Boy Scout project. There is a link to the path from Clinton Memorial Regional Hospital.

Access the trail at Nelson Avenue (near 397 S. Nelson; parking lot), at Mulberry Street (near 171 S. Mulberry; street parking) and from the south end of the hospital parking lot (enter from 616 W. Main). You can also access the trail by foot from the historic Sugar Grove Cemetery.

The trail is about a half hour from my home. Made for a nice Sunday afternoon ride. It would be nice to see the trail extended but I rode it several times. Easy access from the CMH parking lot. Scenic. Look forward to coming here again.

Part of a Larger City of Wilmington Trail Network

The Luther Warren Peace Path is an actual rail trail. It is approximately 1.3 miles long. It appears that it may be able to be extended beyond it's present end point to the West at South Nelson Avenue. However, it would probably take some creativity as across this street is the driveway to the Wilmington Landfill. Extending this trail to the east does not seem possible as it appears that the Luther Warren was just a spur to an existing rail line that crosses Grant Street.

The Luther Warren is one of three trails in Wilmington that are listed here in TrailLink. The other two trails are the 4-C Bicentennial Trail and the Lowe's Drive Trail. The Luther Warren and the 4-C Bicentennial are connected by a marked on-road/sidewalk route designated as the Q-Path Urban Trail by the city of Wilmington. The Q-Path apparently also connects the campus of Wilmington College to these other bike trails. Combining all these trails in an out and back ride I rode a little over 9 miles in May of 2017.

"This trail is great! It is a nice and shady trail, protecting its travelers from the scorching heat."

"During the weekends of Feb 2-3 and 9-10, 2002 the scenic area east bridge over Lytle Creek behind Clinton Memorial Hospital is being remodeled and constructed as an old covered bridge. It is being done as a BSA Eagle Scout Community Project. The bridge was named after Dr. Nathan Hale. The Wilmington City Council has applied for a Recreational Trails Grant to build one mile loop trail around the David R. Williams Park that will link to the adjoining 5 mi. Nathan S. Hale nature trail in J.W. Denver Williams Jr Memorial Park. The Clinton Rails to Trails Coalition now has easements in place working with Wilmington College to extend the Luther Warren Peace Path to an estimated 5 mile extention along the south edge of Wilmington College connecting the Peace Path to the William's Parks. Come see what we are doing in Wilmington!"

"The Clinton Rails-to-Trails Colition has been working with the City of Wilmington, Wilmington College and Clinton County in the planning of an additional 5-6 mile extention of the trail inside the corporation limits of Wilmington. This will put us in position to extend outward from the city into the county towards the Little Miami Trail in Warren County and towards Washington Court House. We are looking forward to the next grant cycle to get this next phase off the ground. Things are moving forward. Click on our web site for latest updates. Happy Trails. "