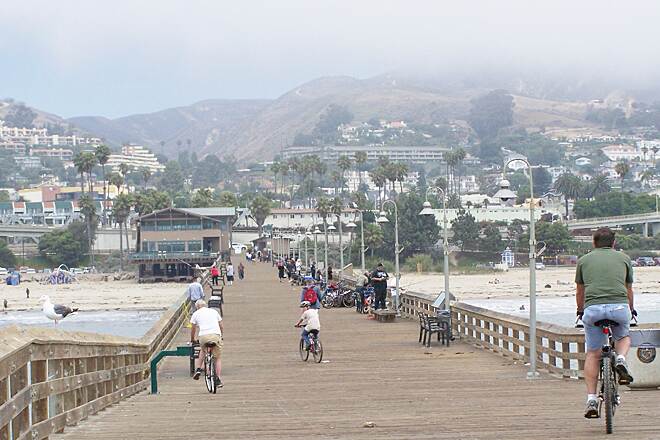 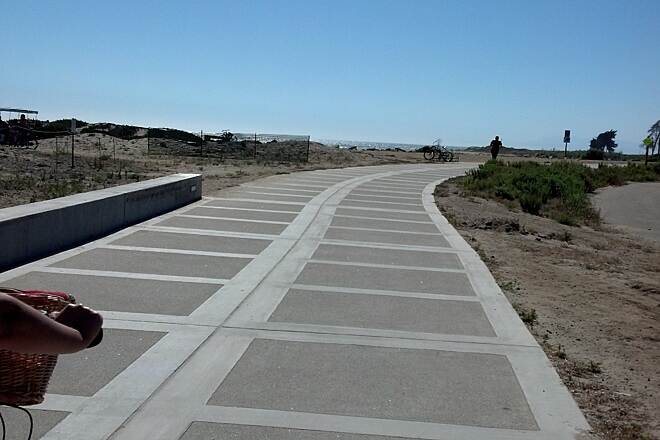 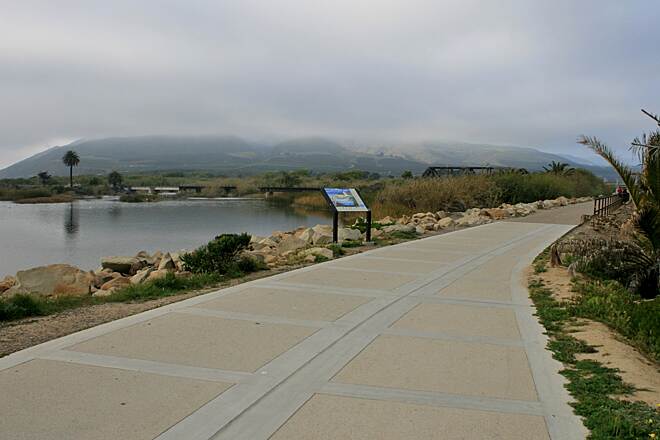 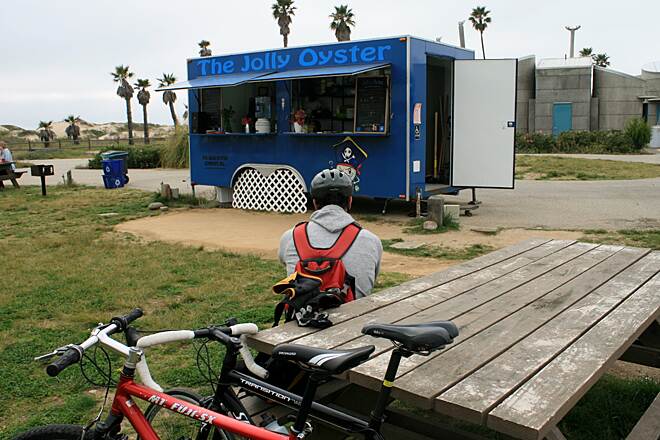 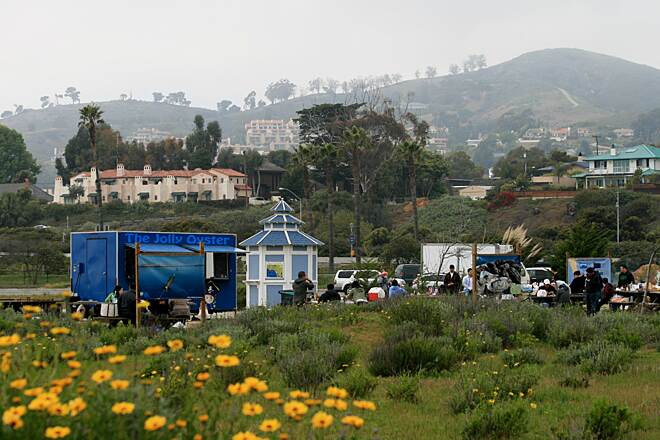 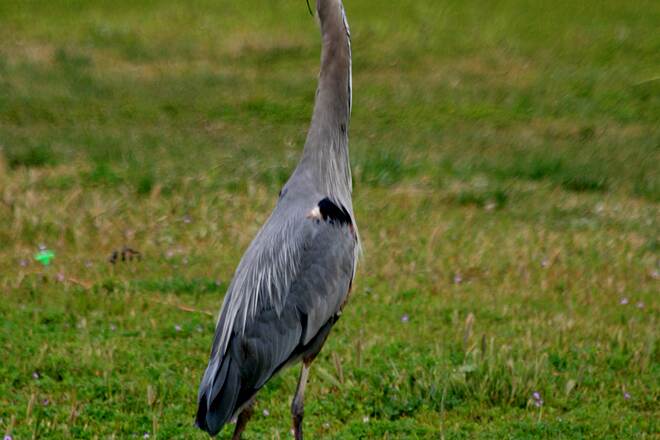 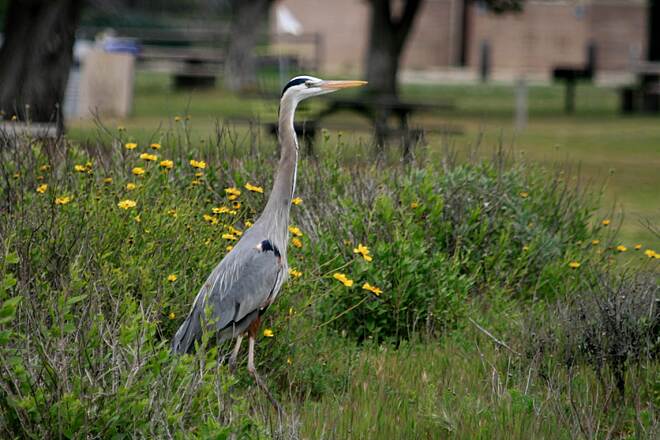 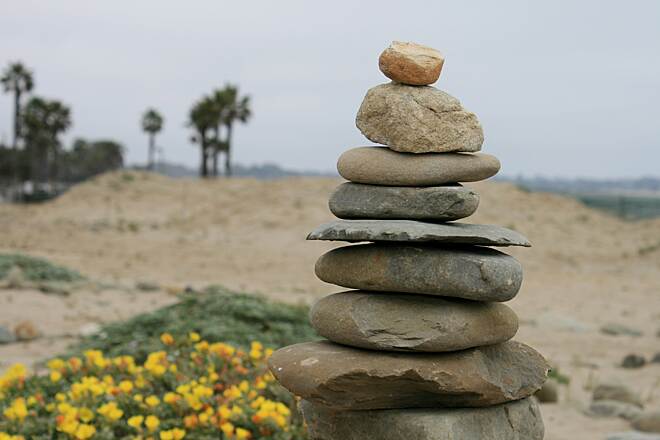 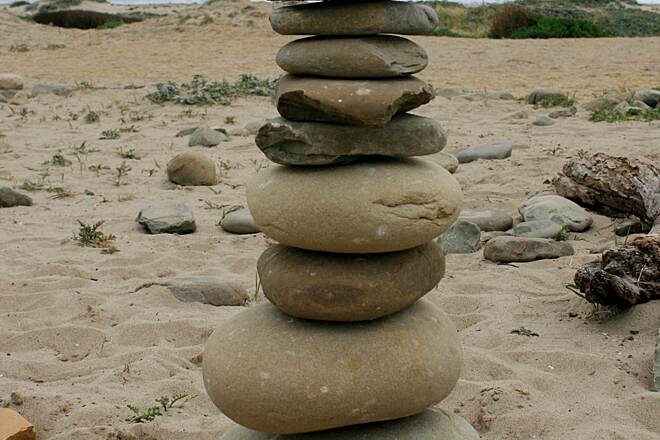 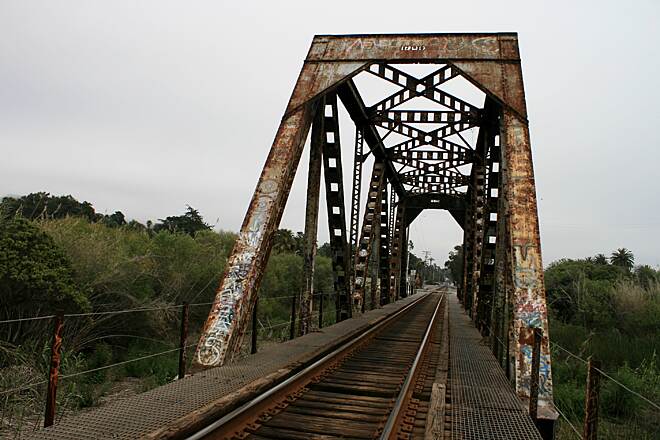 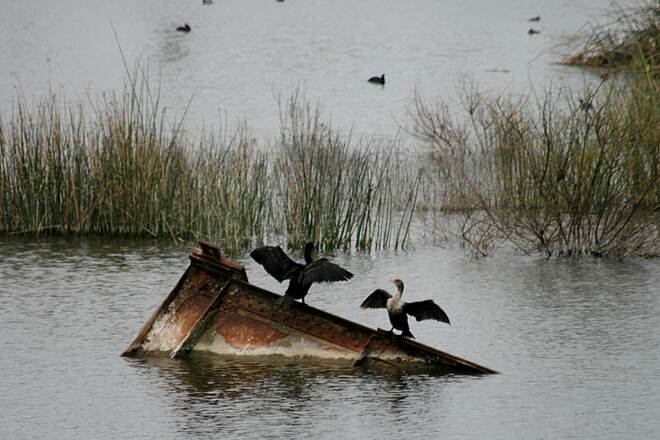 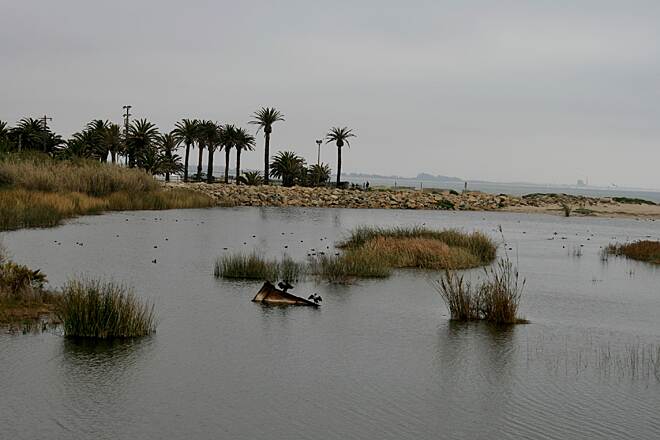 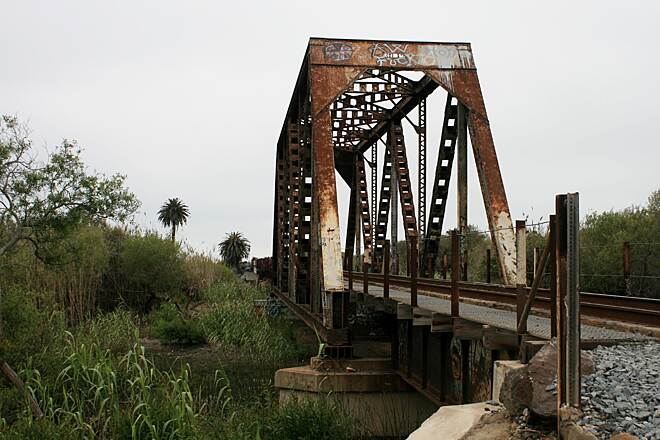 The Omer Rains Coastal Bike Trail, named after a popular local politician and environmentalist, is an incredibly scenic route along Ventura's Pacific coast. Much of the trail offers dramatic views of the ocean and distant Channel Islands, as well as glimpses of both surfers and dolphins plying their skills in the waves a bit closer. Local wildlife is a common sight along the trail farther from Ventura's downtown, including raccoons, songbirds and great blue herons.

Beginning at San Buenaventura State Beach, the trail travels along the shoreline and soon merges into the city's busy waterfront promenade. Ventura's historic pier, considered to be the longest in California, is accessible from the promenade, and is a popular spot to fish, stroll or simply take in the surrounding views.

The promenade ends at Surfers' Point, but the trail continues westward along the edge of the Ventura Raceway before turning north at the mouth of the Ventura River. At W. Main Street, the trail again turns west; follow the signs east instead to take bike lanes or sidewalks a short distance to the start of the Ventura River Trail, which eventually links with the Ojai Valley Trail at Foster Park to form a popular long-distance route from Ventura to Ojai.

Continuing west along W. Main Street, the trail soon passes under US 101 at Seaside Wilderness Park/Emma Wood State Beach and then parallels the active Amtrak corridor and US 101 to an endpoint at the start of the separated Pacific Coast Highway (State Route 1) west of Ventura. Notably, this section was the first Caltrans-managed trail in California to be adopted by a local group for simple maintenance.

From trail's end, bicyclists can easily continue north for miles into Santa Barbara County via bike lanes on the Pacific Coast Highway (SR 1).

Parking for the Omer Rains Coastal Bike Trail is available off W. Main Street next to the State Route 33 overpass, along Shoreline Drive, at Ventura Pier and at several large parking lots off E. Harbor Boulevard.

Lots of pedestrians and heavy traffic that slows down the ride to make it a casual ride; however the scenery is beautiful with the coastal views. To increase speed would recommend an early morning ride. The road is a mix of pavement and a few bumpy areas, predominantly flat for an easy ride. Would increase the star level if it were more strenuous, a longer ride, and traffic was better managed. Thank you for this trail.

This is one of our favorite rides that we have done a number of times over the years when vacationing in the Ventura area. We've always ridden this trail in the summer when inland temps are sizzling, but you can count on cool, refreshing breezes and beautiful ocean and coastal views on this easy trail.
The official trail from San Buenaventura State Beach to Emma Wood State Beach is only 4.1 miles long which is why we extend it. Don't stop at Emma Wood! Continue north on Pacific Coast Highway. I know, you have to ride on the road with only a white stripe to separate you from the motor vehicles, but it seems like the only traffic is the occasional lumbering RV slowly headed to their campsite along PCH. If you take my advice, you'll definitely burn more calories and be rewarded with spectacular views of the Pacific, gawk at multi-million dollar beachfront homes, and envy relaxed vacationers enjoying their RV's.

For running, this was a fine trail. Starting at the southernmost point, you get very tough-on-the-feet concrete, but eventually, you are on softer asphalt. You definitely dodge bike and pedestrian traffic along the promenade, but once you get north and out into the marsh areas, this trail is wonderful. From Surfers Point and northwards, the breezes and lack of crowd and asphalt surface make this a great route to get in some miles.

Only good for a very leisurely ride on a slow bike. The trail has not been maintained at all and so is in poor shape. Badly needs repaving. And as with many bike trails, it seems to be used mainly by dog walkers, runners, etc., which wouldn't be a problem except they tend to walk/riun 2 or even 3 abreast.

this was a easy ride as there are no hills, its a really pleasant ride anybody can do. I will be going back very soon to this path!