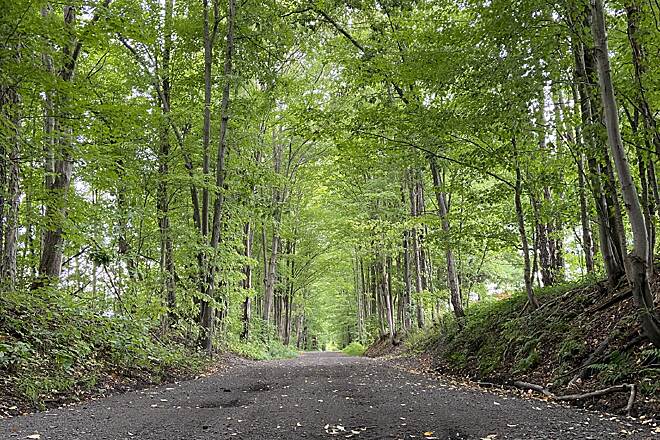 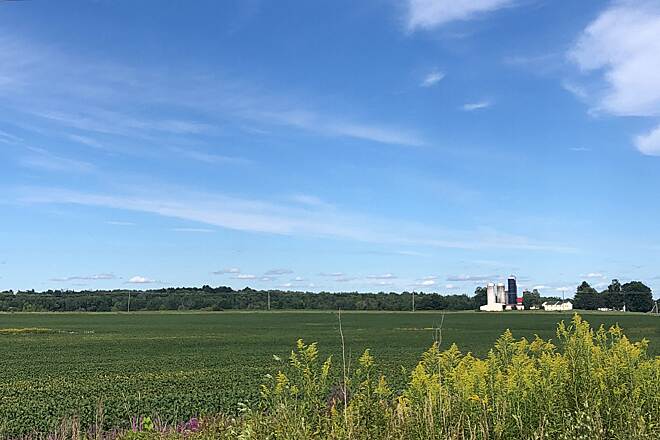 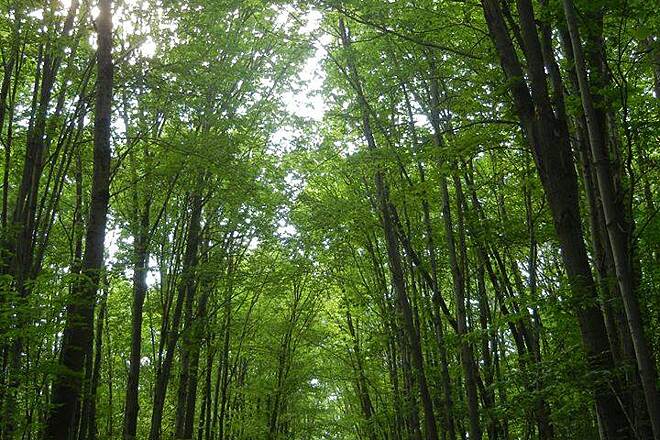 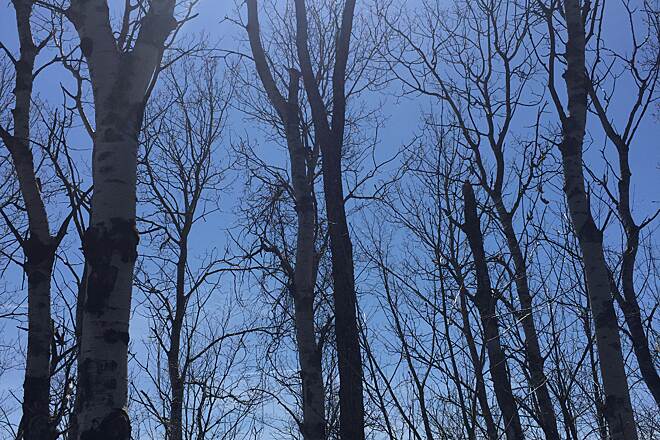 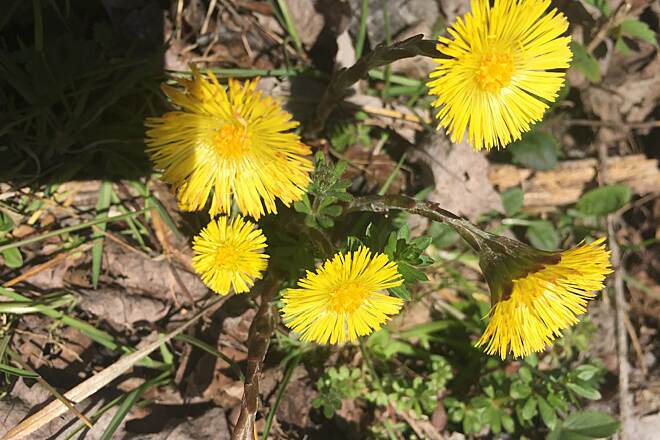 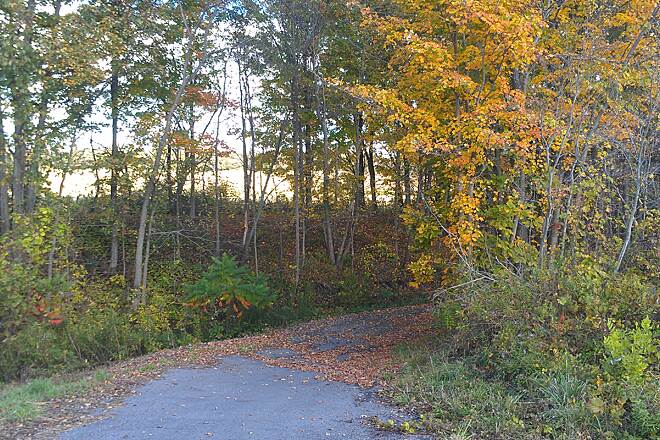 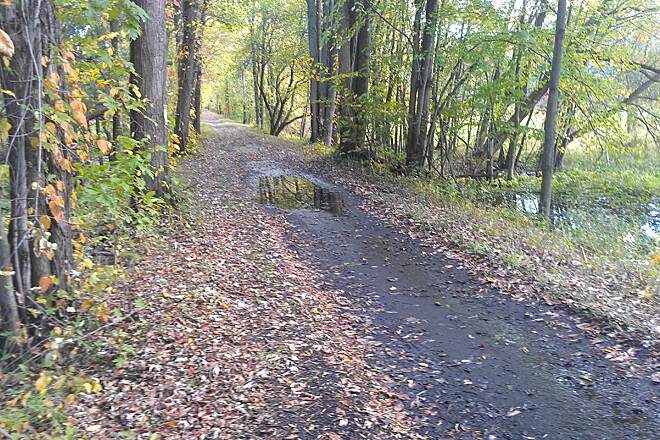 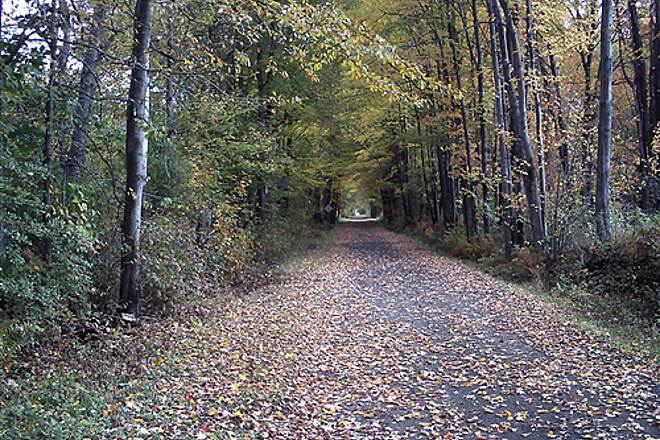 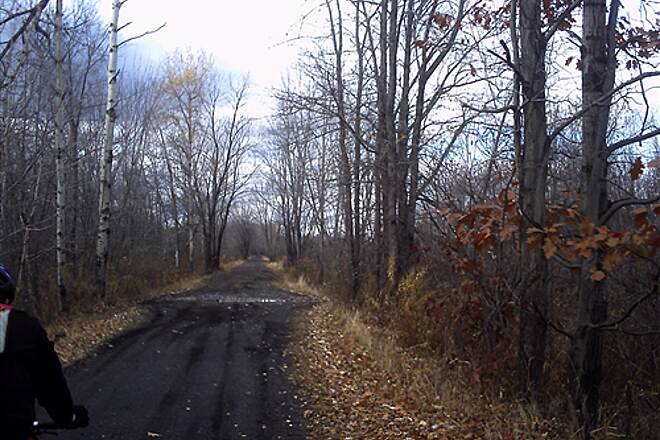 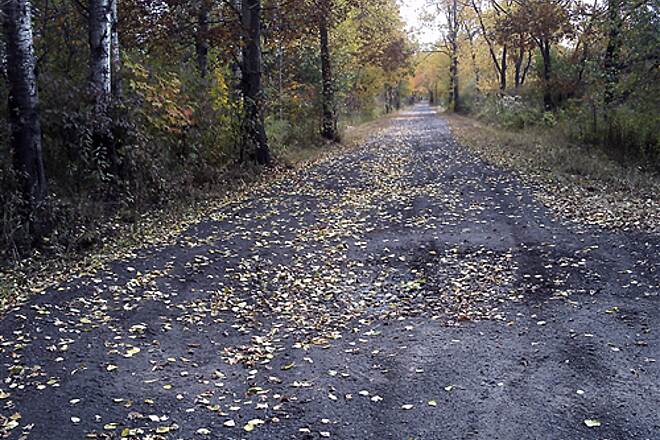 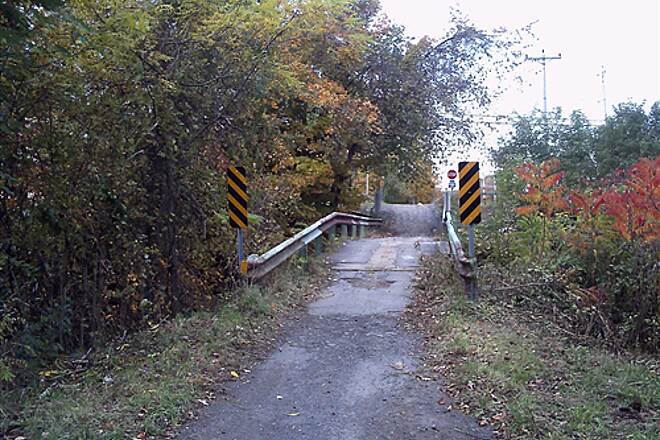 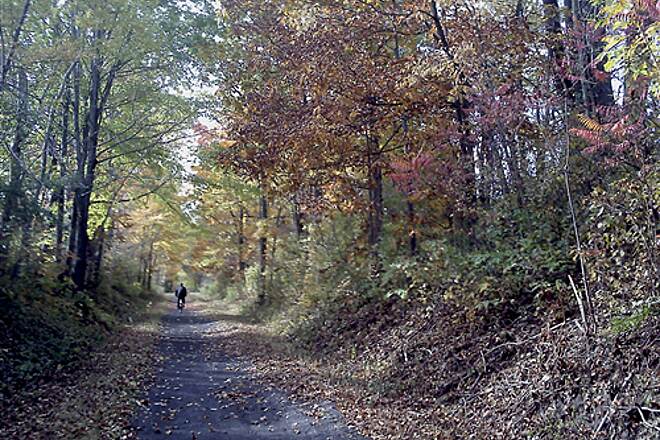 The Oswego County Trail follows an abandoned right-of-way of the old New York Ontario & Western Railroad between Cleveland and Fulton. The trail passes among scenic countryside on a sometimes rough surface. Many of the railroad bridges have been preserved and resurfaced as crossings. ATVs and snowmobiles use the trail, as do mountain bikers and hikers.

The trail is actually in two segments, divided by Interstate 81 in the village of Central Square. From Maple Avenue the Fulton side runs for about 10 miles to just west of I-81, while the Cleveland side runs about 16 miles to Hallenbeck Road.

Southeast of Fulton park along County Route 6 south of Maple Avenue. In Constantia park off Mill Street. In Cleveland park along on North Street.

Parking situation was easy, I drove by it at first because I didn’t see any markings for it though. Just a open area full of gravel. Trail was mostly compact dirt with some areas of pavement/gravel. Dirt wasn’t too beat up, besides some divots from ATVs that use the trail also. Any gains/drops in elevation were very gradual, not too difficult to manage on a bike. Trees provide shade a majority of the time which was nice. About 5 road crossings within the first 5 1/2 miles I rode East. Enjoyable ride, will likely do again soon.

Was going to begin at maple ave as it’s closest to home, but didn’t feel comfortable parking here. Clearly marked for motorized vehicles and probably great for that and locals but wouldn’t leave my car here unattended. Maybe try a different starting point.

First time using this trail. Easy to park at church parking lot at Bridge st and Clay in Cleveland. Trail begins down the street on Clay street. Mostly gravel and dirt. Not easy using a hybrid and had to stop twice for ATVs who were polite and slowed down. Only biked a few miles before turning around

I was wondering if there was anyone local in central square who could show me the trail. I just got an ATV and would like to meet someone local who knows/uses the trail.

My daughters and I recently rode the trail and had a wonderful time! Only problem we ran into was two ladies with their dogs. They nicely stepped off the trail for us to pass and hunched down with their dogs and gently spoke to us as we passed by which in turn scared the horses half to death. It really spooked them. So a word to walkers with or without dogs, just please step to the side but continue walking and talking as normal and that way the horses on the trail system will know that it's perfectly normal as well. I appreciate their intentions and I do realize not everyone understands how a horse's mind works. If something appears scary or out of the usual it usually is to a horse. We should have dismounted and walked them by as well. A valuable lesson to us all.
We do enjoy the trail but wish there was a "safe" way to continue on with the ride to Cleveland. A little too nervous to travel with horses over the 81 over pass!

Nice to have a legal place to ride close by

I just wanted to post this to make people aware that part of this trail is truly shared trail. In other words ATV's are allowed.

Below are excerpts of an email conversation that I had with an official from the Oswego County Community Development department of Tourism and Planning.

Me:
"I just want to confirm that ATVs are allowed on the trail one more time. The poster states the following "No motor vehicles, other than snowmobiles, snowmobile trail groomers, Oswego County Highway department vehicles and Authorized Emergency Vehicles are allowed on this trail", which makes me a little uncomfortable unless you are sure we are OK. Please let me know. Thanks."

Response:
"I just double-checked to be sure I told you the right thing this morning. I can confirm that, yes, ATVs are permitted on the eastern portion of the trail.

I hope this helps!"


I have no idea why the "no motorized vehicles" signs are not taken down and replaced by ATV speed limit signs. It may also cut down on people who are racing from point A to get to point B because they think they are illegally riding on this trail. I apologize to any walker, runner or biker that was not treated nicely by an ATVer slowing down to a crawl and giving a friendly wave.

As far as a review of the trail...although this trail is pretty short, straight and flat, I will say that it's at least nice to have somewhere to LEGALLY ride for FREE after all those years of $5 out of every ATV registration going to the non-existent NYS ATV Trail Fund. (Yes there are ATV trails around the state, but for a county-by-county fee of between $30-$65 depending on the county)

I would love to see more TRULY shared trails around the state.

Beautiful, but not great for biking

We were very glad to find a nearby long distance bike trail on this site since we've done the Erie canal trail way too many times! This trail is very beautiful with some great views of swamps, forests, and farmland. Some of the terrain is rough, but it was fun to have the challenge. There are lots of cross roads to stop at for traffic, but that wasn't a big problem. The main problem was that the trail must be a very popular site for ATV's. Although the trail has multiple signs saying that ATV's aren't allowed, we were constantly having to stop to allow 4-wheelers and dirt bikes pass. Probably at least 30 encounters over the 21 mile bike ride. It turned a very peaceful ride into a very disrupted, nerve-wracking experience! They were driving fast, kicking up tons of dust and exhaust, and very loud. So much for happening upon some wildlife! If they could find a way to enforce the rules of the trail, it would be much much better. Even so, we did happen upon two great blue herons and a musk rat, so it wasn't a total loss. We had a nice ride but probably wouldn't use it again unless we were sure that the rules were enforced.

I ran three miles on the Oswego County trail on a beautiful Tuesday afternoon in October, 2013. The very nice young ladies at the Sunoco convenience store just south of the trail in Pennellville gave me permission to park my car there. You could probably also park at the church across the street or the closed (and for sale) Pennellville Elementary school.

I ran east from Pennellville and initially encountered quite a bit of broken asphalt, which made the footing tricky but not impassable. It had rained quite a bit the day before, so once I got into the ash/dirt part of the trail there were some slick spots. There are also several very large mud puddles which required walking around the edge of the trail.

This section of the trail crosses several county roads, so although the trail gives you plenty of solitude and scenery, you never felt like you were in a remote area (I had good cell phone reception the entire route and was streaming music almost without service interruption.) There was no traffic along these roads and the trail passes several farms.

I thoroughly enjoyed my time on the trail, was surprised to find this particular location so close to Syracuse and easy to find via NY 481.

We had a hard time finding a trail head. We looked for the Maple Road north end entry and couldn't see any parking. There is a nice parking lot on Co Rt 6 which connects to Maple Road. No sign indicating Oswego Trail. Look for a gravel entry on the south side and a snowmobile crossing sign. The trail is wide enough for 2 or 3 people to walk abreast. It is pretty level. It has loose stone and asphalt chunks so I personally wouldn't like riding a bike on it. We walked after an rainy night and there were some puddles but nothing impassable. We only walked for 30 minutes south before turning around. I hope there are other places to park on other sections. Would love to see parking marked on the map.

This trail is mostly used by people on ATV's so it is a bit torn up for those of us who like to walk and bike. Snowmobiling probably accounts for most of this trails usage. This being said I love to mountain bike, walk and jog this trail! It's beautiful! If you live near by it is well worth it. there are lots of bridges with beautiful streams underneath.

Three of us rode the Oswego County Trail over two weekends in October 2009 (out and back west and then east half). This trail is in very good condition and is a great ride. All of the bridges and crossings were well posted and the surface was in good condition on the west half (several large mud holes) and excellent condition on the east half. This trail is highly recommended - especially in the fall. No problems with large rocks on major ruts.

A nice trail, but

It's a nice trail, but when I rode it back in 2004, it did have a few problems with excessive ATV use. A little doesn't hurt a trail, but it doesn't take much for the trail to be turned into a series of mud pits, with exposed roots that ruin it for snowmobilers, and dug up rocks that ruin it for bicyclists.
http://blog.russnelson.com/bicycling/1093621753.html

"My wife and I just moved to Cleveland, NY at the east end of this trail. We were both very disappointed in the condition of the trail. The surface in most sections of the trail that we tried is grapefruit sized rocks churned up by the excessive fourwheeler traffic. It's also important to keep an eye out for the fourwheelers traveling at a obscene speed up and down the trail. All this despite the numerous signs stating the trails being closed to all motorized vehicles. Call around if you like, no Oswego County officials are interested."

"Safe bypass needed over I-81 at Central Square, NY"

"This trail is disected by Interstate route 81 with no convienent or safe bypass at Central Square, NY. This point is located at the middle of the trail and spoils the continuity of trail for all users. At times young bicyclists are attempting to cross the busy Interstate and there is frequent snowmobile traffic crossing in the winter! This multi-use trail has much potential and would benefit many if a trail bridge could be built to link the trail east and west at this midpoint. Such a bridge was erected as a trail enhancement approximately 15 miles south on interstate 81 as a part of the Onondaga Lake Trail system. Also, The Village of Central Square is currently studying a trail system that compliment this project nicely. Help!!"