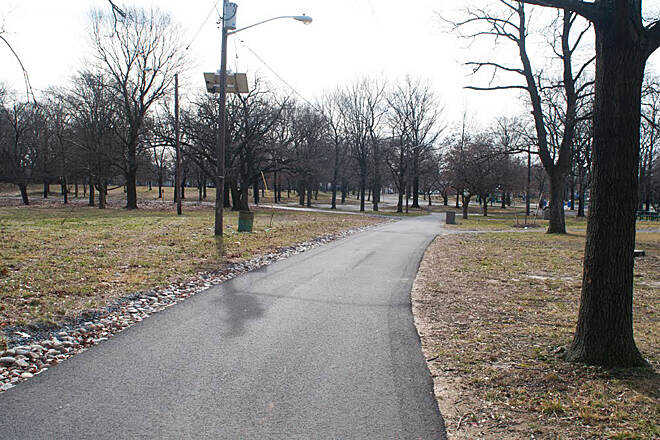 The Parkside Trail is one segment of the larger Camden Greenways network, a proposed system of trails currently under construction. When complete, the greenway will follow portions of the Delaware River, Cooper River, and Newtown Creek for a total of 9 miles. Although the Parkside Trail is less than a mile long, it forms an important link between two schools and two parks.

The paved pathway loosely follows the Cooper River through a wooded area in the Parkside neighborhood of Camden. On its west end, New Camden Park offers a playground and open play field. On its east end, the trail is anchored by the 71-acre Farnham Park, the largest park in the city.

Parking can be found on the west end of the trail in New Camden Park, which is  bounded by Wildwood Avenue, Park Boulevard, Baird Boulevard, and Pine Street.