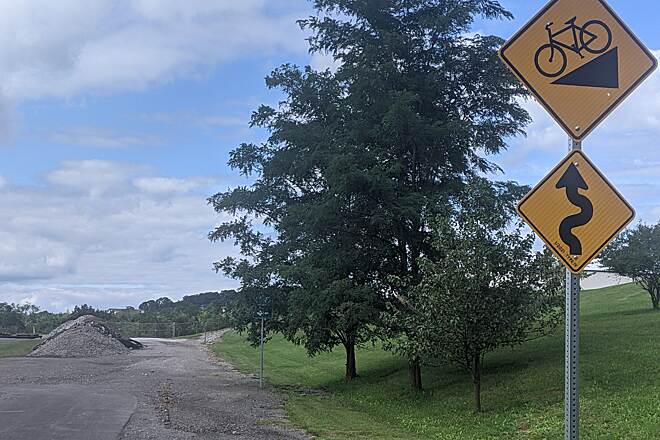 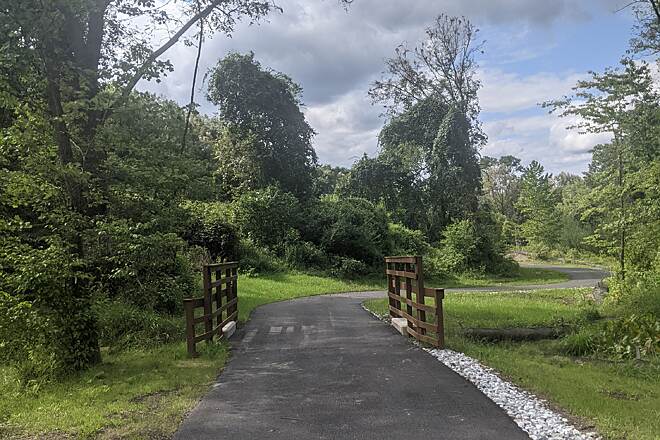 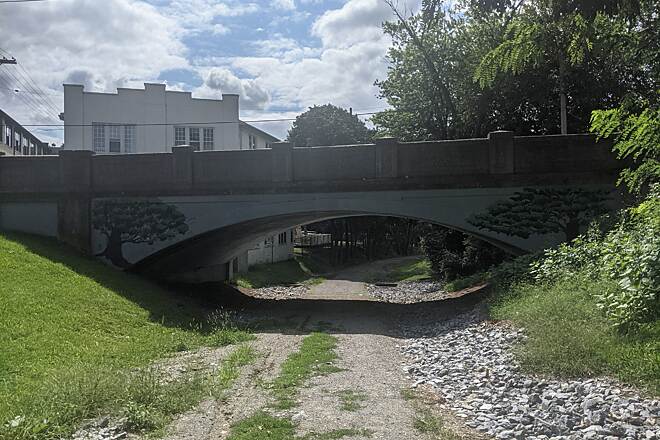 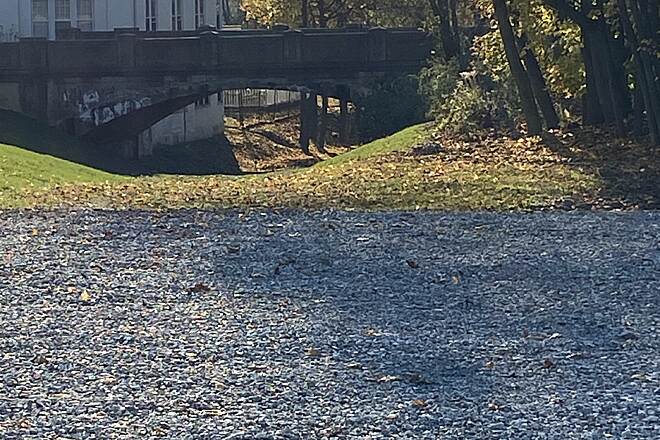 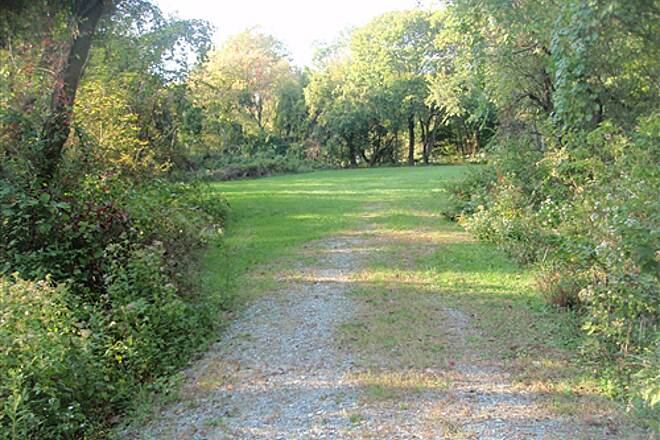 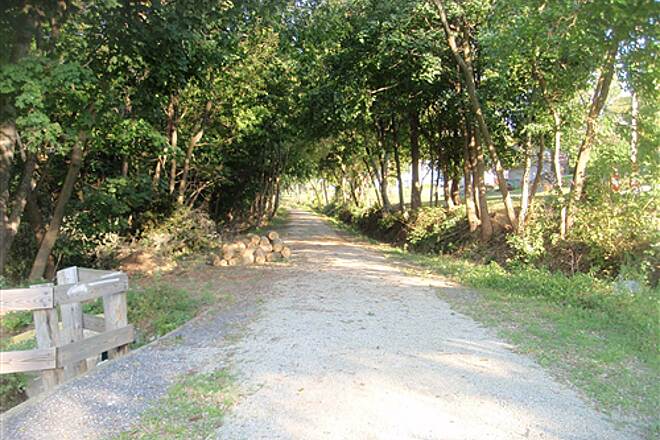 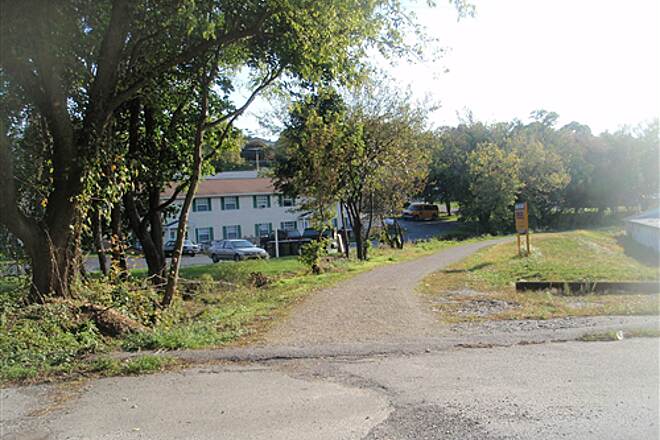 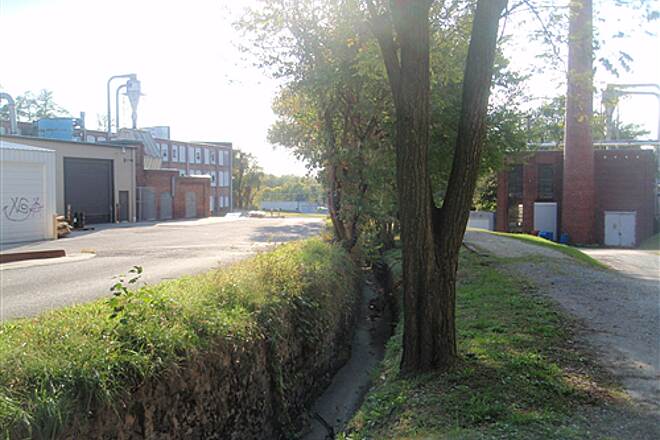 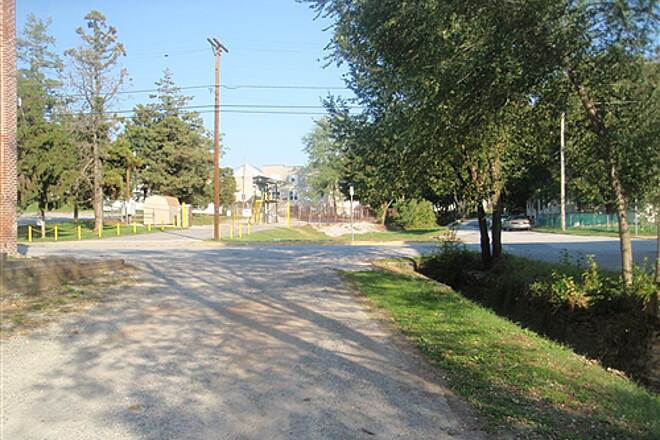 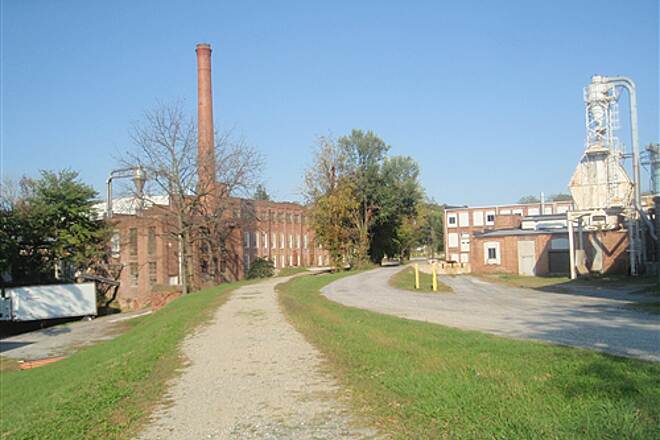 View Trail Map Send to App
This is a pleasant one mile community trail which begins right at the center of Red Lion, PA. The main trailhead is on Main St. at the restored MA&PA train station, which now is home to the Red Lion Historical Society. As of December 2010: approximately half of the trail is fully developed and paved.

Although just a mile, Red Lion Borough has extended the trail for it’s full ‘Red Lion Mile’ ! Starts as hard pack finely gravelled surface, which turns into new pavement. Near the end is a small section of paved switchback to negotiate a slope, ending near Springwood Rd and a stone cave. Mostly wooded, although the switchback is open with no trees, it’s a nice dog walking, scooter riding path for post-Easter dinner stroll this year - 2021 post pandemic. ¿¿

It would be great if the borough would fix this up but it really doesn’t look like it’s going to happen. Before i actually ran on it i was very excited i found a trail so close to my new home bc this is all i really like to run on but after my first trip i found that there really isn’t much of the trail left at all.

We started at St. Paul's church at Summit Lane, the trail had deep washout gullies as it descended to under Charles Street. After crossing Franklin Street the trail runs between factories the briefly through a wooded patch before ending at a wood products factory. Very disappointed.

Not sure why it's listed.

This trail isn't marked and about a quarter of a mile into the trail it was blocked and the properties are posted I was hoping to get to the old trestle to see it's ruins but it's not accessible. If it wouldn't have been listed on TrailLink I wouldn't of known it was the trail at all.

A work in progress, the Red Lion Mile is a short, multi-use trail that the borough is developing along a section of the abandoned Maryland and Pennsylvania Railroad. The completed section begins at Franklin Street and extends west past industrial sites (some active, some long abandoned) and through wooded areas to an open area at the end of Mill Street. Here, the trail diverges from the old rail bed, winding through an a defunct industrial area that the borough is turning into park, before ending at an unmarked clearing off Springwood Road near the boundary with York Township. One notable sight on this segment is Taylor's Trestle, a wooden railroad trestle that has degraded significantly since the line was abandoned in the 80's (the trail runs to the north of the line here).

Although the trail highlights Red Lion's heritage as a manufacturing center and rail hub while providing a nice, cool walk through some lush woodlands, there is still work to be done. To date, no benches, lighting, or signage has been posted, nor have any formal trailheads been constructed. Furthermore, the section from Franklin Street east to the old train station (which currently houses the Red Lion Historical Society) has not yet been constructed.

Hopefully, the borough will continue construction in the near future. Longer range plans anticipate the Red Lion Mile being incorporated into the Ma & PA Community Greenway, a longer rail trail project that will extend both north and south of town, connecting York with Felton. Unfortunately, ownership of the line was returned to the adjacent property owners after the railroad was abandoned, and local officials estimate that they will have to negotiate with at least 37 landowners before this longer trail can be built.