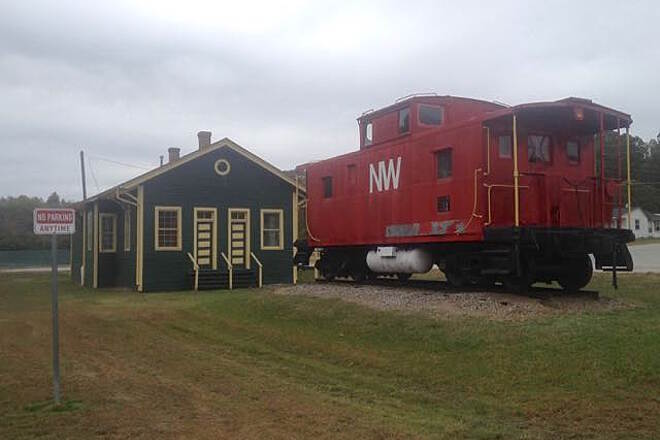 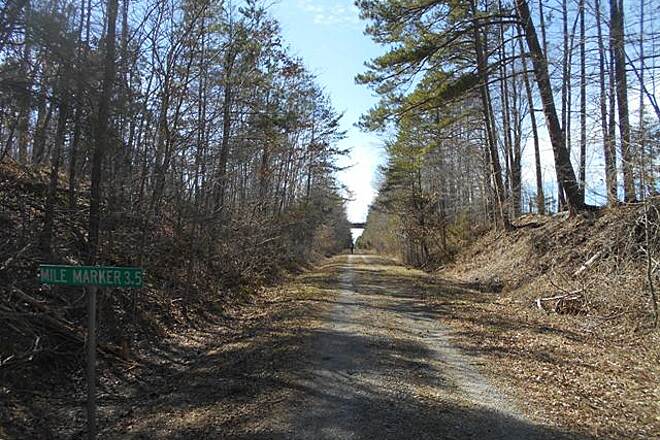 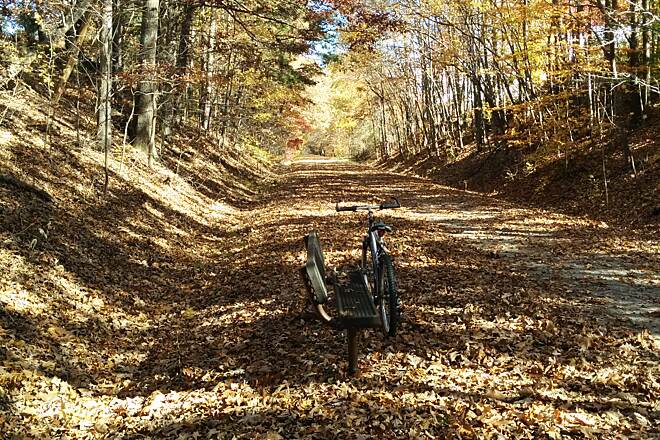 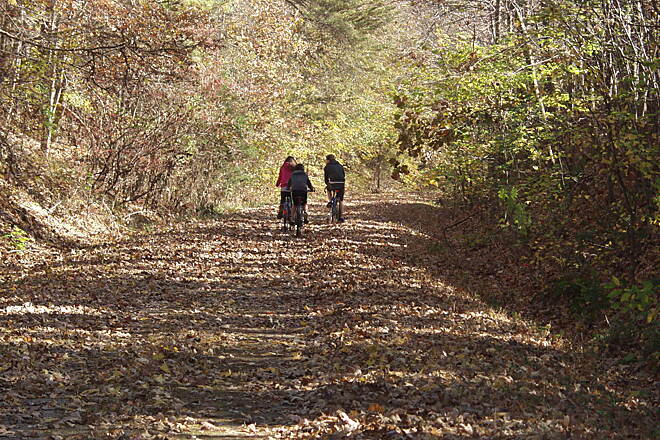 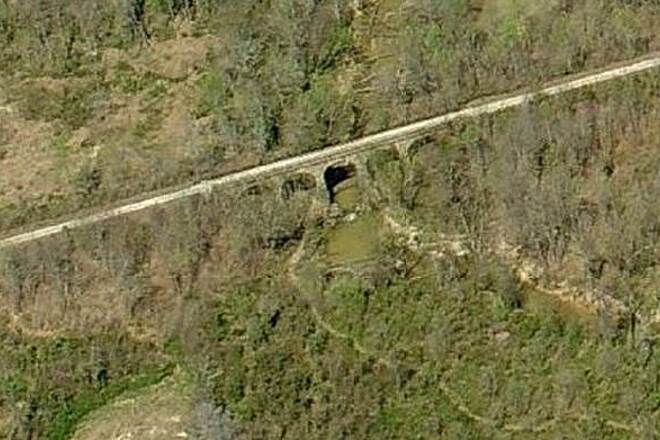 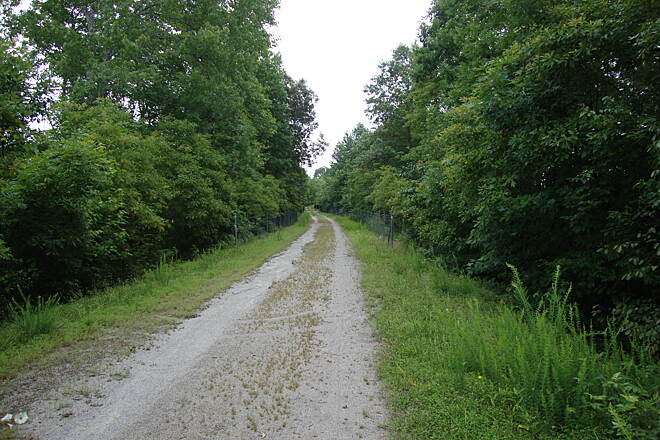 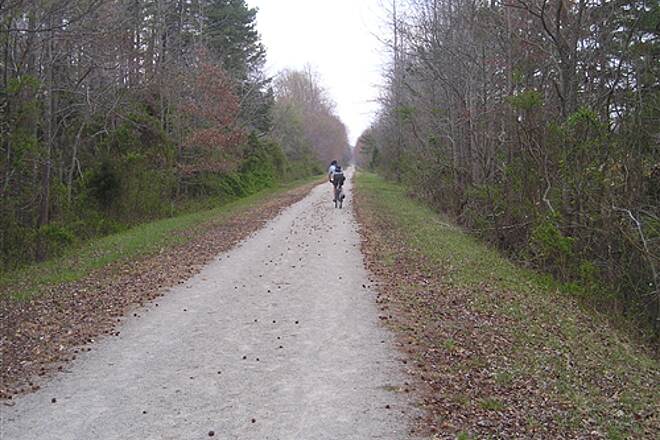 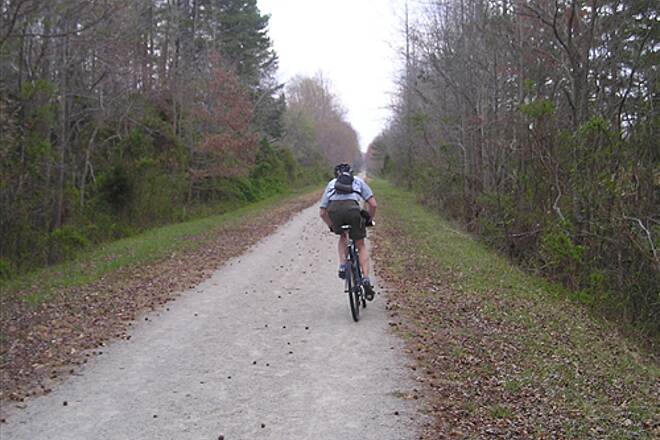 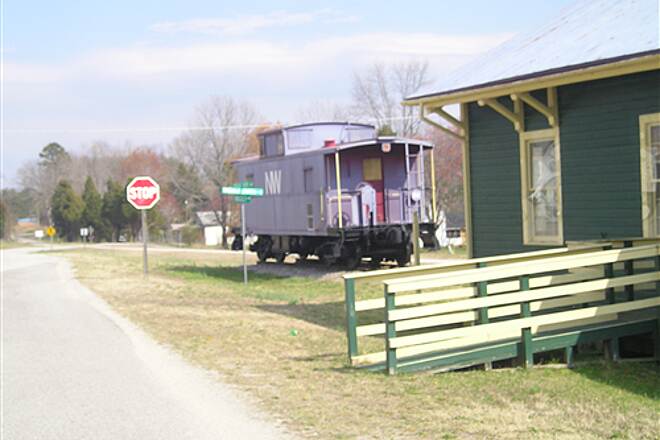 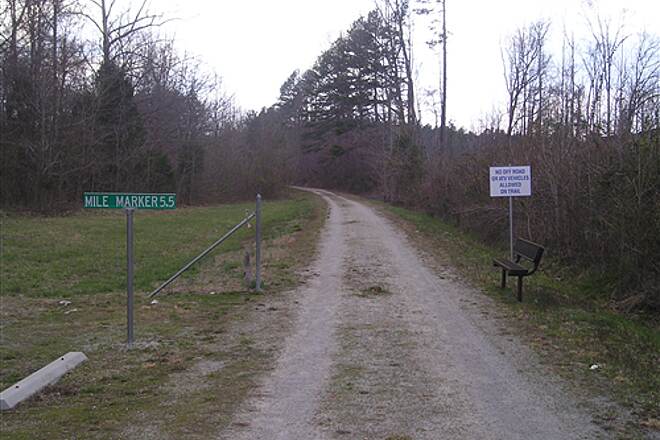 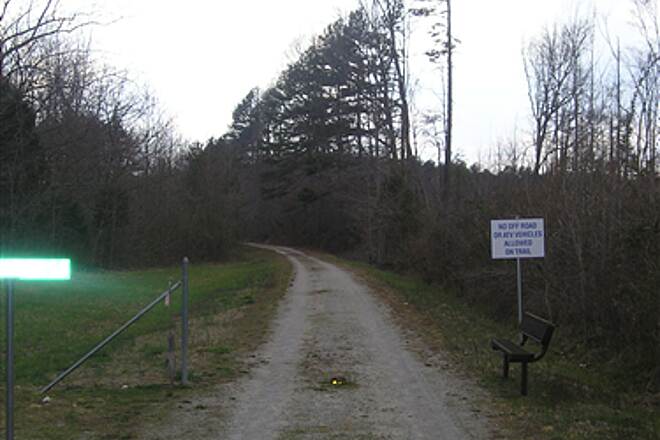 Closure Notice: In October 2018, Tropical Storm Michael caused a large portion of the trail to wash out. Sections of the trail have since closed to undergo repairs, estimated to be completed by the end of 2022. Please check with the trail manager for the latest information on closures and current trail conditions.

The Ringgold Rail Trail, also known as the Richmond and Danville Rail-Trail, follows part of the right-of-way of the old railroad of the same name, an important transportation corridor for the Confederacy during the Civil War. The railroad linked the Confederate capital of Richmond with Southside, the area between the James River and the North Carolina border, where hospitals, prisons and supply depots were located. Jefferson Davis and the Confederate Army took the route of this railroad line when they retreated from Richmond near the end of the war. They also used it to carry war supplies and Union prisoners.

Today, 5.5 miles of this historical corridor, which eventually became part of the Norfolk Southern Railway system, is the scenic Ringgold Rail Trail. The trail opened in January 2001. It travels past farmlands and through light woods, providing a flat route for a walk or bike ride in the rural Virginia countryside on the outskirts of Danville.

Start your trip at the western trailhead, and in only 1 mile you will reach a wetland area with prime waterfowl watching. The ride is comfortable for bicyclists and easy for hikers of all ages; it's also wheelchair accessible. You can brush up on your Civil War history as well: plaques along the way detail significant events that happened near the rail-trail. If you're looking for evidence of the trail's railroading past, the eastern trailhead has a restored railroad depot and an old red caboose.

To access the eastern trailhead, continue east on US 58 for an additional 3.75 miles then head north on Hackberry Road/State Route 656 for 3.25 miles. The trailhead is west of Hackberry Road/Kerns Church Road near the intersection of Kerns Mill Road.

Great trail for family walking, running, biking. It’s wide clear trail, I left one star off as the bridge is supposedly out and there are barriers that keep you from crossing. Otherwise, it is still a good spot for some outdoor exercise.

I agrees with May 2019 review. We would not recommend this trail. We found it with no problems. But the trail has several type of gravel that make riding on it dangerous. Several trees have been cut to allow passage but many more need to be cut around mile marker 3.5 and Mile marker 4 the trail has a large opening that you can not get over or around. Do not recommend this trail at this time. Hope the area can get it going again after the storms damage.

Hurricane Michael petty much destroyed most of the trail in 2018 and it is unlikely to be repaired in 2019. Storm water gouged out a 50-foot deep and 200-foot long gap in the trail that we witnessed.
https://www.godanriver.com/news/pittsylvania_county/portions-of-ringgold-rail-trail-still-closed-after-tropical-storm/article_fb1e2980-241e-11e9-b23c-bb68d7fc9990.html

Trail is OK. Pretty good for a cyclist. Couldn't get a good view of a beautiful stone bridge as there were barriers and fences preventing access.

Nice Shaded Trail Thru The Woods

We started at the western side. Three miles east of Danville on Rt. 58 take Ringgold Depot Rd. north for 3 miles and then turn left on Ringgold Depot Rd. Plenty of parking at the old Train Depot. Mostly shaded thru the woods. Flat trail with beautiful wild flowers.

Finding it at the Eastern End

Nice trail, easy walking, and no crowd-except for the bugs, be prepared with bug spray. For those of you trying to find the trail at it's eastern end be observant because it is not well marked. If you are traveling north from Rte. 58 up Rte.656 at approx. 3.2 miles there is a parking lot on your left hand side. The marked "dead end road" Railroad Trail is on the right just before the lot.
Even when you get there you are not sure you are there because there are no signs at all, just a gate and some concrete parking blocks.

rode trail from start to finish and back. nice trail rather lonley as I was only one on trail . Has a few spots with tables . very nice trail .

We rode this trail in March 2015. It's nice enough but unremarkable. The ride from Sutherlin is slightly uphill. Nice little train station at the Ringgold end (closed, but it appeared to be in the process of renovation). This was a pleasant enough ride. Surface was fine for my hybrid. It would be great if this actually connected to the Tobacco Heritage trail like Google maps depicts!

We rode the trail east to west in the late afternoon of a hot 80+ degree spring day. The ride was pleasant enough though not remarkable, level and shaded enough to be comfortable on a hot day, with a surface that included several deep loose sandy patches. The loose sand detracted from the ride a bit but for the most part staying in the grassy center avoided most of the problem areas. We couldn't find the eastern terminal on the car's Garmin but the Trail Link directions were excellent and brought us right to the eastern trailhead. There is one discrepancy however with the Trail Link description in that there are no plaques of any kind regarding the Civil War history of the area. We didn't see much wildlife either other than a turkey and a hawk but all in all, it was a nice ride before dinner to finish the day.

My husband and I rode around forever looking for this trail. The directions that we had (no navigation system)took us somewhere out in no man's land. There was absolutely no signage at all. So, we opted to do the Riverwalk Trail. It was a nice one. So, for those of you who have actually been on this one, how in the world did you find it?????

Again, I am a native of Ringgold and Danville and have been riding this trail as soon as the tracks were taken up and there was nothing but bedrock. This is the rail line that is in the song "The Night They Drove Old Dixie Down". The railroad station at Ringgold was completed in 1858 and the slave trestle bridge over Sandy Creek two miles from the Ringgold trail head was finished in 1859. The trail is more maintained by locals than Pittsylvania County, who seen to ignore the need for recreational trail maintenance, political, so we will not go into that. Much wildlife to see, I have even seen a black bear near the bog at Sutherlin Millpond.

Tucker The Dog and I run this trail every chance we get. We begin on the east end and depending on the amount of time we have do an out and back of either 4, 8 or 11 miles. We usually have the trail to ourselves so Tucker can run off lead and he really enjoys himself. Deer are rather common as are rabbits and squirrels. Only wish the trail was a little longer! Thank you to the folks that built and maintain this great trail.

David and Tucker The Dog

There is a depot and caboose at the western trailhead.

About .75 mile along on the right is Ryland Dodson's meditation garden.

"This is a pleasant 5.8 mile ride through a variety of ecosystems-rolling farmland, swamp, forest. Picnic tables at both ends and points in the middle. Very old train station and caboose at Ringgold end."

Am I the only one to get into trouble for riding 4-wheelers on this trail?