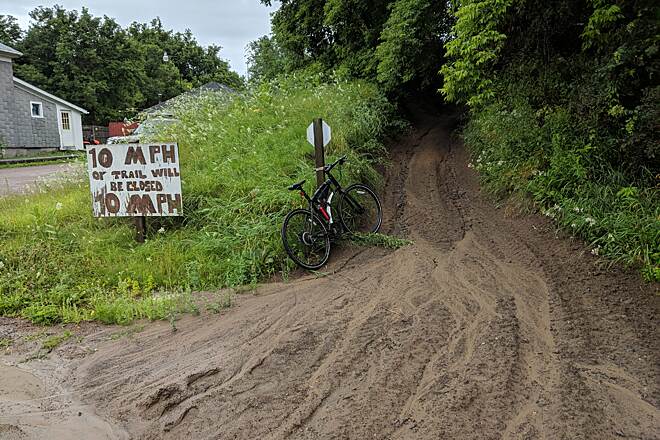 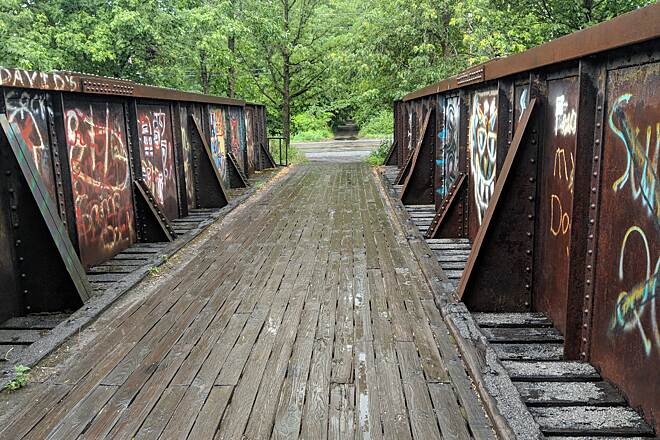 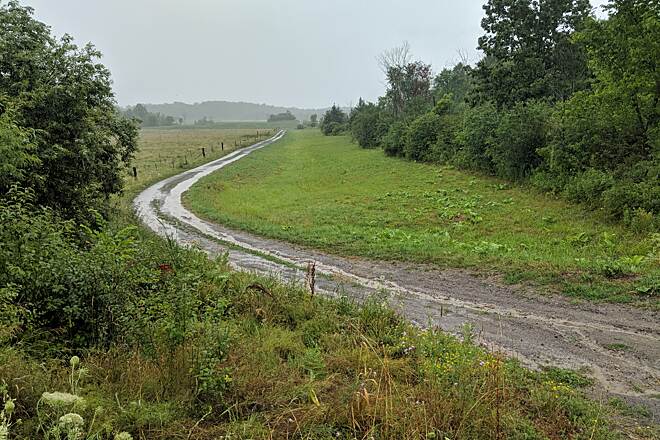 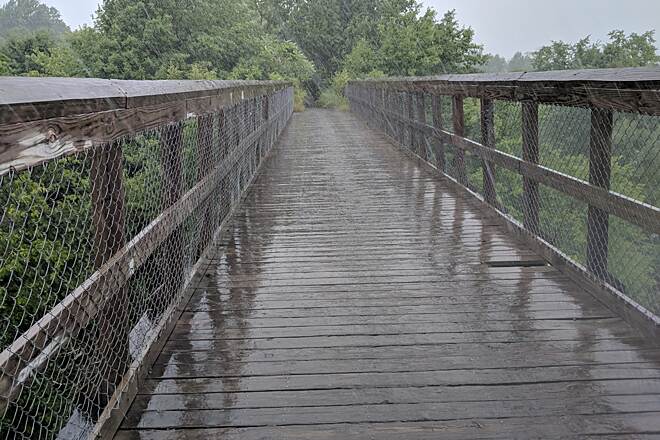 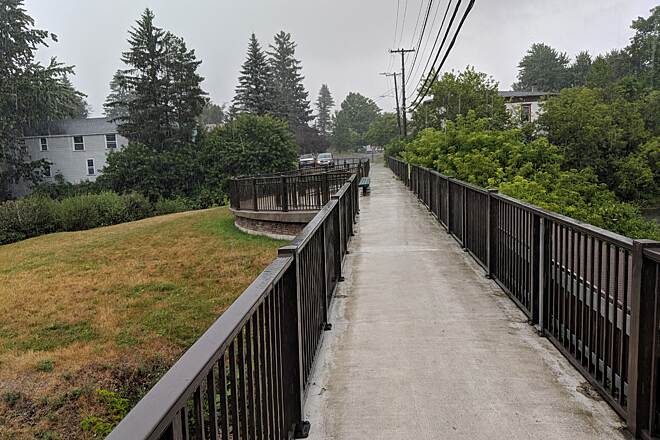 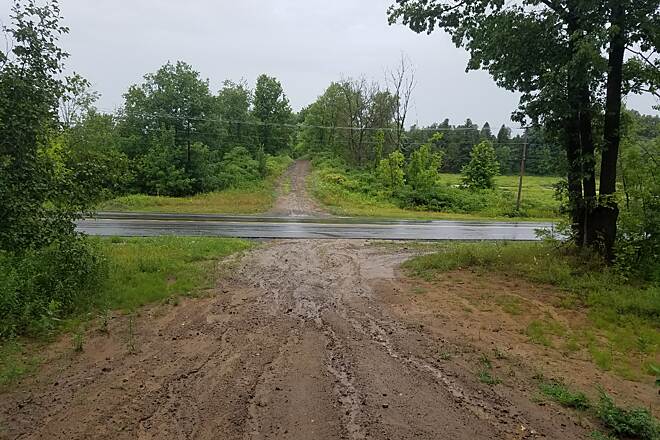 Note: The Rivergate trail is closed from Theresa to English Settlement Road because of a washout. Contact the Rivergate Wheelers for updated information.

The Rivergate Trail, also called the Sissy Danforth Rivergate Trail, stretches from Acheson's Crossing at State Route 11 in Philadelphia, New York, west to Clayton. A second spur runs north from Theresa to Redwood. The trail occupies the former Penn Central Railroad and is also popular with ATVs and snowmobiles.

The 30-mile Rivergate Trail traverses farmland and forest and is maintained by several local ATV clubs, as well as the Thousand Islands Land Trust.

The trail can be accessed at several places. In Clayton, take East Line Road to Black Creek Road. The access is about 1 mile down the road on the left.

Not for bikes that don't have fat tires

I tried to pedal my mountain bike from Clayton to LaFarge. Got 1.6 miles into it, hoping it would get better but it didn't. Very difficult to pedal in the grass and it felt like my tires were sinking. I found a field that had a passageway of power lines and got out on the road. The back country / farm roads were so much better to ride on than this trail. I would not recommend this trail, and I am an avid trail rider.

Wish I had read these reviews first...

Hard to find, no signage in Redwood or Theresa, chained gate at the feed store in Redwood. My GPS found access at Rivergate, with parking. Don't wear sunglasses! The deep shade and black trail surface (cinders, maybe?) make it difficult to see the rocks, deep sand, potholes and craters. The single star was earned because of all the nice people I met, asking directions.

While scouting the trail for the first time prior to going on a ride, I found difficulty at the Douglas Crossing portion. The trail appeared to be obstructed by equipment belonging to Hick's Ice. After speaking with an individual and researching tax records, the portion of the trail that runs parallel to the business is owned by Allen Hicks. Hicks is reportedly denying access to this portion after some irresponsible riders caused damage to land or property a couple years ago. Riders must detour along Countryman Rd., Pink Schoolhouse Rd., to Drake Rd. which turns in to Snell Rd., on to Rt. 411. which is approximately 6.9 miles. Also, a trellis/bridge that runs through this portion has collapsed. Hopefully a solution to this can be found to re-open this portion of the trail.

This trail sorely tested the idea that a bad day biking is better than a good day at work.

Looks like it is used by ATVs a lot ... the surface is not particularly flat or smooth, anywhere. It's a constantly bouncing ride, which gets old after a while. That's really saying something for me, because I ride a fat bike and enjoy that sort of thing.

As of June 2016, there were two major problems as I went north from Philadelphia: The trail toward Clayton all but disappeared into overgrowth at Douglas Crossing. Okayyyy ... double back and settle for the shorter trail to Redwood. That turns into deep sand in places and is heavily rutted in others. The washout was passable by walking the bike, but it was really hard riding beyond that so I gave up.

Periodically there were places where I dared not go too fast, then bogged down in soft stuff because I was going too slow. Luckily I never actually fell, just had to do a panic dismount jump a few times.

Don't make a special trip for this one.

This trail is fun, and one of the only published trails for Jefferson county. Riding from Philadelphia to Redwood is quite fun. Tried going to Clayton but the trail looked as if it's hardly been used after Douglas Crossing. Does anybody know if the Clayton trail is still open?

Attempted to run from Philadelphia to Clayton. Trail is made for mountain bike or off road vehicle. Not really suited for running. Also, trail portion west of Douglas Junction over the black creek is un-passable. Could not find a detour as you're 30 feet above the water standing at a cliff with no way across. Had to double back and detour to side streets to get needed miles.

Rode this trail to from Philly to Redwood last year on a poker run to benefit Haley Mills. Awesome run and awesome trail.

This is a great trail. The Indian River ATV club does an awesome job maintaining the portion from Philadelphia to Redwood. I hope the trail to get to Clayton gets repaired soon.