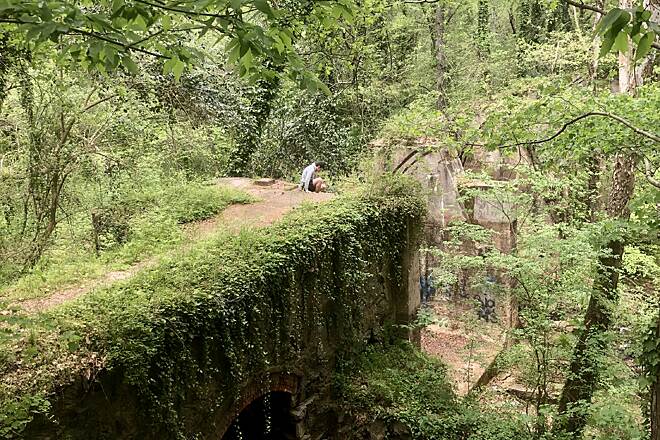 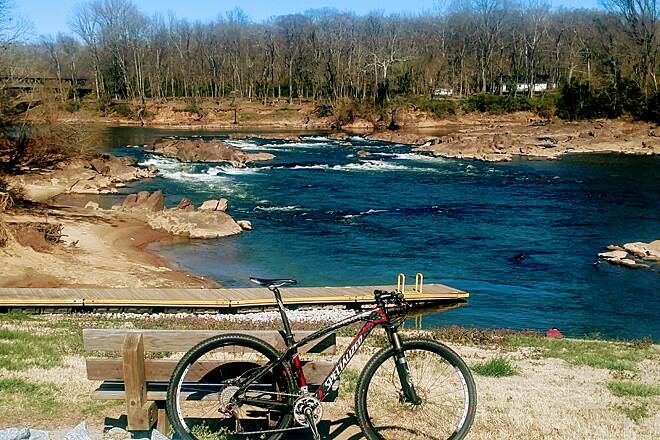 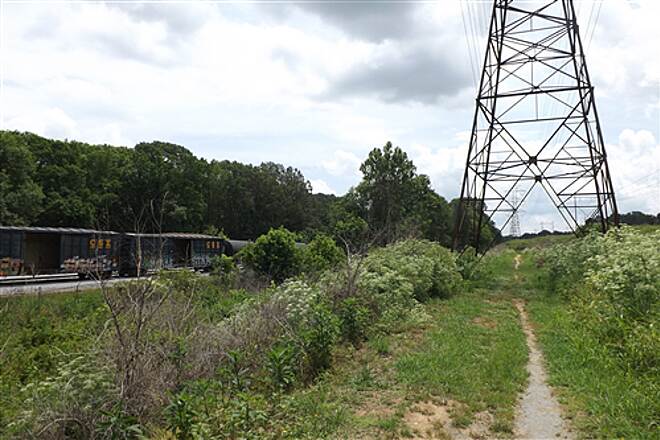 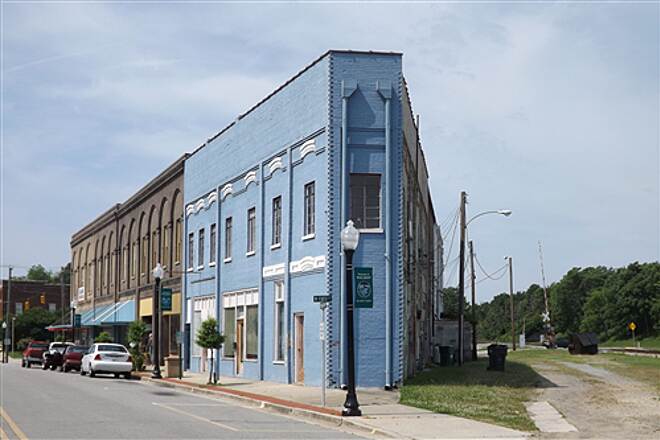 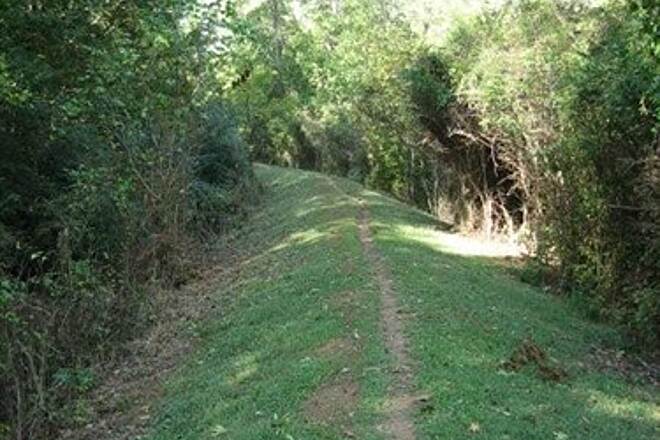 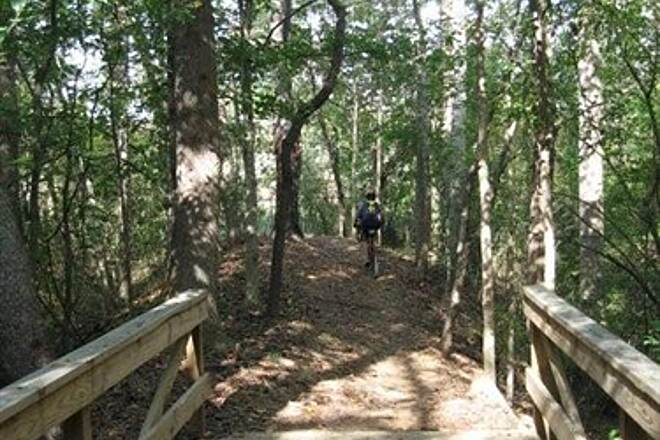 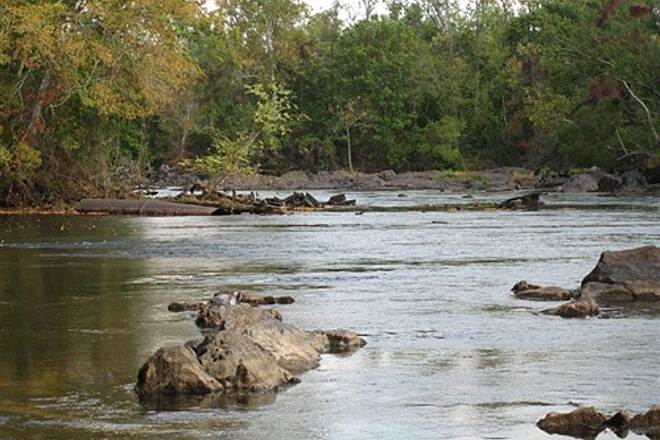 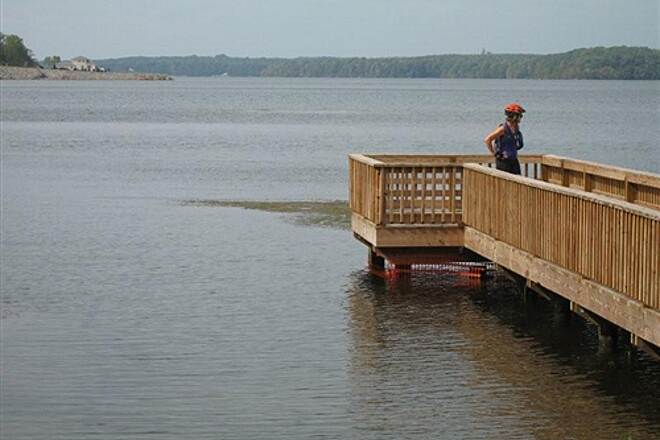 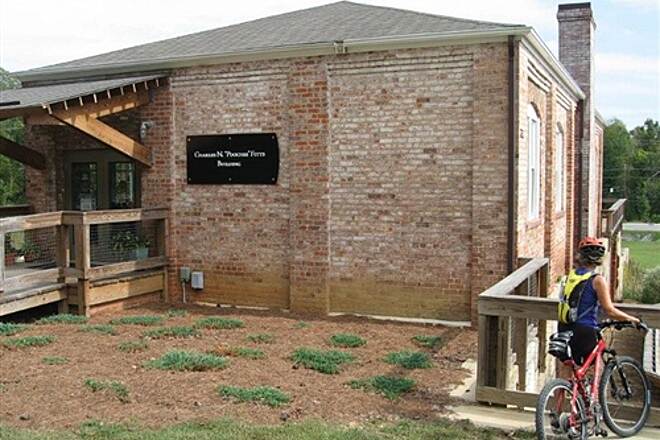 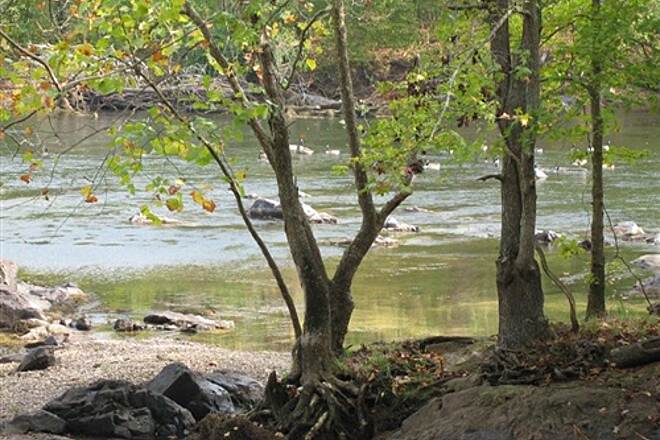 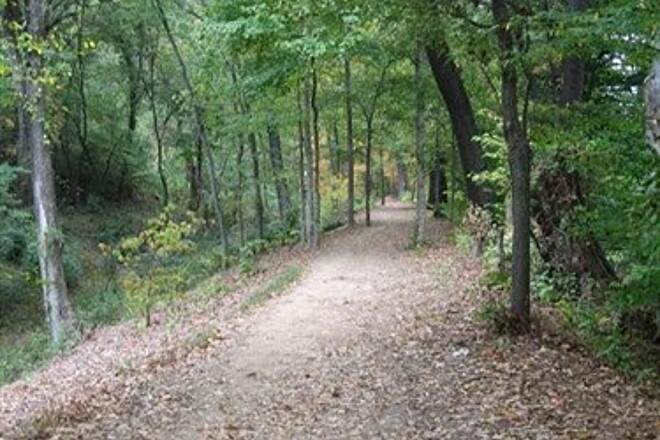 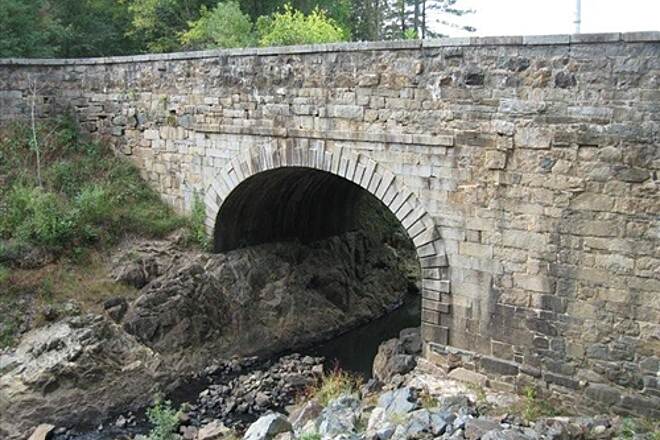 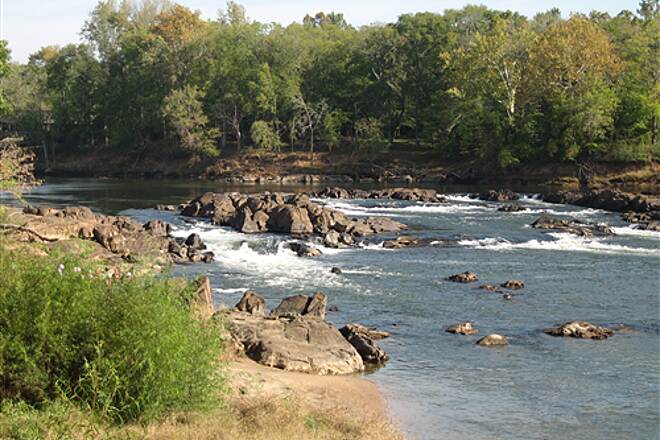 The Roanoke Canal Trail is a beautiful recreational biking route from the town of Roanoke Rapids to Weldon. The trail follows one of the country's most impressive and best-preserved early 19-century canals. Begun before 1819, and completed in 1823, the Roanoke Canal was built as the North Carolina segment of the ambitious Roanoke Navigation System. It was designed to connect the Blue Ridge Mountains of Virginia with Norfolk across a distance of 400 miles. Today, intact segments of the canal include portions of the 39-foot-wide channel, its 10-foot-wide tow path, the original aqueduct and a stone culvert.

In addition to the lovely scenery along the trail, you can learn about the canal's history at a new museum, housed in the former generator house and office building for the Roanoke Navigation and Power Company (listed on the National Register of Historic Places).

There are numerous access points and places to park throughout the length of the canal trail. Please see trail map for access points and driving directions. You can also visit the Roanoke Canal & Museum website to download a brochure that shows the access points.

For starters, the Weldon end of the trail is very scenic. However, it is not a fun trail to ride. It is very poorly maintained - lots of roots and rocks on the surface, at one spot we had to lift our bikes over a fallen tree, another spot was washed out, and the directional signs are very lacking. At several places we weren’t sure where the trail was. This is a much better walking trail than a biking one.

Wife and I went today - July 6- started at oak woods trail by the hydro plant - went to the end and back - DEFINITELY recommend a short stop at the Roanoke Canal Museum ($4 cash only) - the curator there was very knowledgeable and made the trail that much better knowing the history we were riding through. The only part we had an issue with was once we left the museum & crossed the street- the brush was blocking the trail entrance sign - we quickly figured that out in a few blocks & when we turned around headed back to the museum- the sign was in a clear view. Lots of critters along the path too.

Beautiful shady trail with a few sunny sections riding on freshly mowed grass. Nice flora and historical signage. We began at Roanoke Lake day use Park, rode to River Falls Park in Weldon and back. Fairly well maintained, but it could use better signage for getting on the trail at each end.

I ride this trail pretty often. It's a awesome trail to ride. If you haven't checked it out you need to. It has some gourgous views of the Roanoke River and the trail is a good workout.

Mixed Bag - Not for the Faint of Heart but Enjoyable

Just rode the eastern end of the trail (from mile post 7.8 – River Falls Park/Weldon to 3.3 – River Road Parking Lot and back again) last night (Friday, January 3, 2015). Several notes:
1. Great parking area in Weldon (with rest rooms) but trail begins by following the STREET! (I inadvertently followed a 4-wheeler track along the RIVER until it petered out and I had to fight my way through the brambles uphill to civilization.)
2. Signage is provided by small 4”x4” posts about 24” tall with little directional triangles. Easy to miss.
3. As others have noted, do NOT plan to tow a trailer along this segment of the trail. It really is “single-track” in places and marshy in others (if you follow the trails around the water treatment facility.) Additionally, two separate washouts required me to get off my bike and push back up to the trail.
4. I did not allow enough time to confidently explore the area. On way back (correctly on the street this time), I found the Riverside Mill, a “unique emporium” featuring local artists, an antique and collectible mall (50 dealers!), used books and women’s designer fashions, shoes and handbags. Also found the old train station that looked pretty interesting. And did I mention that Weldon is the “Rockfish Capital of the World”? (True – when the stripers run in the spring there are fishermen up and down the river. A pretty famous deal.)
5. I drove up from the south on US-301. Stopped (again, too briefly – sorry, Carl, the museum director who was more than willing to converse!) at the Halifax Museum, dedicated to one of the earliest groups to press for independence from the Crown. Worth an hour or so to watch the video and poke around the museum and see the restored areas in the town of Halifax.
6. Yes, I plan to go back and ride the entire trail. It’s pretty rugged, but that’s okay sometimes. Could make for a really unique destination trail some day, but not quite yet. I hope that local industries would adopt sections and really turn it into a show piece for the area.

Rode trail with dual shock MTB. Forget road or trail bikes. First 3-4 miles out of Weldon only MTB compatible. Trail maintenance is not up to speed. Signage is poor especially at mid point where trail peters out and is found only by searching for a one tire trail through what appears to be a landowners personal pasture/yard close to the canal. Based on where one exits from the trees, it would appear you need to ride a gravel road toward a mansion but that ends up in a private parking area associated with 4-5 garages---luckily no one came out to chase me away.

It was a little rough with a Burley and two kids in tow! I would not advise taking a child, or children, in a trailer beyond the I-95 section of the trail, as it gets more difficult (fun if you are into technical riding and have a good bike). I'd like to see the trail managed better, more consistancy in the trail surface, and marked better. Over-all, it was a fun ride, despite the unadvertised single-track section of the trail.

This is really a hiking trail and a technically challenging single track. It is not for cruising and can be quite dangerous for riders without mountain biking skills.

"I thoroughly enjoyed this ride. Mountain bike is a must to do the entire length and deal with tree roots and rocks. I rode fairly steady pace and averaged about 10mi/hr. Trail could use some better signs. I missed a turn or two, but It's not like you're going to get lost. A lot of wild life, watch out for deer."

The section from I-95 to the Aqueduct parking lot is very demanding and mountain bikes are needed.

The section from the dam is rough but not too demanding, but it stops at what will be the canal museum.

The section from the River Road parking area to the stables near I95 are mostly level and the prettiest I have seen. From broad greenswards, the river flows lazily by, with the scent of honeysuckle implying an earlier, slower lifestyle.

All sections have tunnels of shade with the scent of honeysuckle combined with views of the old canal in many areas.

When this trail is completed, it could become a major must-ride."

This trail is great!

"My wife and I go all around the eastern USA riding lots of rail trails. This was the worst trail I've ever seen. It had virtually no signs/markers, no trail maintenance, and was closed due to flooding about half way, but no signage of that. I would NEVER recommend this trail to anyone. It should be delisted from the trail link."