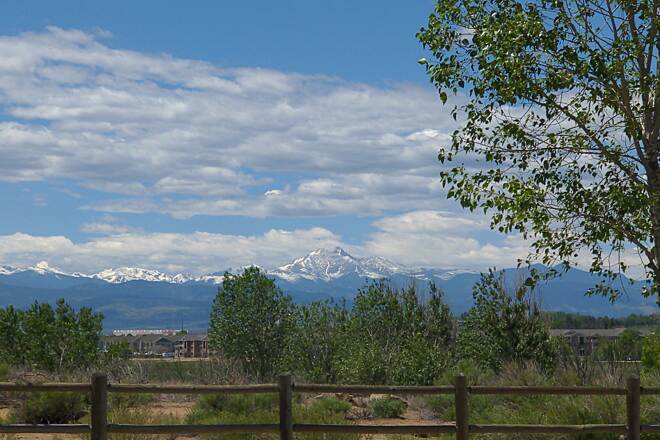 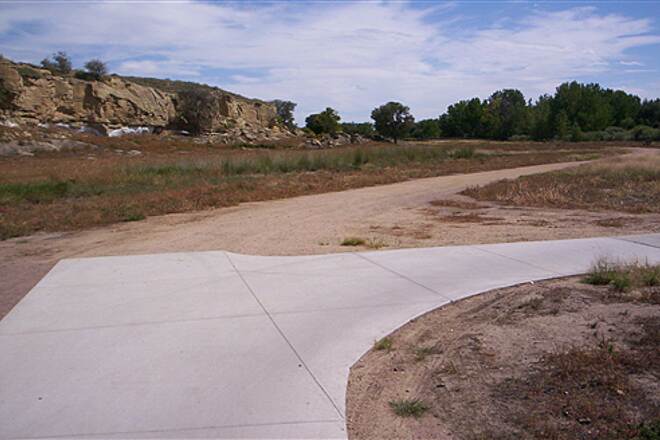 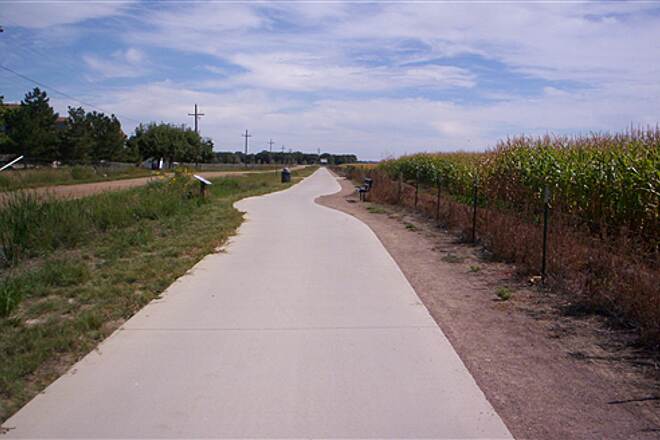 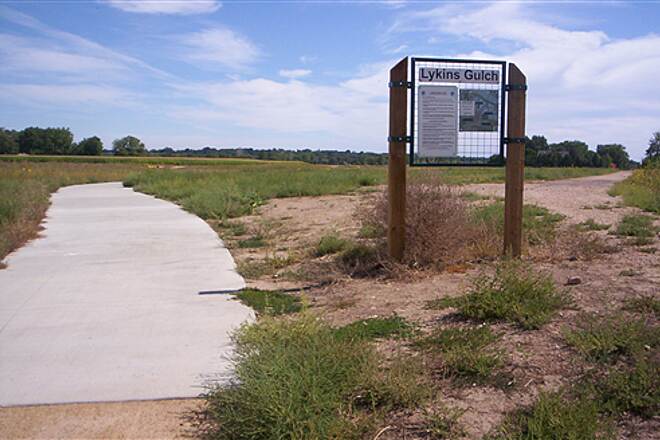 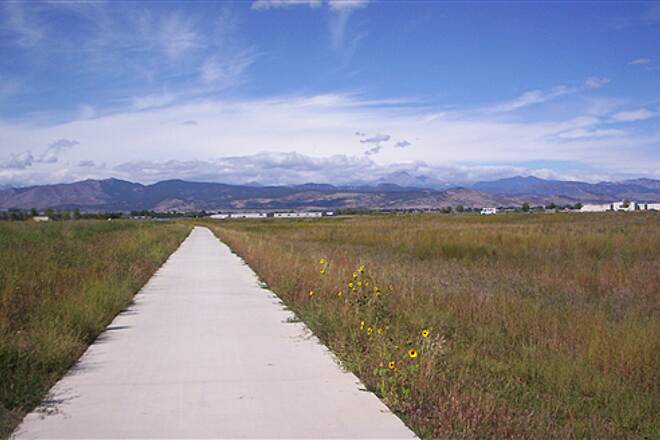 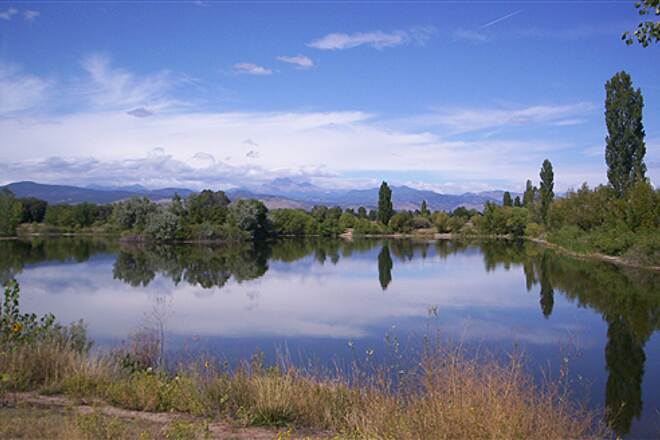 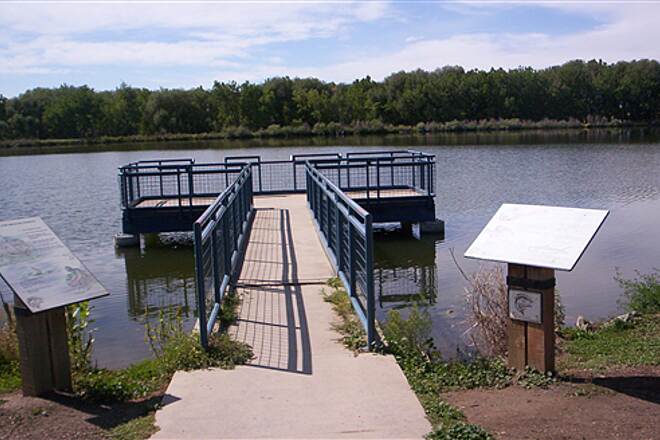 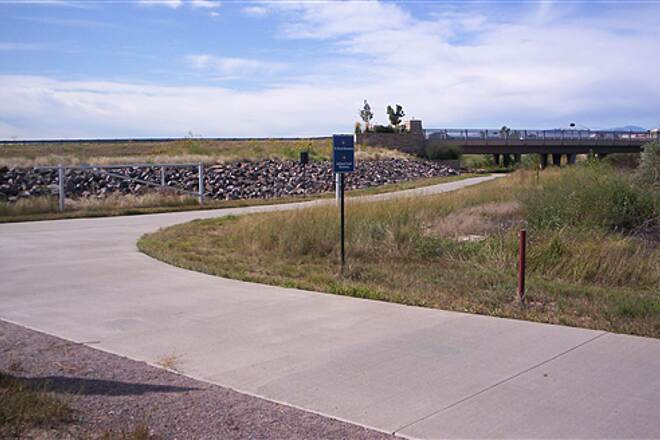 Detour: Beginning March 2021, trail users will be directed to use a 1.1 mile on street detour from from South Sunset Street on the western end to Price Road. The detour is in place as part of a flood mitigation project and  will remain until 2023. The route is clearly marked with signage to help users navigate around the work zone. For updates, please see the project website.

The St. Vrain Greenway begins in Golden Ponds Park and travels east along the creek for more than half its distance. At the park, watch for the bald eagles, wood ducks, great blue herons and Canada geese that call the area home. The trail skirts commercial and residential areas through the heart of Longmont, offering spectacular mountain scenery along the way and lake views by the Boulder County Fairgrounds and Izaak Walton Park.

Shortly after reaching Ken Pratt Boulevard (State Route 119), its character changes, opening up to rural countryside. It's near this intersection that you can hop on the Left Hand Greenway and ultimately the Longmont-to-Boulder Regional Trail, which connects two cities and a vast trail network.

The St. Vrain Greenway ends at Sandstone Ranch Park, which features a homestead built in the early 1880s by a Gold Rush pioneer. The 313-acre park offers a playground, picnic area, skatepark and ball fields.

Parking is available on the trail's western end at Golden Ponds Park, one block west of Hover Road and Third Avenue. On its eastern end, parking can be found at Sandstone Ranch Park and, mid-trail, at the Boulder County Fairgrounds and Izaak Walton Park.

Both the main trails in Longmont are flat, concrete and perfectly maintained. There is currently a bike detour to get between the trails but it is hard to see going NW.

This was a very pleasant ride. The surface is smooth, and new. The Greenway was destroyed in Sept. 2013 floods. Construction is continuing west of S. Pratt Pkwy. The traillink map needs updating as the new constructed path is not quite the same as before -- on the other side of the creek in places. Go and enjoy.

I do this trail on a longboard. I have an office in Longmont and I do this trail and all the others often and they're all super flat with the exception of one that is not on TrailLink. The East end of this trail is closed due to the flood starting at Sandstone Ranch up to County Line Rd. From County Line to the end of this trail at Golden Ponds or Airport Rd. it is easy pushing. I rarely go to Golden Ponds because it's to short of a skate so I go up to Airport and beyond. The skate is a really pretty skate that follows the St. Vrain, very easy to follow. The best time to skate this trail is with a good 10 mph wind. The return trip is slightly down hill and with a good tail wind you can carve this trail pretty good.

If you study the map you can turn this skate into a loop by connecting the St. Vrain with the Left Hand Greenway trail. 90% of this loop is on bike path with 10% navigating city streets. When I do the loop it is approximately 11-12 miles.

I was looking for a different place to run that wasn't too hilly, and thanks to TrailLink I found the St. Vrain Greenway trail. I had been on the Western part of it before but didn't realize it went so far East.

I'm a runner, and prefer dirt or gravel trails, and it turns out that even though this is a very smooth concrete trail, almost all of it has a narrow patch of fine gravel on one side or the other. At 7:30 AM on a Saturday it was mostly being used by walkers, runners and the occasional slow going bicycle.

I expected it to be very hot, but there turned out to be a lot of shade. There are exposed portions, but it was still a cool run along the river and through trees for a lot of the way. It was interesting even when it would occasionally pop out into a section of town but for the most part it seemed like a rural trail and was very quiet.

There was one spot where I lost the trail, going left instead of right at a fork in the trail. The sign said “Sundial 1 Mile” with an arrow to the left and “Sandstone Ranch 4.1 miles” to the right. I went left, and ended up off the trail looping through downtown Longmont. I’ll definitely go back and take the right fork to complete the trail.

I recommend this trail for runners of all types, walkers and bikes as long as you keep the speed down which everyone seemed to do while I was out on the trail.

Rolling trails and friendly folks. Set out from the Fairgrounds access and rode our recumbent trikes both directions. Golden Pond Park in particular is a really nice ride. Looking for a place to camp? We stayed at the Campground right on the Boulder County Fairgrounds proper. Clean, inexpensive, they take reservations, and it's only 2 blocks to the Greenway

Parked at Ken Pratt behind Burger King. Went south on Lefthand Creek Trail, east on St Vrain to end, turned around and went to west end at Airport Rd, and back to start - 21 miles round trip. Mostly flat. City, ponds, open space, parks. With a stop at Left Hand brewery, it makes a great day ride.