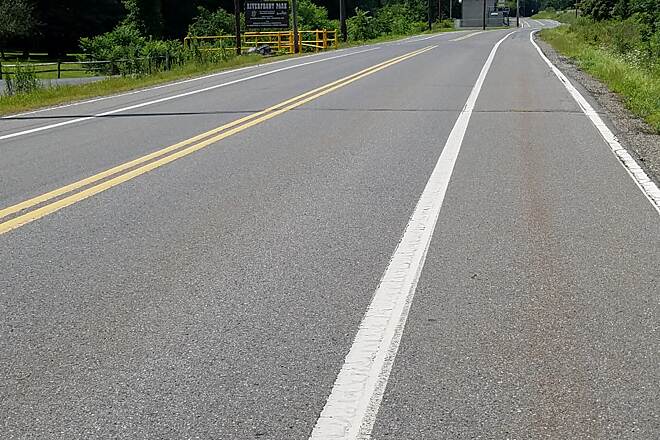 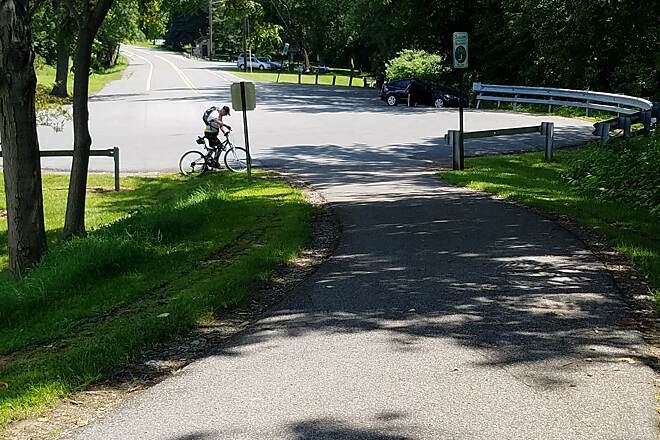 On its west end, the paved pathway begins in Williamsport at the Susquehanna River Walk, off the West Branch of the Susquehanna River. From there, the bikeway heads east through Loyalsock Township, where it is known locally as the Loyalsock Bikeway. At Riverfront Park, you'll want to stop and explore this former Native American village and recreational amenities.

The trail continues through Montoursville, where it is known as the Montoursville Bikeway. Although it loosely parallels the Susquehanna Beltway (I-180), the trail is buffered by trees. A portion of this route is also named the Reighard Trail after William C. Reighard, a long-serving Loyalsock Township Supervisor, and you'll see a sign about the trail's namesake. As you approach trail's end, you'll pass Indian Park along Loyalsock Creek, where you'll find restrooms, picnic spots, and hiking trails.

Parking is available on the north end of the trail in Montoursville's Indian Park (104 Park Rd.).

We rode this as an extension of the Susquehanna Riverwalk. It was paved and had a park with a restroom but no water fountain. For part of the ride, you are in a bike lane on the road but the road appears to be a dead end, so not much traffic. Once you get to Montoursville and the bridge, there is crossroads with no clear signage as to where the bike path should be. We took a right and biked to a boat launch behind the airport which was nice. I think we were supposed to cross the main road at the intersection where the bike path continued a little further - something for next time!