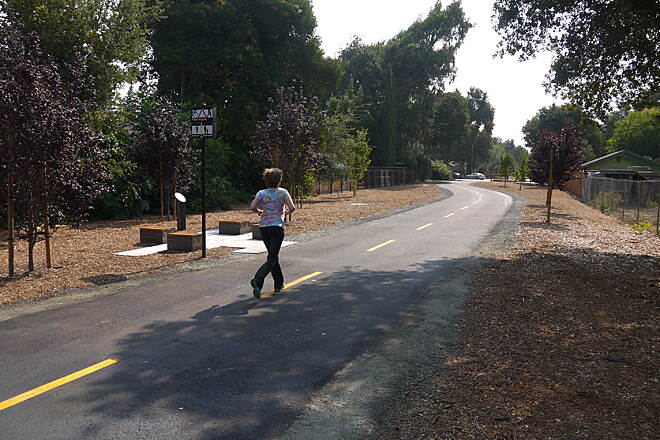 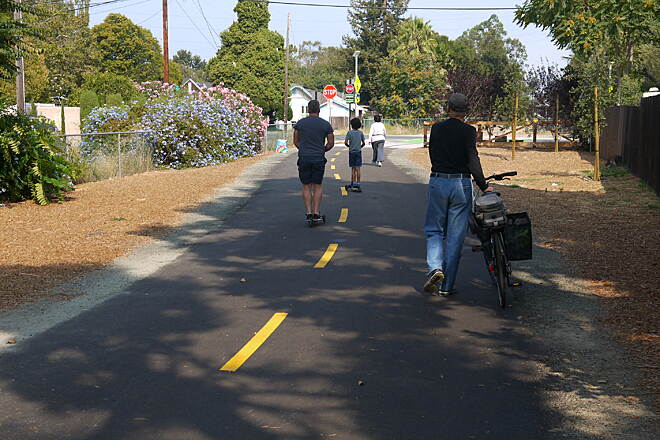 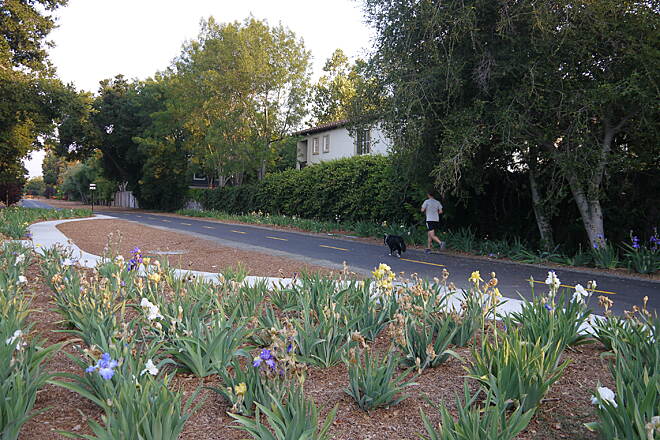 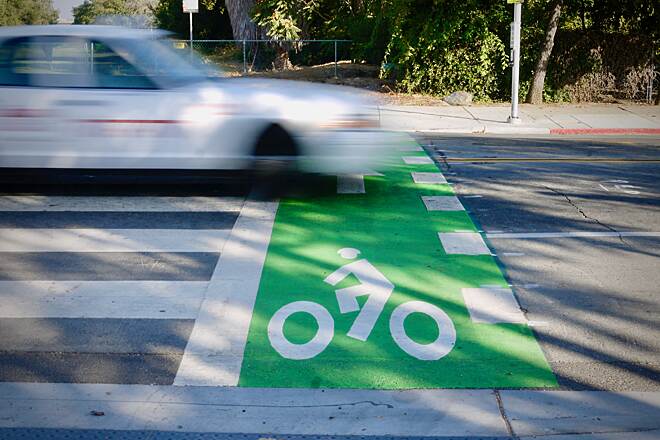 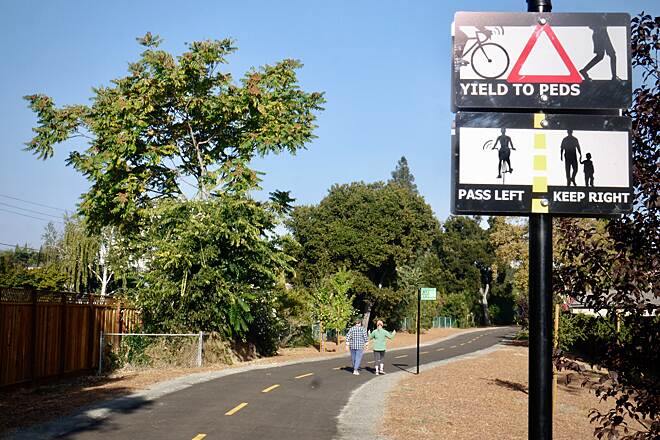 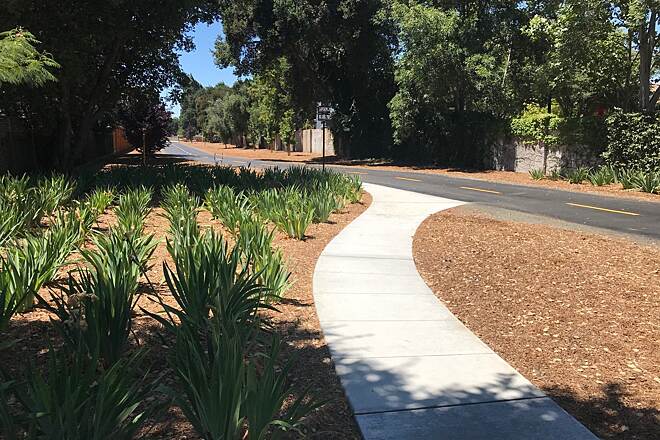 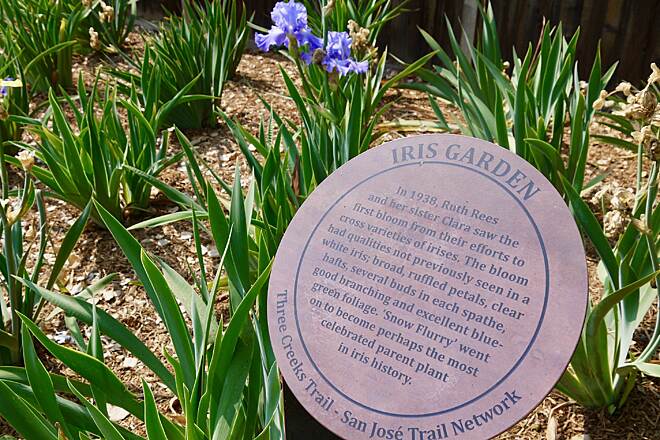 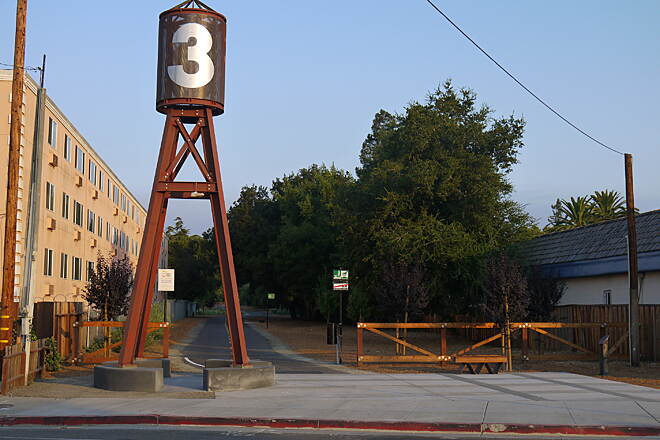 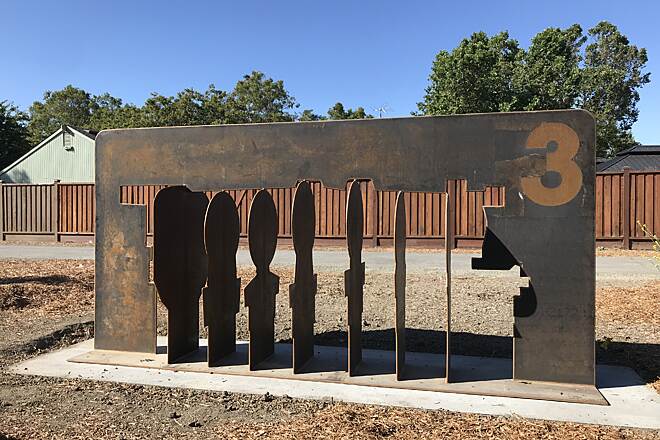 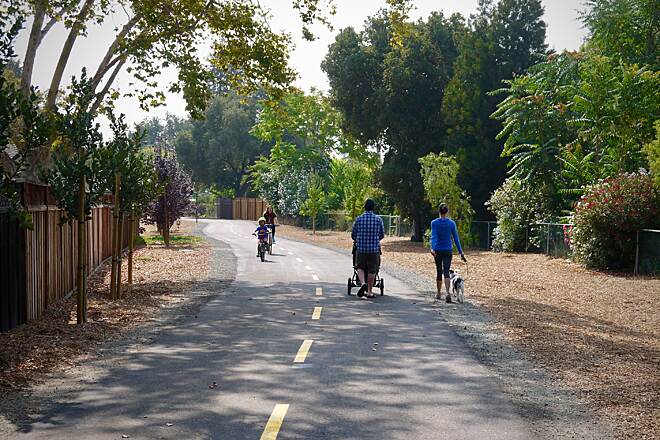 The Three Creeks Trail will one day span 3 miles through San Jose's Willow Glen neighborhood. In 2018, the western leg of the trail opened, stretching nearly a mile from Coe Avenue to just south of Minnesota Avenue following a former Union Pacific Railroad corridor.

The experience of the rail-trail is one of a pleasantly landscaped linear park through a residential area. Travelers will find many visual delights along the way, such as the trailside iris garden between Broadway Avenue and Willow Street, a tall water tower inspired by similar structures once found in San Jose, and a sculpture that artistically represents the locomotives that once traveled the corridor. Visitors will also find frequent references to the number 3, which reinforces the Three Creeks Trail’s name. The three waterways that the pathway will reach are Los Gatos Creek, the Guadalupe River, and Coyote Creek.

When complete, the paved pathway will serve as an important connector between the Los Gatos Creek Trail on its northern end and a proposed extension of the Guadalupe River Trail on its southern end. When the eastern half of the Three Creeks Trail is constructed, it will also connect to the Highway 87 Bikeway and a future extension of the Coyote Creek Trail.

On-street parking is available along Coe Avenue at the northern end of the trail.