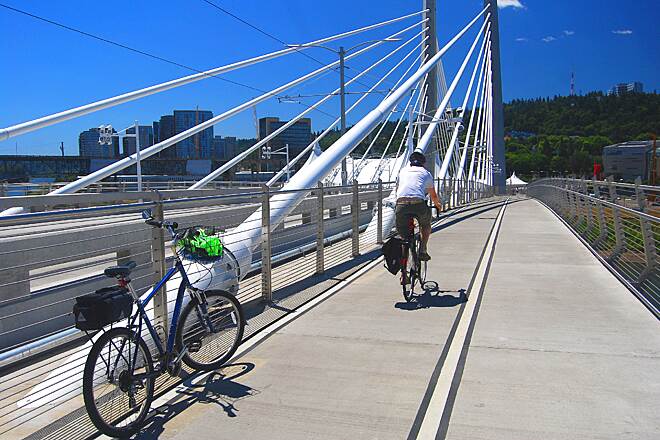 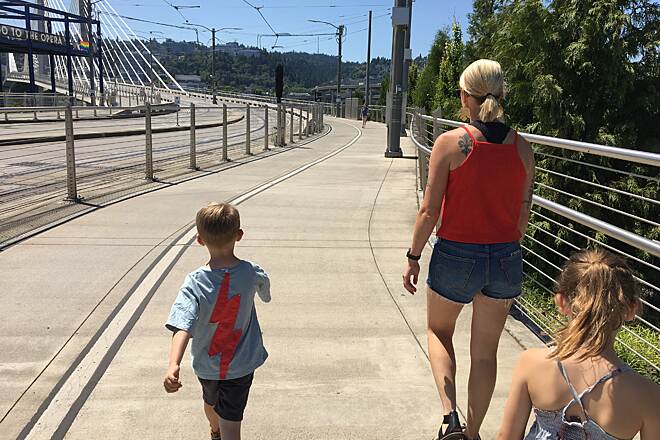 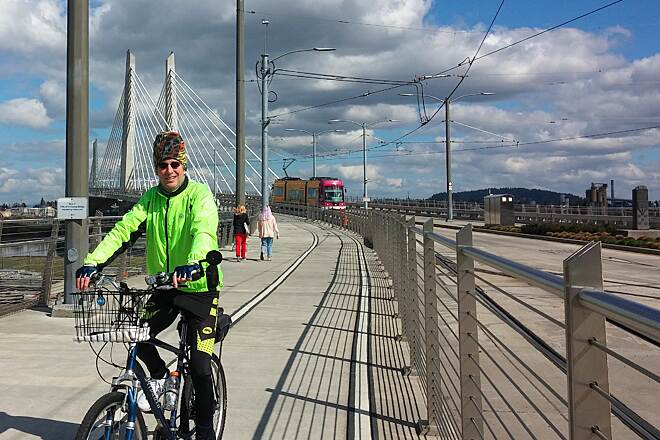 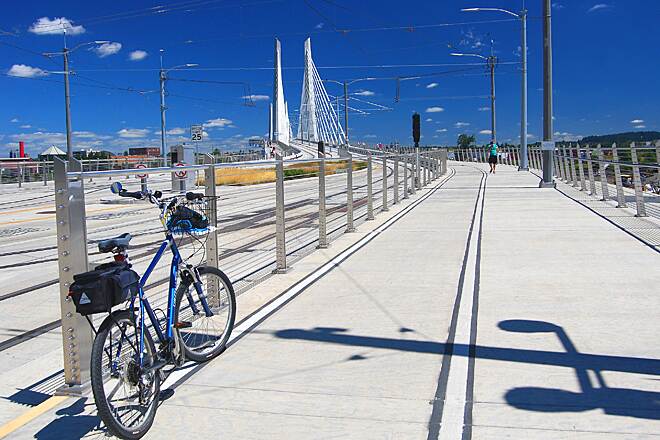 Tilikum Crossing, also known as the Bridge of the People, spans 1,720 feet across the Willamette River in Portland, Oregon. The bridge was designed primarily for the MAX Orange Line light rail, but also serves pedestrians and bicyclists in a separate paralleling lane, as well as TriMet buses and the Portland Streetcar. When it opened in 2015, it became the longest bridge in the country to be used for both public transportation and pedestrians, but not private motorized vehicles.

Originally known as the Portland-Milwaukie Light Rail Bridge or as Caruthers Crossing, the project was renamed “Tilikum” after the word for people in the native Chinook language. Its distinctive look comes from 180-foot-tall stay-cable towers, as well as a system of LED lights that can colorfully illuminate the bridge at night.

On the east bank, it's possible to get on the Vera Katz Eastbank Esplanade to continue nearly 2 miles along the river. A few blocks south of the esplanade, you can also pick up the Springwater Corridor to head south and east; that trail is in the Rail-Trail Hall of Fame.

The Waterfront Bike Path, not far from the western end of the bridge, mirrors the esplanade’s path along the other bank of the Willamette River.

A MAX light rail station is located at the Oregon Museum of Science and Industry (OMSI) on the east bank of the Willamette River. Another station, South Waterfront, is located on the west bank.

Best way to cross the willamette on a bike - protected and wide. Drops down right at OMSI...