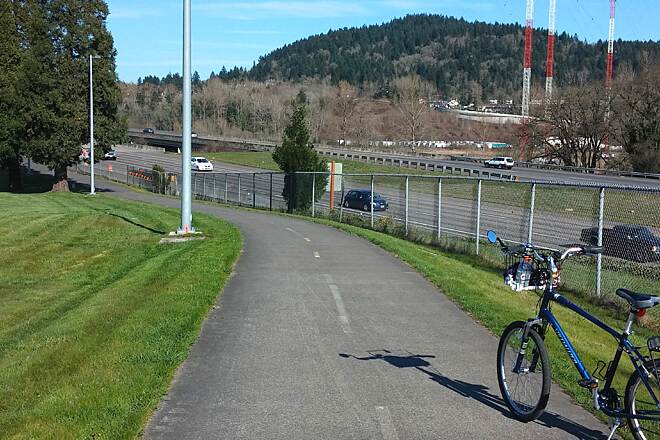 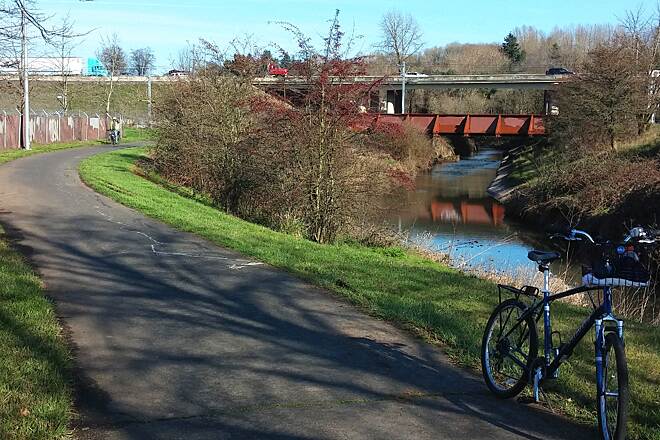 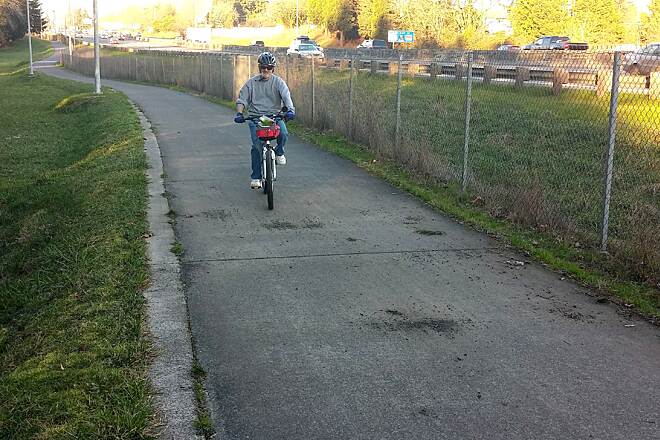 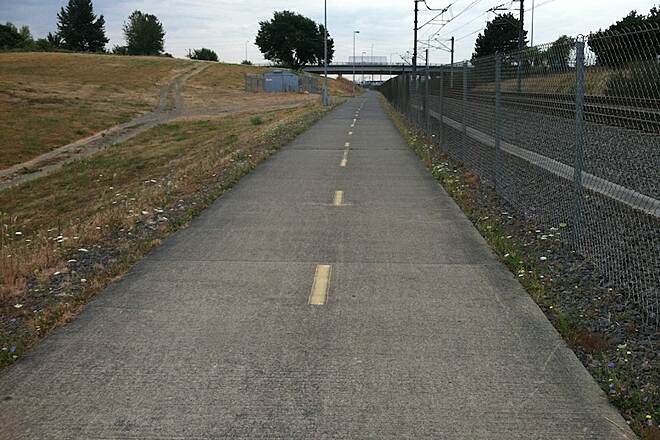 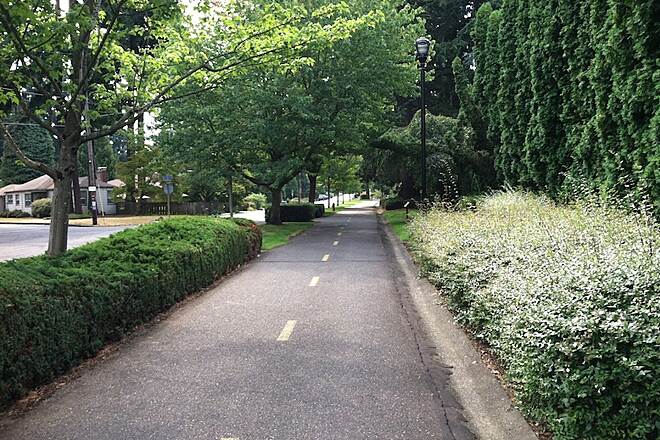 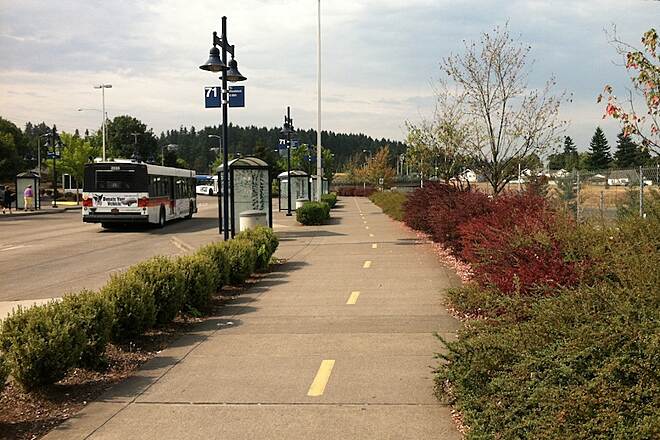 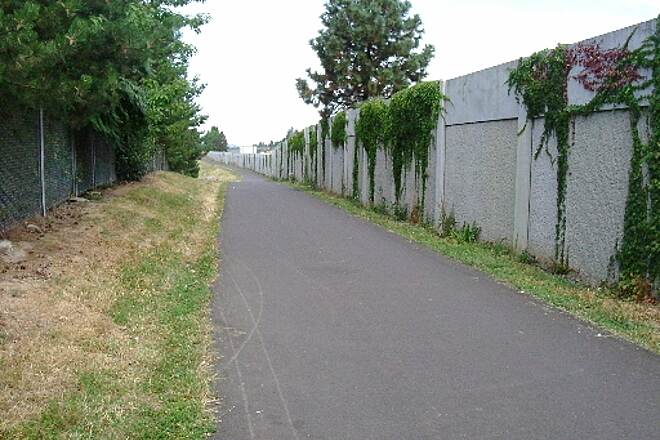 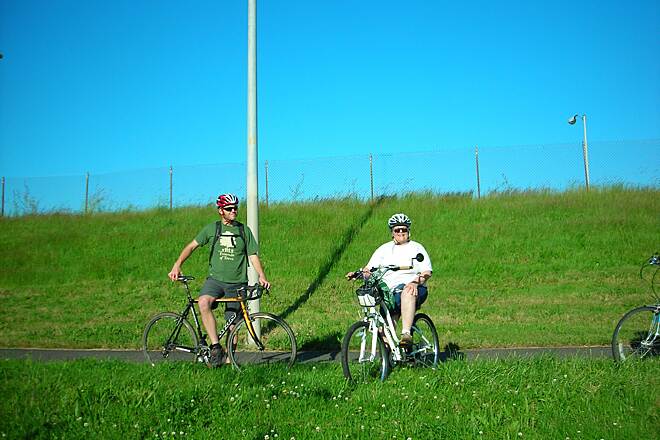 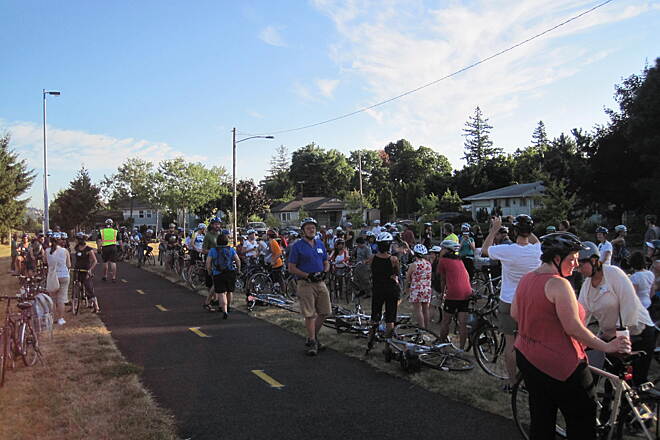 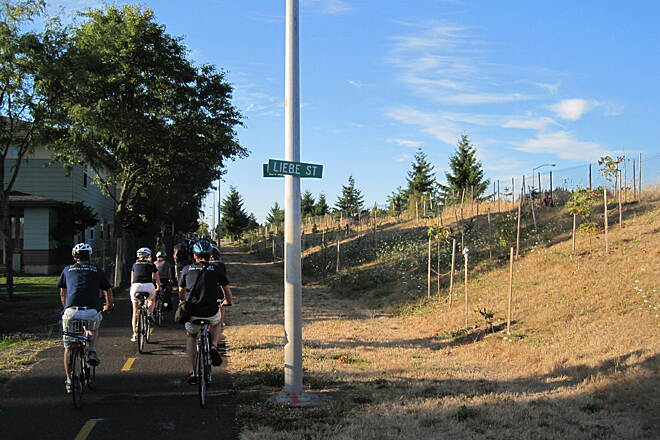 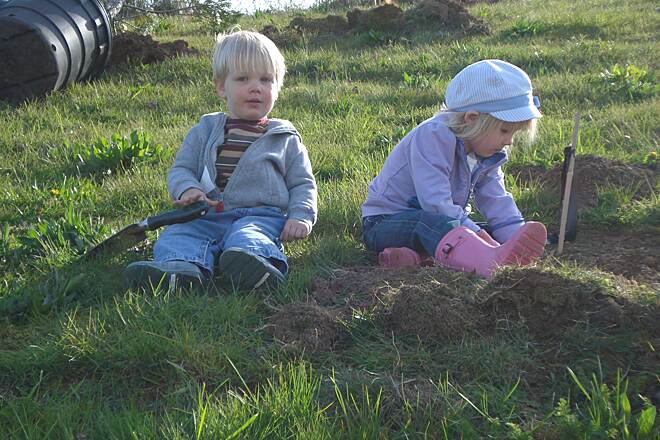 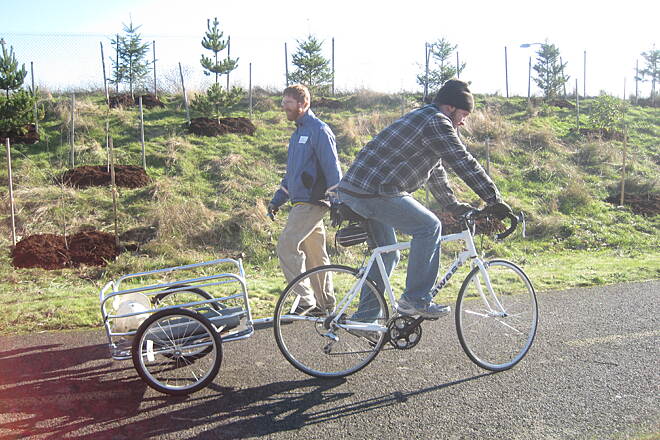 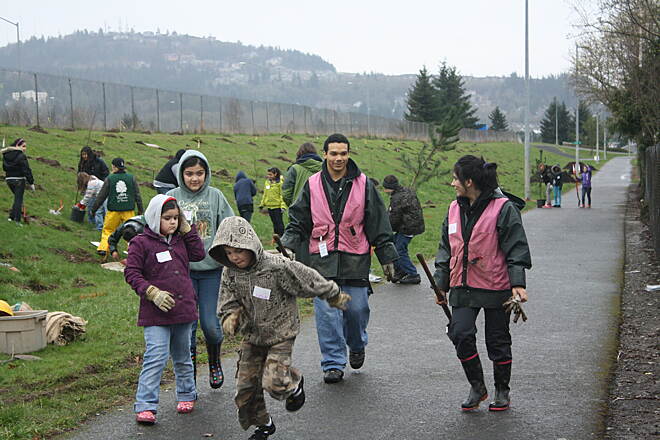 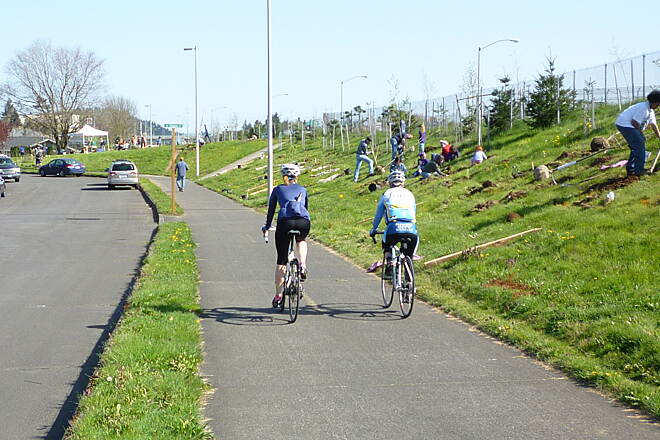 The I-205 Multi-Use Path spans 18.5 miles through five cities and 15 neighborhoods along Interstate 205 and the TriMet MAX Green Line light rail service. In addition, it joins with the 21.5-mile Springwater Corridor, making it an important commuting connection in the greater Portland area.

Extending from the northern edge of the Columbia River in Vancouver, Washington, to Gladstone, Oregon, the trail and its amenities—including public art, topiary, wayfinding signage, and, in 2011, 5,000 new trees and shrubs—attract thousands of cyclists and pedestrians each day. The state of Oregon first constructed the trail in the 1980s to improve biking and walking connections between neighborhoods, as well as between commercial and public destinations. The Oregon Department of Transportation reopened the entire route in 2011 after closing sections of it to implement a number of enhancements to make it more commuter friendly, such as the installation of new overhead lighting.

Bike routes and bike lanes connect several trail gaps. At I-205 and State Route 224/Milwaukee Expressway (also SE 82nd Drive), the trail transitions to bike lanes on SE 82nd Drive. You can regain the main trail at SR 212/224. The path ends at the Gladstone interchange, which is just north of Oregon City and High Rocks State Park. The route continues on road to Oregon City via Agnes and Main Streets. Be aware that the tunnel does not have bike lanes.

The trail starts from the north at 23rd Street in Vancouver and runs south to cross the I-205 Bridge. It passes over Government Island, which—reachable only by boat—is known for its great blue heron colony and its state recreation area's primitive camping and beaches. The interior of the island is off-limits to the public.

You'll return by turning left at Carver Road and, after 0.8 mile, crossing over the freeway to the path. Less than 2 miles farther south, the trail stops at SE 82nd Drive and the I-205 Gladstone interchange.

Two more short, disconnected sections of trail are located south of the Clackamas River on the outskirts of Oregon City.

The Columbia Springs education center is another starting point. To reach the center, pass 23rd Street, and take the next left onto SE Evergreen Highway. Go 0.8 mile, and Columbia Springs will be on your left.

In Portland, access the trail at various transit locations and commuter lots, including the commuter lot along NE Sandy Boulevard at 96th Avenue near I-205 (Exit 23) in Sumner, as well as the Gateway Transit Center at NE 99th Avenue and NE Pacific Street (Exit 21 from I-205) behind Clackamas Town Center. Go to TriMet's website for details and interactive maps of the MAX Green Line.

I rode it last summer and it was an awful experience. Lots of trash and homeless and it smelled like feces in some parts.

I rode it last summer and it was an awful experience. Lots of trash.

Lots of garbage and campsites. Some sections are blocked with tents.
Neighborhood greenways are better.

great trail, but I keep getting lost southbound at hwy. 224. Some signs would be good. Even painted on the sidewalk. Anything! The trail just ends and -- bang-- you're face to face with highways going every which way.

Gladstone seems to be particularly unfriendly to bikes. Don't they understand that bike traffic brings money-spending traffic without congesting roads?

I skated about 3.5 miles of this trail from Marine Drive south and really enjoyed it. Although there were seams in the trail, it was still very smooth. The scenery is varied, including a couple transit centers, through a neighborhood, and along some tracks. There are a few grades.