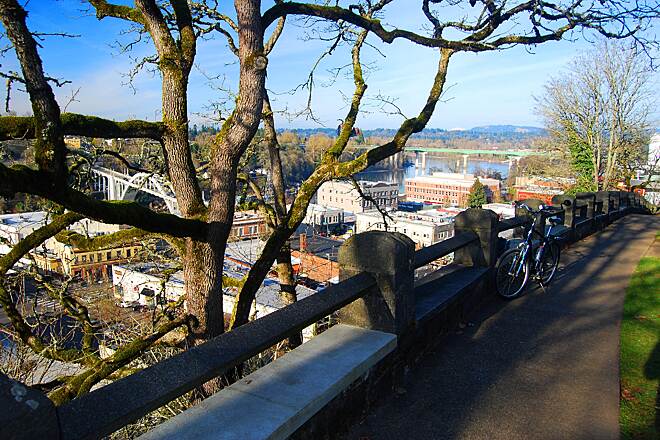 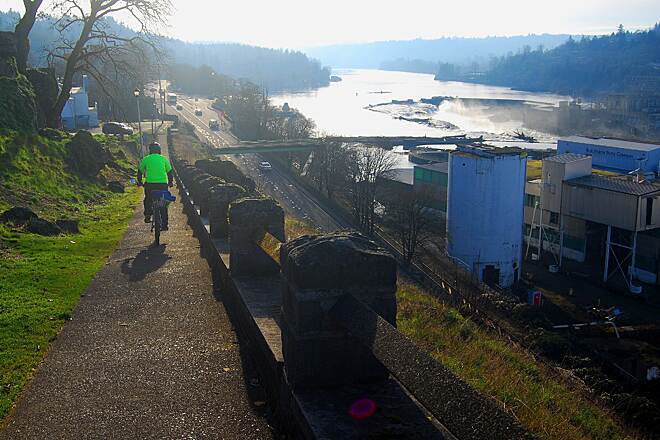 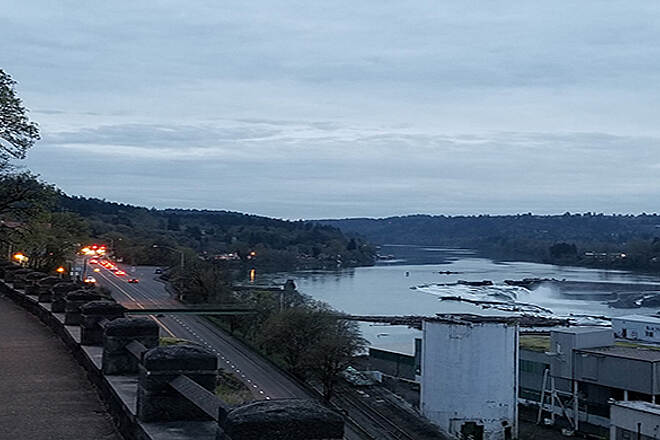 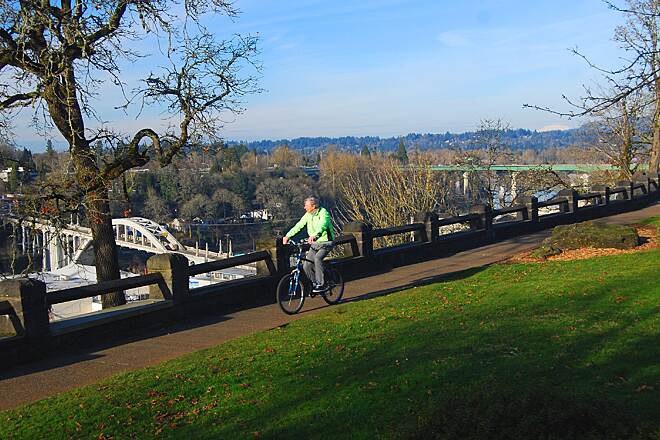 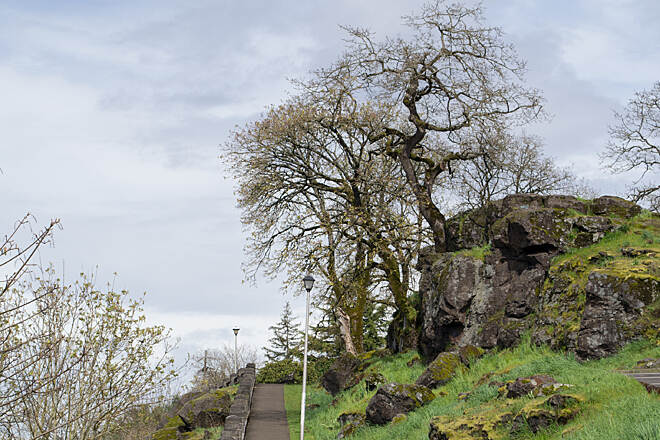 The McLoughlin Promenade offers a unique trail experience overlooking the Willamette River in Oregon City. Stretching about a half mile along the river bluff, the paved pathway offers beautiful views of the river, downtown, and Willamette Falls. Although biking is not prohibited, the trail is very narrow, so it's best suited to walking.

The trail was constructed in the 1930s as a Works Progress Administration project and passes by several historical homes, including the McLoughlin House. Now a museum, the building once belonged to a pioneer and prominent businessman named John McLoughlin who moved there in 1846 and played a key role in the early history of the state. On the north end of the trail, travelers will also find the historical 130-foot-tall Oregon City Municipal Elevator.

Another interesting attraction can be found near the southern end of the trail. Cross McLoughlin Boulevard at the S. Second Street intersection and travel a short distance along Second Street, making a left turn at Tumwater Drive to reach the Museum of the Oregon Territory (211 Tumwater Dr.), which examines the culture and history of the region from the early Native American tribes to the modern day.

On the southern end of the trail, a small parking lot is available off McLoughlin Boulevard, just past the Tumwater Drive intersection, for an overlook of the Willamette River.