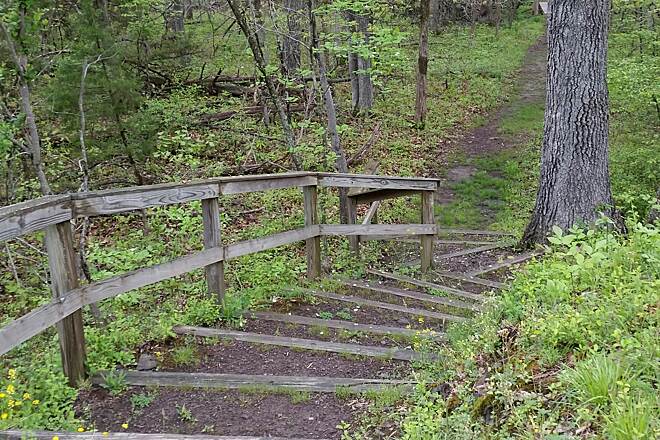 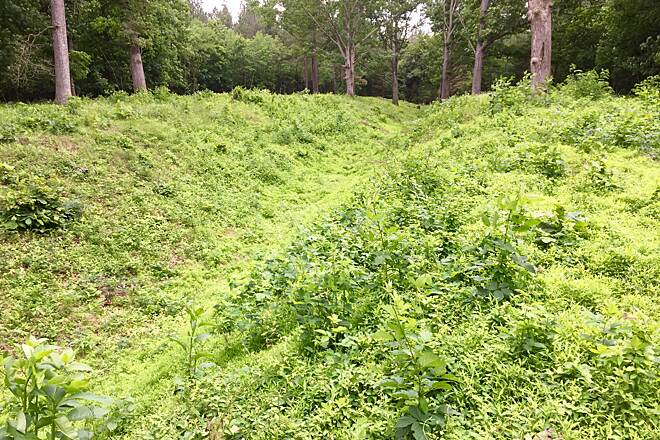 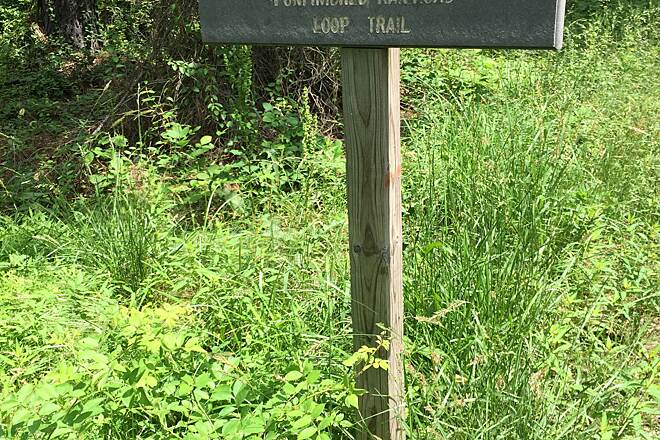 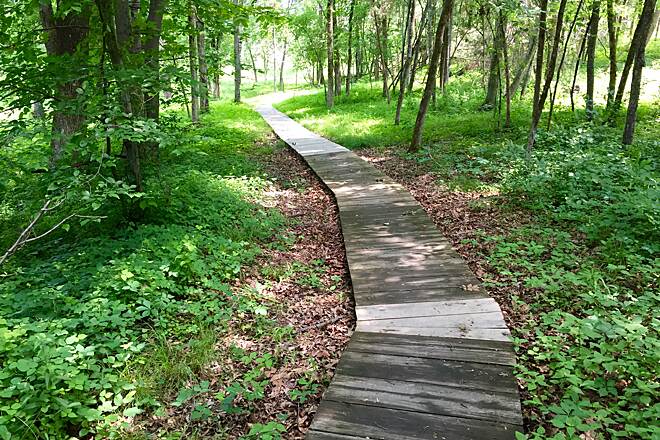 The Unfinished Railroad Loop Trail is a short hiking trail within Manassas National Battlefield Park. The rail-trail runs on a corridor planned in the mid-19th century as a complement to the Manassas Gap Railroad’s main line, which linked Manassas with Mount Jackson, Virginia. The 35-mile extension, intended to connect Gainesville with Alexandria, never received track due to the outbreak of the Civil War and the railroad's financial difficulties, although its entire length was cleared and graded.

The incomplete corridor played a crucial role in the Second Battle of Bull Run (Second Manassas), when Confederate forces under General "Stonewall" Jackson used the railroad's deep cuts as a defensive position. Throughout the war, the corridor served as a vital transportation route for both the Union and Confederacy.

In the present day, a portion of the unfinished corridor is now open to hikers. Interpretive markers along the way denote the thrilling history of the rail line and battlefield, while abundant ferns and wildflowers are sure to please nature lovers.

Although the trail ultimately loops back to the trailhead on Featherbed Lane, hikers can continue north on the corridor via the Sudley Connector Trail to reach Sudley Church. Alternatively, continue southwest on the corridor to follow the Second Manassas Trail, a 6.2-mile trek uniting the historic sites of the Second Battle of Bull Run.

Parking for the Unfinished Railroad Loop Trail is available at a trailhead on Featherbed Lane. From Washington D.C., travel on Interstate 66 west. Take Exit 47B towards Manassas Battlefield National Park, and continue north on Sudley Road (State Route 234). At Lee Highway (US 29), turn left. Take the first right onto Featherbed Lane. The trailhead with ample parking is located on the right, directly across from General Trimbles Lane.

This is an easy trail for kids. They learn a little history and have fun. One of my kids danced on most of it. The loop is a good feature.

It’s kind of 2-3 mile if you want to go beyond. In the time of Covid it’s nice gateway to go with kids. You can take bile as well. Not all the way but good mountain bike

A nice after dinner walk...

This is a very well maintained trail, suitable for an evening stroll or short morning walk. Its not much of a "hike", but enjoyable anyways. My first time out I stirred up a couple of turkeys, a wayward raccoon, and a box turtle on the path. There are some places where water collects and is rather muddy, so wear your waterproof hiking boots. Very quiet and serene!