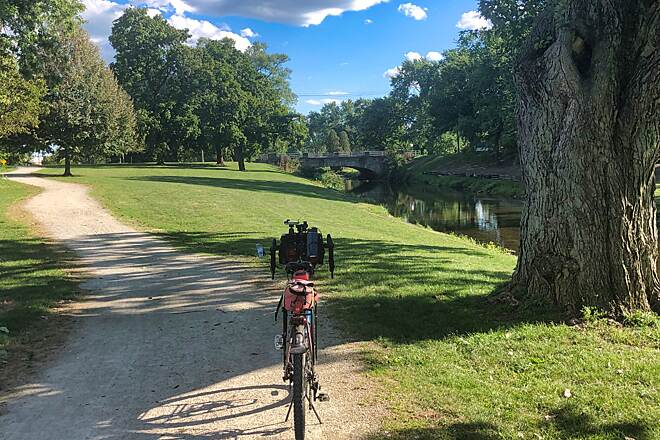 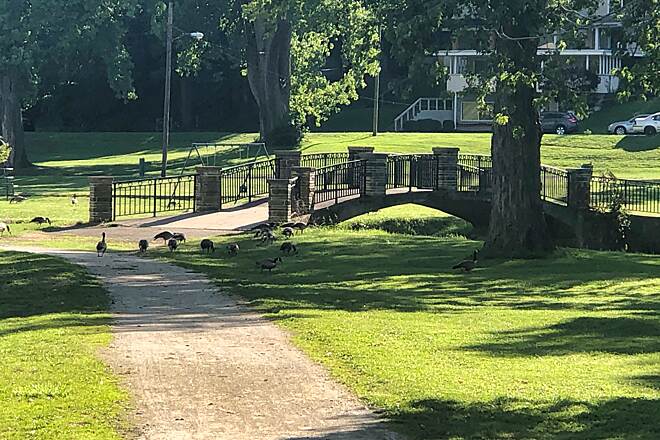 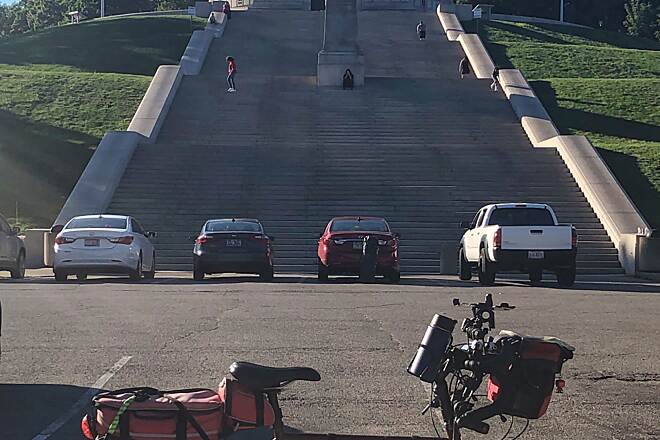 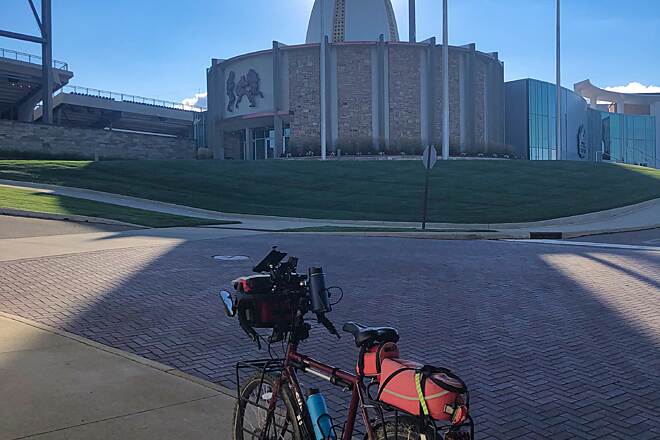 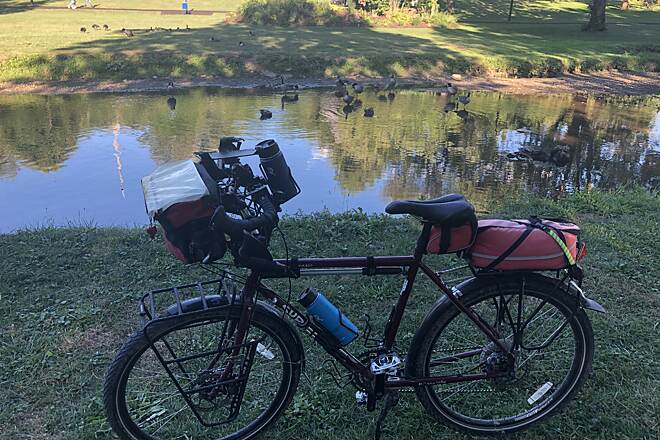 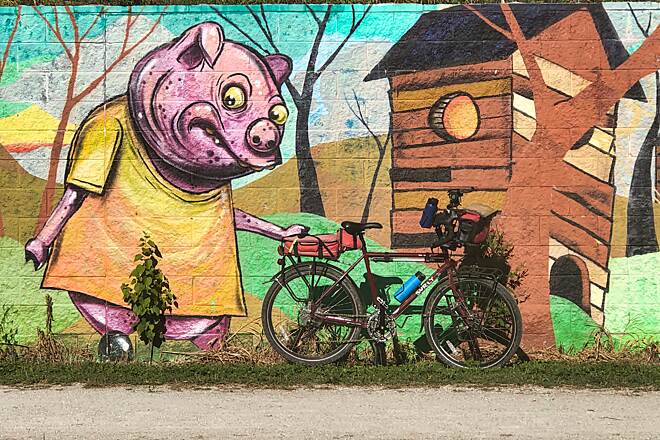 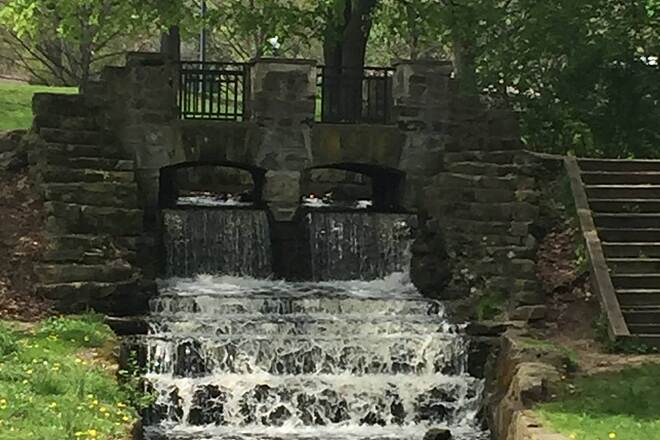 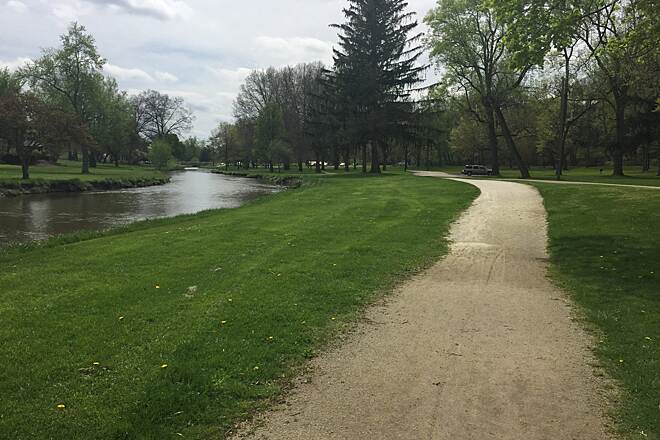 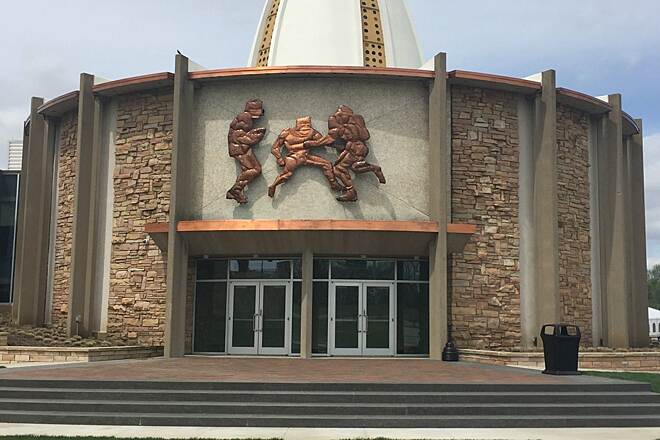 Two of Canton's most famous attraction lie either on or close to, the West Branch Trail. The city boasts its very own presidential museum and library, and is also the home of the National Football Hall of Fame.

The trail gets its name from the West Branch of the Nimishillen Creek, which is its nearly constant companion north on its 4.5 mile journey through Canton's parks. The trail begins on 9th Street in West Park, and heads north into City Field Park where it starts to parallel the creek. It then ducks under SR 172 / Lincoln Highway before entering Water Works Park. Following that, the trail reaches the McKinley Memorial Park, whose complex includes the 25th president's gravesite as well as the library and the science and history museum opened in his name. The museum tells the story of President McKinley, from his birth, to his career as a lawyer and politician, and his assassination in 1901. It also hosts permanent and temporary science exhibitions designed to delight and educate children.

The trail continues up through McKinley Park, sandwiched between a railroad and the creek. Crossing 12th Street brings users into Stadium Park, where the trail crosses to the west bank of the creek. On the other side of I-77 from the park lies the Hall of Fame museum as well as the Tom Benson Hall of Fame Stadium. However, there trail itself doesn't connect to the park - to do so would require on-street riding (be careful, as usual).

The West Branch Trail continues its journey north in the riparian corridor, with the creek and Interstate on one side, and an active railroad on the other. Turn right onto 38th Street and left on Guilford Avenue to reach the trail again. The final stretch of trail winds up into Covered Bridge Park.

Parking for the trail can be found in the parks along it:

I last rode the West Branch Trail back in April of 2017 before it was recognized and listed here at TrailLink. This rail trail travels from Canton, Ohio's Covered Bridge Park past the Pro Football Hall of Fame and the William McKinley Presidential Memorial until it ends by the softball/baseball fields in West Park at 9th Street SW. The two constants that exist as you travel this trail are the waters of the West Branch of Nimishillen Creek and the traffic noise of Interstate 77 which parallel this route.

Despite running along an Interstate Highway through a large city, the majority of this trail route runs through a series of parks which provide shade, low traffic, and wild life, particularly water fowl. Major points of interest are the Pro Football Hall of Fame & Museum and the William McKinley Presidential Library, Museum, and Gravesite. I enjoyed riding through Stadium, McKinley Memorial and Water Works Parks in particular. The trail surface for the most part is crushed limestone which is well packed. If you travel from the south the trail's stone surface changes to a concrete sidewalk at the intersection of Stadium Park Drive NW, Harrison Ave NW (which leads uphill to the Pro Football Hall of Fame) and Washington Blvd. NW. If you ride/walk north on this widened side walk you will pick up the northern portion of the trail when you cross Fulton Dr. NW. I point this out as there is no signage at this point indicating the sidewalk is actually part of the trail. Those that have traveled from Covered Bridge Park south will better understand that this is the connection to get back to their starting point.

The West Branch Trail is a pleasant trail that is worth checking out. I would like to see the leaders of both Canton and Stark County consider expanding the reach of the West Branch Trail so that it would connect to both the Pioneer Trail around the campus of Malone University, and the Hoover Park Connector Trail without subjecting riders to on-road connections. At that point Canton could say that it was truly creating a bicycle network worthy of their citizen's attention.