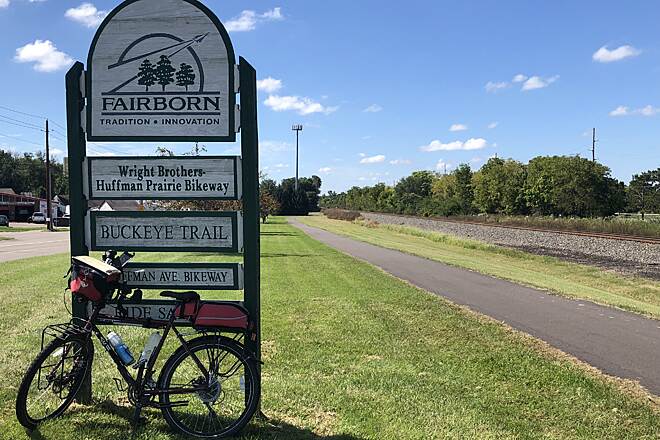 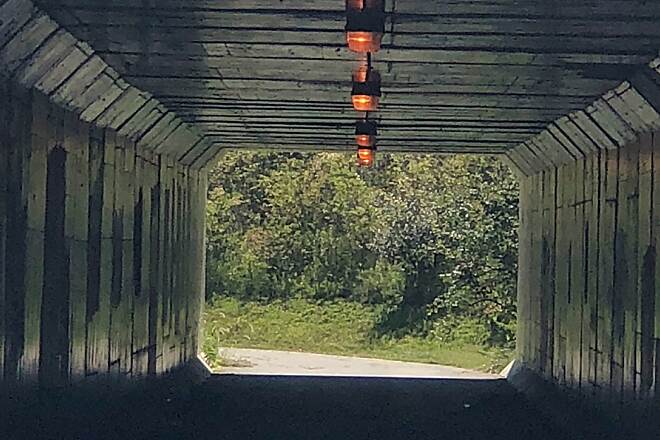 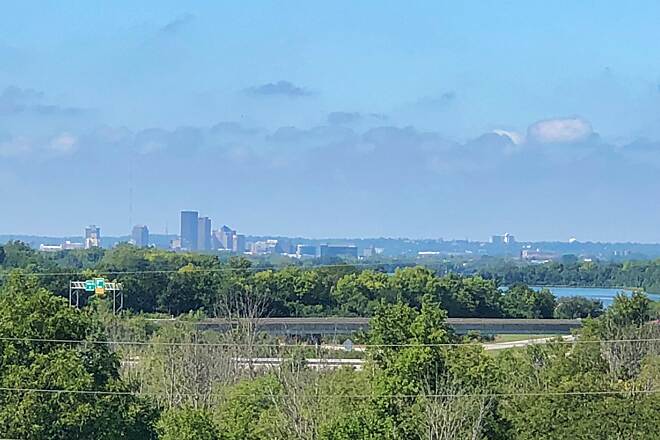 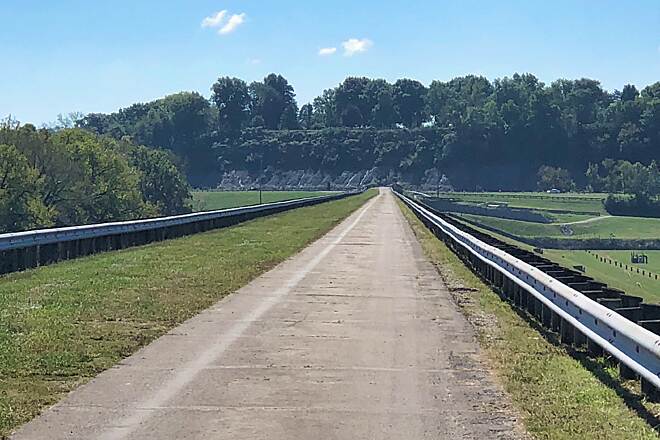 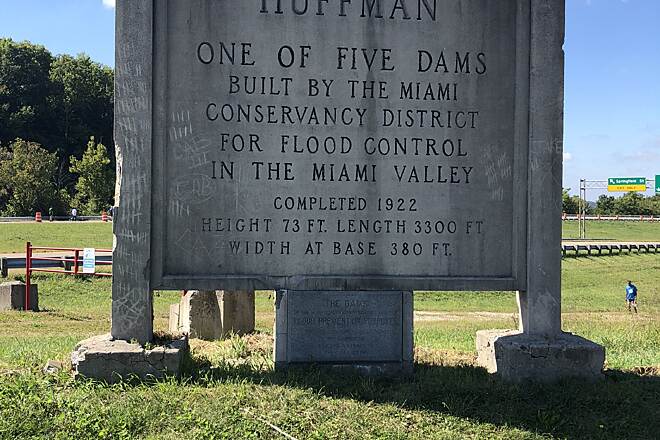 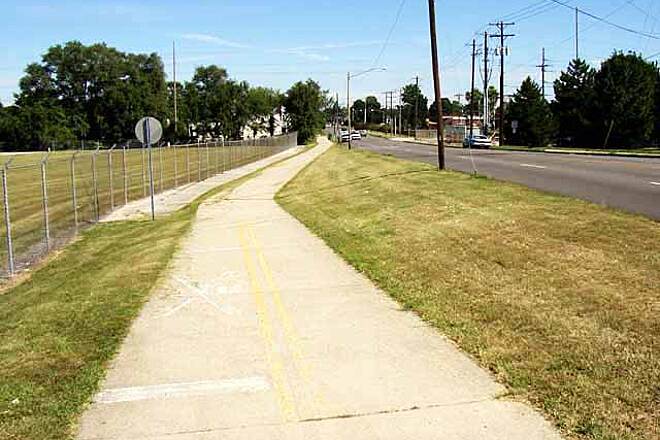 The Wright Brothers Huffman Prairie Bikeway runs from South Street in downtown Fairborn, along the north side of Kauffman Avenue adjacent to an active rail line, to National Road. At that point, the trail crosses Kauffman to the south side and follows the fence line of Wright-Patterson Air Force Base to the Wright Brothers Memorial. There the trail connects to the Mad River Trail, which extends into downtown Dayton.

Both trails are part of the 330-mile Miami Valley trail system, one of the nation's largest networks of paved, off-street trails.

Parking is available at:

Varied terrain but no steep hills.

I love this trail. The road going up the hill to the airforce museum is my version of the Philadelphia steps that Rocky ran up. Restrooms and water inside the museum. Check hours.
Restrooms also roughly 1/3 of a mile beyond the tunnel as you ride toward the wildflower field.

A Trail With Local Historical Significance

This trail basically follows the perimeter of Wright-Patterson Air Force Base from the Huffman Reservoir Dam on the Mad River to the city of Fairborn, Ohio.

The trail itself is pretty well maintained. You can pedal across the top of the old dam out to Route 4 and the entrance to Huffman MetroPark which sits on land that was once covered by the waters of the Huffman Reservoir. From the dam's spillway you climb up Wright Brothers Hill past the Huffman Prairie Flying Field where Orville and Wilbur conducted early test flights of their plane designs. The bikeway pretty much parallels both State Route 444 and Kauffman Road into the city of Fairborn. The bikeway does cross over one active rail line at South Central Avenue so be aware that trains do actually run on that line. TrailLink shows the trail ending at East Dayton Drive but to get to that point you'd have to ride the sidewalks to get there. I say it ends at Ohio Street and South Central Avenue where the Fairborn YMCA is located as well as an entrance into Fairborn's small Central Park. For air plane buffs you don't see much of the Air Force Base's operations. You will see the base medical center, administrative offices, the commissary and plenty of the perimeter fence, but I didn't see any active military planes flying in or out. If you are looking for a longer ride combine this bikeway with the Mad River Trail which will take you into downtown Dayton.

Great short trail with opportunity to stop in the museum and remind ourselves about the birth of flight. Bring plenty of water - most areas are not shaded!

short trail nice, Be carefull at the 2 stoplights -Dayton-Yellow Springs Rd and near National - people don't ackowledge the right of way when you have the WALK sign.

Ride can be extended by going down the hill after going under SR444 (not across the dam). There is a walk thru gate to the Wright brothers flying field. There is a nice loop and other attractions.