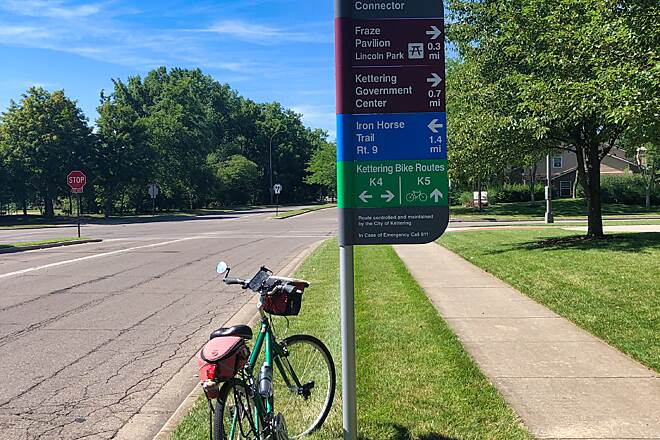 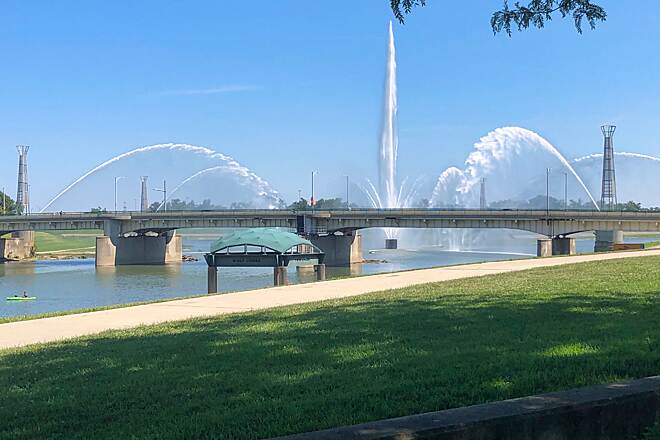 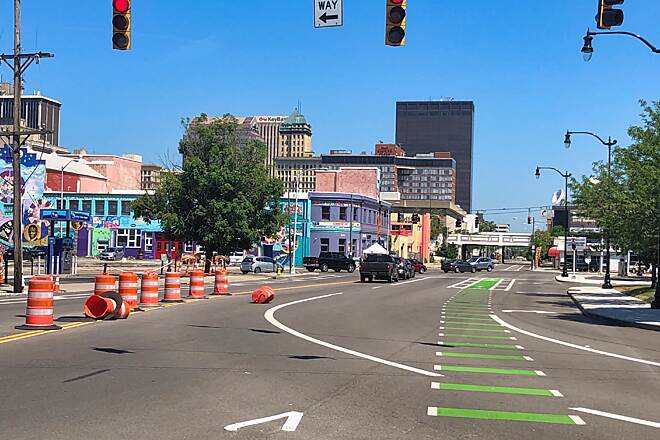 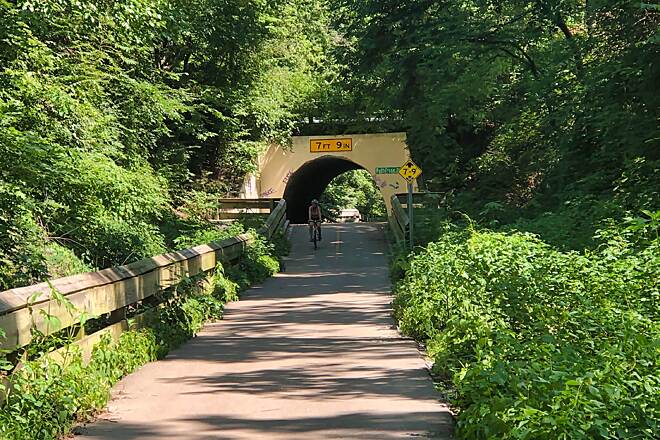 The Dayton Kettering Connector combines a historic rail-trail and bike lanes, and shared road riding for 7 miles between the two municipalities. The off-road portion is 1.9 miles long and sits in the corridor of the Historic Rail Line that once served the NCR factories in Dayton. The rail-trail takes a wooded route through the residential areas of south Dayton, traveling north to the University of Dayton. Beyond this segment, either heading further north into downtown Dayton, or south to Kettering, riders must ride on-road. Signs mark the route of the connector to guide travelers. See related links for details on the on-road portion.

Park at one of the lots belonging to the businesses along the trail - just be sure to follow any regulations. Patterson Park is a member's own park and not open to other members of the public.

As far as the Dayton-Kettering Connector goes it is a pretty easy trail to ride. Trail may be an exaggeration, it is more like a route. Most of the this trail is an on-road route using sharrows or bike lanes with a 2 mile rail trail in the middle. The rail trail portion heads south from the University of Dayton's RecPlex and ends at Wiltshire Blvd. in Kettering. The route continues further south on residential streets and connects with other bike routes but most specifically with the Iron Horse Trail.

The Miami Valley Trails organization says that the Dayton-Kettering Connector (DKC) is an ideal commuting route for individuals working in downtown Dayton while the rail trail portion provides a gentle climb into the south suburbs, not found on any of the roadways heading the same way. I found the 1.9 mile rail trail section is a climb but not a strain. There was one additional sustained climb up Ackerman Blvd. beside climbing the rail trail when heading south. The trail is well signed with frequent bike route signs with direction arrows at turns and every other sign seemed to have the bike route number at the top of them. In this case the Dayton-Kettering Connector is Bike Route 19.

When I reached the Iron Horse Trail in Kettering I turned around and rode the back the same way I came but continued through the University of Dayton campus and followed the bike lanes on Brown and Jefferson Streets to RiverScape Metropark along the Miami River in downtown Dayton. It seems that the Dayton public has a more enlightened attitude about sharing the road with cyclists. I felt safe in the bike lanes, although I was not riding in them during rush hour. Getting back to the UD campus from RiverScape MetroPark is a bit tricky because there is no southbound bike lane on the roads you just traveled on to reach RiverScape. I suggest returning to the UD campus by traveling on the Great Miami River Recreational Trail until it rises from the river at W. Stewart Street. From there you can take a bike lane that runs parallel to Stewart Street back to Brown Street and then into campus where you need to go.