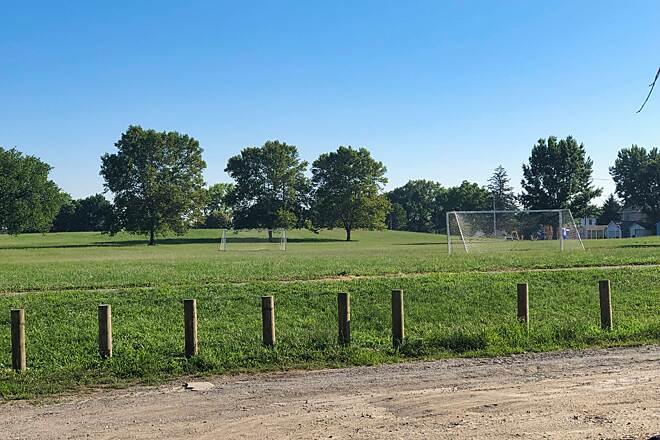 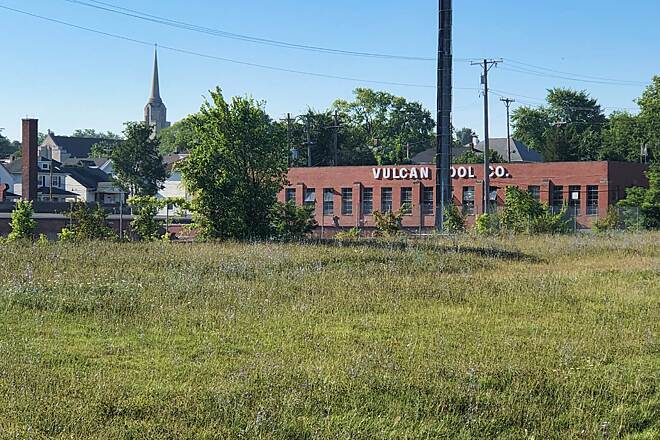 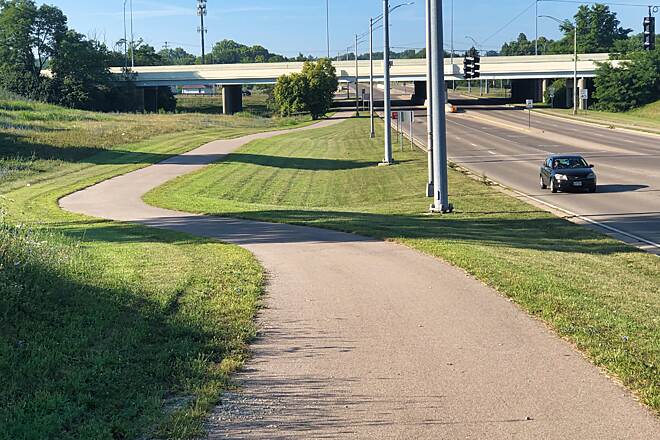 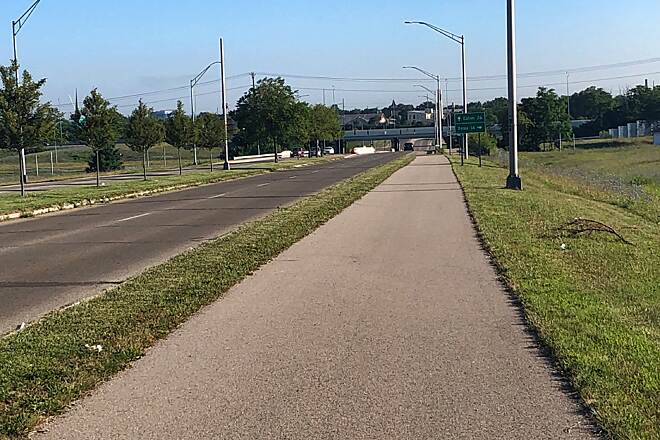 The Steve Whalen Boulevard Bikeway is a short neighborhood trail in East Dayton. The trail parallels the boulevard of the same name, starting at its intersection with Hamilton Avenue, and then heading south and connecting to Highland Park.

The only reason I sought out this trail was because it was listed as one of Ohio’s trails listed on TrailLink.com and it is my goal to ride every Ohio trail listed there. This trail at this point can only be considered a commuter or local recreational trail. It is only 0.7 miles long and parallels Steve Whalen Boulevard between Wyoming Street and Hamilton Avenue. I started at Highland Park off of Wyoming Street. There is parking there but it doesn’t much look like a parking lot, so be warned. The asphalt trail surface was in good shape as this trail can't be very old. However, like many urban trails there were several areas where their was broken class on the trail which could have punctured my tires.

I don’t know if this is phase one of a much larger planned pathway or route (similar to others in the Dayton area), but at this point this is such a short trail I say leave it to the local residents.