Looking for the best trails around Lander?

Explore the best rated trails in Lander, WY. Whether you're looking for an easy walking trail or a bike trail like the Wyoming Heritage Trail and N/A. With more than 1 trails covering 22 miles you’re bound to find a perfect trail for you. Click on any trail below to find trail descriptions, trail maps, photos, and reviews. 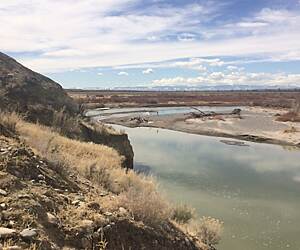