Looking for the best trails around West Helena?

Explore the best rated trails in West Helena, AR. Whether you're looking for an easy walking trail or a bike trail like the Marvell Bike Trail and Shelby Trails. With more than 5 trails covering 22 miles you’re bound to find a perfect trail for you. Click on any trail below to find trail descriptions, trail maps, photos, and reviews. 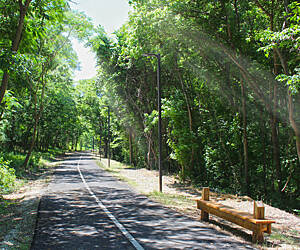 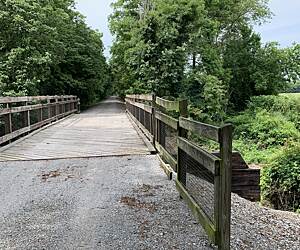 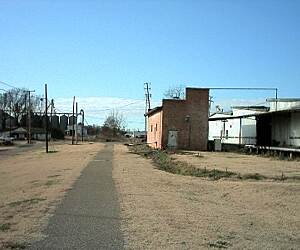 What an awesome experience on the Delta Heritage Trail !! This was our first "Rails to Trails" experience ever. The state park folks were oh so helpful and informative!! Riding the trail, the same as the 'Delta Eagle" did as a passenger train in years gone by and looking down at the trail and seeing bits of the old railroad timbers was great ! We had a late start and just managed a little over 12 miles ' but we'll be back !! Loved it and looking forward to exploring more Rails to Trails !!

me and my husband walked this trail about 2 weeks ago and i can honestly say you will take a walk down history lane iv recently over the last couple years have really gottin into learning the history of our past im memorized with it and i love it and to walk down that what once was the union railroad where a battle fought and later burned is just speachless...
its beautifull duriing the fall trees turning, leaves fallin, sun shineing wind whistlein, ............... just peacefull
tamra culp

It's a shame more people do not use this trail. It is very well maintained and very shaded for most of the trip. My brother and I live 3 hours away and do this trail at least 3 times a year. For a Sunday family outing there is a picnic area with grills at the state park at mile mark 2, and then 4 generations from babies in strollers to great-great grandparents can walk or bike parts of the trail. Two negatives though. crushed stone and except at mile marker 2, there are no restrooms, no food, no water along the trail, only benches for breaks; hence the 4 rating.

My wife and I bike this trail occasionally and love it. Great trailhead with a very nice visitors center on hwy 49. It starts off with a few miles of tree shaded trail that turns into wide open farm field viewing. It’s a small gravel trail that is very flat. Bring plenty of water! We highly recommend it. When it is completed, it will be one of the most beautiful trails in the country as it will go through the “last frontier” white river refuge. Can’t wait!
John and Kelly

Well Maintained Trail With A lot Of Promise

We did an out and back on this trail south from the state park to about mile 15, where it emerges from the trees and continues through farm fields along a road.

The trail is well-maintained and there is some interesting historical info. along the way. The trail is tucked into a tree lined strip between fields, so there is really nothing like the hardwood forest that the literature suggests, although the ride is pleasant enough.

Watch out for dogs that were loose from a nearby house between mile markers 8 and 9.

It seems the remaining 64 miles, if ever completed, may be the best part of the trail, since some of it would pass through a national wildlife refuge.

The people at the state park were very friendly, even offering to come rescue us if we had a flat!

We drove three hours to ride this trail and explore Helena and it was worth every minute of travel! At the Welcome Center, we were greeted by the friendly, informative (glad I was listening) staff and clean restrooms; thanks, and what a pleasant start and you may primitive tent camp on the grounds by the center! Our plan was to head south towards the end of the line at Elaine and return to yoyo the Lexa section. This half of the trail is beautifully shaded, peaceful, quiet and a joy to ride. We rode past the shaded trailhead at the Lick Creek bridge, dog-legged across Hwy. 85, rode over a 5’ coiled blue racer and right passed the Lake View TH where we were going to lunch at Old Town Lake (a definite stop). The delta was beautiful at his time of year with the cotton covering the landscape in a white blanket. It was at this time that we were reminded of the trail’s name; long flats, stronger winds, no shade and deeper, less-traveled gravel but finally, we arrived at Elaine. FYI, the trail restrooms were locked and the towns “store” may only be open during harvest season. Unfortunately, on our return journey my spouse developed severe leg cramps. So………we had to call the center for assistance and within 15 minutes our hero, Ranger Rick, picked us up at Lake View. We overnighted at Helena’s B&B and had an unexpectedly great supper at the casino across the river.

Great ride on a hot day

I rode this trail on Sept 13 and was extremely pleased in the trail surface and the amount of shade. Because it was predicted to get above 90 for the day, I started a little after 8 am after driving from Village Creek State Park. There was not a lot of diversity, but still nice. Excellent mile markers and again, the trail surface was in excellent shape. My wife and I enjoyed reading the history of the area around the lake at the Kiosh at Lakeview.

Mixed feelings about this trail

My wife and I rode this trail on October 20th, 2010. The trail itself is very well built and maintained. It is as smoothe as a crushed limestone trail can be, and not a speck of litter was seen along the entire stretch. The adjacent visitor center is new and spotlessly clean. The staff were very friendly. So, what is not to like about the Delta Heritage Trail? As in real estate, location is paramount. This trail starts in a cotton field, ends (abruptly) in a cotton field, and about the only thing to see along the way is cotton fields. Whatever wildlife there is to be seen is what you would normally expect to see along a rural highway. Although benches have been installed at about 1/2 mile intervals along the trail, no bathrooms or water fountains are available except at the visitor center. Since this is a "heritage" trail, it would be nice if some signs along the way interpreted the heritage of the area. Near the southern end of the trail, a trailhead is located in the community of Lakeview. There is no information at this trailhead, however, to direct visitors to whatever ammenities Lakeview might have to offer. The right-of-way for this trail was obtained in 1993, and the plan is to eventually extend the trail to 73 miles. However, since 1993, only 14 miles have been completed. One of the park rangers told me that they thought they had the money to build another 10 miles of the trail next year, but that money was cut from the budget. It just doesn't appear to me that local support for this trail is sufficient to ensure completion. On the day we rode the trail, only two other visitors were seen. This trail is located in an economically depressed area of the state, and is about 2 hours drive from Memphis or Little Rock. In my humble opinion, it's just not worth the drive to visit such a short trail with so few ammenities and even fewer changes in scenery. Until the local people do more to support the trail, I have serious doubts it will ever be completed or even extended beyond the current length. A much better option, for now anyway, is to visit nearby Village Creek State Park. It is a beautiful park; well maintained as all of Arkansas' state parks are. Within this park are 25 miles of trails, of which bicycles are allowed on most of them. As for the Delta Heritage Trail, only time will tell if it will ever reach its full potential.

A Great Addition to the Mississippi River Trail

Scenery and wildlife are the main attractions. There are pull outs with permanent benches about every ½ mile. The trail is tree lined on both sides with a full canopy for much of the ride. You bike through some of the remaining bottomland hardwood forest that once covered the Delta region of eastern Arkansas. You see a beautiful wetlands environment while you are elevated on a clean, dry roadbed.

The roadbed is compacted crushed rock which provides a smooth ride. While smooth and very flat, this surface does provide a light resistance so that you are never off the pedal. Larger tires are helpful. All at-grade crossings are blocked by a double gate that required me to stop, negotiate the crossing and start again. The gates are located at every road crossing and driveway which breaks the ride about every mile or so.

Services are scant. The trail is never far from Hwy. 85 and you are almost always in sight of farmhouses if you should need help. You should ride "self contained", being sure you have enough food and water for the entire out and back ride. Picnic tables and a porta-potty are located at the trailhead. Rustic campsites are planned for this site. The staff are friendly and helpful, but the visitor center was more of an office/construction/storage facility than a comfort and information center when I was there.

I recommend a side trip to the Louisiana Purchase Historical Monument located 23 miles east of the trailhead, just off Hwy. 49. The monument marks the spot where the original survey of the Louisana Territory began and represents an important event in American history. Also, if you plan your visit in October, you can attend the Arkansas Blues and Heritage Festival, the nations largest blues festival that is free and open to the public.

This is a nice rail-trail that is only a mile away from my home.

Get Your 2018 RTC TrailNation Jersey!

Donate and Get a FREE 2019 RTC Guidebook!