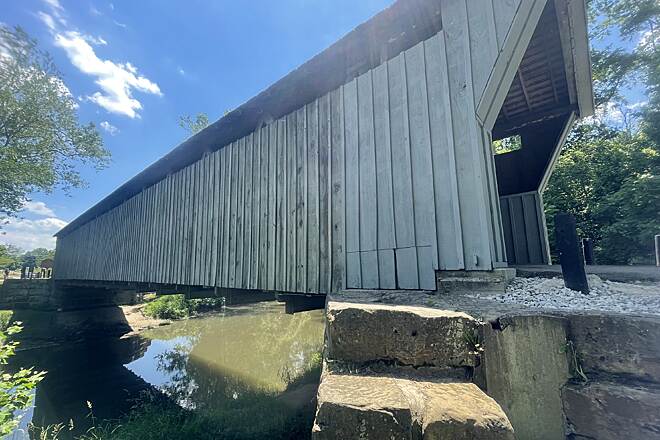 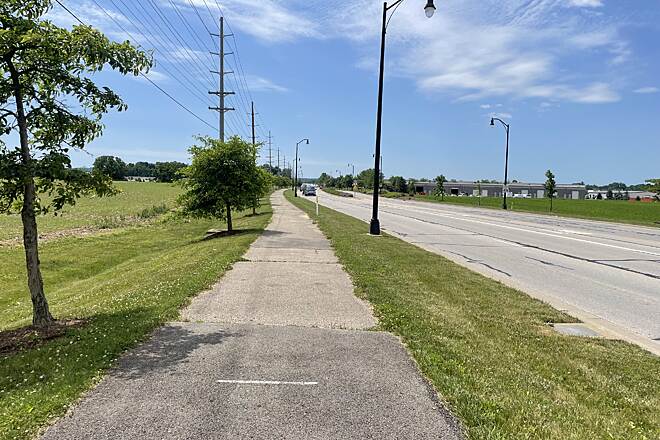 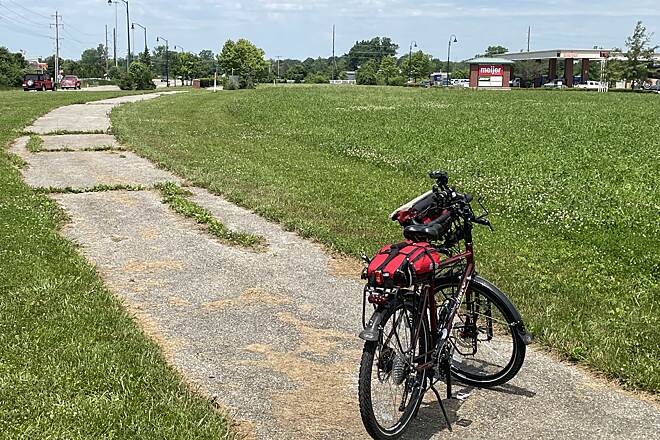 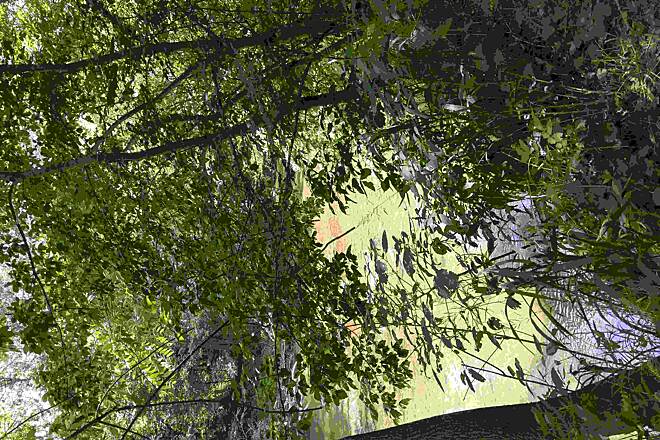 A portion of the route along Groveport Road runs on a former rail corridor, connecting the municipal pool complex with the bustling commercial district along Gender Road. Another highlight of the system is Bergstresser/Dietz Covered Bridge, which crosses Little Walnut Creek near Washington Street. The landmark is the only remaining covered bridge in Franklin County.

Parking for the Canal Winchester Trail System can be found in Westchester Park on Dietz Drive and Hanners Park at 458 Groveport Road.

A Useful City Trail System That Could Use Some Updating

On a recent trip to central Ohio, I took a trip to the city of Canal Winchester to give their city's trail system a ride. Like the trail network in Westerville, Ohio this trail system is designed as recreation and an alternative transportation (primarily cycling) option connecting residents with businesses, parks and city amenities.

I first started out riding almost 2 miles on an out-and-back trip on the northeast section of the trail system. This segment is not connected to the other parts of the city’s trail network. I wondered about the purpose of this trail section as the only connection to any residential neighborhood I saw was to an apartment complex. Otherwise there was a lot of open land around this part of the trail. The northeast section runs along Diley Road, passing an industrial park, the Diley Ridge Medical Center -- Canal Winchester's local hospital, and connects/ends at the local Meijer grocery store. Maybe that’s the purpose here — a way for workers to get more healthy lunches at break time. It looks as though the pathway was put in by the developer who built the industrial park and hasn’t been touched since.

The main part of the trail system in Canal Winchester is more connected and is in the main part of the city. And connects neighborhoods to the central business district, Winchester Industrial Park, the municipal pool, the local public high school. There were plenty of bikes at the pool, so many kids are utilizing the trail system to get to the pool. It appears that the trail system has good utility in connecting residents with many of the city's main points of interest but it would be more useful if it also connected to Walnut Creek Park in southern Canal Winchester and the Franklin County Metro Parks' Walnut Woods west of the city.

As far as the trail conditions go, the trail system is really just a widened sidewalk but with an asphalt surface rather than one made of concrete. The path is seven feet wide. It’s surface is in good to fair condition but it could use resurfacing in a few spots and seal coating at the very least. Traffic is very busy along Gender Road where the bike path is sort of a two-way extra lane in the commercial/retail district. This extra lane is not separated from the road. The Canal Winchester Trail System appears to be a useful trail to local residents, but in my opinion it could use a makeover.

I went to this trail a couple of weeks ago for a short, quick bicycle ride because I didn’t have much time that day. I even rode past the Brew Dog bu which t bye paths before was not completed. Basically I did a loop, twice. Good for a short ride in the city. I think the loop was a little over 5 miles.

Invest in Signs that Denote the Trail

All of the trails I have walked thus far has signs posted. This trail had none. My friend, my dog and I walked along a busy road that had dotted yellow lines that ended at a corner of shopping center in front of a pharmacy. We returned to Hanner Park to our car but not before we walked just up and down the street facing the park trying to find out where the trail is.

You can follow a link of this trail now past the golf course to the covered bridge in Canal. The link is parallel to Thrush Rd., just east of Gender Rd.