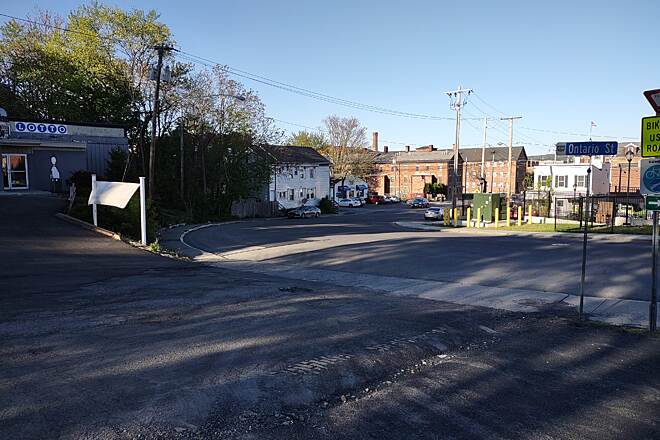 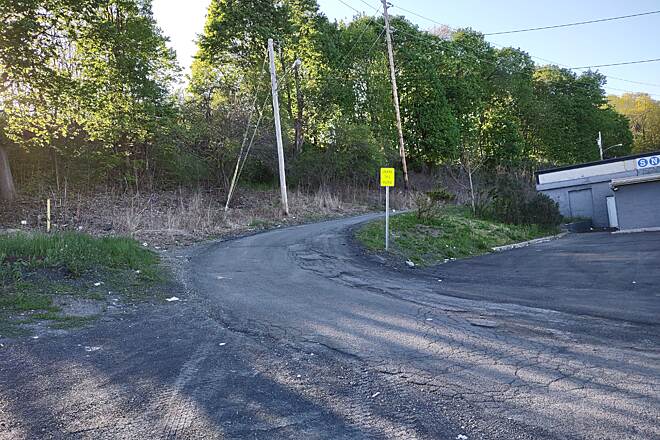 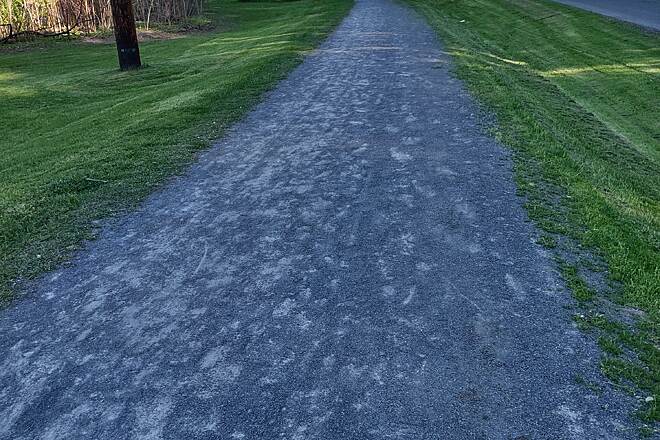 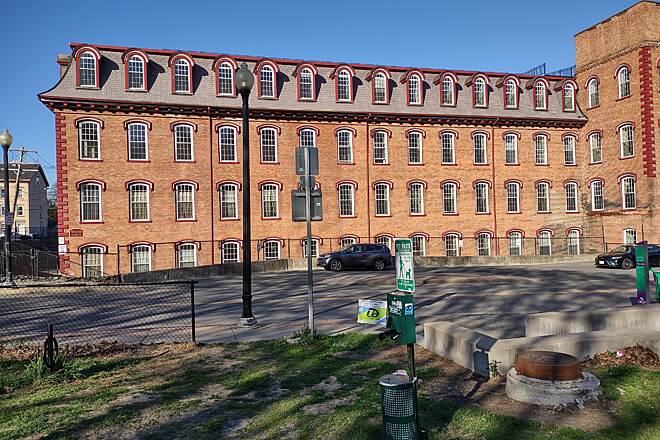 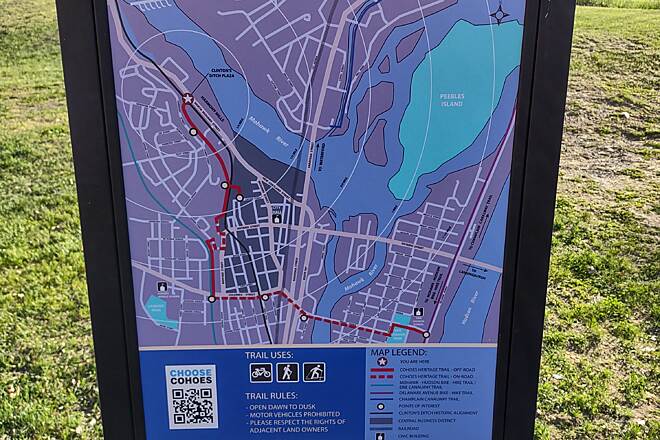 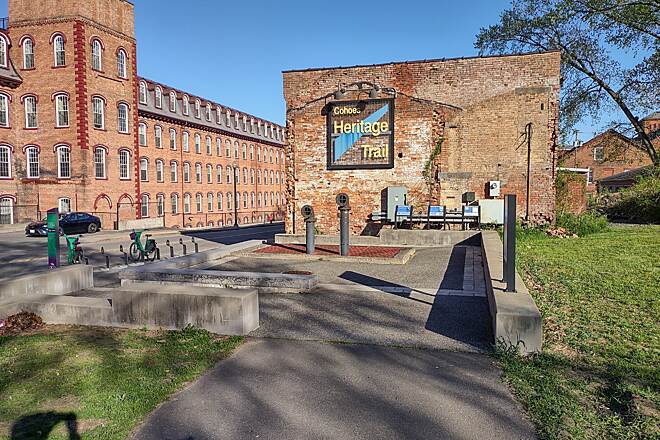 The Cohoes Heritage Trail is less than a mile long but serves as a significant local connector: it provides a way for people to travel between the riverfront to the Mohawk Hudson Bikeway. The northern endpoint is Clinton's Ditch, which lies at the south end of Craner Park, and is a plaza where visitors can view a remnant of the original Erie Canal route. Clinton's Ditch was a mocking nickname for the canal, which was strongly advocated for by then New York Governor Dewill Clinton. A wider canal replaced that one in the 1840's, and the original canal went on to be used to help generate power for the textile mills. The red-brick mill buildings are still standing on Mohawk Street, across from Clinton's Ditch and have been converted to high-end apartments.

Another highlight of the area is Cohoes Falls, over 180 feet high. Overcoming the falls was a big challenge for the Erie Canal builders, and it took a system of 19 locks to surmount them.  Continue along North Mohawk Street for about 600 feet, past the fields of Craner Park, until you come to School Street. Turn right onto School Street and follow it to the end to a park overlooking the rushing waterfall.

Another vantage point over the river can be found a little further north along Mohawk Street. On the left is the parking lot for Falls View Park, on the right is the park with an arched gateway. (Note that biking is not allowed in the parks). A pedestrian bridge takes you over the power canal to another overlook over the Mohawk River and Cohoes Falls. Springtime is an especially good time to view the falls, while Fall brings with it a bold display of reds, oranges and browns on the trees along the banks.

The trail goes from Clinton's Ditch across Vliet Street to Standish Place. Between Vliet Street and Standish, there is a small connection to the city's recreation center. By the time it emerges from the tree cover at Standish Place, the paved trail is stone dust. You can use low-stress streets to connect to the Mohawk Hudson Bikeway, a segment of the Erie Canalway Trail that travels over 290 miles between Alabany and Buffalo. Just head south on Standish, then south on Ontario Street (SR 470). Turn right onto High Street and follow that to the Mohawk Hudson Bikeway.

Park at the lot across from Falls View Park (252 N. Mohawk Street). From there, walk south along Mohawk Street to the south end of Craner Park where you will find Clinton's Ditch and the start of the trail. A large sign mounted on a brick wall lets you know you're in the right place.

Not much to say about a trail in the middle of the city and only about a mile long but it does have some great views and a lot of history that includes the old Harmony Mills that ran on hydro power and the Canals that provided the hydro power. Now please understand that by Hydro Power I mean it was powered by water not electricity. The water turned turbines in the basement that was diverted by the Canals and the power was transferred by belts and pulley's to run the Mills. Later the water was used to generate electricity but not for many years. Back in the day Cohoes had numerous Mill's and was a major employer and manufacturer of textiles.