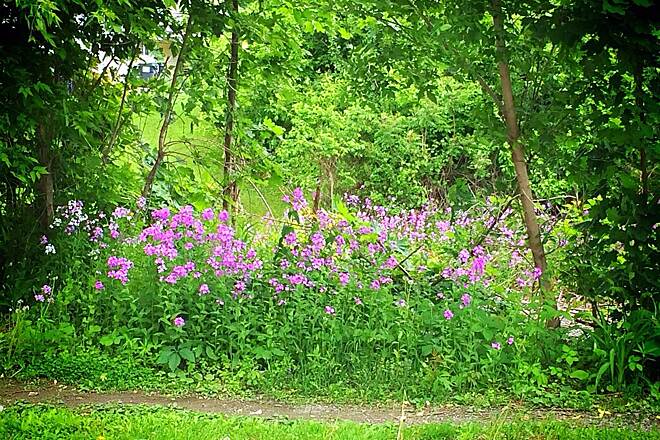 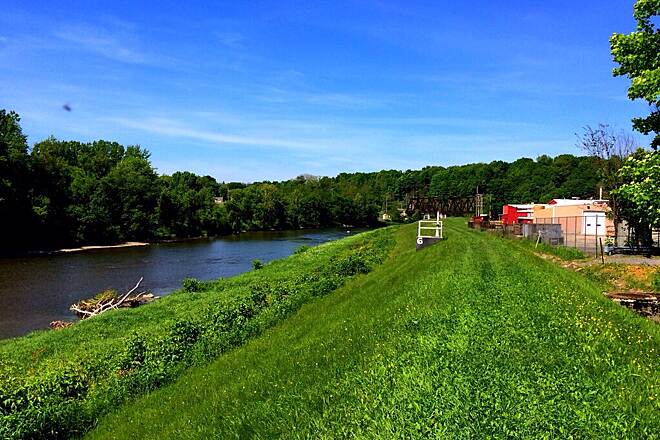 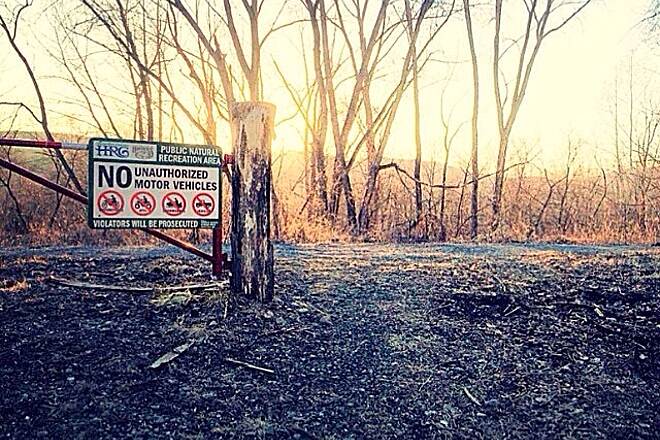 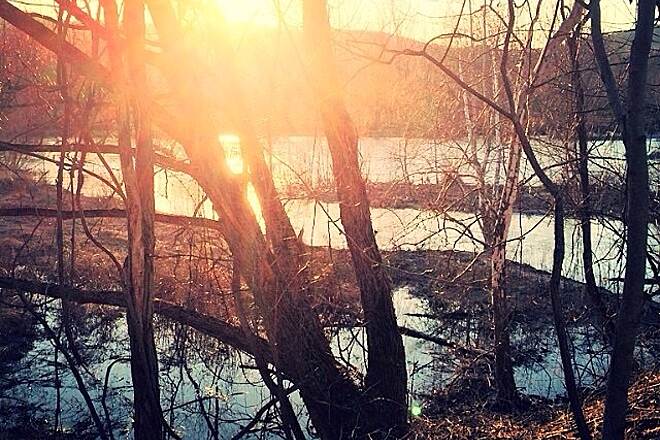 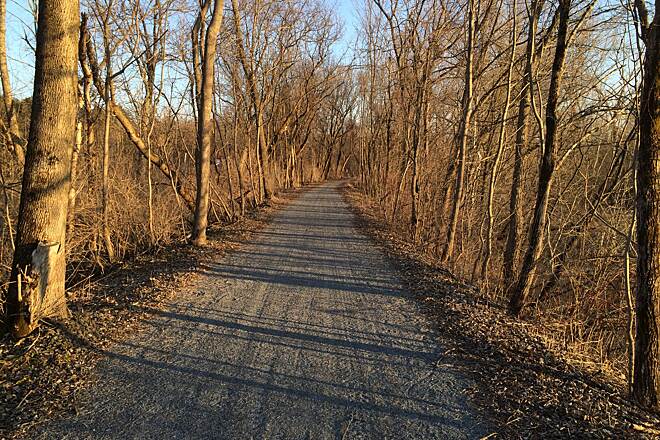 The Hoosic River Greenway spans 2.5 miles along the river’s east bank through the Village of Hoosick Falls. The gravel pathway follows the former route of the Boston Hoosac Tunnel & Western Railway, which was formed in 1878. Today, the trail provides a pleasantly wooded corridor for enjoying the outdoors and also accessing the village’s shops and restaurants. For anyone needing some inspiration for their workout, there is a fitness station as well as signs along the greenway, each describing a different physical activity.

Cars can park at the southern or northern ends of the trail, or in between. The southern end is at the end of Waterworks Road and the northern end is just past the railroad tracks on Sewer Plant Road. In the center, parking is available at the lot at the corner of Classic and Church streets.

This is a beautiful trail, perfect for taking your pups, or just yourself, on a nice walk or run. Bistro 42 (a great French restaurant) often has their food truck towards the beginning of the trail with a nice panic area.

My wife and I tried this trail because it is a fairly short drive to Hoosick Falls. It is NOT your typical bike trail. It is gravel (hard packed crushed stone) but not difficult to ride on. We parked in a lot in town at the middle of the trail, rode north which was very nice and not too long. The north end is a bit desolate. We rode back and attempted to continue on the southern part, however it was not marked at all and we could not find any visible "access" point. We eventually made our way through the town and found a sign pointing us toward the trail.
This eventually brought us to the southern end of the trail near some little league ball fields. We rode northward again on gravel for about a mile when the gravel abruptly stopped. We spent 5 or 10 minutes contemplating whether to continue or not. Ahead of us was just grass, but not something that looked like a trail. After about 100 yards it became a mowed grass path which was definitely an old railroad bed, rather high with the river to our left and a ditch to our right. To say the least , it was NOT what we expected. This section was directly behind peoples homes and we were not even sure if we were on a trail at this point. It eventually went under a train bridge and came out where it was not marked at all, a few blocks from where our car was parked. To say the least, we wish we had read a review similar to this so we would have known what to expect. Hopefully this will help to inform someone else in the future.

Nice trail, crusher run, so you have some rough spots. Overall a nice short trail to get your bike out or take a walk. I probably take a fishing pole with me next time on the trail. There are stations to do cardio or other exercises along the trail.

Rode the Hoosick Greenway Trail on Oct 22 2012. Only half of my ride was on the trail. It wasn't clear where the trail ends, so I just kept on riding until it because very obvious that I had left the trail. Ended up at Hoosick Junction where there was a train idling, waiting for a green signal to proceed.

Sure enough, just as soon as I started back south, I heard a whistle in the distance. The approaching train was blocking the stopped train's path. They would get the green signal just as soon as it left the block, and the switch was thrown.

The trail is dirt. Goes through a mature forest on the north side, so there is no brush and you can see the Hoosic River as you go. Unfortunately, I didn't know that the trail went to the south also. That looks more like a grassy path.