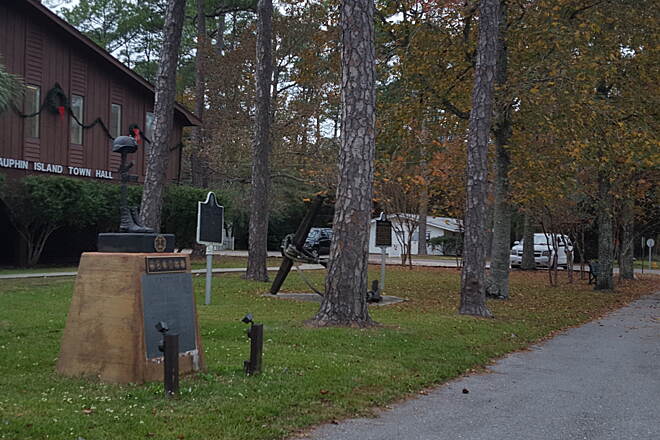 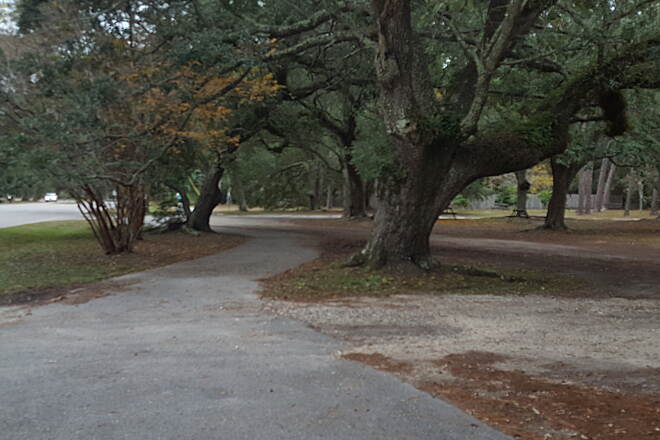 Dauphin Island is a quaint, beach town located on a narrow barrier island in the Gulf of Mexico. The island is known as a resort town, with tourist attractions including its white sandy beaches and the historic Fort Gaines, built in 1821 and instrumental in the Battle of Mobile Bay during the American Civil War. It's also a birding hotspot, a resting place for migratory birds in transit.

The Dauphin Island Bike Trail traverses the length of the isle from east to west. Adjacent to Bienvelle Boulevard, the bike path is paved, flat and wide, making it an easy and welcoming ride for even casual cyclists. Trees line the path providing intermittent shade. The 3.4-mile off-street path connects the Public Beach next to Dauphin Elementary, to historic Fort Gaines on the eastern tip. Additional connections to other local destinations including the Island Town Hall, the Dauphin Island Campground, the Audubon Bird Sanctuary and The Estuarim, the public aquarium where visitors can learn all about the diverse ecosystems of coastal Alabama.

Another branch heads north from Bienville Boulevard along Lemoyne Drive to the Dauphin marina. (From Public Beach heading west, there is an off-street bike path to the western tip of the island). Note that there are a lot of driveway and road crossings along the bike path so stay alert at these points.

To get to Dauphin Island, take Alabama State Route 193 south from Mobile. There is also a ferry (the Mobile Bay Ferry) between Fort Gaines and Fort Morgan, 30-miles west of Gulf Shores.

Once on the island, you can park at the Public Beach (1501 Bienville Blvd, Dauphin Island, AL 36528) and head off on the bike trail.