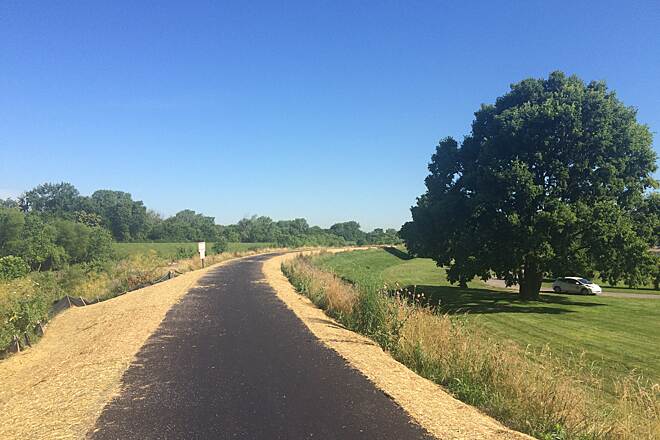 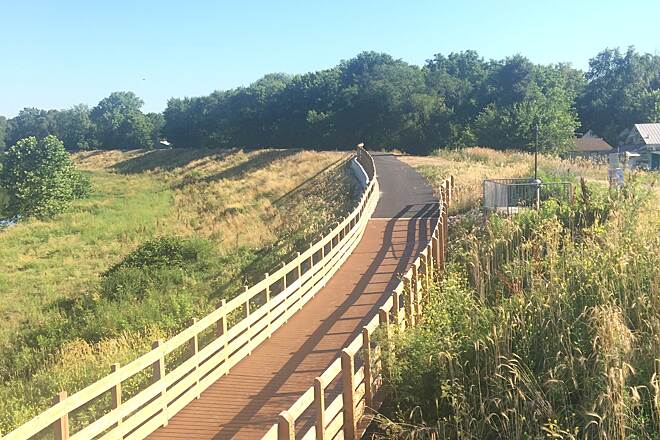 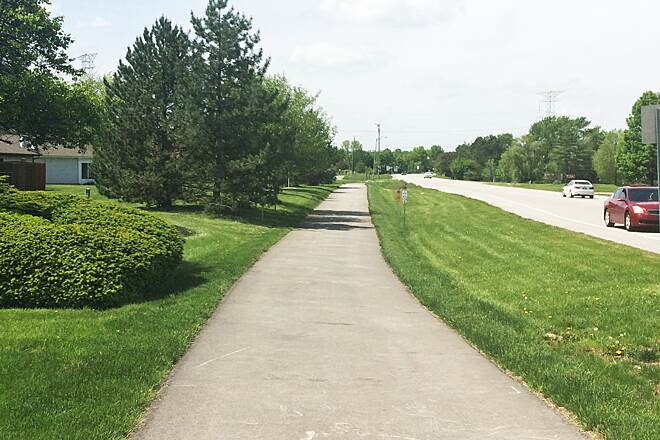 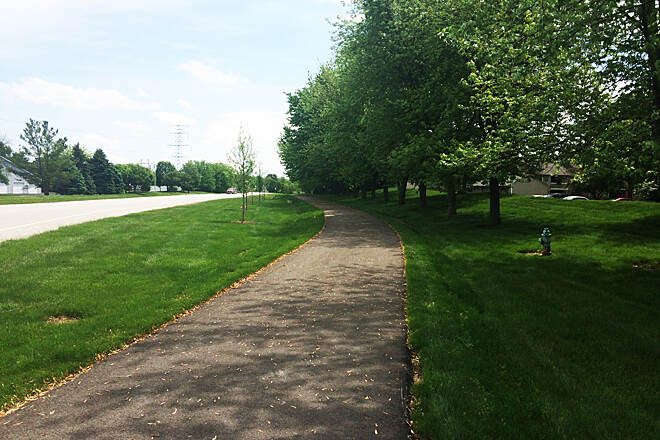 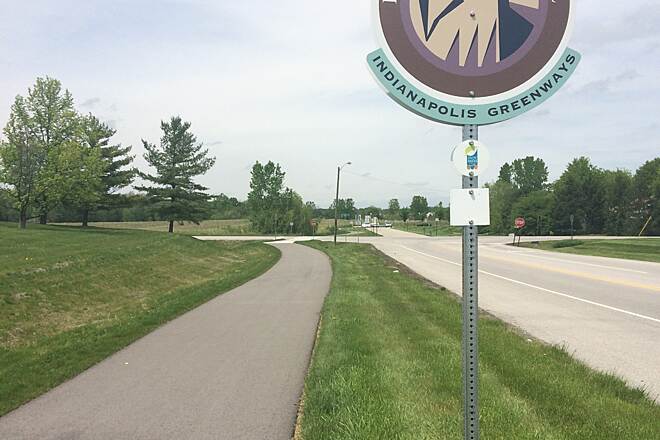 This 7-mile Indianapolis trail is worth keeping an eye on: the vision for the Eagle Creek Trail is a 16-mile corridor reaching from the hills of Eagle Park to White River. The greenway will provide significant connections to trails in western Marion County, particularly the planned B&O Trail in Speedway, and the White Water Wahapani Trail. There will be trail access at Thatcher Park, Ridenour Park and Ross-Claypool Park.

You can already enjoy the Eagle Creek Trail, with asphalt on the ground between Falcon Telon Lane, just north of W 46th street, north to Eagle Creek Park, weaving through a soccer park as well as the Mayor’s Community Gardens. Eagle Creek Park is one of the largest city parks in the US, with 1400 acres of water and 3900 acres of land. There’s an endless list of ways to enjoy the park: birding, wildlife watching, fishing, picnicking or taking the web of trails through the forest.

A second disconnected segment exists south of this one, running west along W Raymond Street and then north along Eagle Creek. While it is currently two miles, this section eventually connects with the White River Wapahani Trail.

The Mayor’s Garden has a lot that can be accessed from W 56th Street and Reed Road. There is also parking at the Mary & John Geisse Soccer Complex (7225 W 56th St), just south of the garden.

Park at Mayor's Garden. When you get to 38th Street turn right to stay on the trail. Mile markers are confusing because the Eagle Creek Trail and Eagle Creek Greenway are combined.

Park at Mayor's Garden. When you get to 38th Street turn right to stay on the trail. Mile markers are confusing because the Eagle Creek Trail and Eagle Creek Greenway are combined.

the parking from the mayor’s garden was easy to find & right off the start of the trail. lots of good scenery & well kept trails to run on

There is no where to park at the trail head. Really? What a waste

Tried to take the southern section of the trail north from Raymond Street. The path is incomplete at it's southern end with no clear marking of where the trail picks up after it ends at street intersections. Got about a mile up the trail and a small bridge was blocked with snow fence and a sign saying the trail was closed for cleanup. Nobody in sight, the fence was broken down in areas so it has been up at least a few days if not longer. Very disappointed as the area we rode on was very nice and quiet. It will be a while before I attempt this trail again as it was just not worth the hassle.