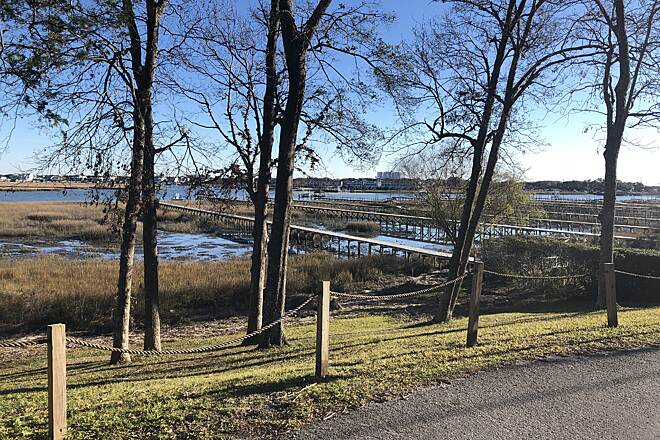 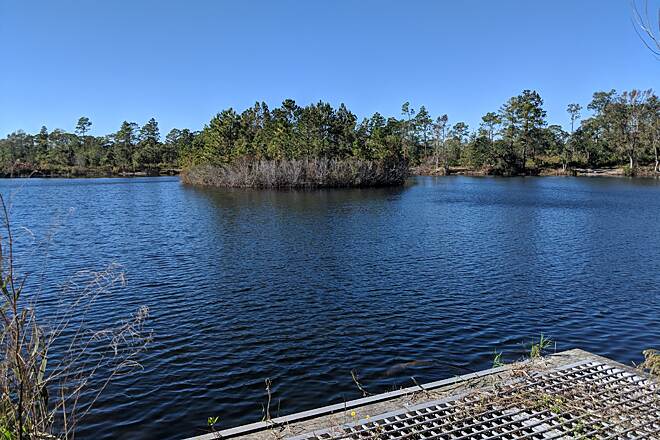 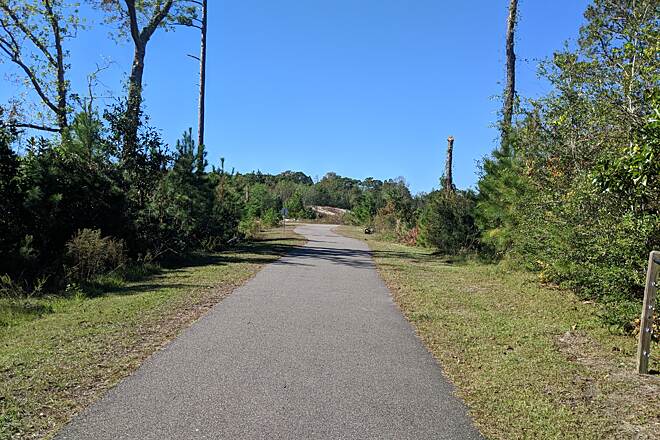 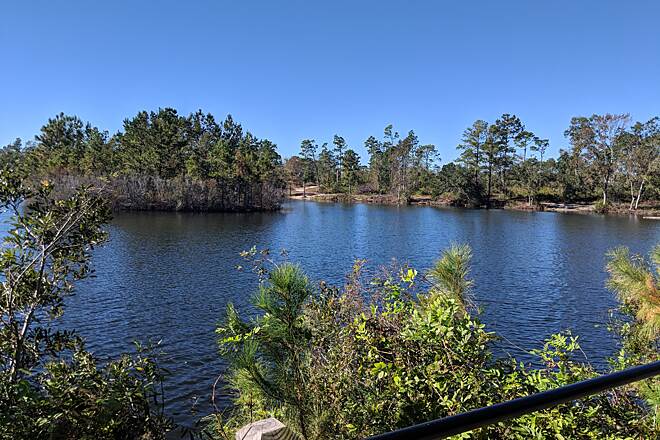 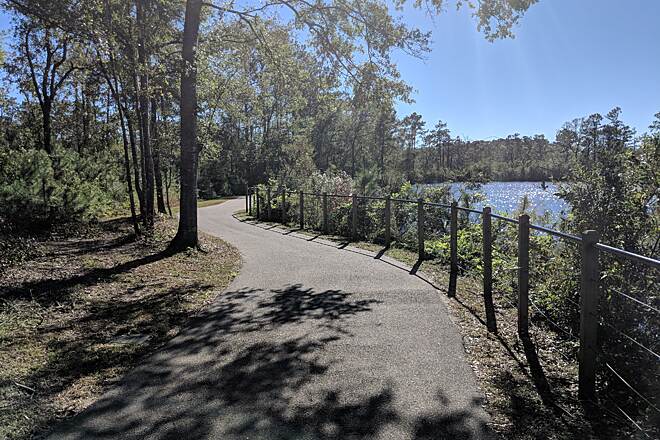 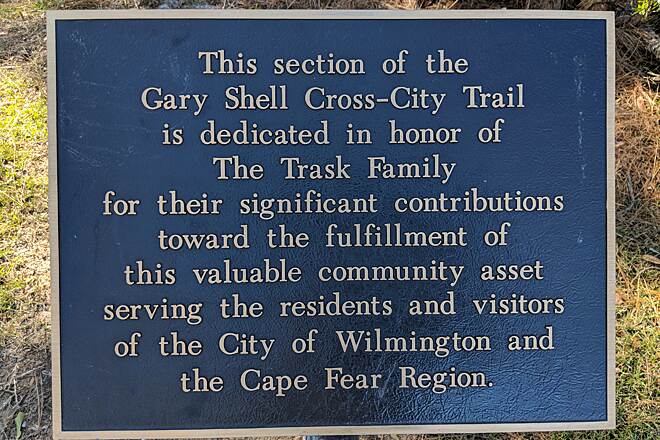 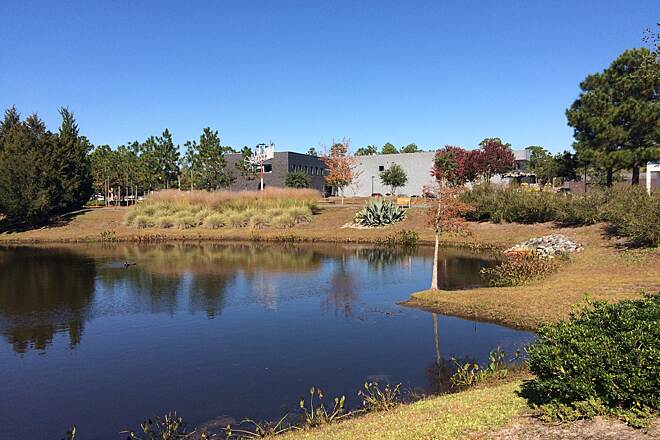 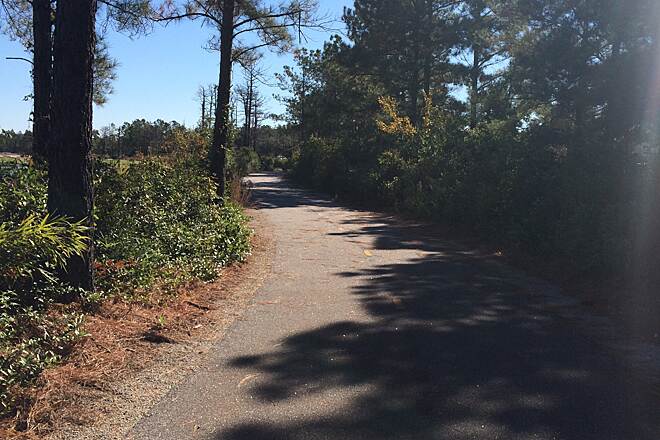 The Gary Shell Cross-City Trail connects the Wilmington campus of the University of North Carolina with the city's many recreational attractions, including Halyburton Park, Empie Park, McCrary Park, and Wade Park, providing important off-road connections across a wide swath of the coastal city.

The trail route totals around 15 miles in total; most of the route is a wide, paved asphalt pathway, although some sections utilize narrower sidewalks - fortunately, the city has marked the trail route on street signs to help users navigate. The latest addition, which opened in 2014, is a 1.3-mile section in southern Wilmington that connects to Wade Park. The 17-acre park offers scenic wetlands, a picnic shelter, a playground, and restrooms. On the opposite end of the trail, the northern terminus shares a route with the Summer Rest Trail, which features a nicely wooded path that ends at the waterfront.

The trail is primarily urban, so there are a number of restaurants, coffee shops, and two excellent bike shops along the route. The CCT also connects with the River-to-Sea Bikeway and Military Cutoff Trail, and is a part of the East Coast Greenway route across the entire seaboard.

Started out with high hopes of a great ride, but trail was very poorly marked. Lots of cracked and holed pavement made for a bumpy ride. Lots of busy intersections...glad I rode, but won’t go back.

While I agree with one of the other reviews, the trail is a little hard to follow but if you map your ride before you start, you should be ok. Most of the Trail now has a separate pathway which makes it safer especially if you are riding alone which I often do. There are beautiful stretches along side bodies of water, even a small waterfall. Parts of the trail are on a wooded and well shaded path. If you start at Mayfaire and go through a couple of neighborhoods and the UNCW campus you can get as much as 44 miles or more if you want. To me this is the best Wilmington has to offer and I very highly recommend it.

This trail has many twists and turns as it crosses the city. If you are unfamiliar with the area, it’s easy to make a wrong turn, because the trail is so poorly marked. The trail crosses many busy intersections, and part of the time you have to ride on a busy road to complete the 15-mile trail.

This is a great ride!!