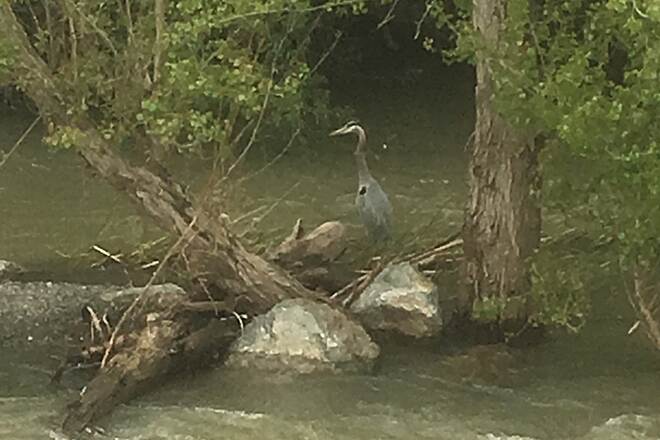 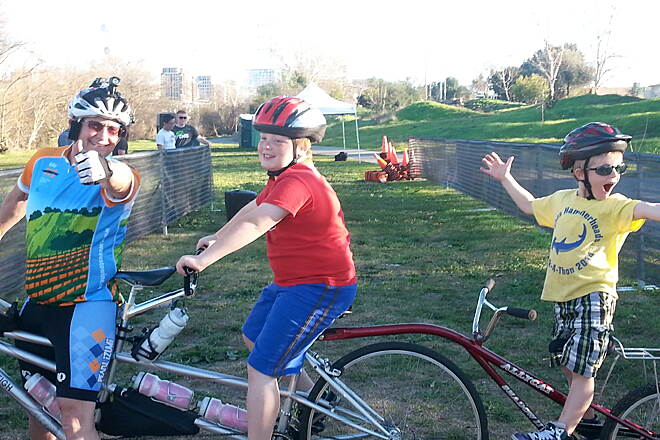 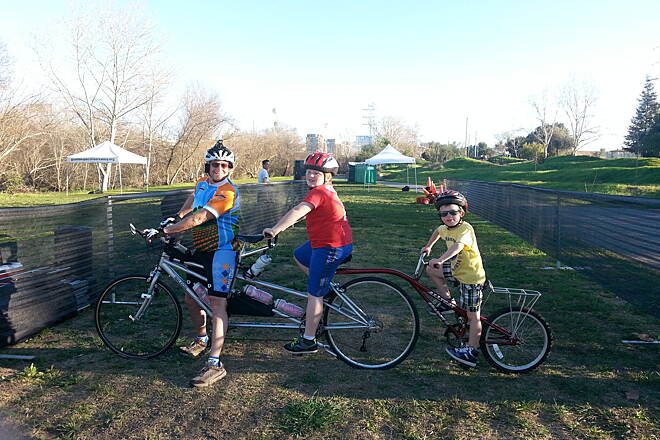 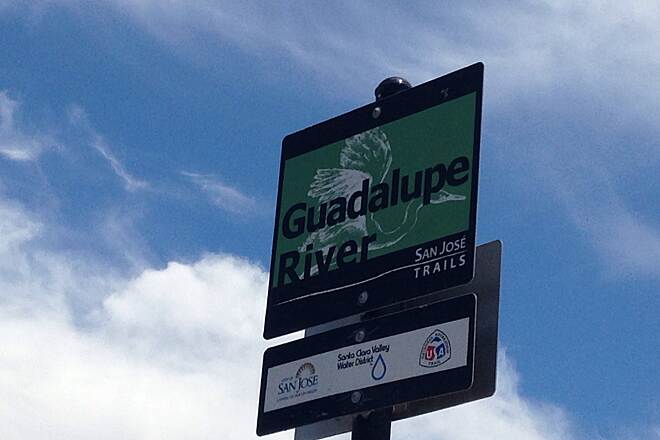 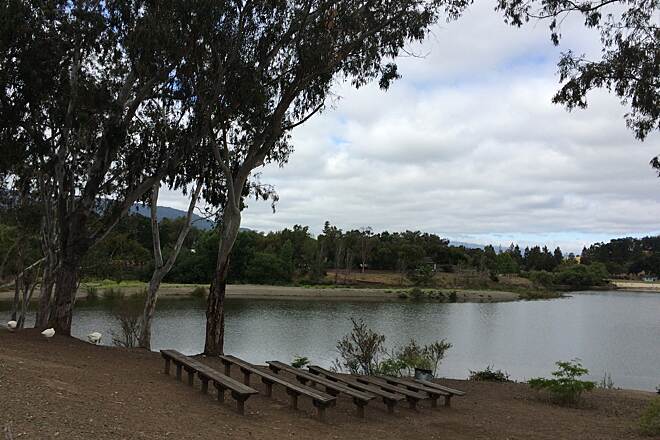 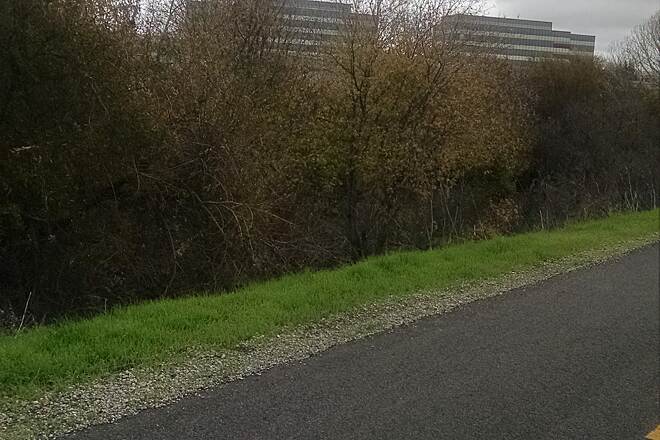 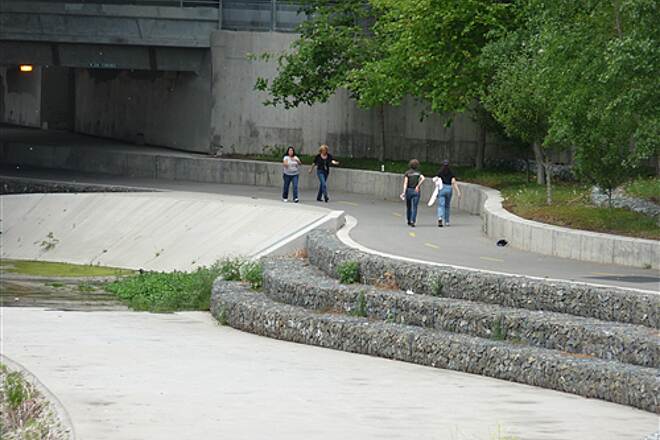 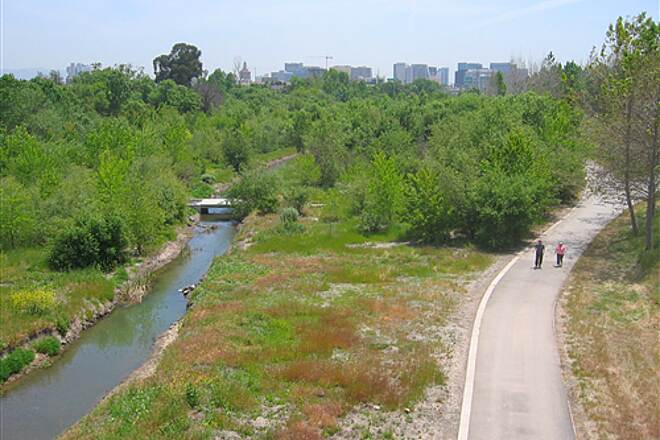 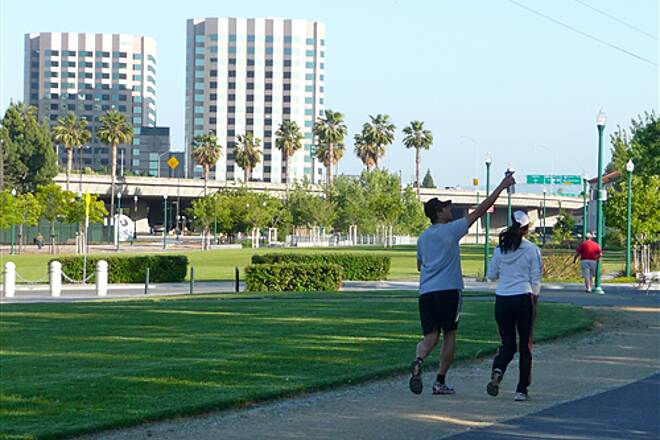 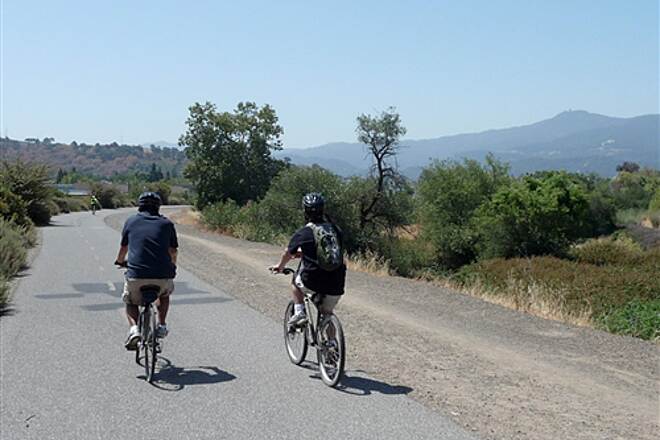 The Guadalupe River Trail is the spine of San Jose's growing trail network, running north-south through much of the city. Portions of the trail run along both banks of the Guadalupe River, with signs informing trail users where they must cross. Plans call for the trail's two open segments to be linked in the future; for now, trail users must experience the two sections separately.

The northern segment begins in Alviso, a community situated at the southern end of the San Francisco Bay. Here the trail connects to the Highway 237 Bikeway, a component of the larger San Francisco Bay Trail. The latter is an ambitious effort to create a 500-mile multiuse trail encircling its namesake bay.

Continuing south, the trail passes beneath most roadways, including State Route 237, US 101 and Interstate 880, as it works its way into downtown San Jose. Before you reach the heart of the city, the path skirts Norman Y. Mineta San Jose International Airport, granting convenient access for airport employees and travelers alike. Closer to downtown, the trail enters Guadalupe River Park. The 3-mile band of parkland offers a host of recreation and entertainment opportunities, including the volunteer-maintained Heritage Rose Garden.

The stretch of trail through downtown San Jose provides easy access to the type of amenities only found in large cities, including an arena (home to the NHL’s San Jose Sharks), convention center, museums and theaters. San Jose Diridon—the city's central train station—is a short trip southwest down W. San Fernando Street from the trail, while San Jose State University is another short trek up the same street to the northeast.

The northern segment ends at W. Virginia Street, and a significant gap exists between this endpoint and the start of the southern segment at Chynoweth Avenue. Winding south over a much shorter distance compared to the northern stretch, this portion still features scenic views of distant hills and provides access to two light rail stations. The path ends at Coleman Road, where trail users can enter Almaden Lake Park and pick up the Los Alamitos Creek Trail to tack on additional recreational mileage.

For the Guadalupe River Trail's northern segment, parking and restrooms are available at the Alviso Educational Center on Gold Street in Alviso (just south of the bridge going over the river). Additional parking can be found on-street in downtown San Jose or at Guadalupe River Park on Coleman Avenue.

O for trail from Virginia St to San Fernando very poorly marked and in some cases dead ends forcing you to take bike up stairs. North to Alviso was great. Spots with lots of homeless encampments but only filthy areas were south. Will never ride it again south of San Fernando

Good trail that is better to the north

Stayed at the Hilton on the south side of the trail and went north past the airport. It's a well maintained trail that follows the tiny Guadalupe river. If you can stay north of Julian St, you'll avoid sketchy-looking tent cities. I felt the run was perfectly safe and saw plenty of people throughout my run. I'd recommend it.

Don't go south of the airport

Parked off of Gold Street. I didn't feel good about leaving my car there. It's a pretty rough looking area. There was trash everywhere. Broken glass, mattresses, mufflers. Went for the ride anyway. First few miles were great. Trail was well maintained and smooth. Once I got south of the airport it all went, well, south. The underpasses were all full of homeless people. Occasionally some would be sitting on the edge of the trial. No issues, but I never felt safe. It really killed what would have been an otherwise pleasant ride. I won't be back.

This trail is great. It's well maintained for the most part, has good signage, but going under Downtown San Jose on this route, there's lots of homeless living there, and lots of trash. But overall I'd give this trail 4 stars.

Did the south portion

Great for an evening run. The river/creek is full this time of year I guess. Tons of people out walking dogs and riding bikes. It is still light out even at 8:30pm. No homeless on this section of trail.

Stayed at Hotel near airport and took trial south on Saturday. Not very pretty and lots of homeless. Next day went north which was much nicer and felt safer. Due to rain many of the tunnels were impassable.

50F Sunday 9AM in Early December - Went for a quick jog.

Entered the trail from Park Ave and went North (East side) - Trail was paved and signage was OK. At Coleman Ave had to exit the East side and switch to the West side.

Crossed paths with other runners and bikers. As some other reviewers mentioned, saw a number of homeless people in the underpasses. Didn't feel threatened but would not recommend anyone to be alone and in the dark. Just not worth it.

In general, saw a lot of homeless people in downtown San Jose.

Okay, but not safe feeling

So, it's scenic, and pretty, I'll give you that. But as a small female running alone (on a business trip, no one else to go with me) I never really felt safe.

Came from the convention center area, ran south, gave up when it seemed to dead end into housing. Continued north, gave up when I had to cross yet another street. If I were a large man, or in a group, this would be better. But running under bridges where people are camped out and staring at you isn't exactly comfortable for me.

Will try a different trail later in the week.

Along creek in San Jose downtown area with minimal confusions, just be ready to switch sides once and a while stay alert or Use use

car broken in too

I parked my car at Alviso park on Gold Street and when I returned from my ride the back window of my car was broken. I had been robbed. This was at 9 in morning. Be careful. Lots of bums hanging out.

To go from downtown San Jose along the Guadalupe River out to Alviso and the Bay wetlands, I know of no better way of getting there by bike than this trail. It would be nice if there were more trees though.