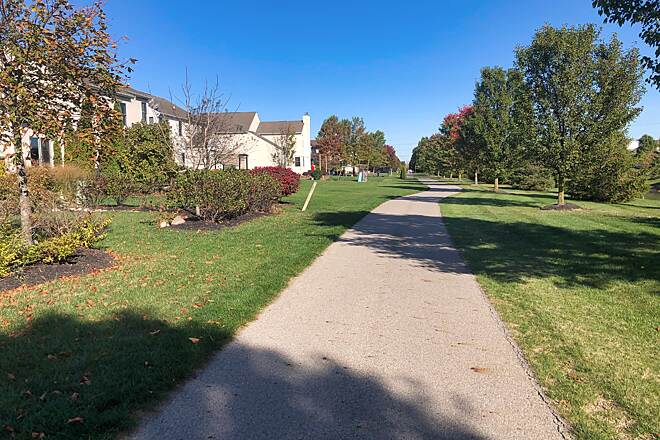 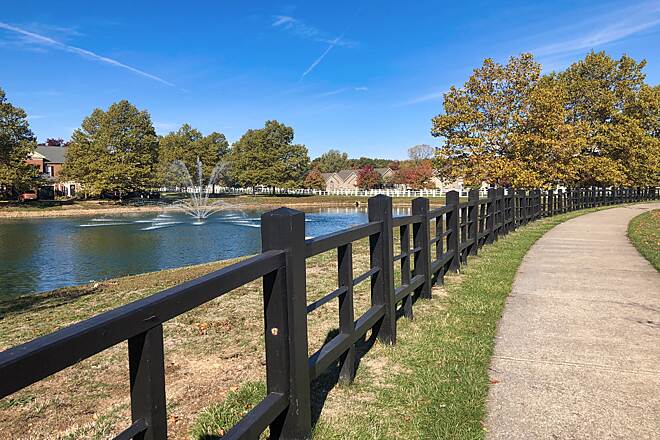 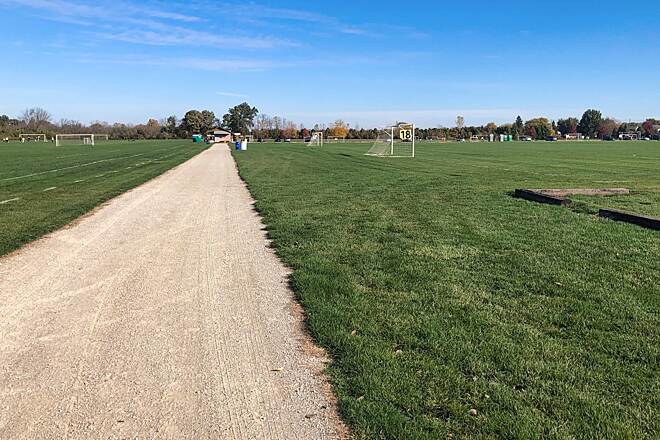 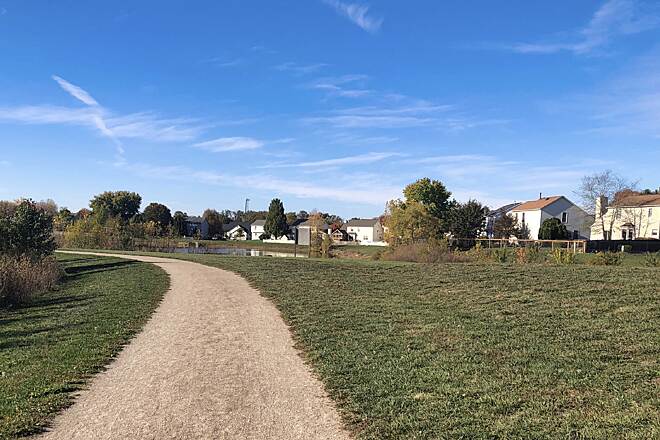 The Hellbranch Trail offers a paved route of just over 5 miles in the northwestern Columbus suburb of Hilliard. The pathway connects residential neighborhoods and schools with recreational parks, a dog park and other greenspace. On its north end, the trail also connects to the Heritage Rail-Trail, spanning 6.1 miles.

A good place to begin your journey is at the trail's southern end in Spindler Road Park, where you'll find athletic fields, a wildlife area, parking and restrooms. From there, you'll head north, popping in and out of open areas and stands of willows, maples and oaks. Along the way, travelers can enjoy access to the Clover Grove Natural Area, Franks Park Playground and the Roger A. Reynolds Municipal Park.

The Hellbranch Trail is a greenway that I would describe as a commuter path. It runs predominantly in a North-South direction through the western portion of Hilliard, Ohio. It connects the Hilliard neighborhoods of Hoffman Farms, Colonial Lanes, Heritage Lakes, Lakewood, Westbriar, and Brookfield Village to local parks such as Homestead Metro Park, Roger A. Reynolds Municipal Park, the Hilliard Family Aquatic Center, Franks Park, Clover Groff Natural Area, Spindler Dog Park, and Spindler Sports Complex.

The trail is extremely flat with very little change in elevation. The trail has a combination of trail surfaces: asphalt, widened cement sidewalks and crushed stone. My biggest complaint about this so-called trail is a lack of signage. For a named trail or route there was absolutely no signs to indicate where this route went. In a bicycle friendly city such as Hilliard that can be a problem. There are a lot of separated bike paths that parallel the roads of the city. Due to a lack of trail signs, if you are trying to follow a specific route, when you come to a road intersection many times you're not sure whether you should cross the street to continue in the same direction or make a turn. If I had not used the TrailLink app on my phone I would probably have made a number of wrong turns on my outward leg of my out-and-back ride of this trail.

If you live outside of Hilliard, I would suggest following TrailLink's recommendation to park at the Spindler Sports Complex and ride north. I think that if you ride in this direction the trail's path will be a little more clear (since there are no trail signs) than if you choose to ride from the north. Since this trail travels through quite a few residential neighborhoods there are not a lot of trailheads along the way, but Spindler Sports Complex in the south, Roger A. Reynolds Municipal Park in the center, and Homestead Metro Park off of the connected Heritage Rail-Trail in the north are areas with plenty of parking.

I enjoyed this trail. It was a very pleasant ride. It has a lot of utility to connect the citizens Hilliard to their city's parks, but I don't think it is a must ride/walk Ohio trail for people outside of Hilliard. I do think that it is a significant enough route for the city's residents that it would be worthwhile for the city to mark the trail route with signs and distances to the different city facilities along the way.

difficult to follow, probably impossible with out am app

should have some signs or pavement markers not all of the trail is paved, the southern part had some dirt sections

The trail goes through a few residential areas. It might be hard at certain points as to where the trails is as there are no clear markings. The trail consists of 2 types of roads. Might not be able to go fast as there are a few stops & lot of curves.