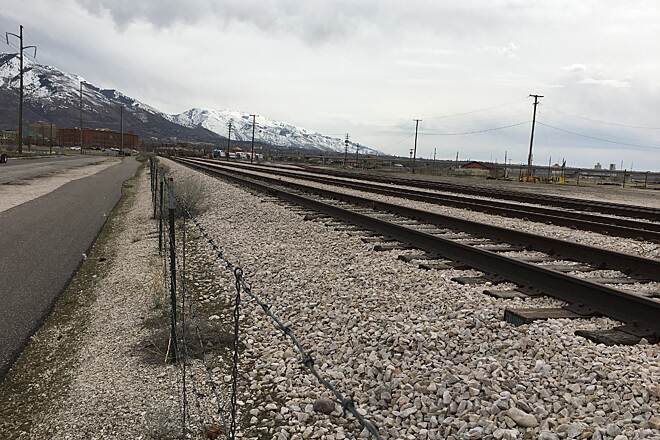 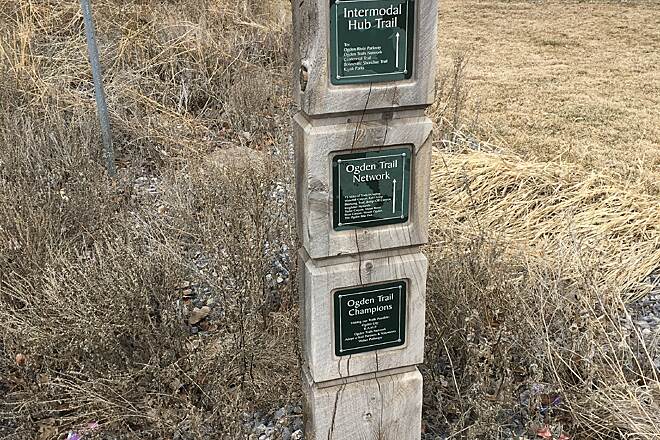 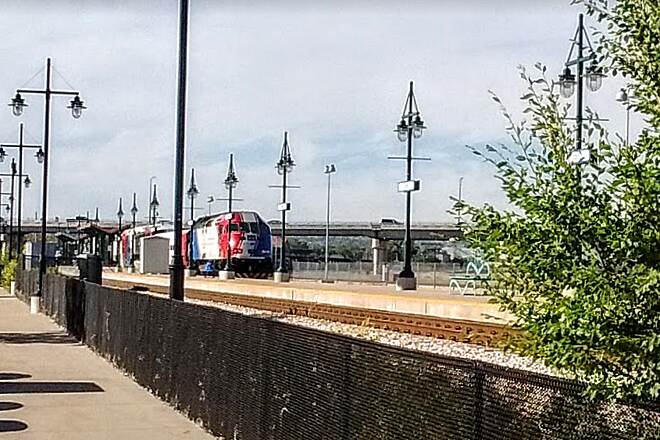 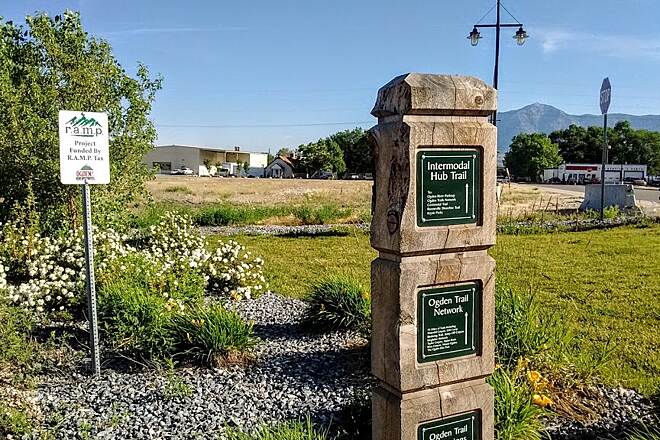 This is a short connector trail in Ogden, allowing the pedestrians and cyclists to connect to Ogden’s other active transportation corridors from the Ogden Intermodal Hub. The trail is in close proximity to the Ogden River Parkway, the Weber River Parkway and the Bonneville Shoreline Trails. From the transit hub, the trail faces north to 22nd St, then west to Pacific Avenue following this road before heading north on the Ogden Parkway Trail.

The trail begins at the station parking lot (2350 Wall Ave).

Great little trail it is paved and if you are a railfan you will love it. I walked it and the frontrunner was parked there so i got a pic of it and uploaded it here. If you want a nice short walk give it a try it is also a great trail for beginners. To get to trail head park on north side of parking lot and walk east on the north end of parking area and just before you cross rail look right for trailhead sign.

I've given this trail four stars mostly because the idea behind it is just so good. It connects the city's river trail network to the FrontRunner commuter rail station downtown, and that's really good because you can roll your bicycle right onto a FrontRunner train and head on down to Salt Lake City or Provo. The problem with this trail is that there's often broken glass and litter along it and there's also a car repair shop that parks their cars in a manner that encroaches on the trail. Still, if you need to get to the train, it's a great option.