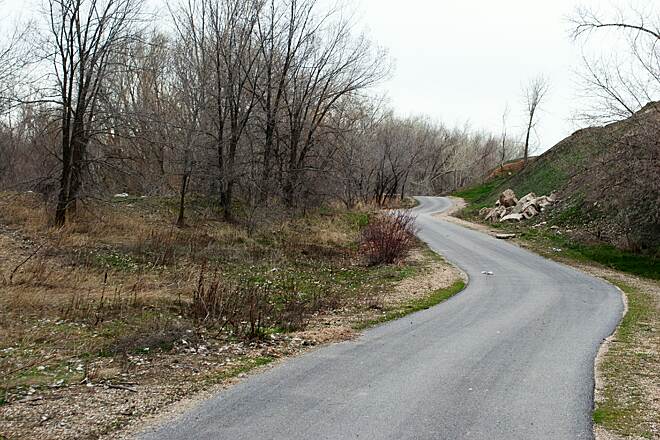 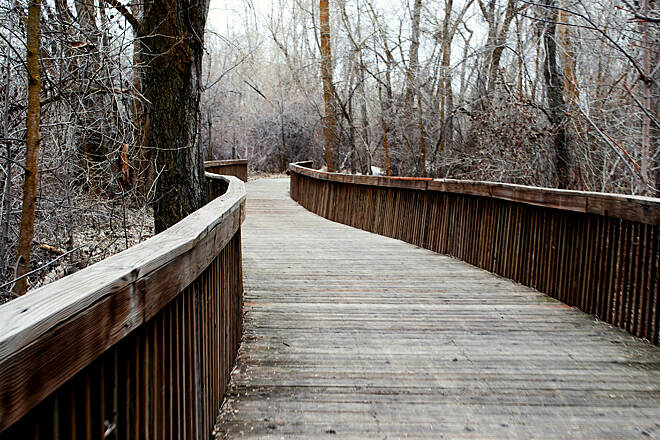 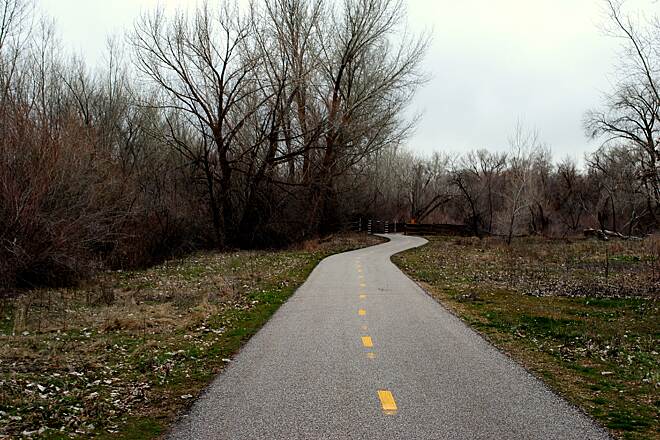 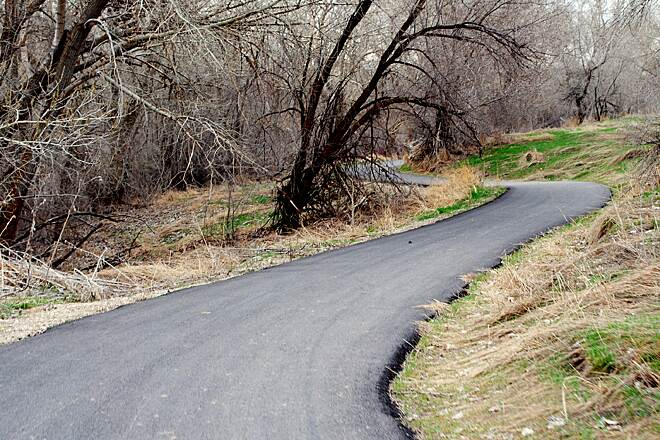 The Weber River Parkway begins about 100 yards south of the confluence of the Odgen and Weber rivers. It’s a popular trail with visitors, tracing the eastern shore of the Weber River and the crossing over to the western bank. The mostly paved pathway (the 2 southern-most miles are gravel) remains in the greenbelt formed by the river, meaning that although it is in an urban area, it can sometimes feel much more remote. It’s a relatively flat trail with few road crossings, and some pretty pedestrian bridges to carry trail users across the river.

The trail begins in West Haven, following the path of the river as it meanders along. Just after the river bend close to the railyards, the trail crosses over to the left bank of the river and the trail starts to head south.  Along the way, trail users will pass the Miles Goodyear Park, named for the fur trapper who founded Ogden in the mid-19th century. Another attraction is Fort Buenaventura Park, built by Miles Goodyear himself. Today it offers a range of outdoor recreational amenities while replicating and/or preserving the sites historic structures.

As the trail crosses Parker Drive into Riverdale, the surrounding becomes much more residential. With the neighborhoods to the west and the railroads to the east, the river greenway feels like a pocket of tranquil beauty. Ogden is a town that has been shaped by the railroad, thanks to its position close to the Transcontinental Railroad’s meeting point at Promontory Summit.  In fact, the Southern Pacific Railroad donated a portion of the land on which the Weber River Parkway sits today.

The trail comes to an end on Cottonwood Drive in South Weber. As with the Ogden River Parkway and Bonneville Shoreline Trail, it forms part of the Centennial Trail, a planned 27-mile loop.

There are multiple access points to this trail. Parking is allowed along the side of Cottonwood Drive at the south end of the trail. The next access point is south of the Riverdale City offices at the trailhead on Weber River Drive. There is also parking at the Riverdale Kayak Park along 600 West.

The next parking just west of where Parker Drive crosses the river. Parking is also available at Fort Buenaventura, 2450 South A Avenue, and at the Ogden Kayak Park on Exchange Road. The final two parking locations are along Skate Street in West Haven, and at the West Haven Cemetery on 2350 West.

I started from the north side and rode south until I reached 4400 by riverdale. There are some areas that need maintenance but overall in good shape. Sometimes it’s hard to follow but I used the map on here. My only complaint is the sharp turns that make it hard to see oncoming traffic so I’m hesitant to pick up speed in some areas. It’s great for a casual ride with lots of shade.

Don’t bother riding south of the Riverdale city office unless you want a 1mile quick loop - at the footbridge the trail turns to gravel. Head north and its lovely with a few short inclines; great for beginner cyclists to learn gearing and control. Lots of dogs and pedestrians so take it easy and ride early!

Walked the trail south from Riverdale about 2+ miles after you cross bridge the trail is gravel but still a great walk there is several place to take a rest if you need to also couple of place to have a pinic a great trail for a walk or bike ride.

I rode the Weber River Parkway just about daily when I lived in Ogden. It's not perfect. There are sections with tight corners and poor visibility. Several underpasses flood in the spring when runoff is high. There is also some crime and homeless campsites along the river. I've never been hassled though and I never felt unsafe. The plusses? Incredible views, lots of wildlife and just a fun urban trail riding experience. Combine this trail with the Ogden River Parkway and the Bonneville Shoreline Trail for a 30 mile loop of Ogden. If you do, it's best to tackle it on a mountain bike as the BST is quite rugged in spots.