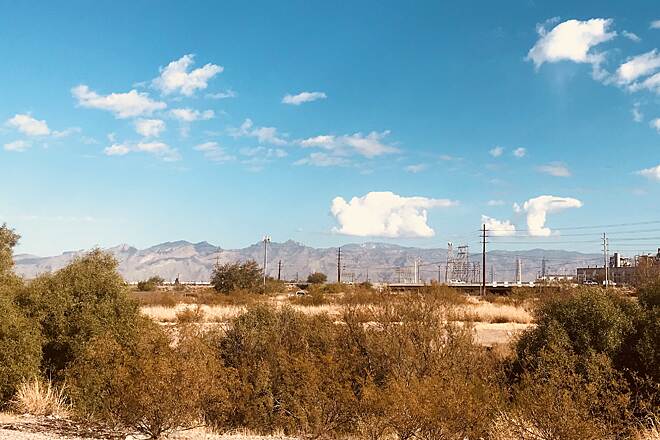 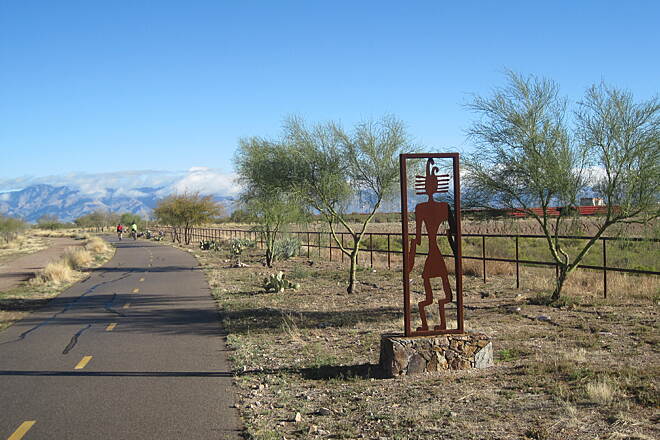 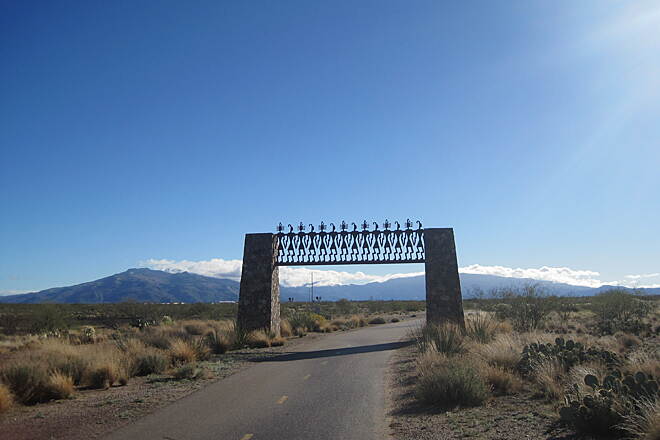 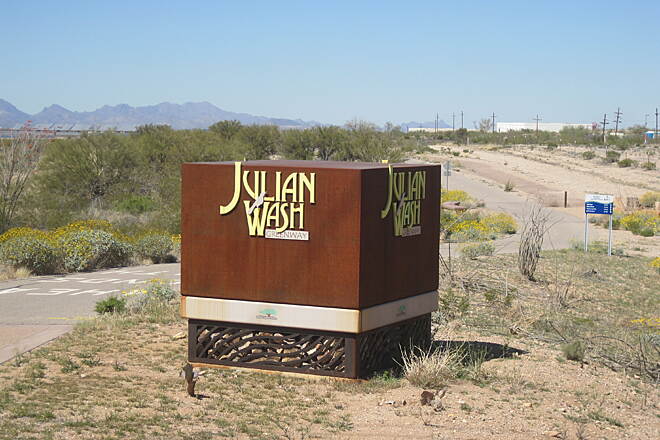 The Julian Wash Greenway showcases the natural beauty of the Sonoran Desert as it travels from a junction with the Santa Cruz River Park Trail to S. Rita Road in southeastern Tucson. The trail offers views of distant mountains and connects several parks, including the Julian Wash Archaeological Park, which interprets the history of the Hohokam people that once lived in the region.

For much of its route, the main paved trail is paralleled by a soft-surface path for equestrians and joggers. The greenway is also part of a larger trail network called The Loop that will one day encompass 130 miles of trail throughout Tucson.

The Harrison Greenway is a useful north–south connection between the Pantano River Park Trail and Julian Wash Greenway (via a brief on-road route)....

Tucson's Arroyo Chico Greenway is a developing urban trail that will eventually link the city's downtown area and the University of Arizona with...

Only a tiny portion of the El Paso & Southwestern Greenway is currently open in Tucson. Built as part of the development of the city's Fire Central...

The Rillito River Park Trail runs along both sides of its namesake river, from N. Craycroft Road to under Interstate 10, where it links with the Santa...

The Cañada del Oro River Park Trail follows its namesake waterway in the northern suburbs of Tucson from a junction with the longer Santa Cruz River...

The Patagonia Train Track Trail is a loop trail that begins and ends in the tiny Arizona town of Patagonia. One half of the trail follows the old...

The New Mexico & Arizona Railroad Trail, also known as the Railroad Grade Trail, is a rustic hiking and equestrian trail in the Sonoita Creek State...