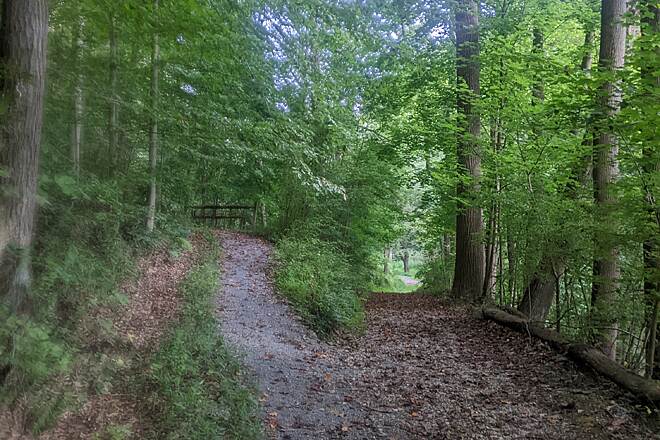 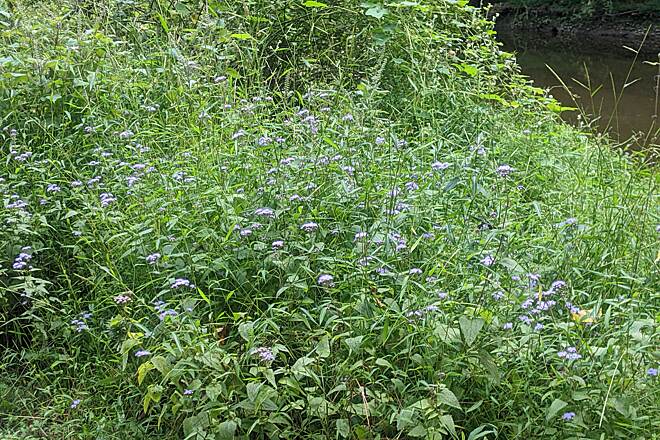 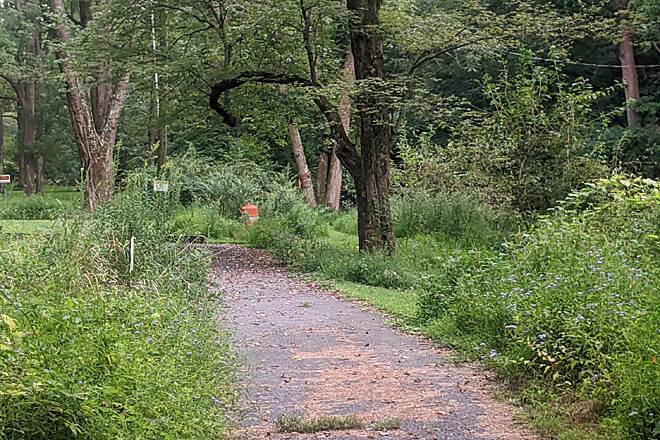 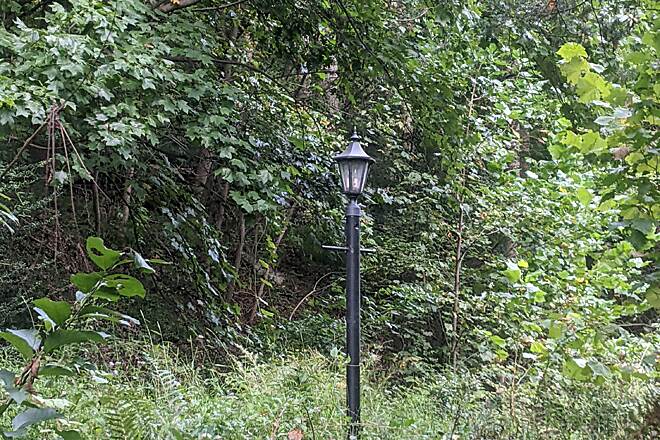 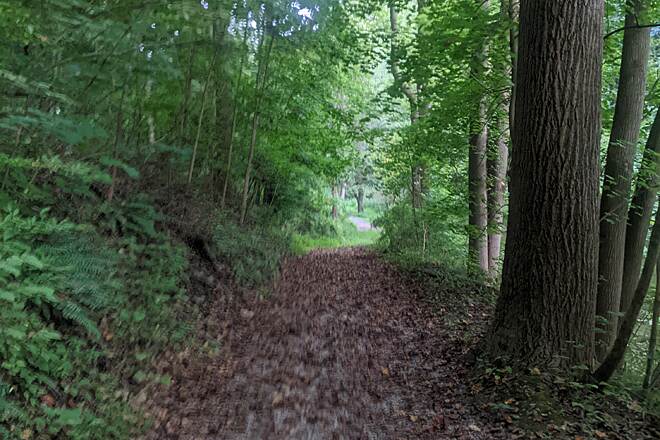 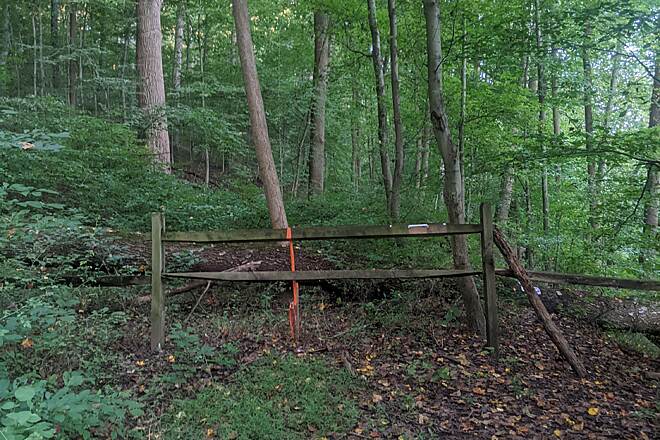 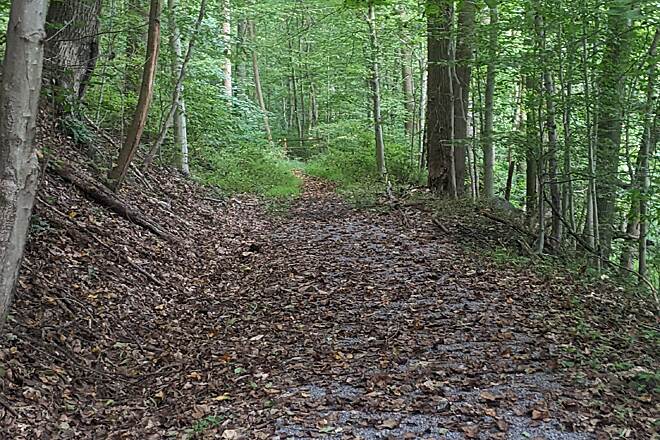 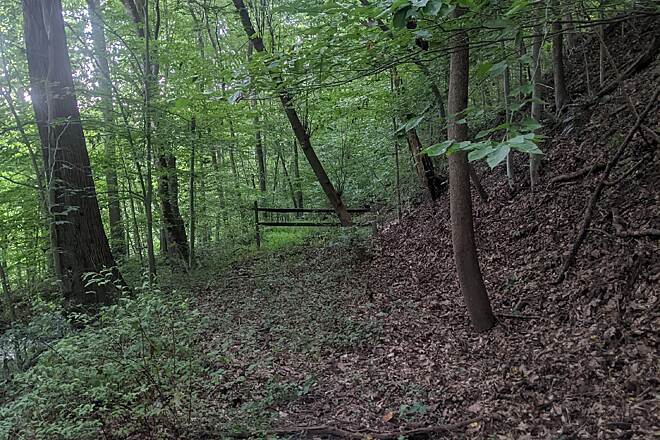 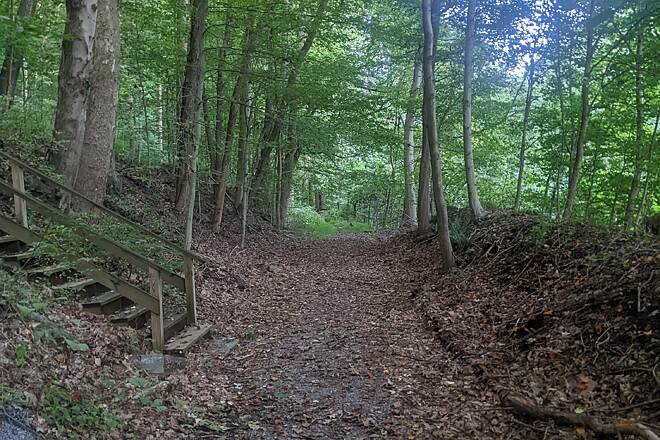 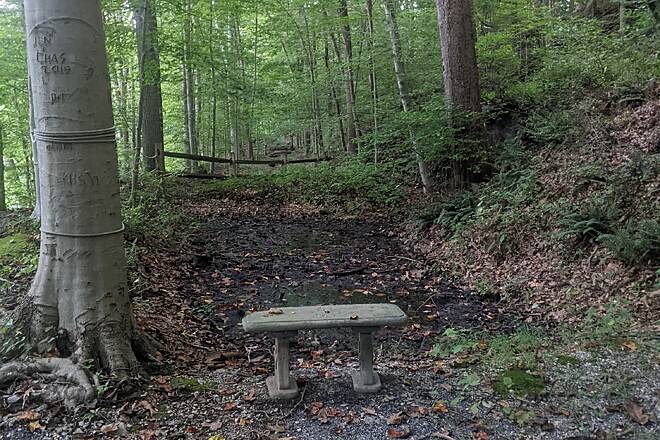 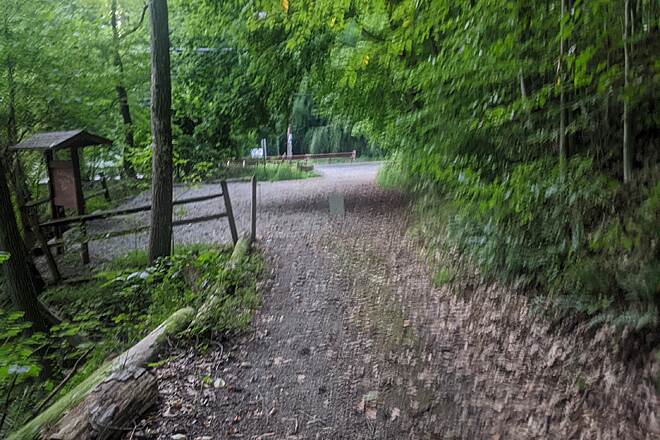 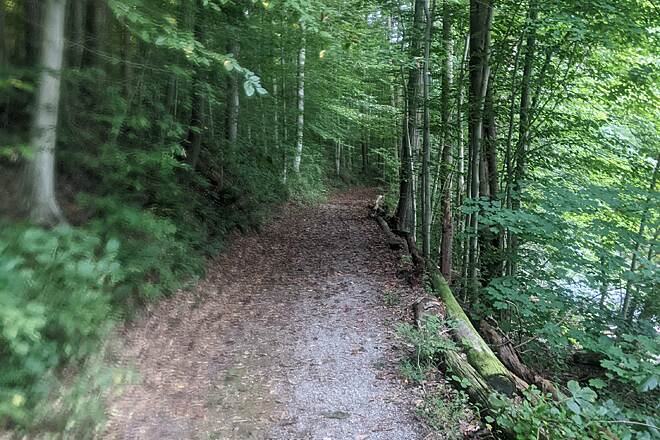 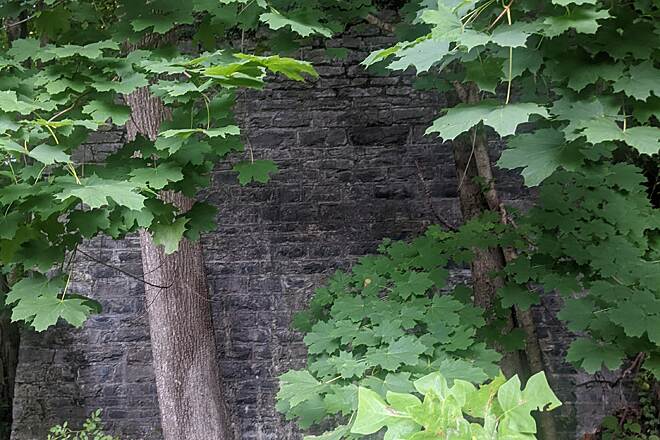 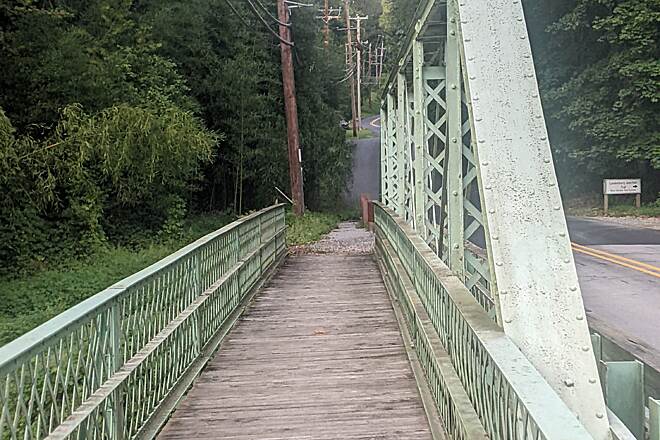 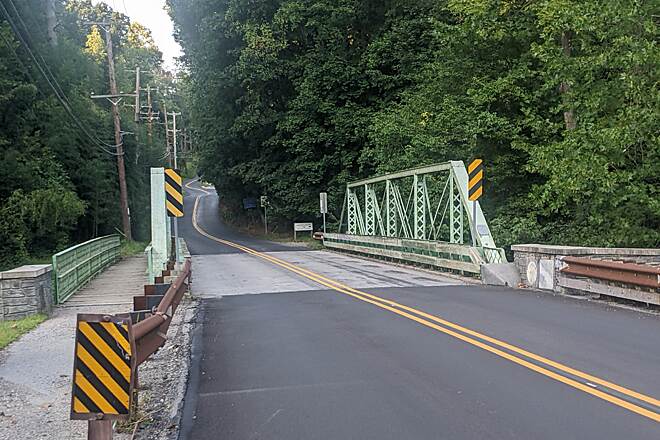 The Landenberg Junction Trail holds a lot of history in just 0.4 miles. The trail follows two former rail beds, the Pomeroy & Newark Railroad and the Wilmington & Western Railroad. Located in the historic Landenberg Village on the eastern bank of the White Clay Creek, the trail passes by several small amphibian ponds, the Hendrickson homestead garden, and a picnic area next to the creek. There is also trout fishing access along the creek.

Composed of three short connected paths that total less than a mile, the trail includes interpretive signage that offers a visual perspective on the bustling mill town of Landenberg and its railroads during the late 19th and early 20th centuries. From a steep hillside along the creek, the paths descend to a flat habitat garden of native plants. The trail surface is a mix of packed dirt, wood chips, gravel and includes a set of stairs that connects the lower railroad path to the two upper parallel railroad paths. There is a rain barrel that collects rain from the storage building's roof, which is used to irrigate the garden. Benches are placed along the route looking over the ponds and garden.

Along with the Mill Race Trail, the Landenberg Junction Trail is part of the expanding New Garden Trail system.

Parking is available in a gravel lot off Laurel Heights Road.

Located in a quaint hamlet that feels like it's much further out in the country than the edge of the Philadelphia and Wilmington suburbs, the Landenberg Junction Trail is one of the more unusual trails in the region.
Like the nearby Mill Race Trail, the Landenberg Junction Trail is actually three different paths that join together.
The Lower Trail consists of a crushed stone path that is suitable for hiking and biking. It extends south along the banks of the White Clay Creek from a trailhead that is immediately south of Landenberg Road. Although parking is available at this trailhead, users also have the option to park in the larger lot located off nearby Penn Green Road and walk or bike across the creek via the walkway on the north side of the historic Landenberg Bridge. There is also a kiosk that interprets the surrounding area, and a tall stone wall can be made out behind the vegetation covering the ridge. This structure was once an abutment for a bridge that once carried the Newark & Pomeroy RR over Landenberg Road.
After entering the woods, the Lower Trail forks in two just a few hundred feet south of the trailhead. Here, trail users have the option of either continuing south to a nature area with an amphibian pond, habitat gardens and a picnic area, or ascending a gravel ramp that leads up the hillside to the remains of the Landenberg Junction and the two other segments of the trail.
These two old RR grades, which now have short gravel paths extending along them, along with the aforementioned abutment are all that remain of a once bustling industrial and transportation complex. The Middle Trail follows the route of the Newark & Pomeroy RR, while the Upper Trail is built along a section of the Wilmington & Western RR. The former RR ran north to south along the White Clay Creek, providing connections to Newark and Avondale, while the latter ran east to Hockessin, providing a link to Wilmington and Philadelphia in the 19th and early 20th centuries. Both freight and passenger trains served this junction and allowed Landenberg to become the site of several mills. The railroads were abandoned in 1936 and now, nearly a century later, the hillside has been almost completely reclaimed by nature.
Although there is a second ramp linking the Upper and Middle trails, this is very steep and looked more like it belonged on a BMX course than a trail. A wooden stairway also connects these two paths, and I would recommend checking them out on foot rather than biking due to their very short length.
More of an outdoor museum than a trail, the Landenberg Junction Trail does a great job informing visitors of this bucolic village's bustling past.