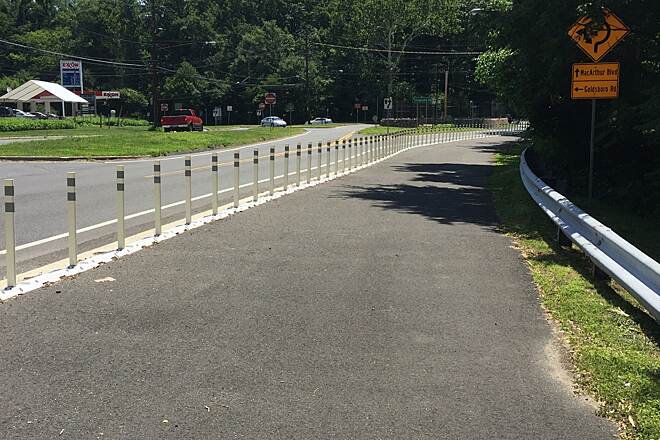 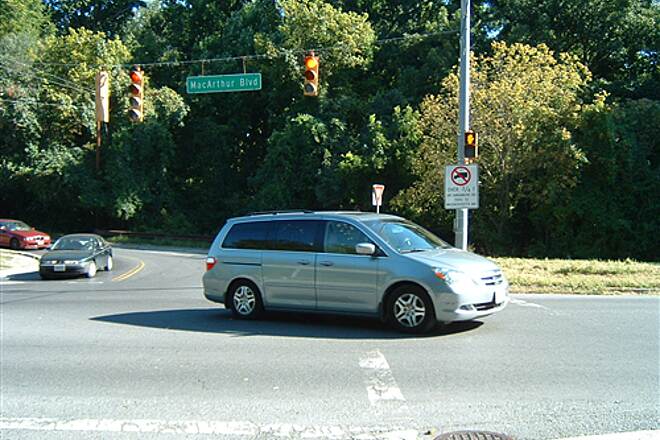 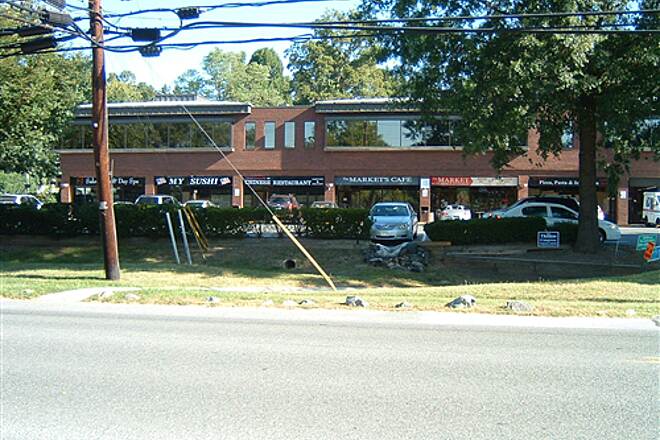 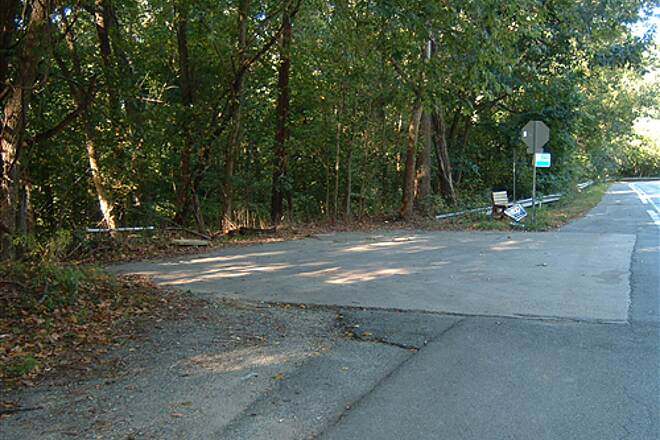 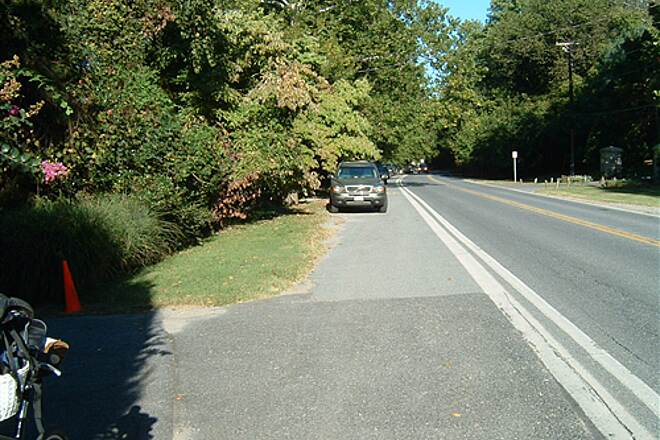 The MacArthur Boulevard Bike Path follows the winding road through the communities of Bethesda and Potomac, just north of Washington, DC. Along the way, the path passes shops in Cabin John and Glen Echo, and provides access to the popular Glen Echo Park.

Cyclists should be warned that the path is no more than a glorified shoulder at times, although the corridor is targeted for improvement in the near future. Connections to the Chesapeake & Ohio Canal National Historic Park can be made at the trail’s northern endpoint at Old Angler’s Inn in Potomac; at Brickyard Road; at the bridge over Cabin John Creek and Cabin John Parkway just west of Wilson Lane; and at the northern end of the Brookmont development closer to the Maryland–District of Columbia border.

The trail also links to the Capital Crescent Trail via the Little Falls Trail at Sangamore Road.

I rode this out of Great Falls for a new view on the way back to DC. It’s a nice changed after the C&O Trail but on weekends, cars park in or right next to the bike path (illegally) up by great falls so keep your head on a swivel to doors and cars backing up because they aren’t looking for you. It has multiple connections to the C&O if you change your mind. So you can connect it to Capital Crescent as well. Coolest part is Glen Echo Park grounds

Is there an actual bike path? Yes, complete with posted signs and symbols (albeit faded) along the path. Does it run parallel to MacArthur Blvd? Yes, although the bike path runs out at the Exxon just before you reach the Pallisades in D.C. However, whether it is OFFICIALLY named the MacArthur Boulevard Bike Path I will leave up to the general public. Also, the actual eight mile distance strecthes from the Old Angler's Inn in Potomac, MD, to somewhere between Norton and Norfolk Streets in the Pallisades.

If you are running at dusk or pre-dawn when starting at the Inn, I strongly recommend some sort of personal lighting. The first canopy made the path DARK. Not even the light of a full moon made it through the trees. The path does have some gradual climbs and declines going both ways; you'll see more climbs starting from the Inn and more declines when you run from the Pallisades. The bike path is well worn, and you'll have to watch for tree detritus in some of the more wooded areas, but it's still in decent shape. Lastly, no mile markers of any kind. One-mile mark is at the tuen onto Clara Barton Parkway, four mile just before Cabin John Park, five mile at the Exxon station.

The Bike Path runs along MacArthur Blvd, which is a substantially wooded residential area. There is a public restroom across the road from the Inn; it was open when I finished my run, but I don't know if/when it actually is open. There are also port-a-Johns at Cabin John Park (thank you, God!), and two Exxon stations along the route (neither were open on Sunday morning, and no guarantees when they are).

Overall the course is a good place to pace yourself. The gradual climbs will tempt you into going too fast, and the declines will let you open your strides if you want to push for those negative splits. There is one big uphill/downhill in the vicinity of the Little Falls Stream Valley Park area that you need to watch out for, especially if taking it downhill. The cyclists don't start to populate the Bile Path until 7:15~7:30 a.m. on Sundays, and they are courteous to non-cyclists.

My early Sunday morning run on MacArthur Blvd was a noteworthy experience. yes, this is a Bike Path, but runners are encouraged to give it a try.