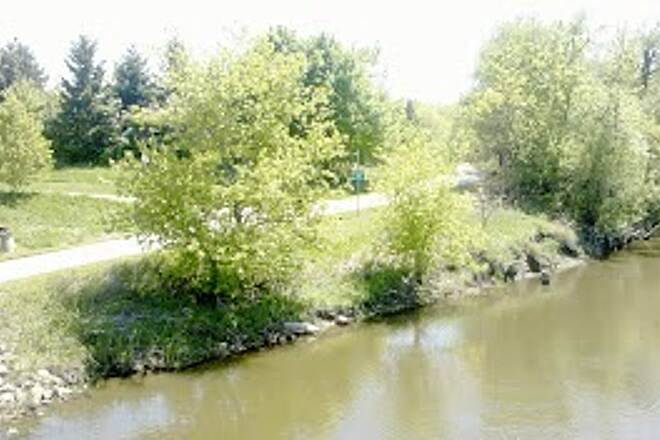 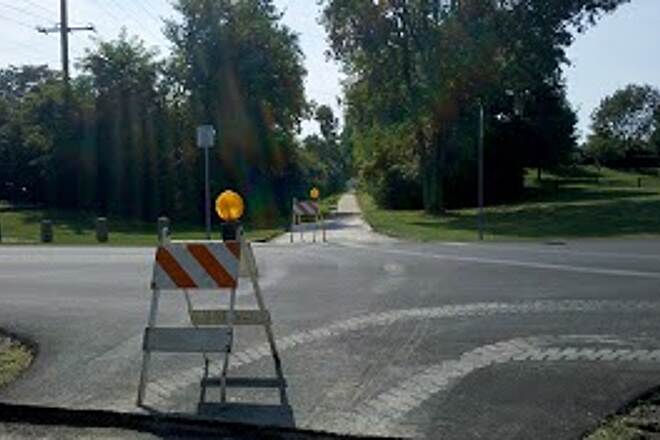 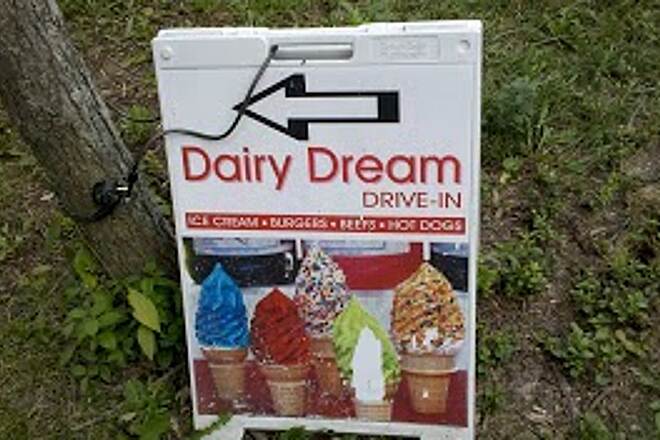 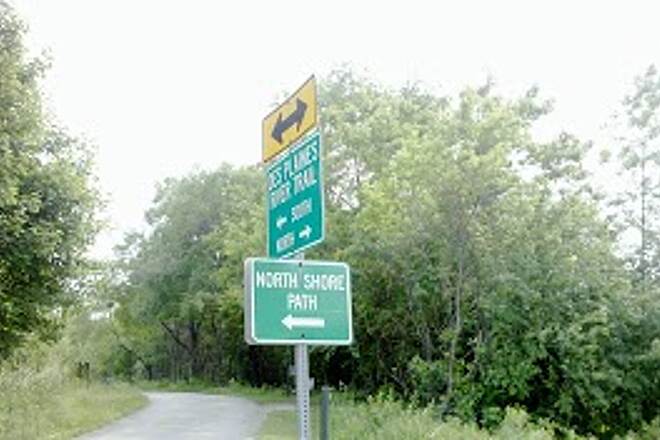 The North Shore Bike Path runs for nearly 8 miles between Lake Bluff and Mundelein, paralleling State Route 176 for the path's entire length. The trail is one of dozens in the Chicagoland area, all of which link to one another for cross-city access to suburbs, parks, business districts and scenic Lake Michigan. At its eastern end, the North Shore Bike Path connects to the Robert McClory Bike Path at Sheridan Road and Scranton Avenue.

You can access the North Shore Bike Path from any where it crosses a road or from the Des Plaines River Trail or Robert McClory Bike Path. There's no official parking for the trail but parking is available in Libertyville and Mundelein.

Trail surface is good, way too many stops though for roadways, etc. Rode after a rainy day so maybe that added to the low rating. A lot more routes in the area with less stops though.

I enjoy this trail almost weekly. I'm lucky enough that it's walking distance from my home. Some roads to cross with traffic but I like the length and it provides connection to other trails and forest preserves along the way. You run through neighborhoods more than wooded forest or secluded areas like the Des Plain River Trail. You can get in a nice half-marathon, marathon, or ultra.

This trail provides an interesting variety of scenes, from alongside a busy road to backyards, to light industrial areas and to tree lined corridors. Don't worry about having to cross some "dangerous roads" - these are apparently Butterfield Road and Milwaukee Ave (about 1 and 2 miles from the start of the trail in Mundelein) but both have a well-signed jog of less that 100 feet to a signalized intersection, complete with pedestrian-activated walk signals. Otherwise there are a fair number of other street crossings with the busiest ones right at signal-equipped intersections. No dedicated parking areas, but we started at Lake Bluff and parked in the Metra station parking lot - free on weekends! There's a Culvers (food and ice cream)right along the trail near Libertyville that provides a bicycle rack adjacent to the trail. Big plus is the seamless connection at Lake Bluff with the Robert McClory Bike Path as well as with several other trails along the way.

Biking on the BIKE Path

When it's busy, it is difficult to safely bike with all the joggers, walkers and strollers on the trail that don't understand they need to stay to the right. Bikes can generate a lot of speed. I wish signs would be posted about trail etiquette to avoid accidents.

I started riding from downtown Lake Bluff where the trails begins and rode all the way to Mundelein where the trail ends with my friend. It was so beautiful. The one bad part about the trail us that you have to cross two fairly dangerous roads. I was upset I didn't get to enjoy the ride back because it started raining. But besides that great trail including scenic views and it was nice and quiet.

"This is a rail-to-trail that runs from Lake Bluff (McClory trail) west to Mundelein, paralleling IL 176, and crossing the Des Plaines River trail and passing by Lamb's Farm. The trail provides a east-west link where most of the major routes go north-south. It's not particularly scenic, it's flat, and some of the crossings are not optimal (e.g. Milwaukee Avenue). TO CONTINUE ACROSS LAKE COUNTY: At west end of the trail, stay on Hawley Rd west to go through Mundelein. Just before you cross the railroad tracks in Mundelein is a good, cheap Mexican restaurant. Continue west on Hawley, then (carefully!) about 0.5 miles on IL 176 then left on Ivanhoe -- go across the barrier at what seems to be the end of Ivanhoe to continue on ""formerly paved"" Ivanhoe in the Lakewood Forest Preserve past the Lake County Museum and on to Wauconda. Then you can go north on Old Rand, west on Bonner (bike lane), north on Darrell, west on Burnett and you have crossed Lake County, IL completely from east to west and are close to Moraine Hills State Park, McHenry, and the northern part of the Fox River Trail. "

"This trail is a spur going west off of the North Shore Trail at Lake Bluff, IL. Just south of central Lake Bluff, you go down a steep ramp to IL-176 (walk bike). From there the trail goes west to Libertyville, parallel to 176 on the south. Trail is crushed limestone and paved in different places. Connection to the Des Plaines River Trail."