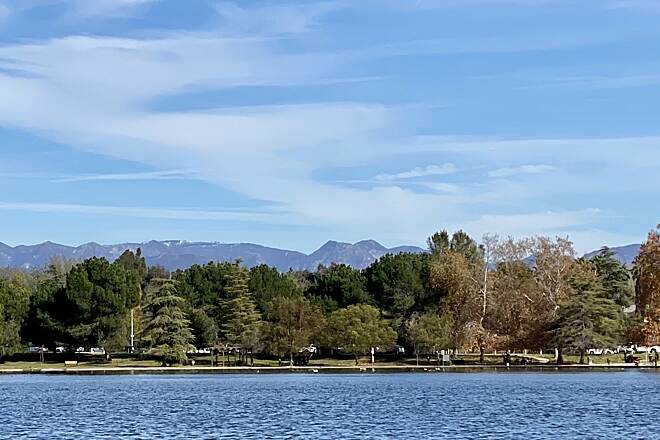 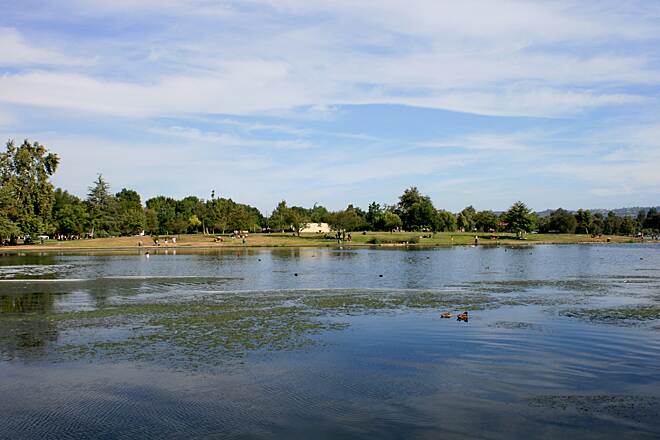 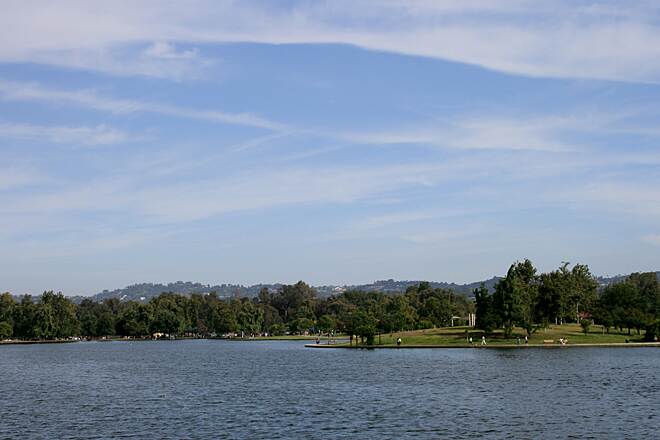 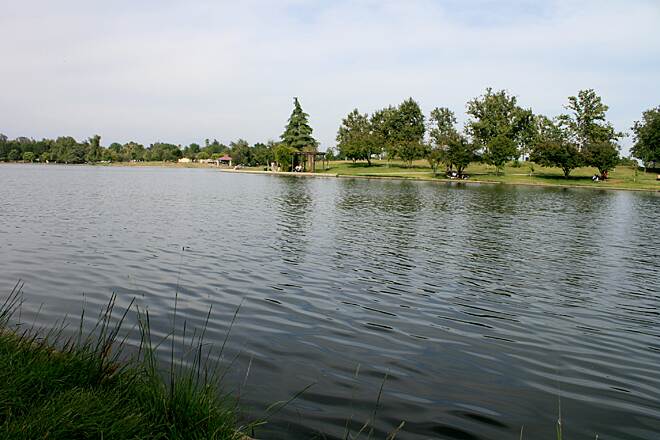 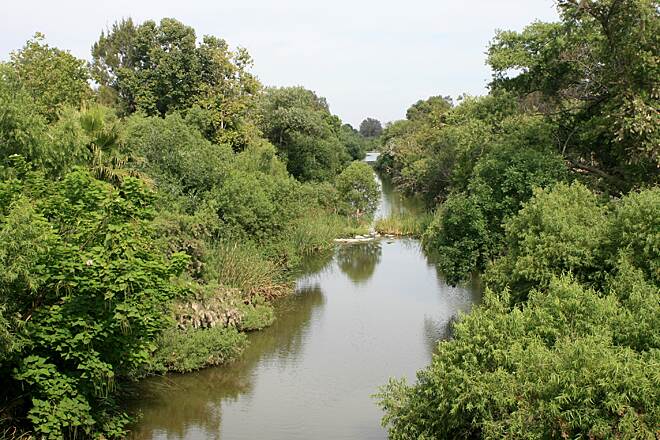 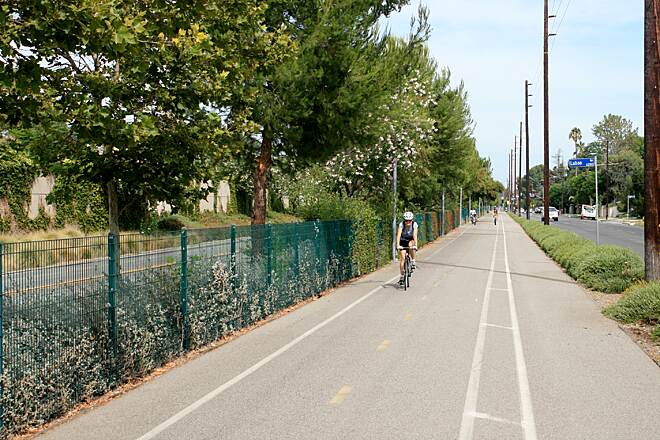 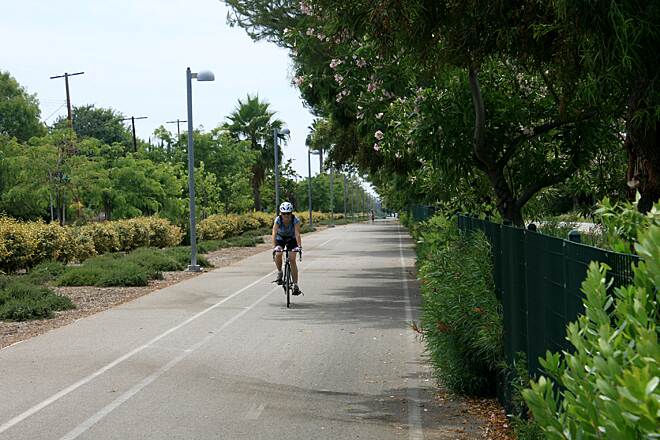 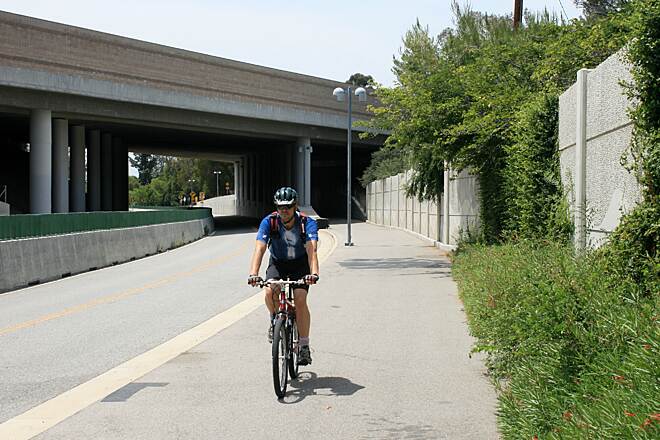 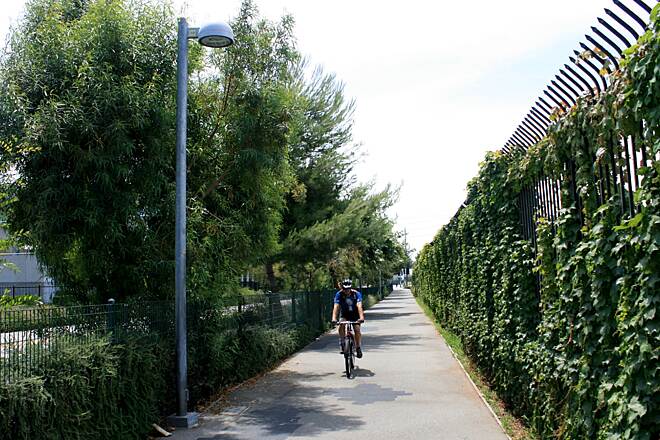 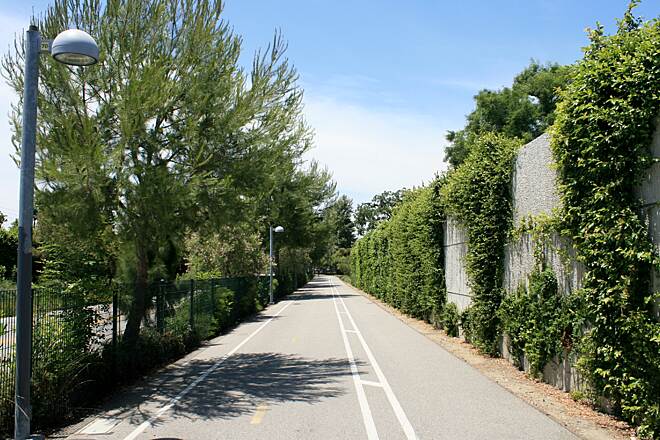 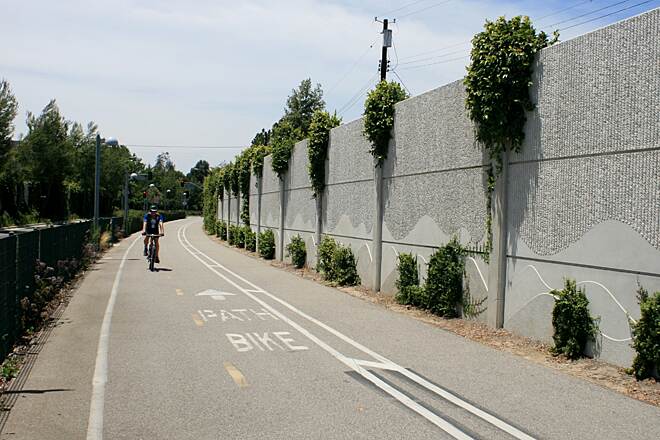 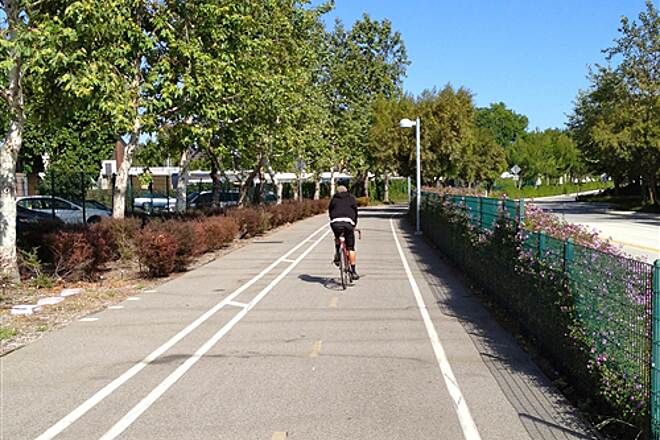 The Orange Line Bike Path is an 18-mile rail-trail paralleling the Los Angeles Metro's Orange Line rapid busway in the northern neighborhoods of Los Angeles. Both the busway and the trail stretch from North Hollywood to Chatsworth along the former Southern Pacific Railroad Burbank Branch right-of-way.

The path provides residents of the San Fernando Valley with a dedicated environment for cycling and walking while connecting to rapid transit. Steps from its eastern terminus is the North Hollywood Metro Station, while near its western end is the Chatsworth Station, which services Metrolink and Amtrak.

Although its purpose is utilitarian, the trail is not without its charms. Native plants line the pathway, as well as public art. The trail also runs adjacent to Anthony C. Beilenson Park, which features Lake Balboa, a playground, picnic tables, a sports complex and other recreational amenities.

Note that the easternmost two miles of the path are on-road bike lanes along Chandler Boulevard.

There is a park-and-ride lot at the Sherman Way Station, parking at Chatsworth Depot and parking available in nearby Anthony C. Beilenson Park (6300 Balboa Boulevard in Encino).

I use this bike path quite often to "save legs" on my bicycle rides when heading to Santa Monica Mountains or the Valley Circle loop. Since it's mostly flat.
It's good but not perfect, for families with kids riding recreational it's great, for road cyclists not much, the asphalt have some big cracks on some areas specially near the beginning at Chandler all the way to Sepulveda Blvd area.
Some areas like the Burbank Blvd where there is the Valley Community College crossing can be annoying due to the really slow traffic lights (and traffic lights are a constant and take really long times to change).
Between Van Nuys Blvd and Lake Balboa you have some areas that I personally would avoid in less busy hours with many homeless on the surrounds and some really desert spots (it was worst in the middle of the pandemic, today is a bit better but still I would not ride too late or after sun is down around that area).
Not Water stations thru the path but many Gas Stations and Liquor Stores you can buy water on the way...
Tip: After Canoga the Bike Path goes up the Valley so if you plan to go West towards Calabasas, I recommend not going the Victory Blvd (specially on the Westfield area the asphalt is terrible, drivers don't respect and the sidewalk is completely destroyed, go South on Canoga to Ventura Blvd and use it's bike lane... Not ideal but much better and relatively safer.

Only downside is the amount of stopping at lights for major streets. You can add some quick mileage if you do the Balboa Park loop once or twice (about 7 miles each loop). Water is scarce on the trail itself but Balboa Park is a good pit stop. I like to park at Canoga Station and leave from there

I rode this path today and really enjoyed it. Smooth, paved path. Downside is getting there Toluca Lake. You have to ride a few miles in traffic, which is stressful. And there are a lot of stop lights along the trail. But otherwise, I really enjoyed it. Pretty flat and easy ride.

A great place to ride with family and friends.

this path is a fun and easy way to enjoy a day of riding. And a way to comute with lockup bike racks for commuters.
It's safe and the ride though Balboa Park is very nice. from woodland Hills to N Hollywood ride stop for a bite to eat and head for home on a path that is wide and safe. Enjoy.