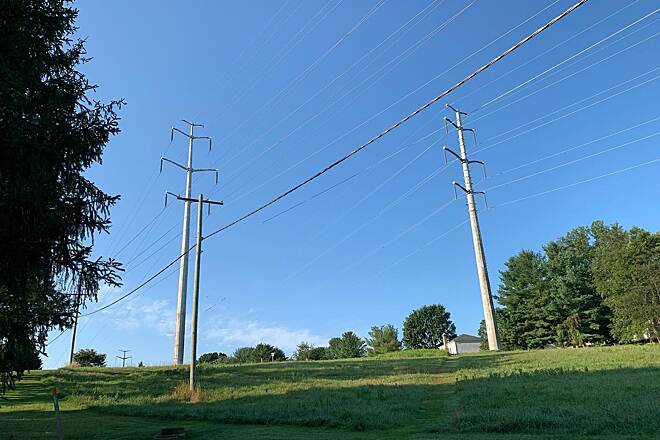 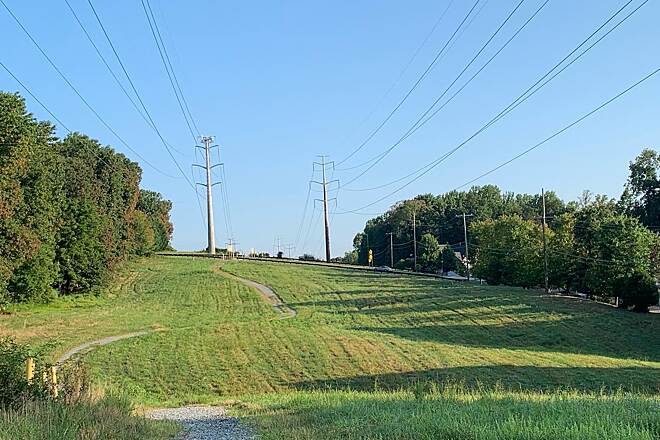 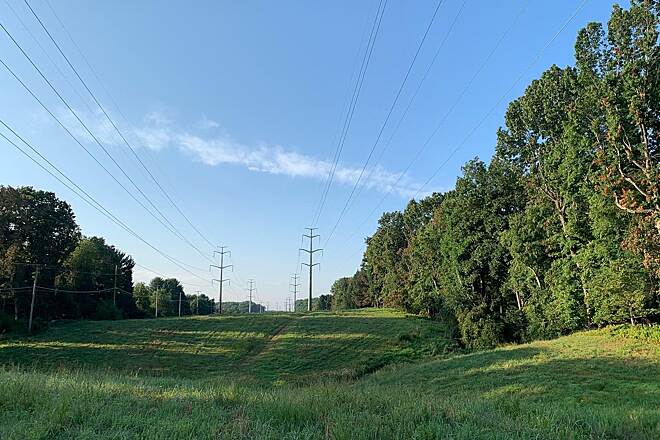 This trail traces a hilly green swath located in a Pepco electric utility right-of-way that stretches between South Gernmantown Recreational Park and Muddy Branch Stream Valley Park. It's a natural surface trail but it is still suitable for a range of users including hikers, runners, bird-watchers, dog-walkers, mountain bikers and equestrians.

The trail branches off from Hoyles Mill connector trail in South Germantown Recreational Park (you will find a milepost 0.0 where the trail begins near Schaeffer Road, and then markers every 0.2 miles after that). The grass- and wildflower-covered rolling hills spread out in front of you as you travel along the trail. The slopes can be a fun challenge, but keep in mind that large portions are open trail, with only the power lines towering overhead for even a semblance of shade. At the 2.2 mile mark, the trail comes to Seneca Creek Greenway Trail, and splits between a hiking only and a multiuse portion. The multi-use portion uses the Seneca Greenway Trail, Riffleford Road and the Seneca Ridge Trail to navigate back to the Powerline Trail. From there, it's an another 3+miles to Muddy Branch Stream Valley Park and the current end of the trail. Future plans include extending from that point another 7.6 miles to Cabin John Regional Park in Bethesda. Unlike the existing trail, that new segment will be paved and construction is set to begin in 2022.

The Powerline Trail is the product of a collaboration between Montgomery Parks and Exelon, which in 2015 was undergoing a merger with Pepco, and agreed to allow access to their utility corridors to site recreational trails. The trail was opened in 2018.