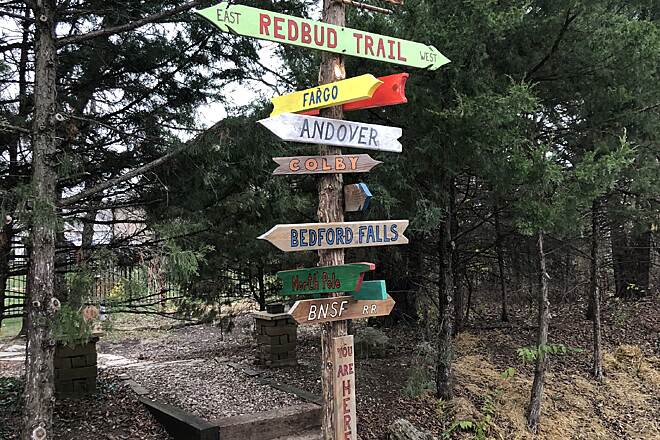 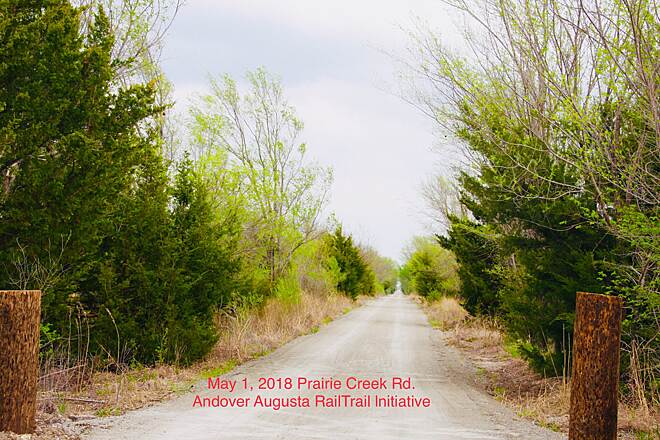 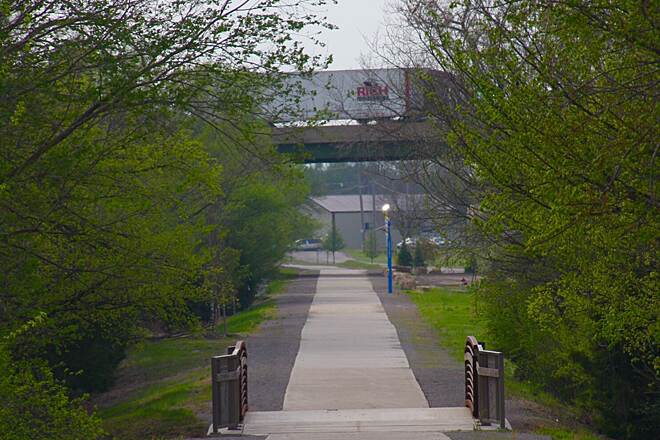 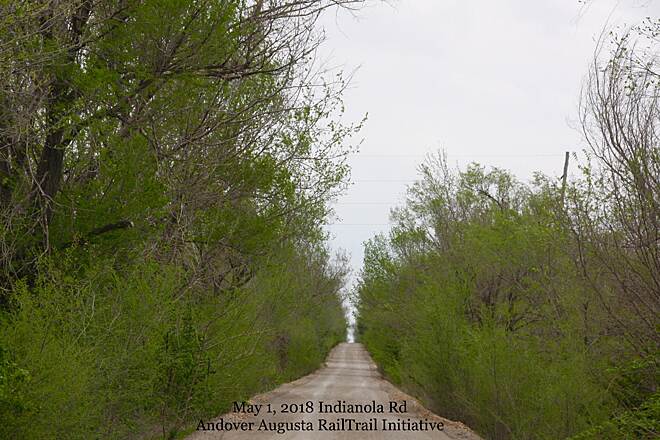 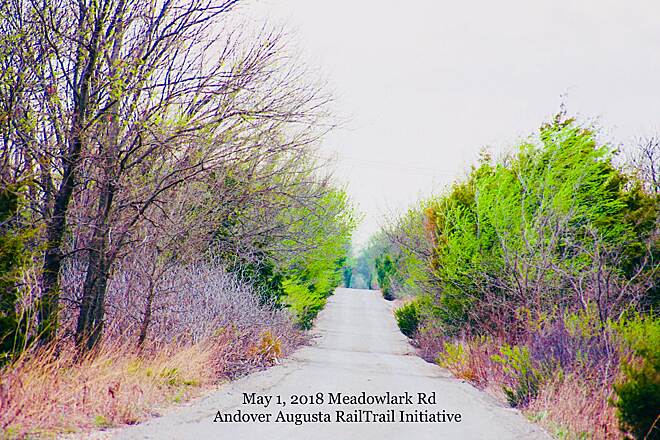 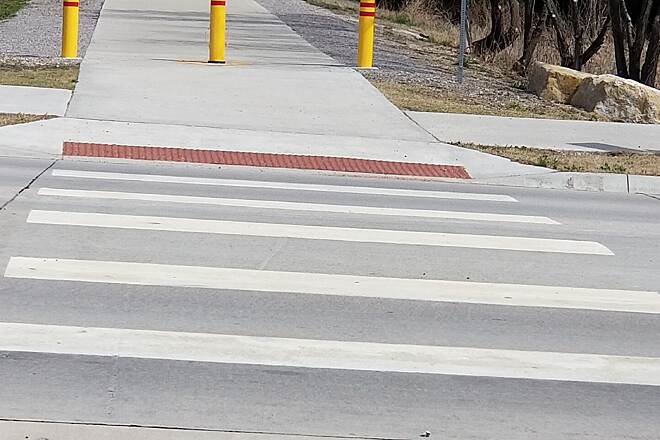 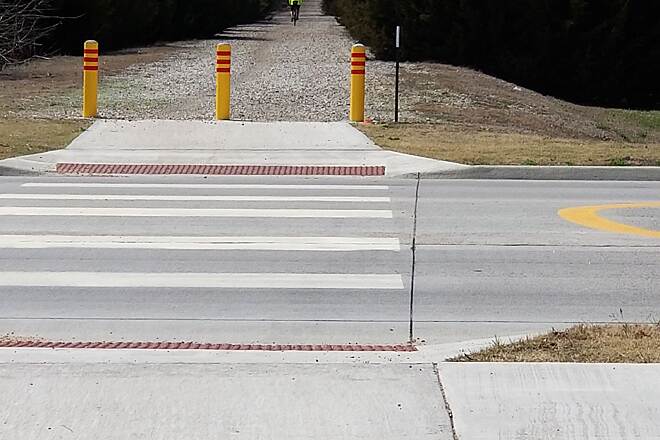 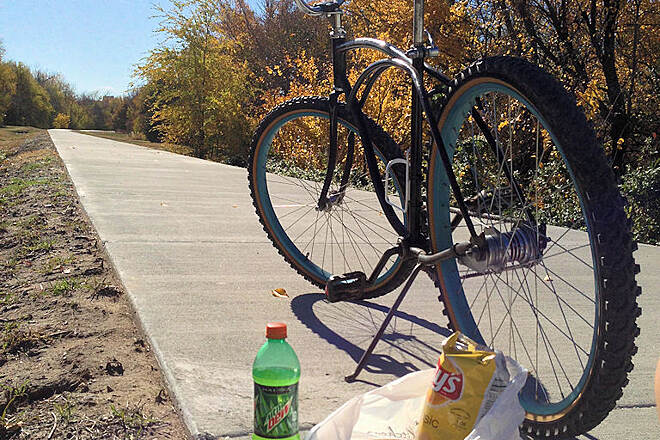 The Redbud Trail takes users on a journey via the former BNSF railway corridor that slices right through downtown Wichita and its surrounds. The railroad was once the lifeblood of the growing city, and played a crucial role in the development of the region. It was used to export local agricultural commodities like hay and livestock, and brought in manufactured goods from across the country. The corridor has now been remade as a linear park, with a 10-foot wide trail for walking, jogging, biking, dog-walking and other non-motorized uses.

Beginning from the western end, the park passes by residential areas, churches and parks up to East 17th Street, close to Wichita State University. It then heads directly east until it crosses over into Butler County, where it begins to angle to the south slightly. The trail crosses over many roadways along the way (occurring every mile or so), all of which are at-grade and many of which feature no marked crosswalks or even curb-cuts. Thankfully, projects are underway to help improve the trail experience and install safer and more convenient crossings, but in the meantime, be sure to exercise extreme caution.

The trail is paved for the first 6 miles in Wichita, while much of the rest is surfaced with gravel or crushed limestone. Again, plans are in the works to pave more of the trail, but cyclists are advised not to ride the unpaved sections after recent rain to avoid damaging the path.

The Redbud Trail intersects with the K-96 Bicycle Path which in turn links to the McAdams Bike Path as well as other Wichita trails. The trail was extended eastward into Butler County thanks to local officials and trail groups - this section is also known as the Andover-Augusta Rail-Trail, and is paved between the county line (N 159th Street) and East 13th Street in Andover, with the remaining trail to the south featuring a crushed limestone surface. It currently ends at US-54/400 outside Augusta, although long-term plans call for extending the trail across the highway and into the town of Augusta proper.

There are 3 trailheads, marked by distinctive steel arches. The trailheads, known as pause points, feature amenities such as benches, signage, and parking.

Trailheads can be found at:

Additional parking can be found in the following locations (from west to east):

Love the new part going from Andover towards Augusta. Not much traffics and nice chipped path. Like to run and bike on it.

A lot longer than listed.

I am not sure where this path starts to the west. I took an unmarked bike path from 135 to the RedBud trail a few miles away. It is paved and out of the way - which makes it nice for riding. But at one point the paved trail stops and a gravel portion starts. The gravel portion is blocked off making it look like it is closed. The gravel portion was ok. The gravel can be a bit loose and thick. I was riding 700x41 Knards and would not like to be on smaller tires. I wanted to really love this path BUT the constant road crossings was horrible. One intersection took me probably close to 5 minutes to cross - HORRIBLE. The street crossing are abundant and really made me dislike this trail (out east). The trails were also roped off so you had to stop and lift your bike over them - at least I had to. Parts of the trail were very nice but I gave up due to the street crossings. It was nice that this path crossed the K96 path which allowed me to connect trails and get in a 30 mile ride. Like the previous review, I hope they leave it gravel instead of concrete. Crushed limestone would be best and cheaper... Wichita is trying to provide a better bikeway (Bike, Hike, Walk) and this is a good start on the west end.

Great trail, it is now paved all the way to Woodlawn. East of Woodlawn it is gravel all the way to Andover. Its a great gravel-bike ride, I hope they keep it gravel and do not pave it all.

I walked the first .75 mile starting near the I-135 bridge. Not much shade on this part of the trail. I got out there later than planned so I didn't walk as far as I wanted due to the heat.
The road crossings mentioned in the other review have been completed, at least on the section I walked.
I'm looking forward to walking the rest at some point.

Path is not yet finished. It is mostly paved with the exception of the road crossings where it is still gravel/ballast.