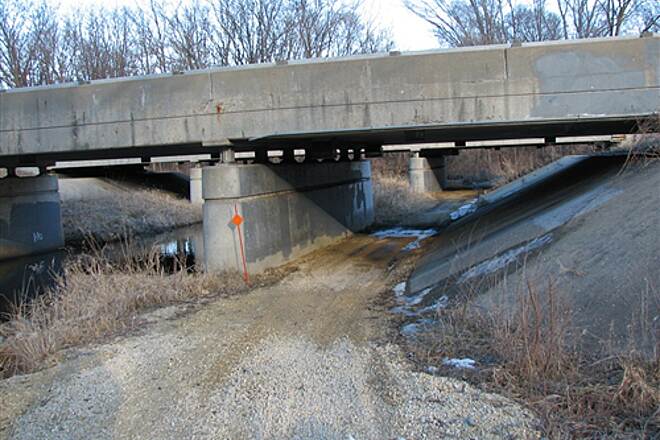 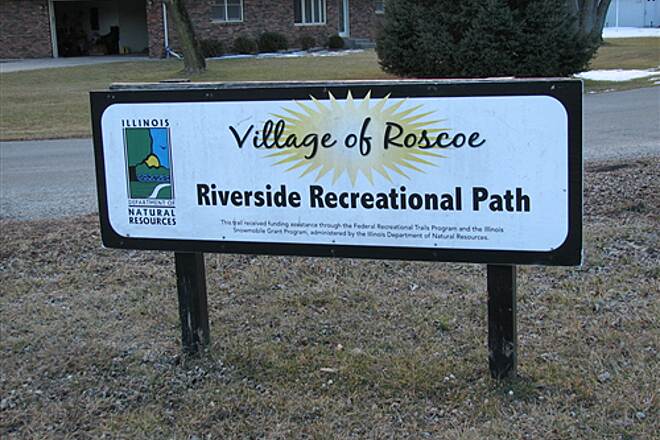 The Riverside Recreational Path begins as a gravel lane at the base of Riverside Park on the banks of the Rock River in Roscoe. From there, it continues along Rowena Street, paralleling State Route 251, through a residential area until it goes under 251 at the south branch of Kinnikinnick Creek. You'll travel under a canopy of trees along the south side of the stream until you reach River Street. A foot bridge will take you across the creek, and then you'll follow the north side of the waterway until the trail's end at the intersection of Cross and Broad Streets. A short distance away, off Main Street, you'll find the Leland Path, which offers helpful connections to some of Roscoe's most scenic areas.

Trail-goers should note that the pathway is not well-signed and has varied terrain.

Parking can be found at Riverside Park (Bridge and River Streets, west of SR 251).

This is a nice gravel, grass, dirt and mud trail that goes along both banks of the south branch of the Kinnickinnic Creek right in the middle of Roscoe.

It has benches and lights on the south side of the creek. Nothing on the north side.

It is mostly a snowmobile trail I think, but I saw boot prints, ATV tracks, and bike tracks when we walked on it. Pix and video at http://ilbob.blogspot.com/2012/02/riverside-recreational-path-and.html.

The east end of the path is only a few blocks from the Leland Path via lightly traveled village streets for bikes and sidewalks for walkers. Leland provides connections to the Stone Bridge Trail, Kinstone Path, and the Hononegah Path.

The west end of the path is Riverside Park. There is a gravel road there that follows the perimeter of the park that we also walked. It might well make for a nice bike ride as well. The far side of the park is along the river and we saw ducks and geese. The park has typical park amenities, although the toilet facilities were padlocked when we visited. Maybe a seasonal thing.