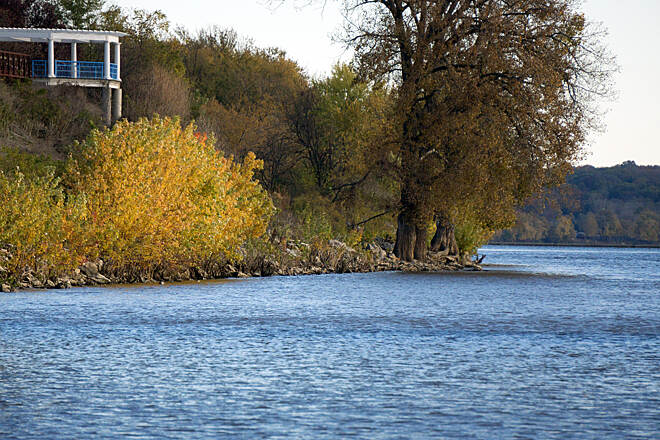 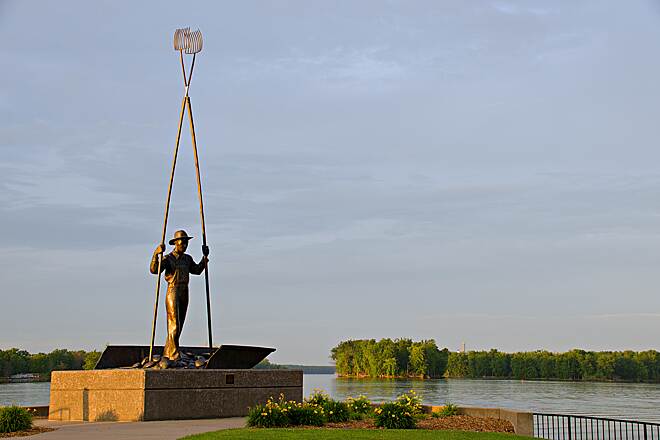 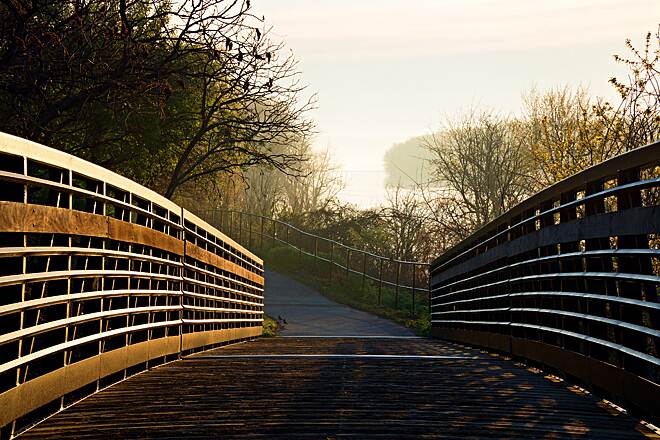 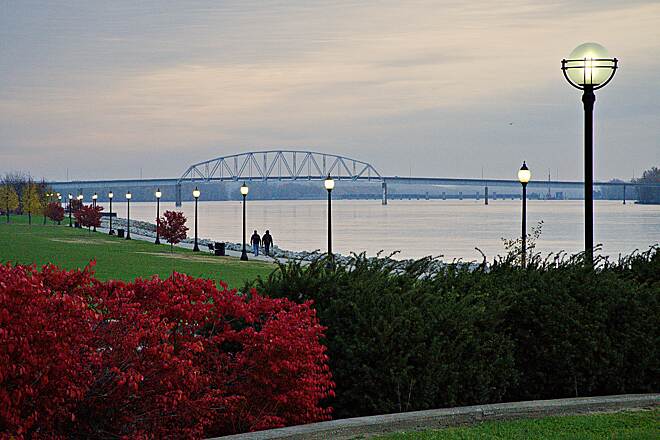 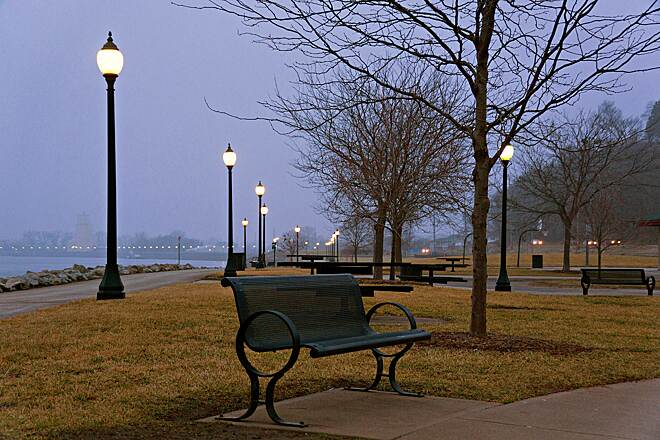 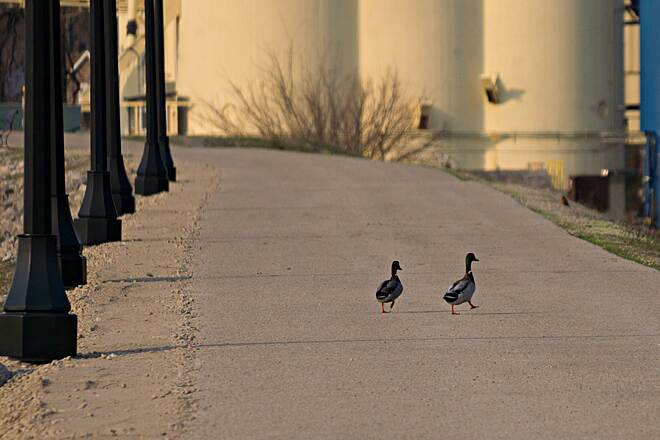 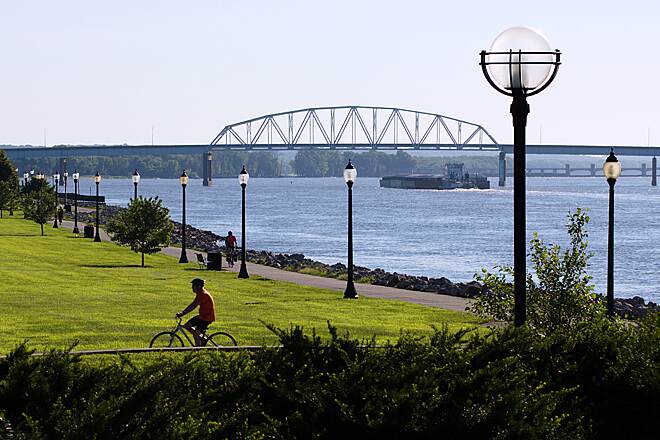 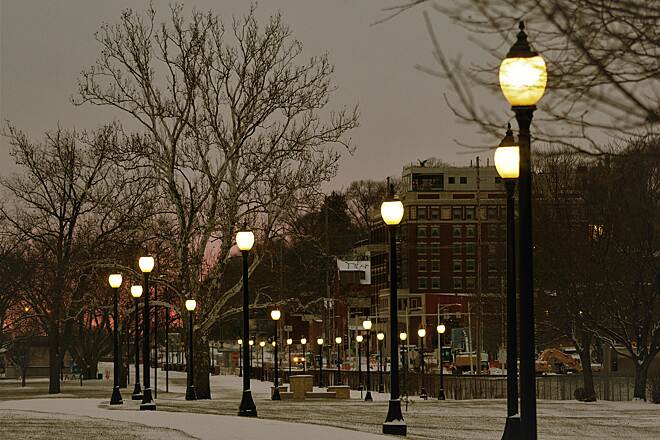 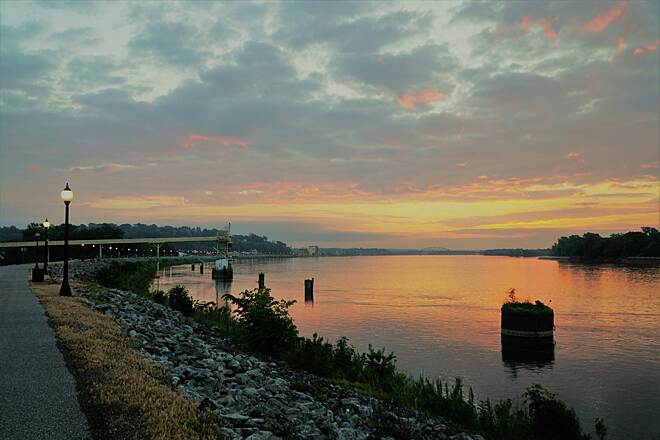 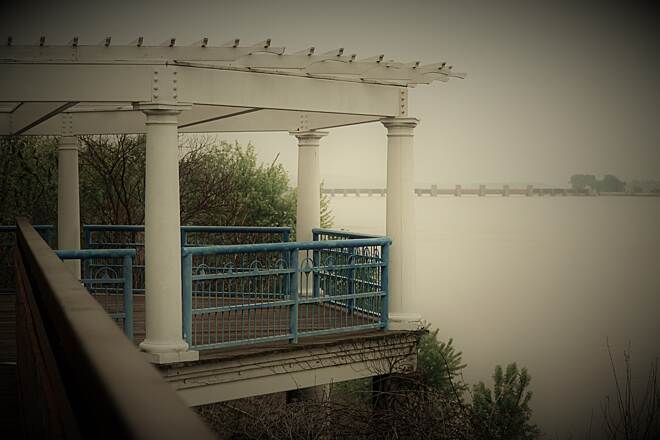 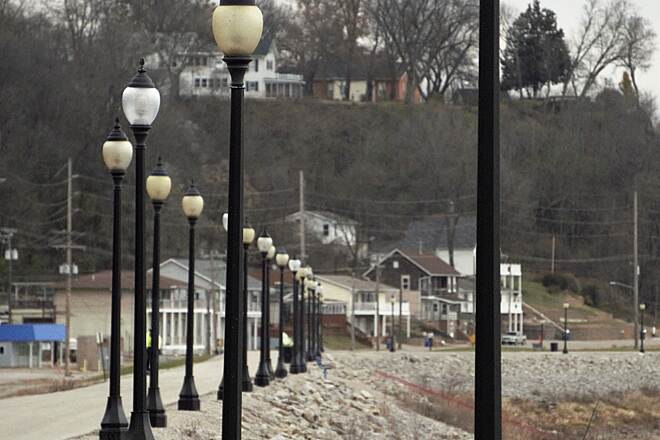 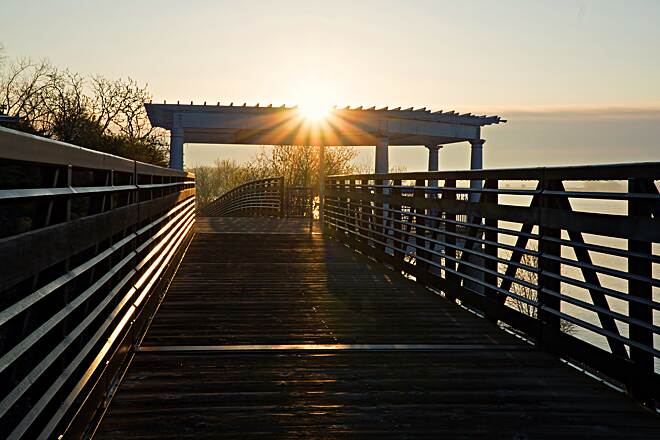 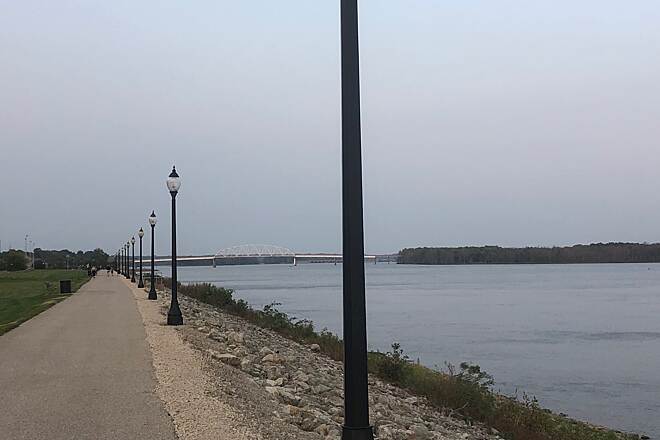 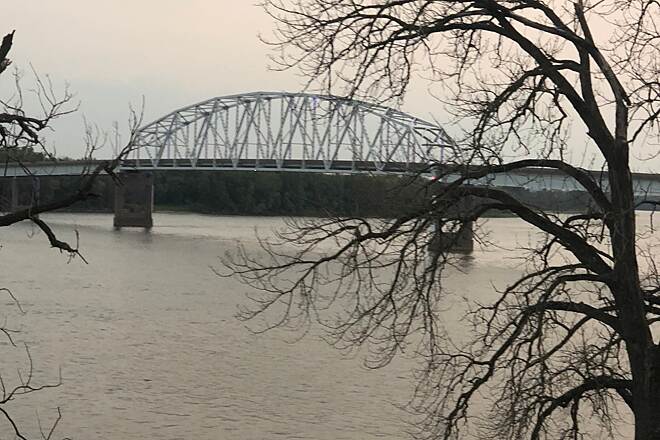 Muscatine’s Running River Trail System offers paved and unpaved routes crossing the riverside city. One of the most beloved segments sits right on the water’s edge: The Riverside Trail is 5.3 miles of paved pathway that brings Muscatine residents to the Mississippi River and through several city parks.

On the southern end, this section of trail begins at Musser Park and heads north-east right on the right on the river bank. Expansive river views are the order of the day as one rides through the aptly named Riverside Park. Within the park, the trail is flanked by a row of streetlamps that allow users to safely use the trail at night. The park is also the best place to view the Norbert F. Beckey Bridge, with its nightly display of multicolored LEDs reflecting off the water’s surface. The park also features a splash pad, children’s playground and a boat launch.

Past the boat launch, the trail crosses over the other side of the tracks and pulls away from the river, venturing into the nearby neighborhoods. After paralleling the train tracks for the previous 4 miles, the trail makes a sharp left turn crossing State Route 22 and into the historic Weed Park, a lively place with lots for families to experience. Kids can go fishing at the Muscatine Aquatic Center, see waterfowl on the three-acre lagoon and roam through the Zoo Garden, which commemorates the zoo that once occupied part of this site until 1980. There’s also playgrounds, picnic shelters, tennis courts and volleyball fields.

After another at-grade crossing, this time on Colorado road, the paved pathway curves around the Muscatine Community College, with a spur jutting west to the Muscatine Mall. The conclusion of the trail can be found east of the campus, on Solomon Avenue.

Just south of this trail is another segment of the Running River Trails System known as the Kent-Stein to Deep Lakes Park trail.

Parking can be found in Weed Park (1 Park Dr.) and Riverside Park on Harbor Drive.

I love how the views on this trail vary from surrounded by woods on the north end, to going through quiet residential areas in the middle, and then the historic downtown and finally along the Mississippi River levee with a nice high view of the river and surrounding area. I've biked or walked on this trail many time and it's always a great place to be. The trail is asphalt and well maintained.

Great ride and views of the Mississippi River. Highly recommended.